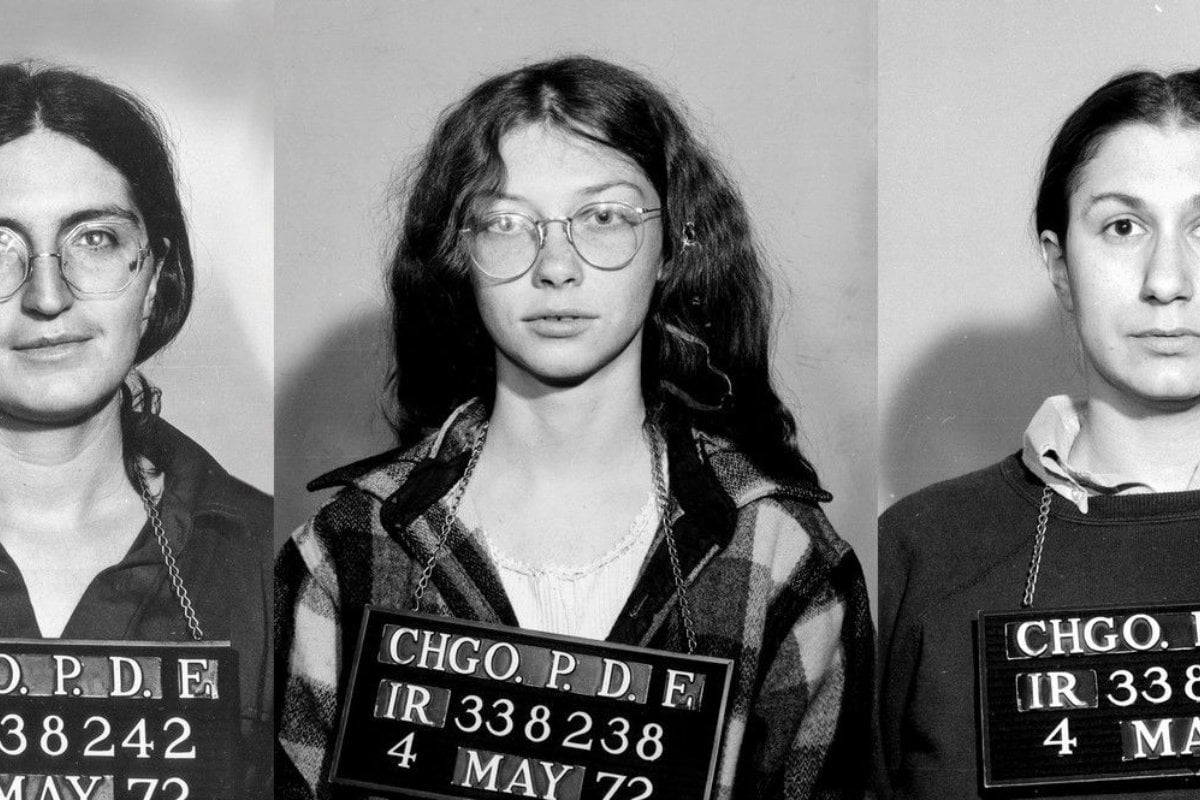 The documentary, The Janes, was released this month, telling the story of a clandestine network of women who built an underground network for those seeking safe abortions in the United States pre-Roe era.

This is a story that has always been important: the documentary lays bare the struggle and desperation of women who do not have the right to choose what to do with their own body.

But two weeks after The Janes premiered on Binge, it became an even more poignant and vital watch.

On June 24, the United States Supreme Court voted 6-3 to overturn Roe v. Wade, a ruling from 1973 that said a woman has a constitutional right to have an abortion.

Already, nine states have legislated to ban abortion in all circumstances. Many others are expected to follow suit in the coming weeks.

The world depicted in The Janes - of code words, safe houses and secrecy - is no longer just a dark thing of the past for many American women. For millions, especially in its conservative Southern and Mid-Western states, it's becoming reality once again.

At the time of the Jane network, abortion was considered felony homicide in the state of Illinois. Even circulating information about abortion was a felony.

Yet, across the country, it was estimated that 200,000-1.2 million illegal abortions occurred annually with mixed results that could lead to haemorrhaging, sepsis or death.

At the 'Jane' apartment in 1972, seven women were arrested and charged with 11 counts of abortion and conspiracy to commit abortion, facing a maximum prison sentence of 110 years.

Their attorney was able to delay court proceedings in anticipation of the Supreme Court's decision on Roe v. Wade the following year. When Roe struck down many abortion restrictions in the US, the charges against the Janes were dropped.

The collective's goal - to provide safe and affordable abortions - was now safeguarded by law, so they soon disbanded, having provided crucial healthcare to an estimated 11,000 women.

In The Janes, former 'Janes' feature for the first time, plus women who used their services, and legal and medical professionals.

The biggest takeaway? That no matter their legal status, abortions have always happened and always will.

Heather Booth was just a student advocating for women's rights at the University of Chicago in 1965, when a friend told her that his sister was pregnant and nearly suicidal.

She was unequipped to have a child and was looking for a doctor who could perform an abortion.

Booth started to ask around her contacts within the civil rights movement and learned of a reputable doctor, civil rights leader and surgeon T. R. M. Howard, who was able to help.

After a few years, Dr Howard fell out of contact. She only learned later that he had been arrested.

She had to go back to the drawing board, searching for other medical professionals that could help. She found a shadowy underworld figure called 'Dr Kaplan', named in the documentary only as "Mike".

By 1968, Booth was married and pregnant herself, so she recruited 10 other women to help her. They established the Chicago Women's Liberation Union out of frustration by the misogyny within other human rights groups.

From here, "Jane" was born. 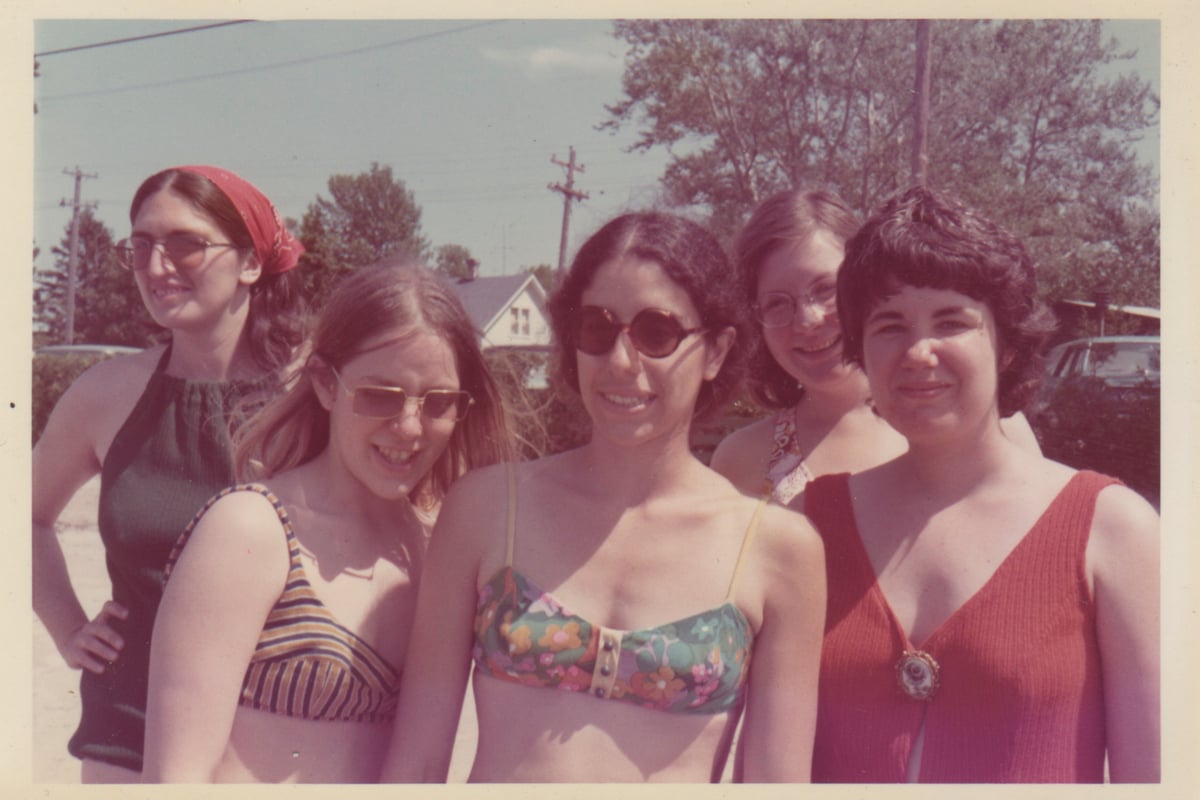 The group ran an ad in the underground paper and put up posters around Chicago, stating simply "Pregnant? Don't want to be? Call Jane".

In the documentary, the women recall the incredible amount of trust they received from their patients - ranging from teenagers to young mothers to daughters of police (and police themselves).

"Women would launch into these stories. 'I have three children', 'I have no money', 'My husband is leaving' or 'My husband is sick' or 'I don't have a husband', 'I'm 17, I want to go to college and I've got this scholarship and if I don't do this now...'," former 'Jane' Jeanne Galatzer-Levy recalled.

"They were really cogent reasons but we would really try to make clear to them, they don't have to justify themselves."

They established a two-part system: the Front and the Place.

The Front operated out of a home where counseling would be provided to pregnant women. Afterwards, women were driven to an apartment called the Place where Mike would perform the abortion.

In 1970, New York state legalised abortion, which drastically changed the demographics of women procuring the services of the Janes.

After this, wealthy and middle-class women would travel interstate for a legal abortion, leaving mostly low-income and women of colour behind. 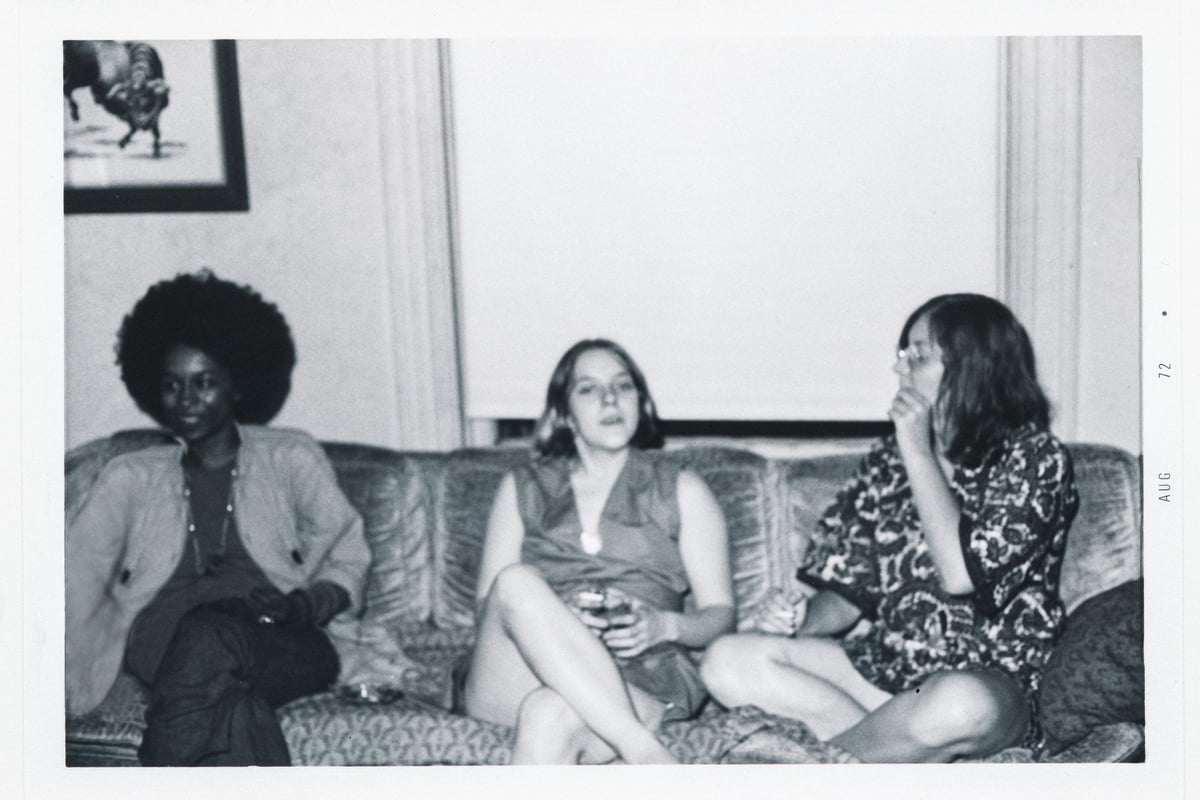 After a number of years, the Janes learned that "Mike" had lied about his medical credentials. He was not a doctor, but had been taught by a "real surgeon" to perform abortions.

This created conflict in the group, but also led many of them to realise that this might just mean they could learn as well.

A number of Janes learned how to perform surgical abortions and so even without "Mike," the operation continued.

Throughout its existence, the Jane network performed an estimated 11,000 abortions, mostly to low-income women and women of colour.

A network of felons.

Throughout its existence, the Jane network operated mostly in the shadows. Many of the members were hyper-conscious that what they were doing was illegal and could put them in prison.

"As far as society was concerned, we were scumbags. We didn't feel that way, we felt that we were doing the right thing. Not only was there was the need, but there was a philosophical obligation on our part, on somebody's part, to disrespect a law that disrespected women," Jane member Jody Parsons said.

But yet, for a long time, their operations were an open secret.

They can recognise that as a group of mostly white, middle-class women, they were afforded privilege.

"[We] didn't believe anything bad was ever going to happen to us," Booth told the Los Angeles Times.

"Because we were privileged. We all knew the possibility was there. But there was this piece on top of that that came from our position in the world. It was a very different story for women of colour who joined the group. They didn't have any of that bolstering." 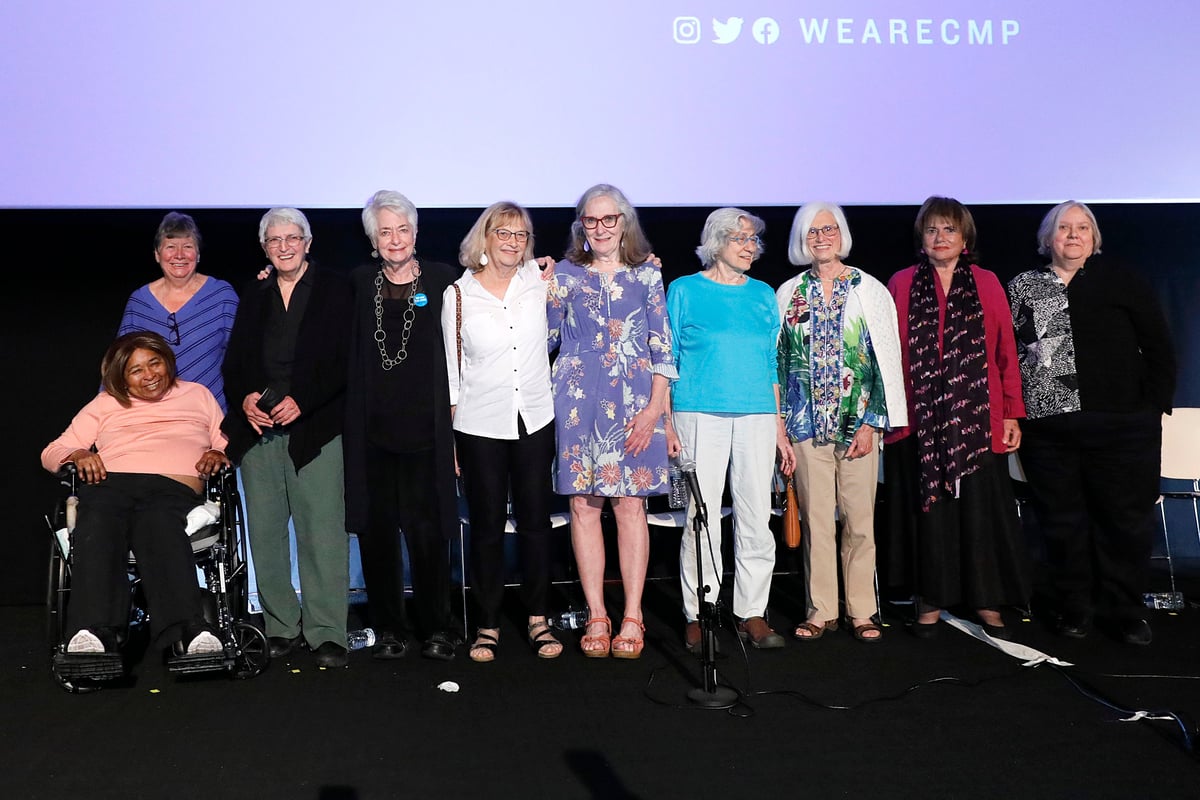 Michael, an attorney and 'Jane husband', recalled in the documentary another reason the women got away with it for so long.

"The clientele of Jane included daughters, wives and mistresses of police, state attorney, judges. They had to be hands off, they couldn't have worked the way they did and as long as they did with no interference at all without that, it just couldn't have been," he said.

That remained until the day two women visited a Chicago police station, claiming their sister-in-law was about to get an illegal abortion from an underground network.

Sgt. Ted O'Connor said his homicide squad was not interested in targeting abortions, but after ringing around, it was determined the responsibility fell on them.

"We were just the guys stuck with the law," he recalled.

On May 3, 1972, the Janes were operating as per usual, shuffling pregnant women to and from the Front and the Place. But that day, the homicide department followed the car and raided the apartment.

Seven women were arrested and charged with 11 counts of abortion and conspiracy to commit abortion, facing a maximum prison sentence of 110 years.

"We had these index cards that had all this identifiable information about women on it. We knew we had to destroy them, we started eating the cards," Galatzer-Levy recalled.

The Janes hired a female attorney, Joanne Wolfson, who was able to delay court proceedings in anticipation of the Supreme Court's decision on Roe v. Wade the following year. When Roe struck down many abortion restrictions in the US, the charges against the Janes were dropped. 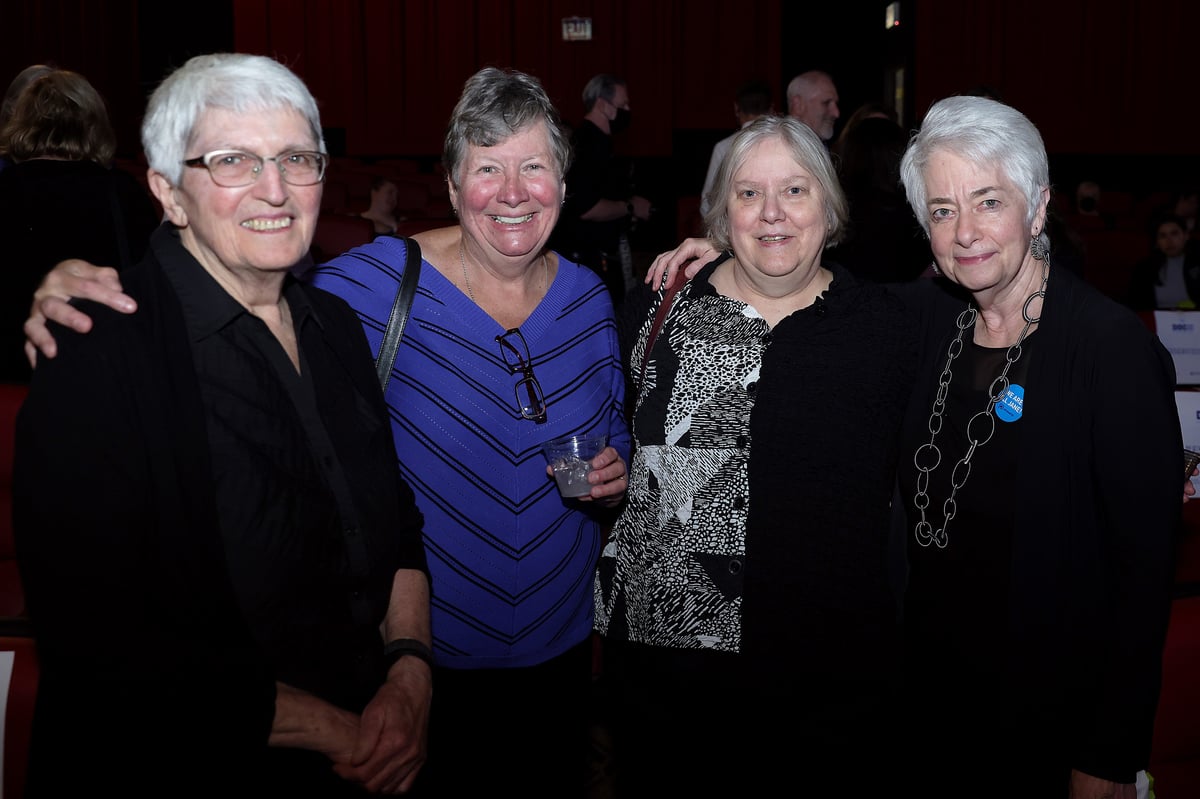 The collective's goal - to provide safe and affordable abortions - was now safeguarded by law, so they soon disbanded, having provided crucial healthcare to an estimated 11,000 women.

"I'm glad we could help them, but they shouldn't have had to go through it," one Jane said.

The Janes kept in touch with their patients for at least two weeks post-abortion and there were no reports of abortion-related deaths as a result of their work.

But they certainly saw the devastating impact of illegal abortions.

In The Janes, the women recall when a pregnant woman with an infection arrived at the clinic. She fled, but then ended up at Chicago's Cook County Hospital, which had a designated septic abortion ward where she died.

The septic abortion ward was often full of women who experienced life-threatening complications for botched procedures.

Alan Weiland, an OB-GYN who worked at Cook County as a medical student, said the ward was "full every day".

"What was seared into my brain was what desperate people would do when they think they have no other choice... Women would use objects to try to disrupt the pregnancy which perforated the uterus, perforated the bladder, perforated the intestines," he said.

"I recall one woman who tried carbolic acid. She had horrific burns.

"We would see 15-20 people a day. They either went to the operating surgery or they went up to the septic abortion ward."

After Roe v. Wade, the Cook County hospital septic abortion ward was no longer needed, and it closed.

"That sense of personal power."

In The Janes, former Jane Laura Kaplan said they had wanted every woman who contacted them to be afforded the chance to be the hero of her own story.

"I mean, we felt such agency. And we felt so empowered by saying we were going to do this, so we wanted to share that - that sense of personal power - with women who weren't supposed to feel a whole lot of powerfulness in their own lives."

As former patients recalled, they regularly succeeded at this.

"I was raised in a convent and I was beaten by nuns and abused by nuns, so I didn't think women gave a shit about women... When I saw women caring for women, not insulting them, not being sarcastic, not dismissing them, it was a whole new world for me."

The women of Jane then went on with the rest of their lives: to become artists, educators, healthcare workers, civil servants, writers and community organisers.

In promoting the documentary - while Roe v. Wade was under threat but had not officially been struck down - a number of the Janes spoke to the Los Angeles Times about a future without Roe.

"These are difficult times... people are saying, 'OK, I stopped being active, I'm going to be active now. I realise we can do something, we need to do something,'" Booth said.

"I think what Jane provides is that sense that you are not helpless or hopeless," Kaplan said.

"We all have the ability to do what we can, right now, that makes a difference in people's lives. There's a lot of young activism around the country that's just unbelievable. They don't need us to train them to do anything. I always say, we were ordinary people who accomplished something extraordinary."

The Janes is streaming now on Binge.