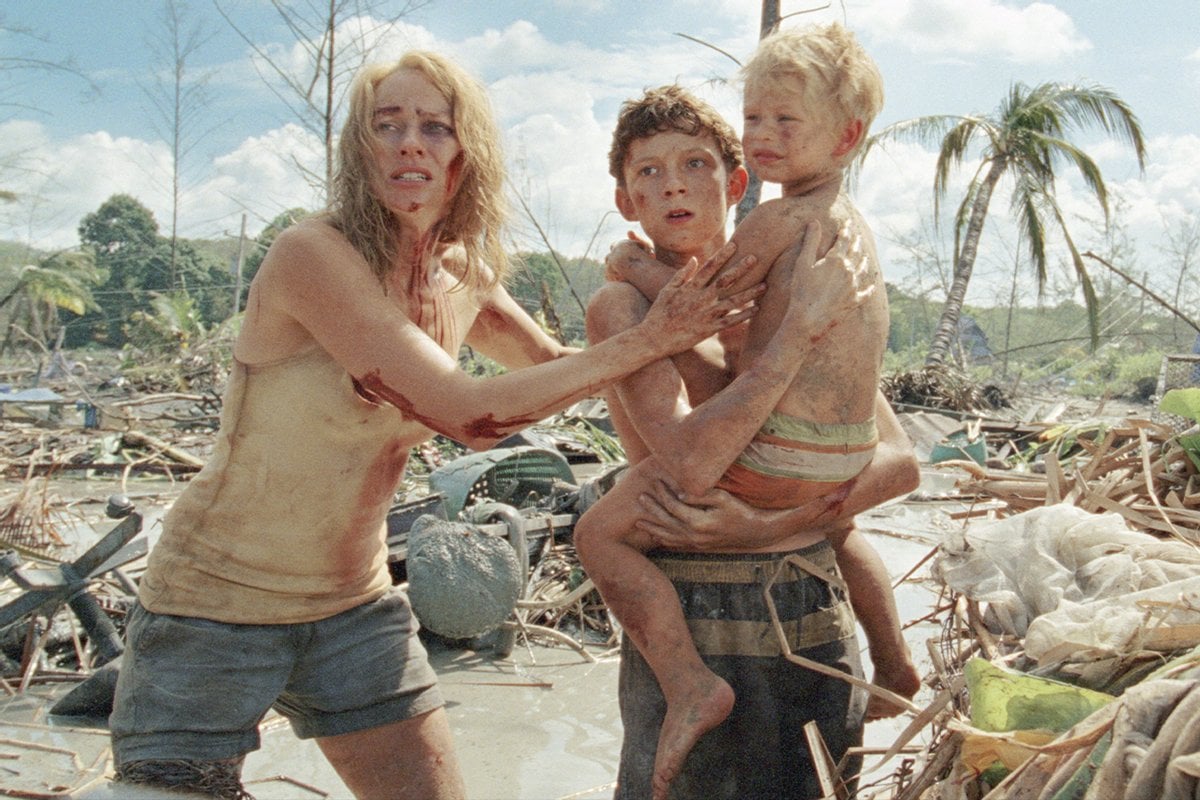 On December 26, 2004, María Belón was lying by the pool, reading a Spanish novel at the Orchid Resort Hotel in Khao Lak, Thailand. Her children – Lucas, 10, Tomás, 8, and Simón, 5, played in the water with their dad nearby.

Belón, a doctor, and her husband, Enrique Álvarez, had taken their children overseas for the Christmas holidays. That Boxing Day – just three days into their holiday – changed their lives forever.

"We started to hear a very horrible sound. I was looking around thinking maybe this is just in my mind. No one recognised the sound. It felt like the earth was coming apart but everything looked perfect," Belón told Mirror in 2017.

"I was facing the sea and saw a huge black wall. I didn’t think it was the sea. I thought it was a black wall coming to get us."

Watch the trailer for The Impossible below. Post continues after video.

Moments later, the Belón-Álvarez family was hit by the torrential force of the 2004 Indian Ocean tsunami.

Belón was separated from her husband and sons who were in the swimming pool. Doctors later told her she'd been underwater for at least three minutes.

"My family was all gone," she recalled to People in 2013. "It was, 'Oh my goodness, I’m alive but I am alone.' The most horrible thing I could ever think of was being alive without them."

But as she clung to a palm tree, she spotted her oldest son floating nearby.

"When I saw Lucas, I thought, 'Okay, I have an incredible reason to be alive,'" she said. "We were in the water struggling, and Lucas was screaming, 'We’re going to die!' I could feel something incredible, and I said, 'We need to be courageous, we need to take care of each other, but we will not die,'" she said. 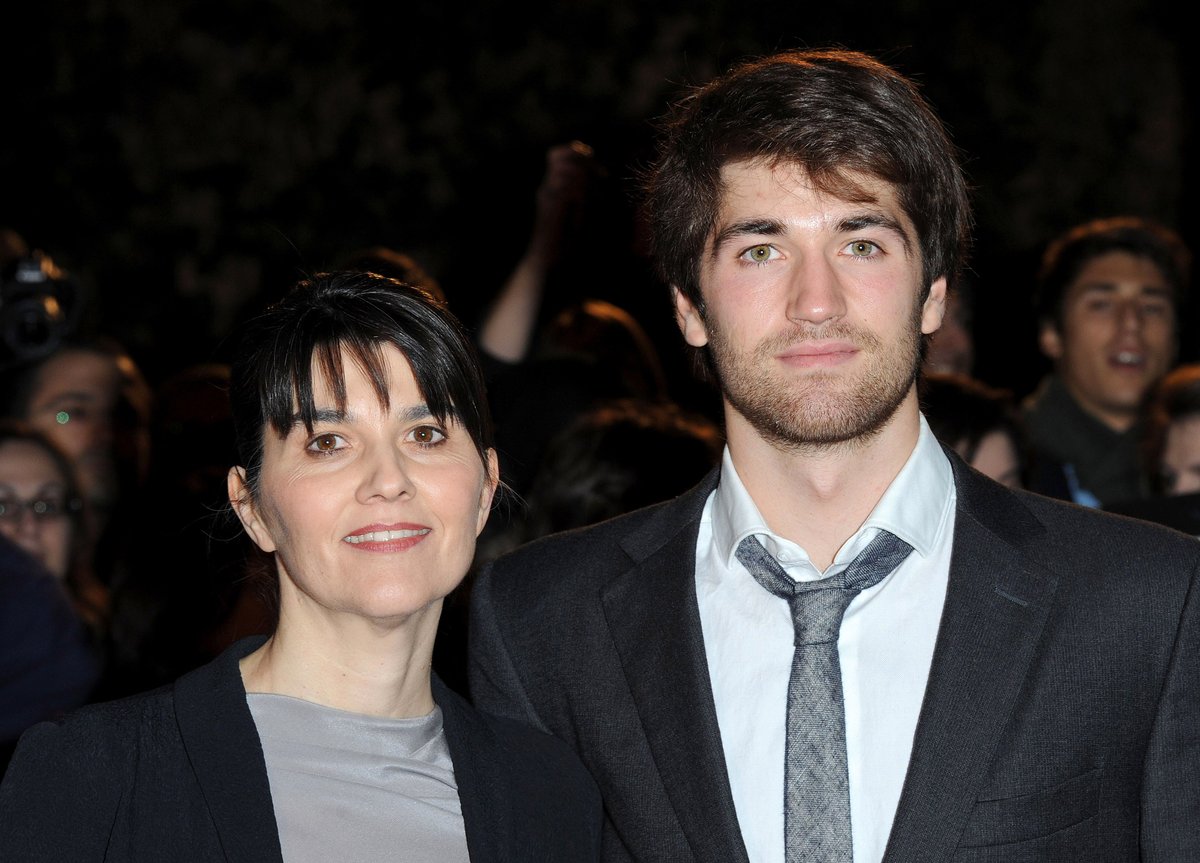 While Belón held on for her son, her injuries were slowly killing her. The impact of the wave broke her nose, tore her leg, and caused bleeding in her kidneys, bladder and intestines.

"I was dying, I could feel it happening to me. When I was up the tree, bleeding very heavily with very deep wounds, I could feel the dying process," she told Mirror.

Belón and her eldest son were rescued by a Thai man and taken to hospital.

"The man wouldn’t allow me to die. He dragged me through the mud for a long time until he was sure I was in good hands," she said.

After the tsunami struck, Álvarez lost his two youngest sons who had been in his arms, after a wave tore them apart.

Álvarez got washed away and later grabbed onto a palm tree, weeping about the loss of his children. Minutes later, he heard a voice. 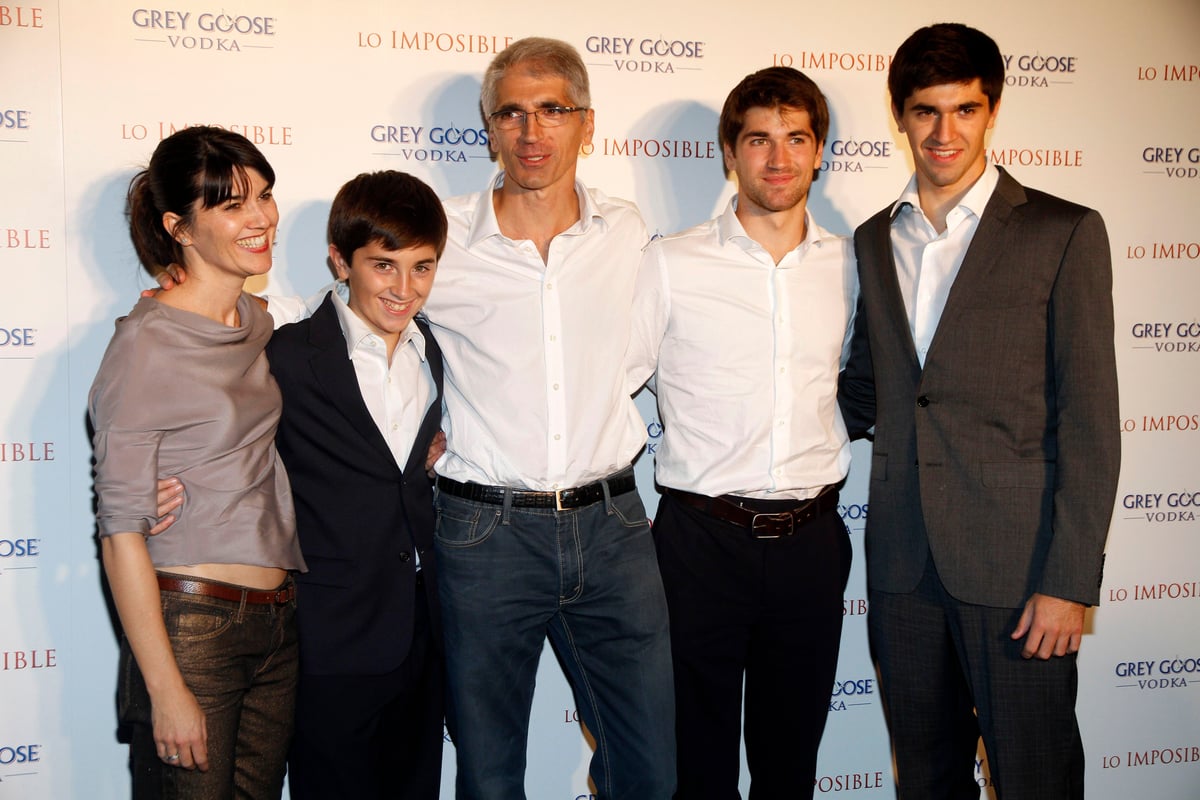 After life-saving surgery, Belón spent more than a year in hospitals in Singapore and Spain. The family spent six months sleeping with the lights on and her son, Simón, had nightmares about monsters without eyes.

"When my husband found Simón, he [was near] two corpses – one without an eye," she said.

The 2004 Indian Ocean tsunami is considered the deadliest tsunami in history. The 200-foot wave wiped away entire towns and killed over 200,000 people across 14 countries.

While María Belón and her family survived the natural disaster, she insists it was luck.

"There is no difference between me – a Spanish woman named Maria who is alive – and thousands of mums who are under the sea. I do not deserve to be alive, but life is not fair. I feel pain and compassion for so many others who didn’t come back up or lost the ones they love," she told People.

Years later, their story was turned into the 2012 film, The Impossible, starring Naomi Watts, Ewan McGregor, and a young Tom Holland as the Belón-Álvarez family. 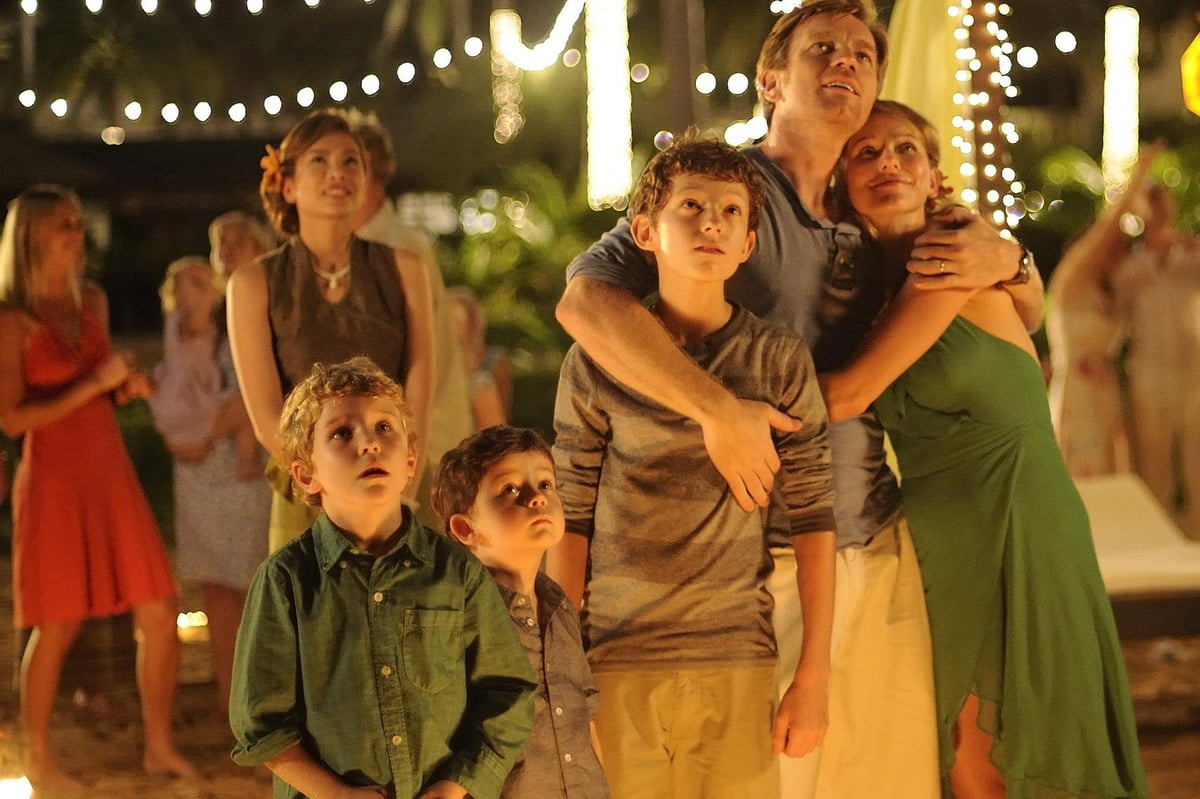 "They were very happy with the idea of the film being made because it was a way of showing the world how they had behaved, which was extraordinary," director Juan Antonio Bayona told Set Decor.

During filming, the Belón-Álvarez family returned to Thailand for the first time since the tsunami.

"We had to go back with different feelings than how we left," Belón told the Los Angeles Times. "We left feeling pain, shock. We needed to go back to that land, that place, and say sorry for the moment we spent together."

When they returned, the family members helped their actor counterparts get the wave scene right – explaining to them where they were standing and what they were doing when the tsunami hit. 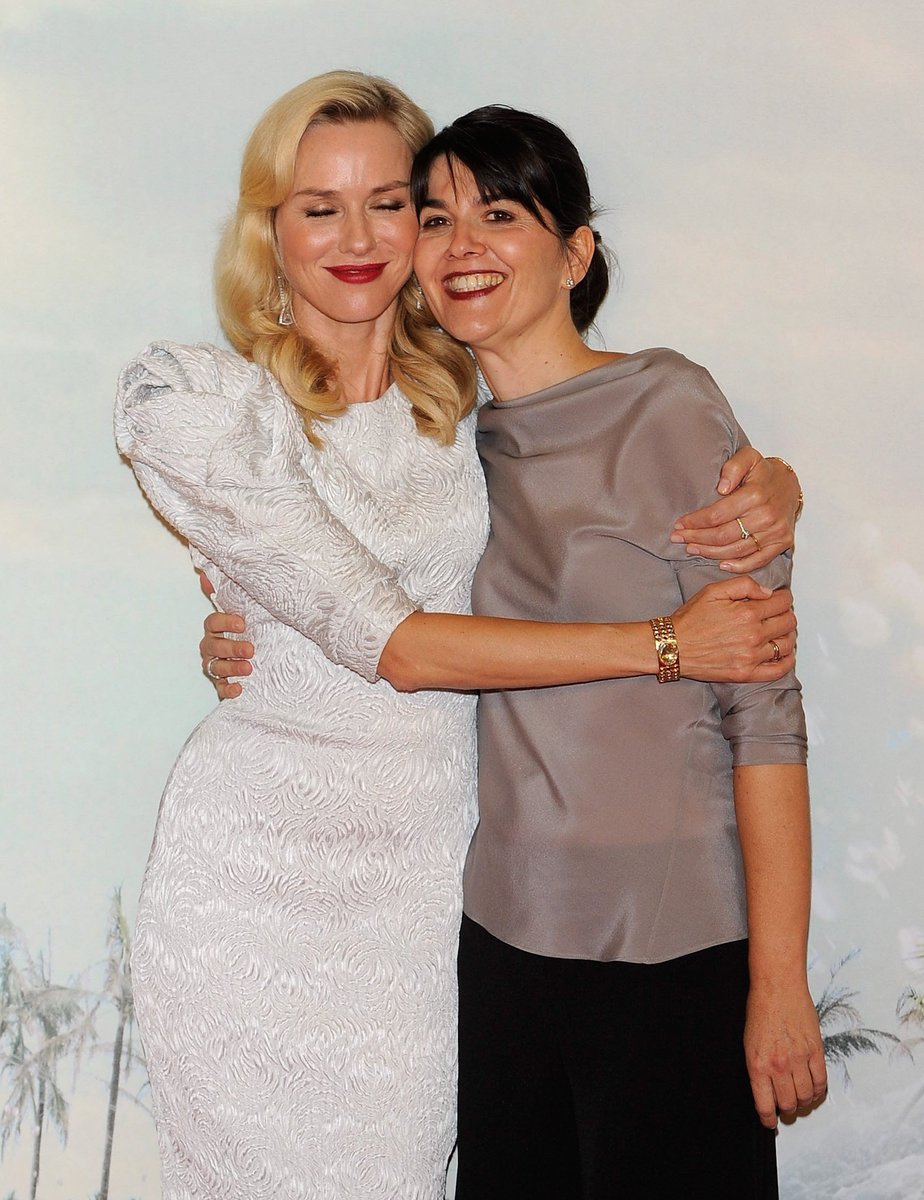 "We were standing in the same positions around the same swimming pool where the families were standing that day," Ewan McGregor said in an interview in 2012. "It was really real."

These days, Belón continues to work as a doctor and is a motivational speaker and advocate for tsunami survivors. Alvárez volunteers with Proactiva Open Arms, an NGO dedicated to protecting those who try to reach Europe by sea.

Their eldest, Lucas, followed in his mum's footsteps and works as a doctor. Their middle child Tomas studies at the University of Wales, and their youngest son, Simon, now studies in the Netherlands.

Each year, the family gathers on a beach on December 26, the day the tsunami struck, to remember the day that changed their lives.

"No matter where we all are, this is a commitment we have forever. We need to be close to the souls [they lost]," Belón told People.

The Impossible is available to watch on Stan now.