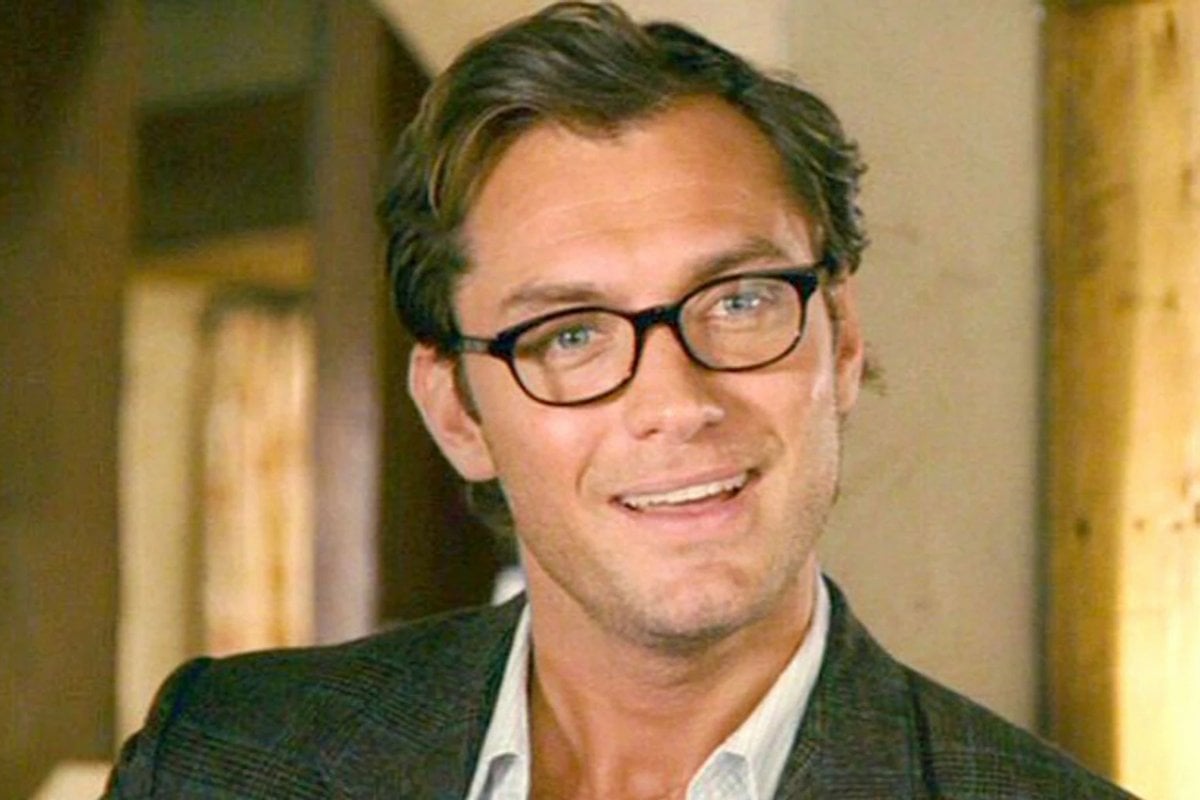 There is a lot about The Holiday that doesn’t make sense, but we’re willing to turn a blind eye on account of it being a truly delightful watch.

The cast is perfect. The decor, the styling, the soundtrack: all great.

So it doesn’t really matter that the movie’s timeline makes precisely no sense, and everything supposedly takes place over five days when there are more days featured in the film. ¯\_(ツ)_/¯

Okay, so you’ve seen The Holiday and Love Actually 100 times. Here are some other Christmas movie options. Post continues below video.

We just really love The Holiday.

So in celebration of a festive rom-com so well done that facts become unimportant, we have gathered a collection of facts you may not have known, but really should.

We love the “accidental boob graze” moment when Iris (Kate Winslet) and Miles (Jack Black) are out getting sushi.

Jack Black accidentally boob grazed The Holiday director Nancy Meyers and quickly apologised, but she found the whole thing so funny she wrote the interaction into the script the next day.

Jack Black wasn't sold on being in a rom com (he'd previously done mainly comedies, and School of Rock), until he found out he'd be starring opposite Kate Winslet.

Then it was a hard yes.

"Kate was incredible as I anticipated. It was a huge reason why I wanted to do the movie. I was such a big fan of hers, I just love her work and her acting," he told Coming Soon.

Yep, if you want to embrace your inner Iris or Amanda, homeexchange.com is a real thing.

But uh... proceed at your own risk.

The popularity of house swapping rose following the movie's release, so much so that police in England had to issue a warning against swapping homes with strangers due to identity fraud and even murders.

4. One of the characters had previously been homeless.

Jude Law's daughters in the film, Olivia and Sophie, were definitely one of the highlights (Mr Napkin Head, anyone?).

Miffy Englefield, who played Sophie, is now 20 and recently told Vulture that she and her family were homeless only a month or so before she was cast in the film.

"I come from a very working-class background. We were homeless. We didn’t have much. Being a very, very loudmouth kid, my dad thought, 'Well, maybe this would be beneficial for her to start earning her own money. Maybe she could pay for acting classes.' So we were only expecting adverts, maybe a little bit [of] stage, very basic work. And then a year after being on the books with the agency we got through this huge thing," she said.

"We were still getting out of a lot of the issues of homelessness, things like debts and such. So yes, it was a very unusual time for us going to the auditions with these very eloquent characters, and then we’d come home to these sorts of things."

British band The Wombats went to see The Holiday and uh, hated it. So they wrote a song called Kill The Director.

The lyrics include: "This is no Bridget Jones!" and "If this is a rom com, kill the director."

Rufus Sewell, who played Jasper, actually dated Kate Winslet for three months in the mid-90s, which could've made their scenes together (remember, Iris was madly in love with Jasper) a little bit... awkward.

7. The crew had to cull movies from the video store.

Jack Black and Kate Winslet are both very successful actors, so if you were ever wandering through a video store (RIP) in the early-mid 2000s, you would've seen a lot of their movies.

And that posed an issue.

The crew had to sweep the store before filming to remove any of their films, because it would be distracting for the actors (and confusing for the viewers.)

8. That Dustin Hoffman cameo was not planned.

According to The Holiday's DVD commentary, Dustin Hoffman was never supposed to be in the video store scene.

But on the day of filming, he was having lunch near the film shop's set and stopped to check it out because he saw lots of cameras. Hoffman knew director Nancy Meyers, so he made a spontaneous cameo.

In the years before filming The Holiday, Cameron Diaz starred in Charlie's Angels. But as it turns out, playing a spy has nothing on running through snow in heels.

During a chat with the cast in the DVD Special Features, Diaz admitted The Holiday was her most physically demanding role. That seems odd, but next time you watch, take note of just how much running she has to do.

10. How Nancy Meyers got Lindsay Lohan and James Franco.

Lindsay Lohan and James Franco make cameos as actors in Deception, the fake movie trailer Amanda and her team finish at the beginning of the film.

That came about because Nancy Meyers directed The Parent Trap, so basically, Lindsay owed her.

"I told her she owes me everything so I made her do it. I called her and said, 'You have to do this for me,' but she was sweet about it, she was totally there," Meyers told Coming Soon.

"James Franco I met at a few dinner parties, we have mutual friends, so I knew him a little bit and I asked him if he would do it and it turned out Lindsay and James knew each other and it was really fun.

"We did it in a day and a half and we did it about six weeks [after filming commenced] because I didn’t do it while I was shooting."

What's your favourite Christmas movie? Let us know in the comments below.