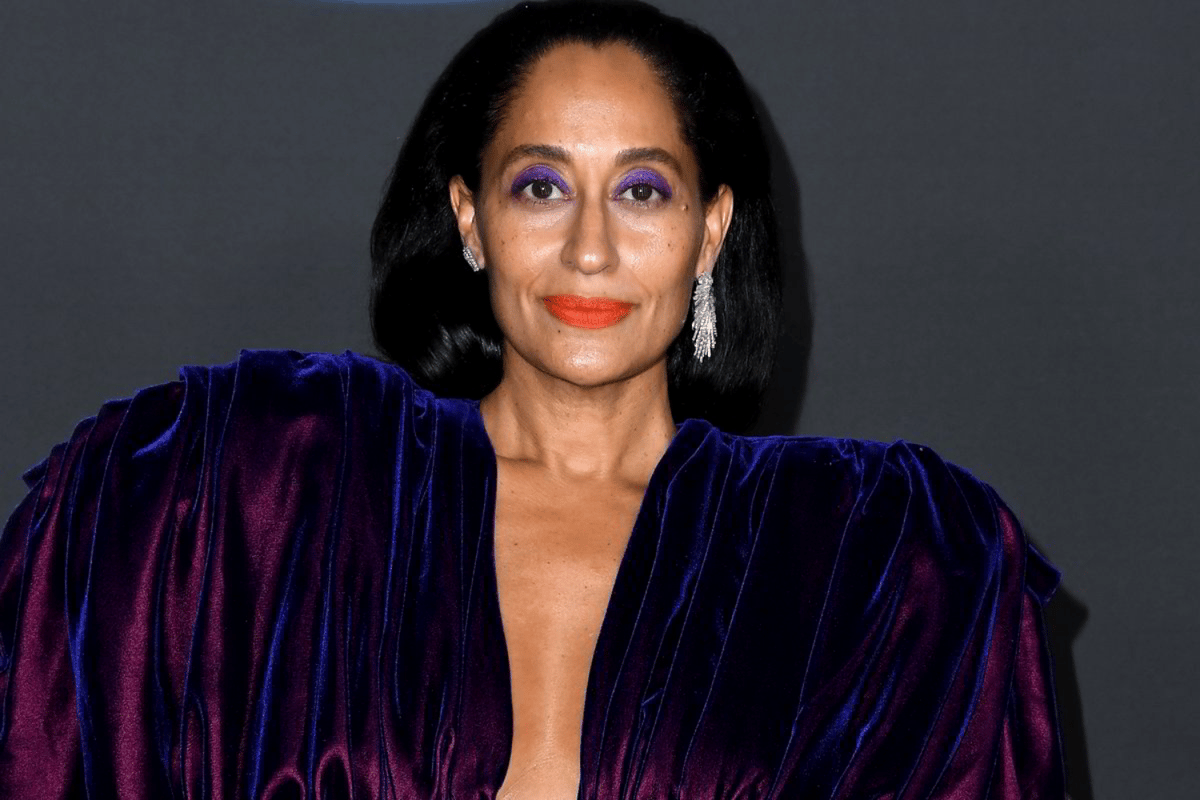 Except in place of empty platitudes and lightweight catchphrases she offers up words of wisdom based on her own life experiences and fears. A healthy dose of realism in a media vortex often brimming with insincere positivity.

The 47-year-old actress and TV host, best known for her starring roles in Girlfriends and Black-ish, has been in the spotlight for decades. Yet despite her years of performing there was always one career trajectory she was too fearful to chase.

Her fear centred around singing professionally and although she had dipped a toe in the musical pool over the years, recording songs in a studio or belting out a tune in front of a packed audience seemed well out of her reach.

It was a fear fed by a set of rules that the world, particularly Hollywood, loves to tell women. That success is linked to youth and if you don't hit all of your goals before a certain age, then they disappear into the void and you are left to either stand still or retreat.

It's an idea that Tracee rejects and also what drew her to star in her new movie The High Note.

The daughter of legendary singer Diana Ross plays famous R&B singer Grace Davis, a performer in her forties who successfully tours the world singing her back catalog of hit songs, but has not released new music for years.

Her management, believing she is past her sell-by date to record new music, are persuading her to stay in her lane and record a greatest hits album. But her ambitious personal assistant Maggie (Dakota Johnson) has other plans for her career. 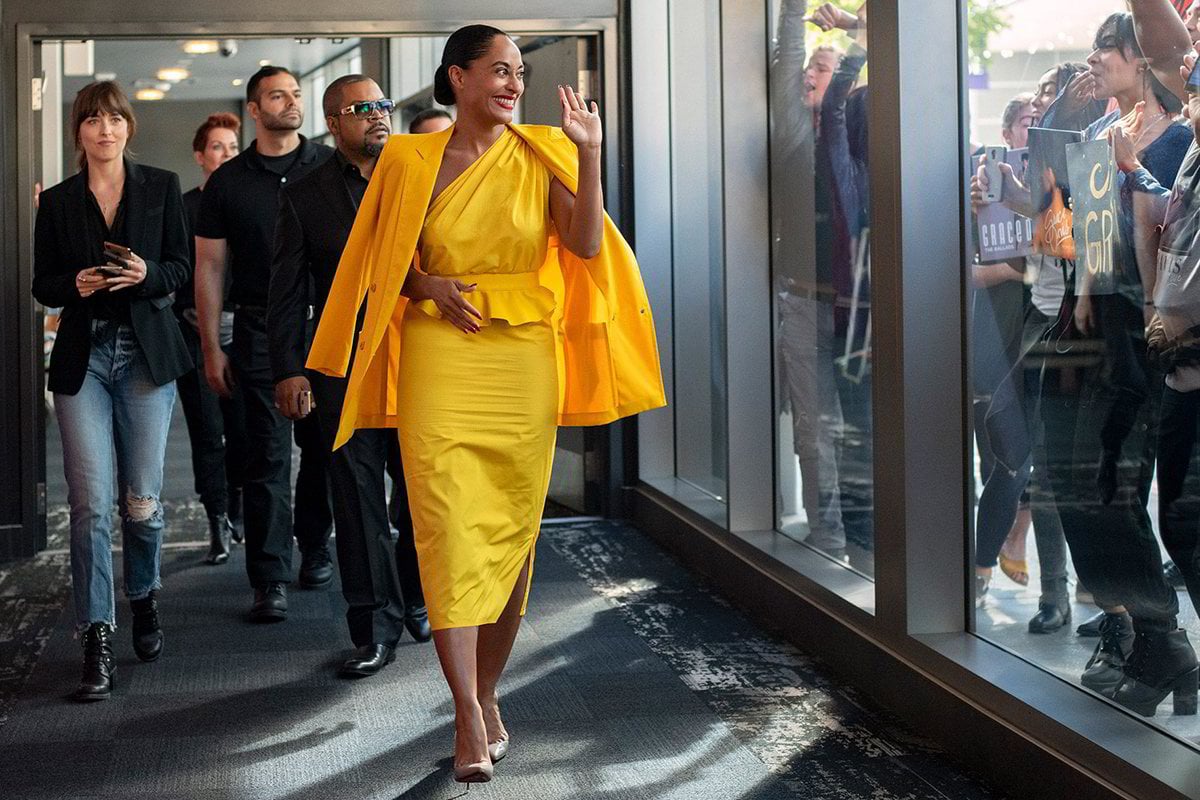 "I was very nervous about recording the songs for the movie," Tracee told Mamamia. "I had never done that before, but I have always wanted to sing. I have dabbled in singing throughout my life. I sang the opening credits song for a TV show I did when I left college, but nothing further than that.

"I had never done this before and the longer you wait to try something, the scarier it gets. It’s scarier to fall down when you’re an adult than when you are a kid.

"But the more I got into it, the less scary it became. The truth is I ended up feeling very at home in that recording studio."

There's a particular scene in The High Note that hit especially close to home for Tracee, when her character sits down with a room full of men at her recording label and is forced to listen to exactly what she can and can't do in her career now that she's in her forties.

It's a scene the actress believes will be all too familiar for so many women.

"It’s just reflective of what women are facing in our world right now," she said. "I think in all industries there is still a very limited, old school idea, that there’s a place you get to where your womanhood is no longer very interesting. That you should no longer be dreaming, or living big and taking risks with your life. I just disagree with that."

"Also, there's the idea that a roomful of men get to decide when you have hit that place in your life," she continued. "By the way, a roomful of men whose careers and lives where all made possible by Grace.

"I think the overall message of the film is that it’s not too late. You don’t have to listen to what other people’s ideas of who you are.

"There’s no point in your life where you should stop wanting to dream big and to try new things. I think that our world is still stuck in a lot of places and we need to change that." 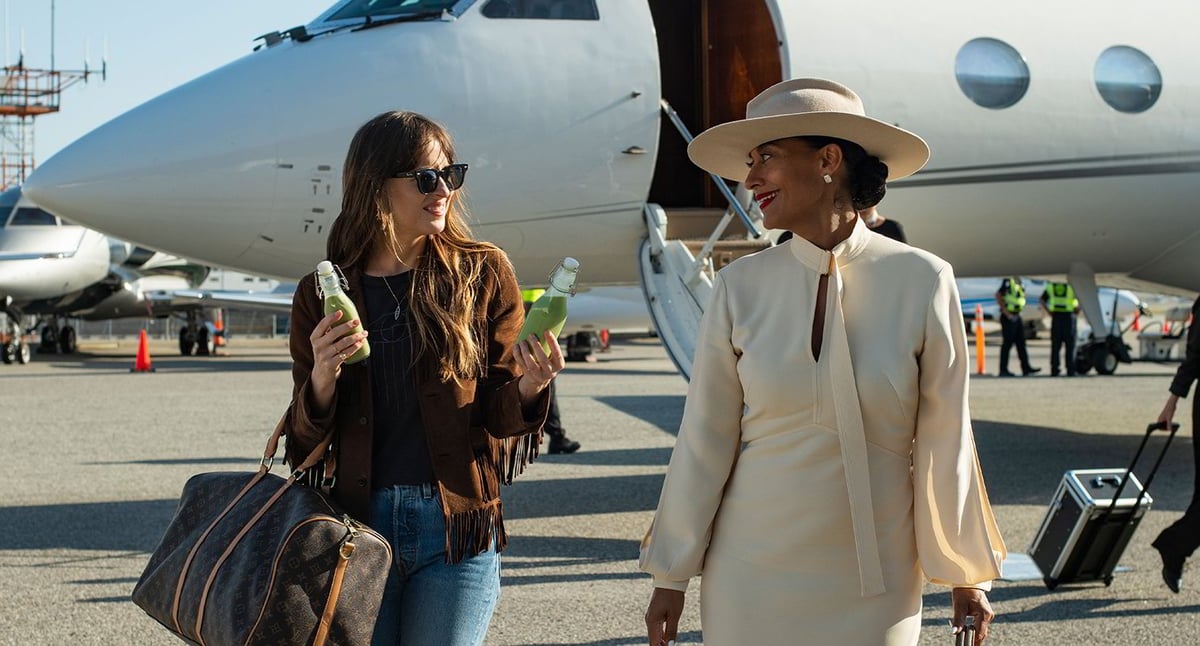 The central relationship in The High Note is between Tracee Ellis Ross' successful diva Grace Davis and Dakota Johnson's long-suffering assistant Maggie Sherwoode, who dreams of becoming a music producer.

It's an interesting power dynamic that leads to both moments of tension and comedic relief throughout the film, but never strays into the blatant nastiness of The Devil Wears Prada.

"I love that this is a story about two women walking parallel paths but who are not against each other," she told Mamamia. "It’s a story that shares the humanity of these two women, who are both pushing against the world’s idea of who they should be.

"Even the dynamic between the two of them is not that age-old tradition of the overbearing boss who is awful to her employees and assistants.

"There are some of those moments in the movie which were very comedic for me to play, but overall there’s a sweetness and a gentleness between the two of them that really anchored the film.

"It’s a feel-wonderful movie for the world while we’re all in a very strange and uncomfortable time. I think The High Note has brought joy and a moment of respite for people who watch it."

The High Note is playing in Australian cinemas from Thursday 24 September. It is rated M.