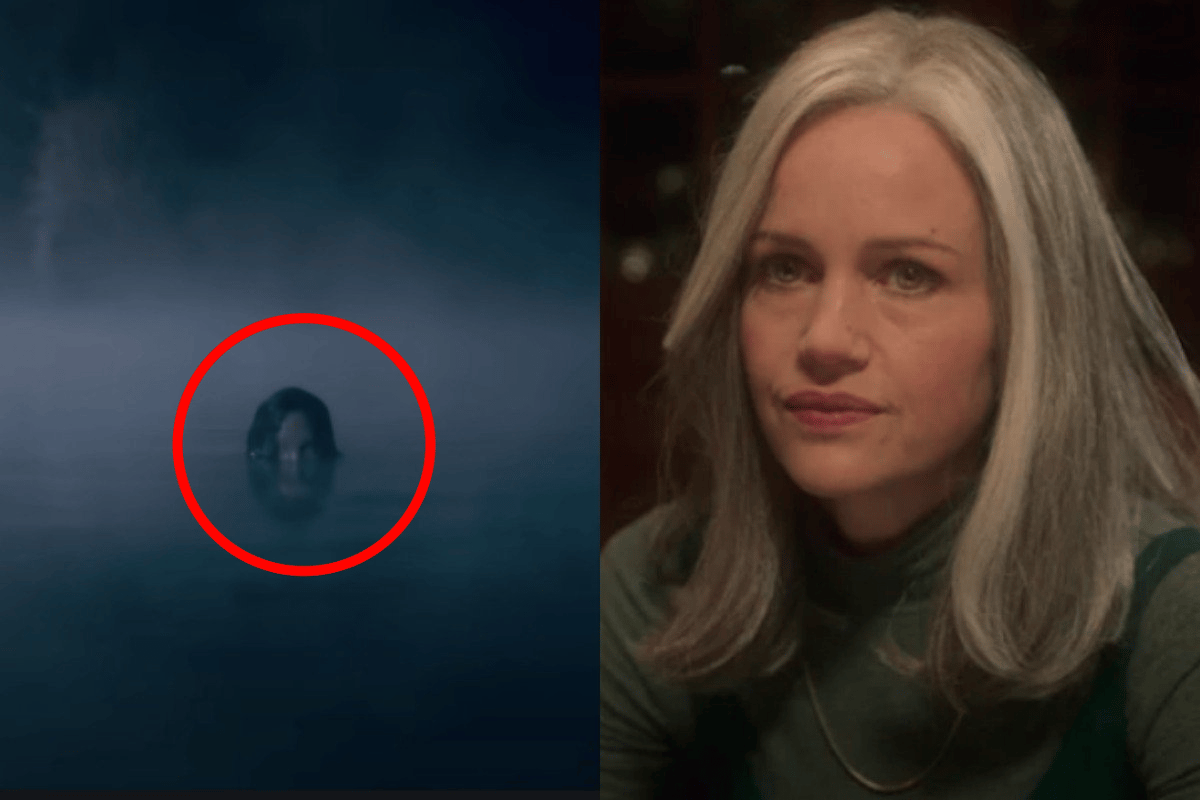 WARNING: This post contains many, many spoilers for The Haunting of Bly Manor. Obviously.

We open on a wedding rehearsal dinner.

A woman no one seems to know has decided this is the perfect time to sit everyone down and tell them her epic nine-hour lesbian ghost story from the 1980s.

"I've got an 80s-themed lesbian ghost story that'll knock ya socks off."

Not a single guest sneaks off to bed, nor does anyone order some chicken nuggies off UberEats. ¯\_(ツ)_/¯

Eleanor from Hill House is back but this time she's blonde and she doesn't seem to be possessed by the actual devil. 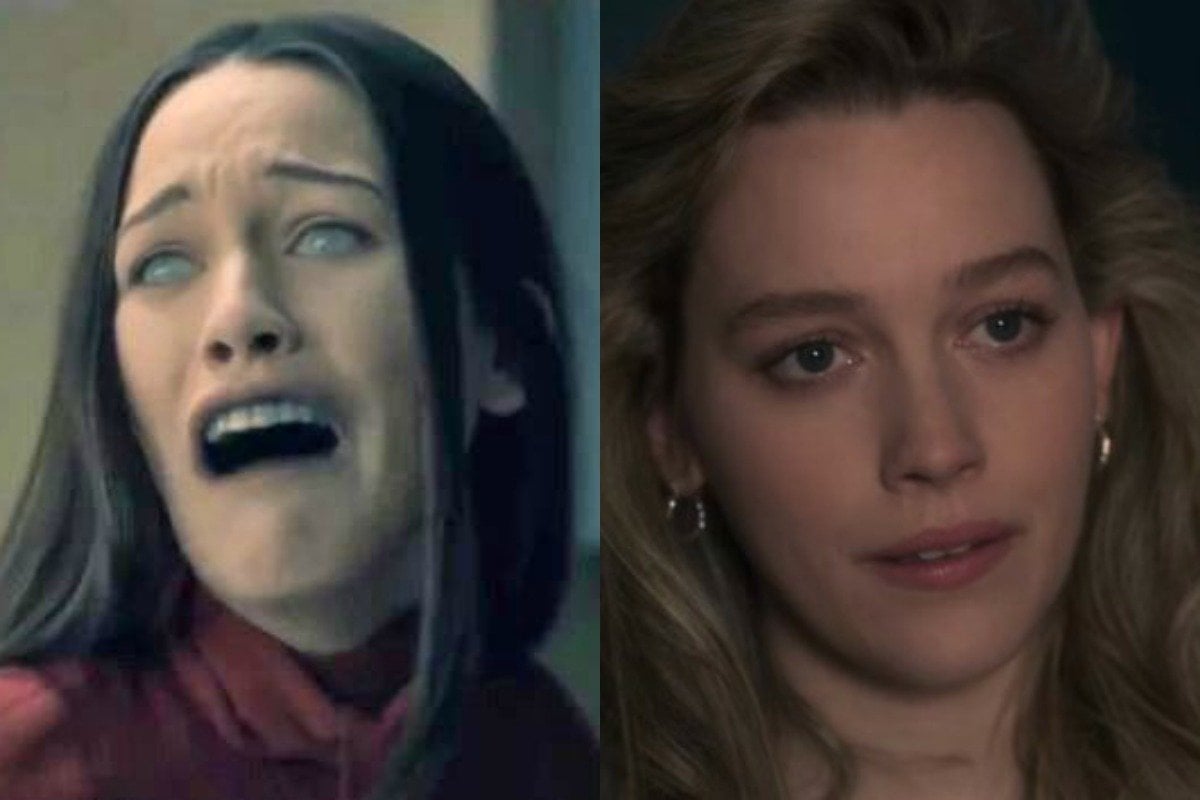 HOW DOES THIS HAUNTED WOMAN GET HER SKIN SO GOOD?  Love that for her.

This time her name is Dani, and she's being haunted by something or someone from her past.

In an attempt to avoid whatever the heck is haunting her, Dani takes on a nanny job at a creepy English manor, complete with two creepy English children.

It's such a solid plan, I can't imagine what could go wrong.

The children's uncle Henry refuses to set foot on the property and seems to just sit in his office drinking hard liquor.

The small girl named Flora keeps saying everything is "perfectly splendid" and sweetie, you're clearly already being haunted by someone or something... f**king annoying. 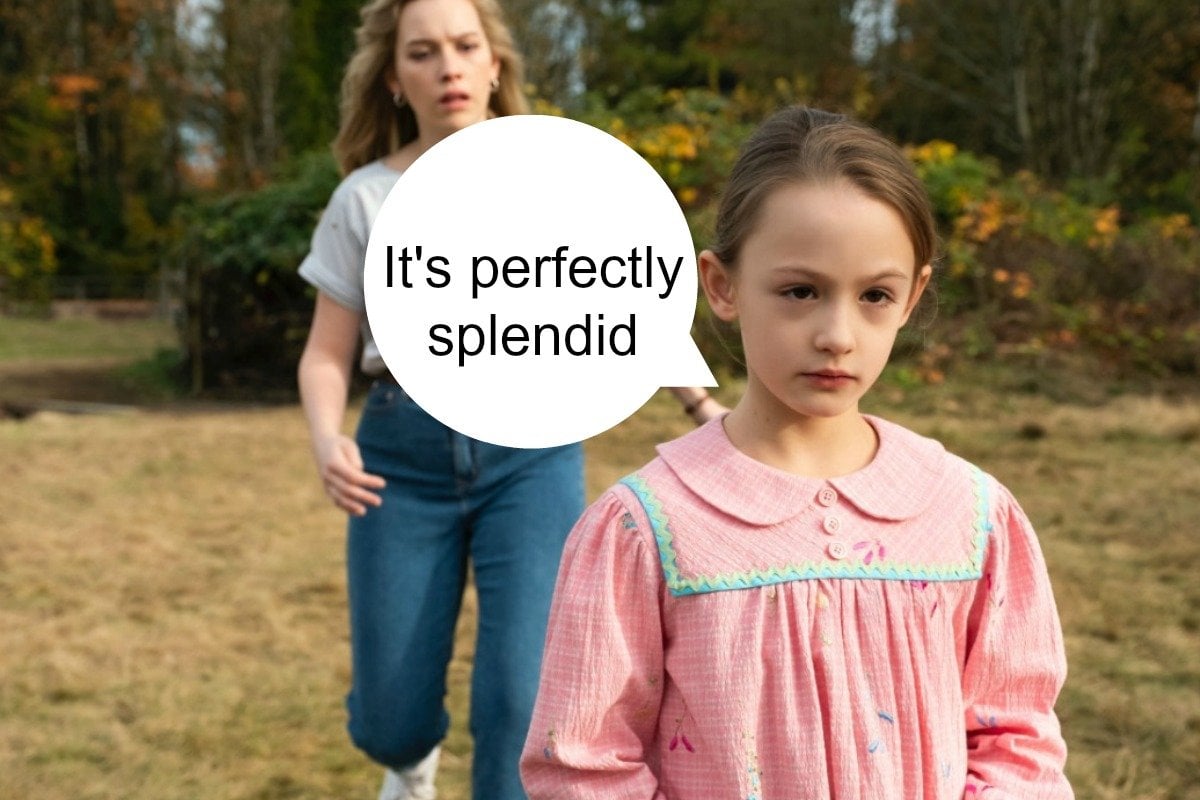 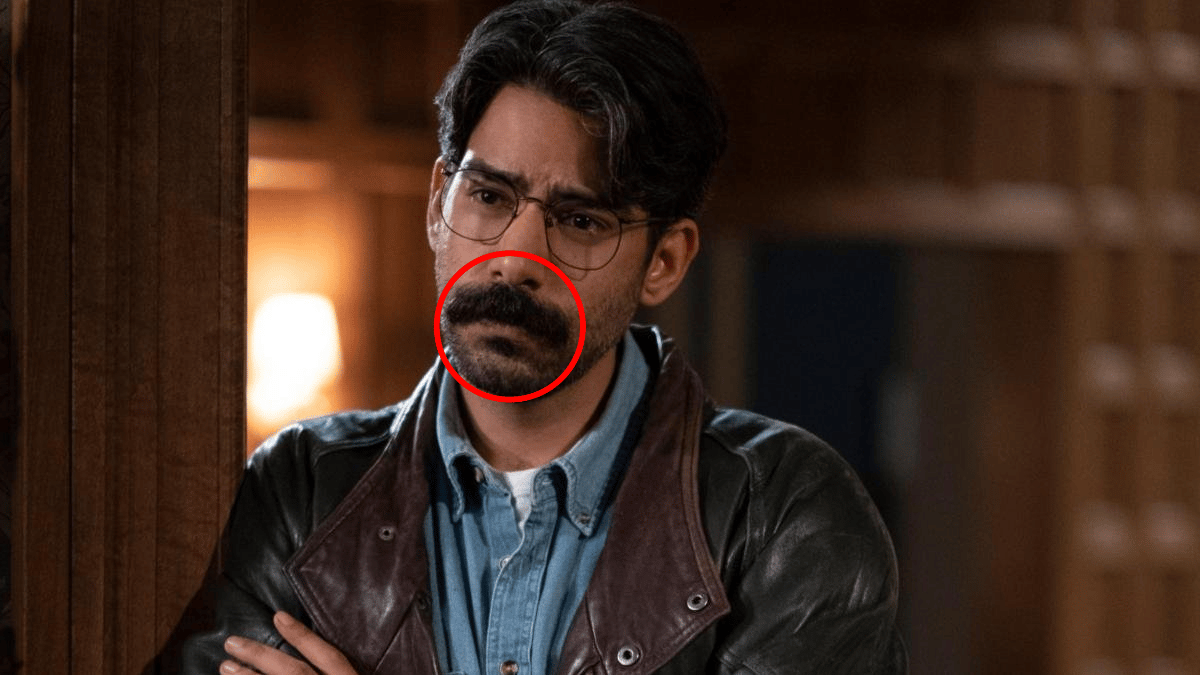 Oh, and there's a gardener named Jamie who is definitely over that small child saying "perfectly splendid" all the time.

The children lock Dani in the wardrobe and she has a panic attack because the thing that was haunting her in America is in... there.

Dani sees a man standing on the parapet (which is a fancy English word for balcony). She later sees him in a photo with the previous nanny Rebecca who ended her own life.

The other staff members tell her the man is Peter Quint, who used to be Henry's driver.

Dani has a panic attack when Flora finds a pair of glasses in her suitcase and Jamie comforts her.

In a flashback we find out that Peter Quint was a f**kboy. He started dating Rebecca and became increasingly jealous of her interactions with Owen and also Owen's... moustache.

Later, he told her they were going to move away and start a life together but then he straight up disappeared. Rebecca ended her own life thinking he'd left her but the Lady In Lake had actually killed him because she thought he was a bit of a d**k probably. ¯\_(ツ)_/¯

Dani tells Jamie she likes women and yes pls we like our ghosts stories with a side of epic lesbian love.

In a flashback, we learn Dani is being haunted by her childhood friend and former fiancé Edmund, who died at the exact moment she tried to break up with him because SHE WAS IN LOVE WITH JAMIE EVEN THOUGH SHE HADN'T MET HER YET.

After we witness Edmund's untimely death we all a little bit understand why he's doing a haunt.

Owen's mother dies and no one goes to the funeral because they're all too busy being secretly dead or falling in love with each other.

After the funeral, he comes back to the manor, and they sit around the campfire. Dani and Jamie go into the greenhouse and kiss, and later that night Dani burns Edmund's glasses in the fire pit.

I CANNOT STRESS ENOUGH THAT THE RANDOM WOMAN HAS BEEN TELLING HER EPIC 80S-THEMED LESBIAN GHOST STORY AT THE REHEARSAL DINNER FOR ABOUT FIVE HOURS NOW.

Back in the 80s, Dani and Jamie sleep together while the children are just running around the house free-range, hanging out with ghosts and what not.

Dani goes into Flora's bedroom one night and see's the ghosts of Peter and Rebecca. Just as she's about to ask them to stop haunting her manor so she can get back to her epic love story, Miles approaches her from behind and knocks her unconscious.

In a flashback, we learn that the ghosts of Bly Manor lose their faces after a while so Peter and Rebecca have just been taking over the children's bodies. THAT'S WHY THEY WERE SO F*CKEN WEIRD.

Peter and Rebecca have hatched a plan to take over the children's bodies permanently so they can be together again in the flesh. It's honestly all getting a bit Flowers in the Attic.

Hannah finally realises that she's been dead this whole time, and that's why she keeps staring into the distance and never has sex with Owen even though he is a beautiful man who keeps cooking sausages for her.

Peter and Rebecca take over Miles and Flora's bodies but PLOT TWIST Rebecca and Flora are like jks jks, we didn't really do it.

It seems like there might be a happy ending around the corner but then the Lady of the Lake comes out of nowhere and grabs Dani.

There's a random flashback to the 18th century where we learn that the Lady of the Lake is named Viola and she likes to steal children and murder random d**kheads sometimes. 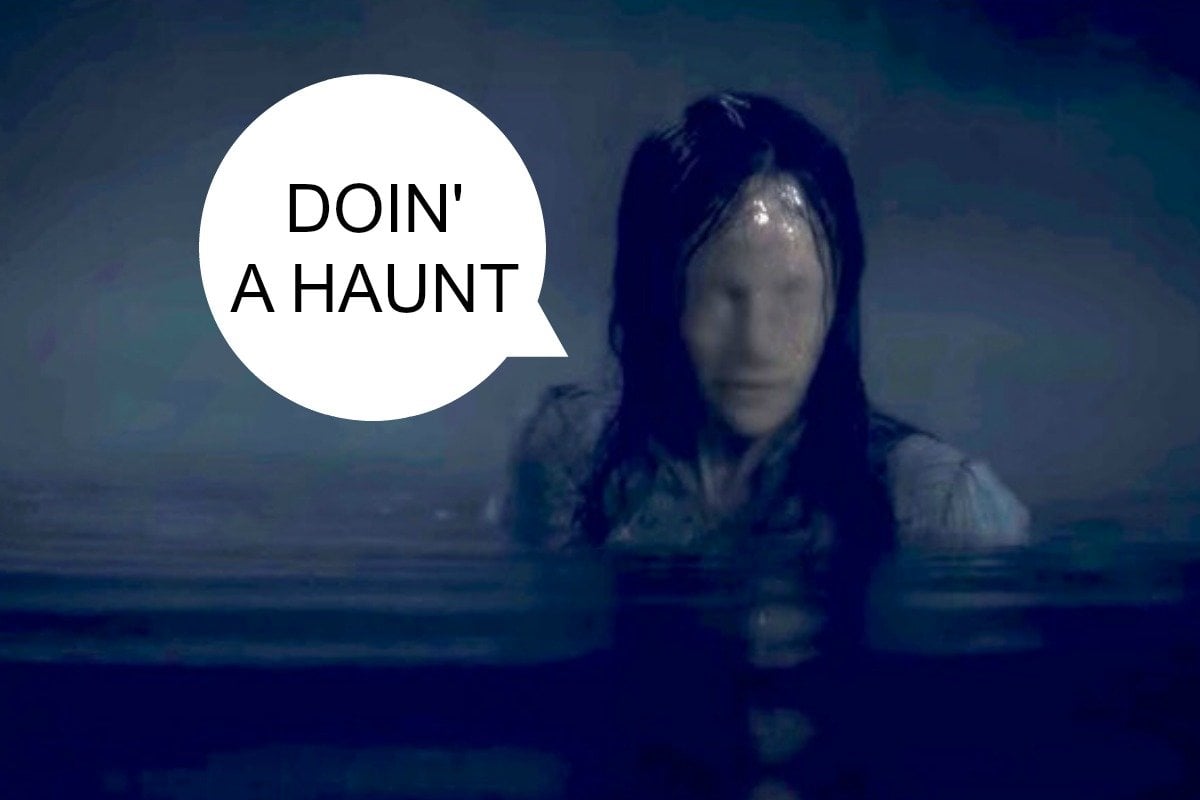 "LOCK UP YOUR CHILDREN CAUSE I LITERALLY HAVE NO FACE AND I'M MAD ABOUT IT."  It's kind of interesting, but we need to find out what's happening with the 80s lesbians pls.

Back in the 80s, Viola starts dragging Dani towards the lake. When Flora intercepts, Viola grabs her instead.

Dani saves Flora by letting Viola's spirit inhabit her body. This releases all the previously trapped souls that have died in the manor including Peter, Rebecca and Hannah.

Thinking 'this is some bulls**t', Dani and Jamie move to America and open a florist together. NO. THIS SHOW SHOULD BE CALLED THE LESBIANS OF BLY MANOR AND IT SHOULD NEVER END.

Jamie tells Dani she could never "get sick of her" and they spend five years together living happily ever after until... Viola just starts showing up in mirrors and in the bathroom sink. 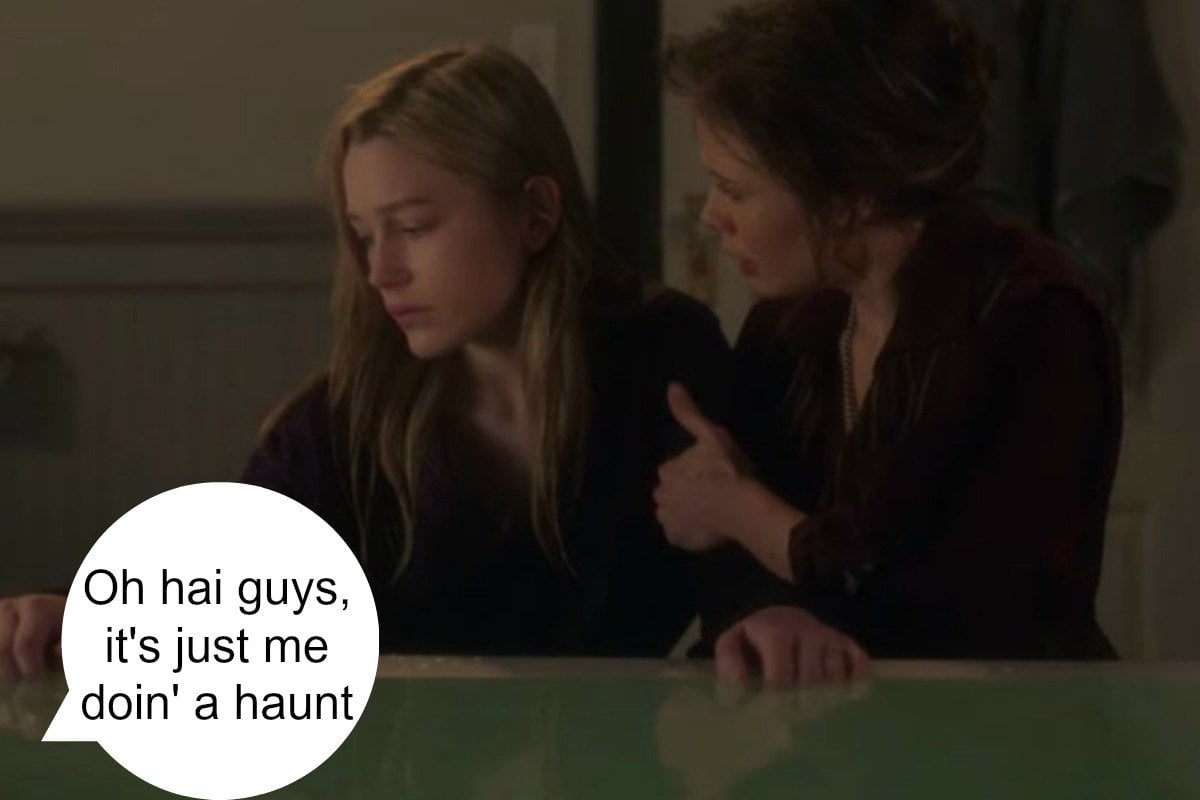 Dani realises that she's never going to be free of the Lady of the Lake.

To protect Jamie, she goes back to Bly Manor and take's Viola's place at the bottom of the lake.

IT TURNS OUT THE RANDOM WOMAN AT THE REHEARSAL DINNER IS JAMIE AND SHE'S TELLING HER OWN EPIC 9-HOUR 8OS-THEMED LESBIAN GHOST STORY. 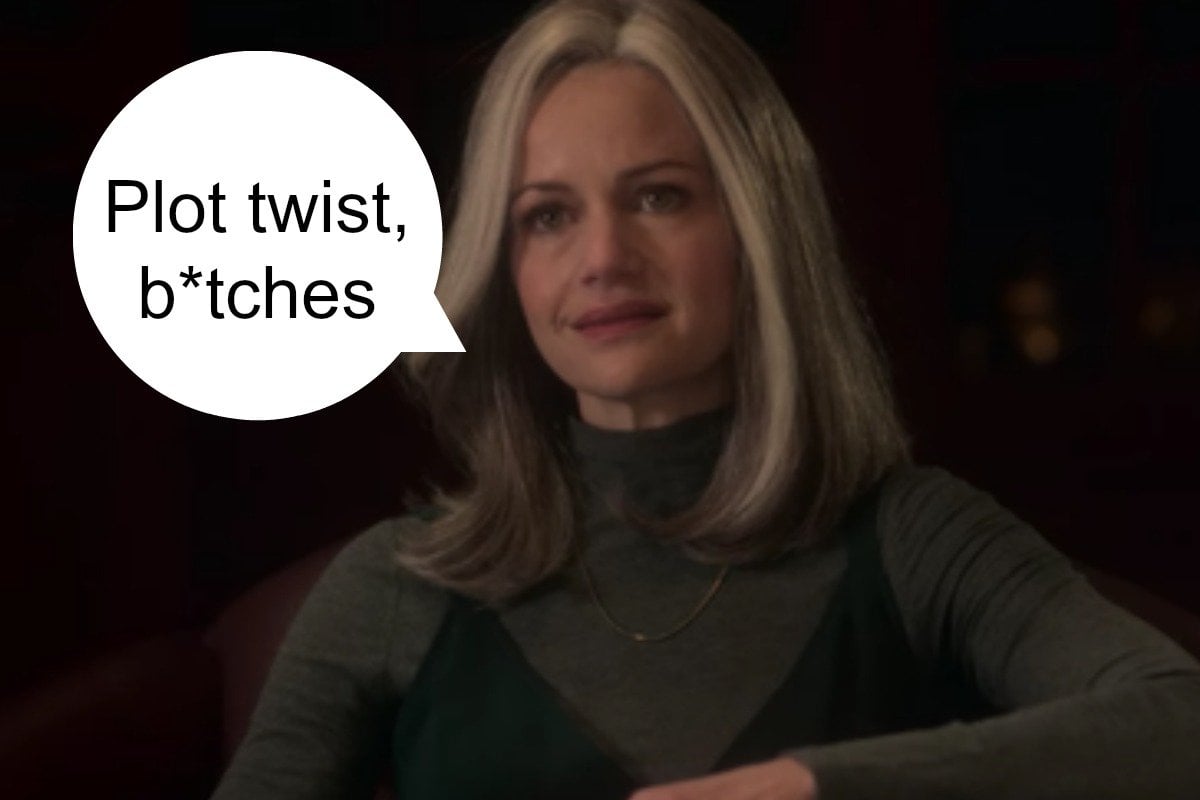 "IT WAS WORTH THE 9 HOURS, WASN'T IT?"  It's been 30 years since Dani drowned herself in the lake and Jamie still looks for her reflection on every surface and leaves the door open at night in case she comes home.

Also, it's Flora's wedding, and she has no idea that she witnessed the greatest love story of our time and was once possessed by a ghost etc, etc.

WHAT A WILD BLOODY RIDE.