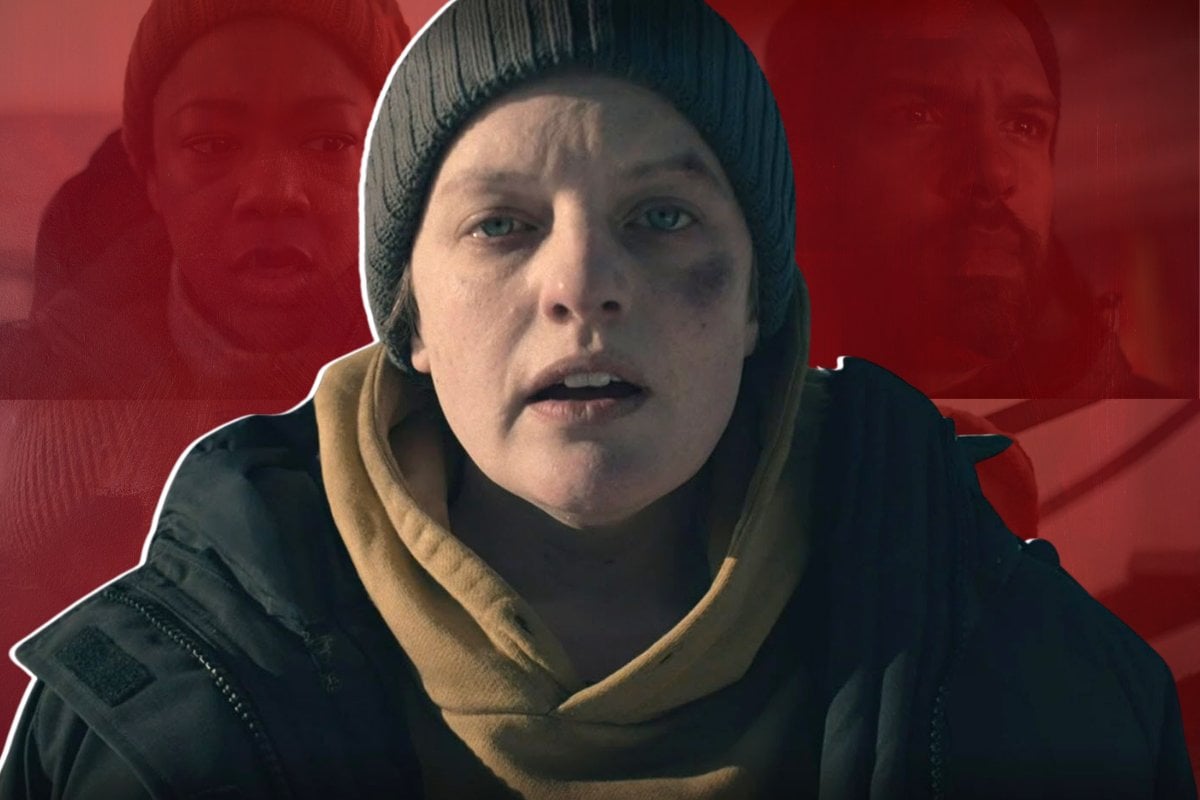 June is running around the rumble of what was once Chicago yelling for Janine, not even aware who it is that's following her around begging her to get checked out.

We all need to know where Janine is but also, June, sweetie, you're concussed af and no help to anyone right now.

Moira wrangles June into a truck heading to her aid group's medical tent, and it's only on the journey she comes to: She's with MOIRA. Holy shit.

June doesn't understand why her bestie is here and Moira says she came back for her. June's safe now. She's got her.

THE TEARS ARE STREAMING DOWN MY FACE AND SUDDENLY THAT AWKWARD COLDPLAY COVER FROM LAST WEEK MAKES SO MUCH SENSE. 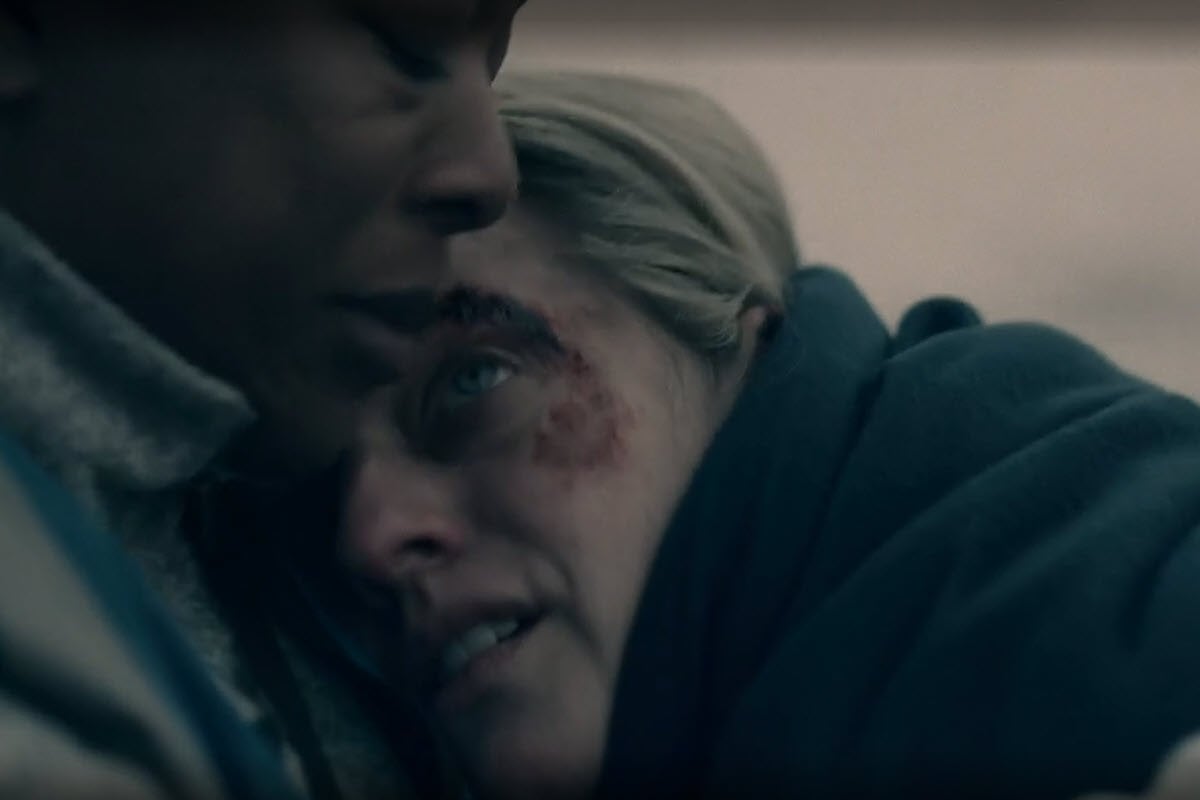 Get you a best friend who looks at you like June looks at Moira after realising she came back to a totalitarian patriarchal theocracy for you. Image: SBS.

Oh… crap. The medical tent is… about to be trampled by a bunch of displaced and desperate former American citizens.

Gilead is going to start bombing again, and the aid workers have to get back on their boat to Canada immediately.

Moira tells Oona, her girlfriend and leader of this mission, she's found June and Oona says that's nice but… June can't come with them. It's against the rules and if Gilead finds out, they'll never be allowed to enter for aid purposes ever again.

What… in the actual hell. I'd never considered that's a price humanitarian groups around the world must pay in order to help people in various war-torn, dangerous places. Sh*t. This is gut-wrenching.

Moira's intent on doing it anyway, but concussed June is speaking even less sense than usual.

She says she has to find Janine, while Moira is yelling that June can't leave her again.

"You can't make me leave without Hannah," June replies.

Moira is like what the hell, June. She doesn't know where Hannah is and there's no way the most wanted Handmaid in all the land will be able to get back to her undetected.

If June doesn't get on that goddamn boat, she's dead. She can only continue the fight from Canada. There's no other option.

Everyone who loves her is in Canada, Moira says.

The people of Chicago scale the fence and it's about to fall at any second. They need to get to the boat - now.

YES. YES. WE'VE WAITED THREE AND A HALF SEASONS FOR THIS MOMENT.

They make it just as the fence collapses and desperate people storm the aid area and run towards the now-departing ship. Imagine having to leave a scene like that, knowing those people are probably going to die. That's horrific.

In a flashback, June is preparing to move out of her flat with Moira to move in with Luke. Moira worries about their relationship; if Luke cheated on his wife with June what’s to say he won't do the same to her? And if she can't have children? What then?

Iiiiiinteresting. Moira used to be distrustful of Luke.

On a ship somewhere over Lake Michigan, Moira tells Oona she sorta-maybe smuggled her best friend onboard, which is sorta-maybe going to be a problem when the boat is searched top to bottom before being allowed to leave Gilead waters. 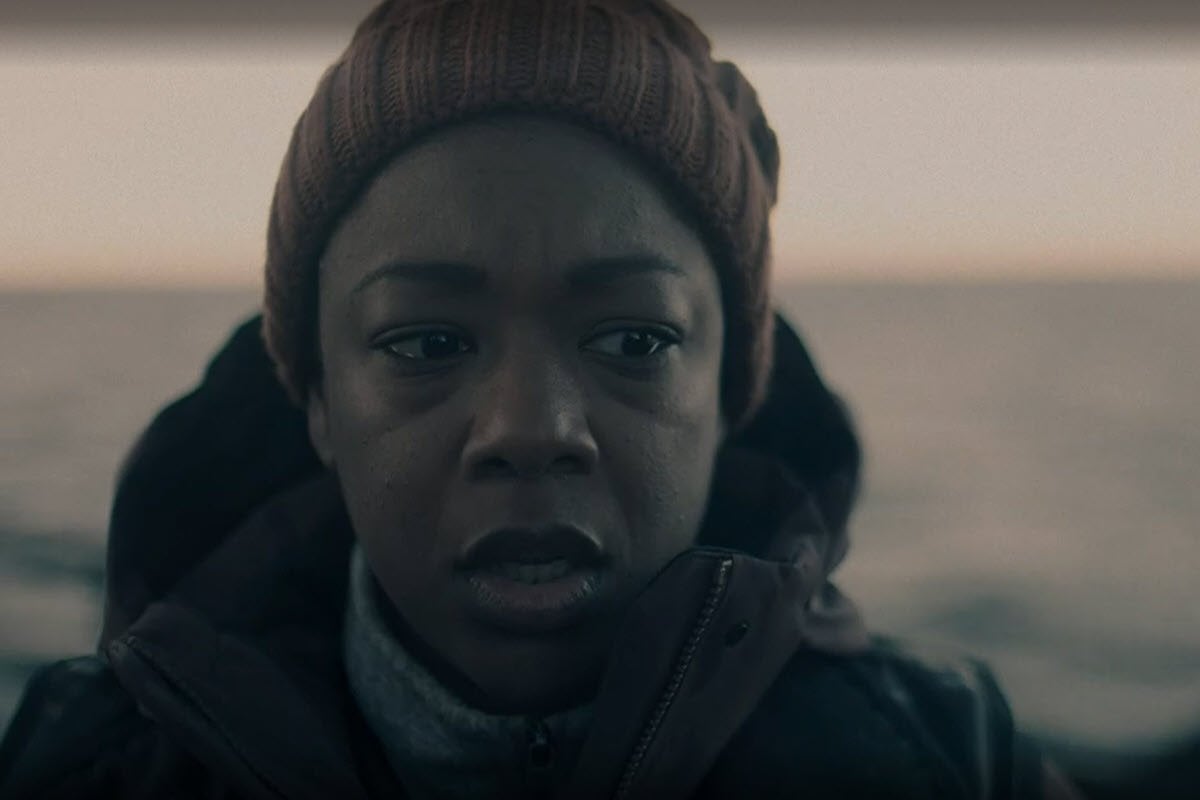 Nothing is ever bloody simple, is it?

The aid group gathers in a room with June, wondering what to do. Smuggle her out or… send her back to certain death.

A couple of dudes say they should send her back, but a woman says she’s here now, and even if they broke the rules, how can they send her back knowing that means she will die?

Anyway. They’re debating whether to let June live or die like she's not even there, but she is. Right next to them. She tells them to turn her in. 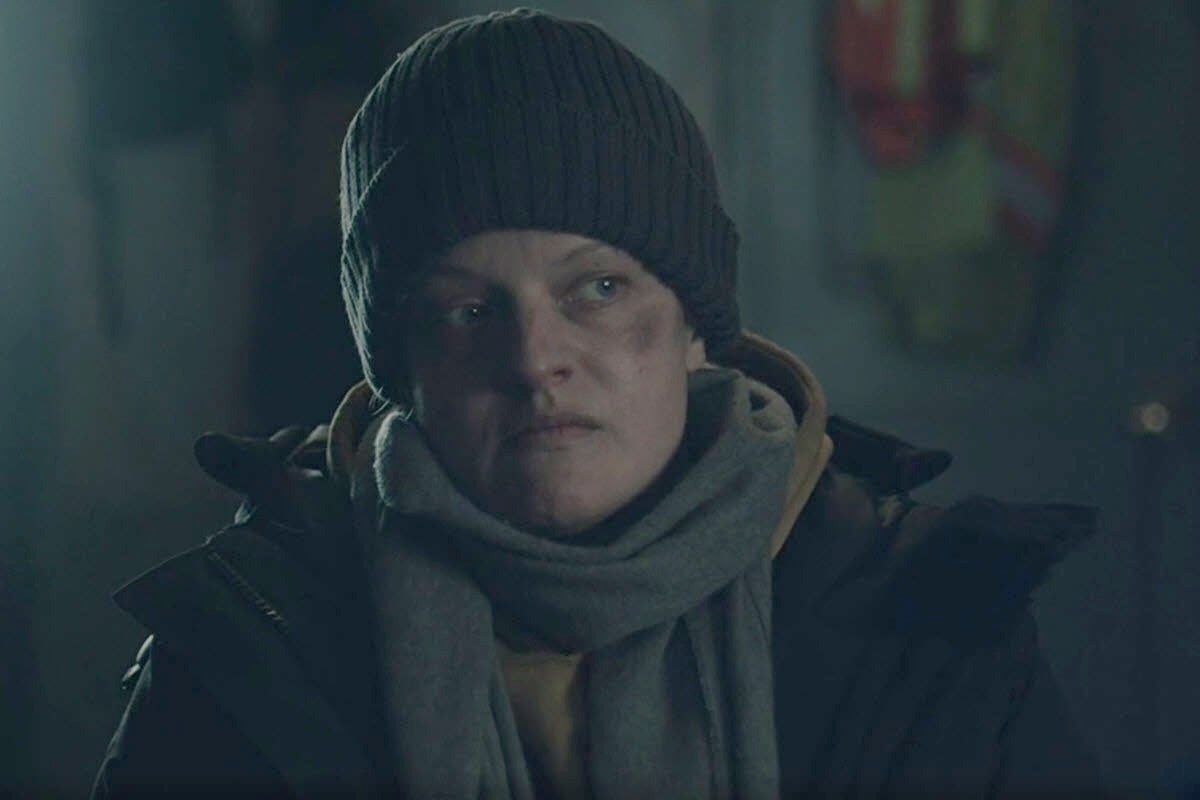 FFS, JUNE. WE NEED YOU TO LIVE AND IT IS REALLY INCONVENIENT THAT EVERYTHING YOU DO IS VERY MUCH GOING AGAINST WHAT IS MOST LIKELY TO KEEP YOU ALIVE.

The group stand at the bow and watch Gilead as search boats approach.

Moira begs Oona once again, and they print June an ID and get her a uniform.

Guardians board the boat and begin ID'ing everyone on board. When it's June - or shall I say Rachel Smith's - turn, she’s pretty much silent because… concussion, remember? Also, the possibility of being recognised as the woman causing Gilead so many headaches is probably quite scary.

The Guardian asks what happened to her and as she opens her mouth, Moira jumps in to say she hit her head in all the Chicago chaos, and uh, 'how wild was Chicago? Know anyone who got bombed? Sucks if you do, man.'

The guard roles his eyes and yells "NEXT".

June's going to make it to Canada.

In another flashback, June and Luke move her stuff into his house and discuss their upcoming vows. June queries a little too hard about his marriage to his ex-wife Annie.

Moira's doubt has obviously gotten to her, and she's worried about disappointing Luke if she can't have children. He assures her she's enough, and he won't be disappointed in her if it doesn't happen. 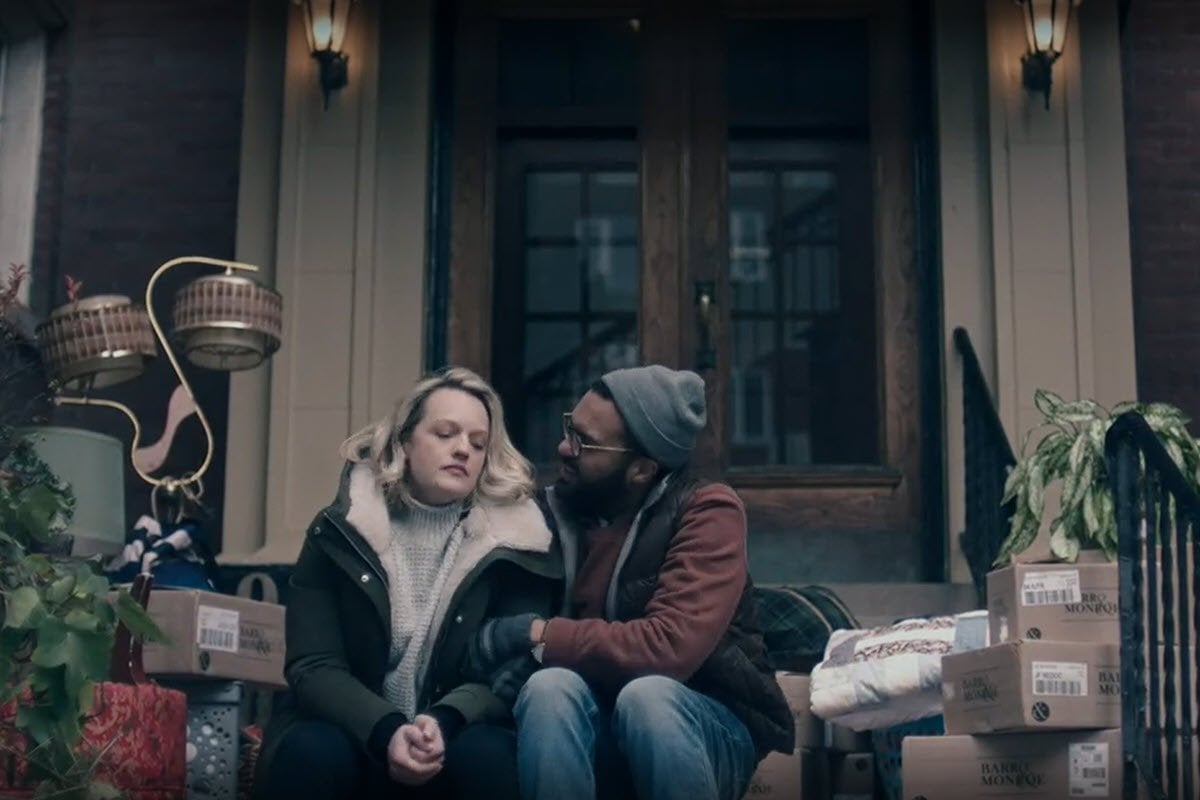 "Then I'll love whoever you turn out to be," he replies.

Sigh. They're going to reunite soon and is that still going to be true???

On the boat, now safely out of Gilead waters, June overhears Moira and Oona fighting about the position Moira put them in. The NGO is effectively finished after all this, aaand so is their relationship.

So uh, June tries another stupid attempt to escape. She's battling with a lifeboat when Moira finds her, furious.

She says if June goes back - to die - she will go with her and they’ll die together. June yells that Moira tricked and manipulated her into leaving Hannah behind, and if June doesn't go back now "Hannah is gone forever".

She tells Moira about Hannah seeing her from inside the glass box, and how she didn't recognise her and was terrified of her. 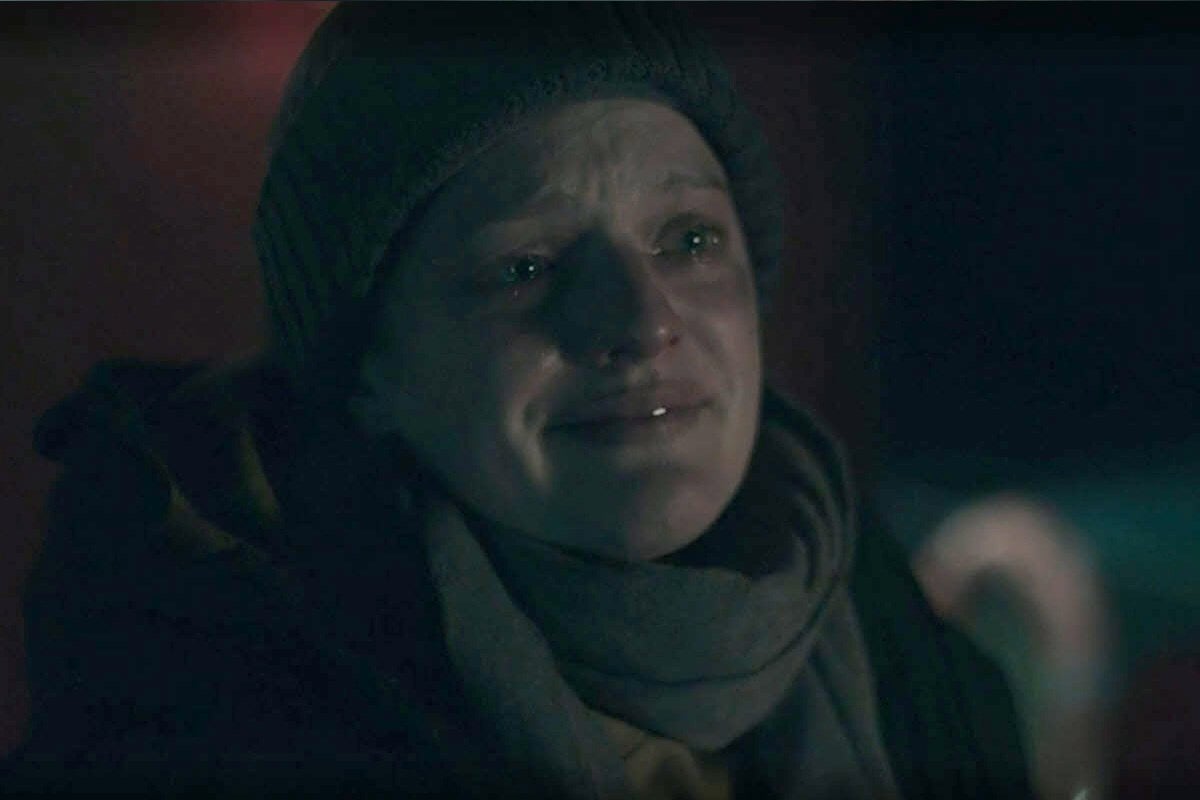 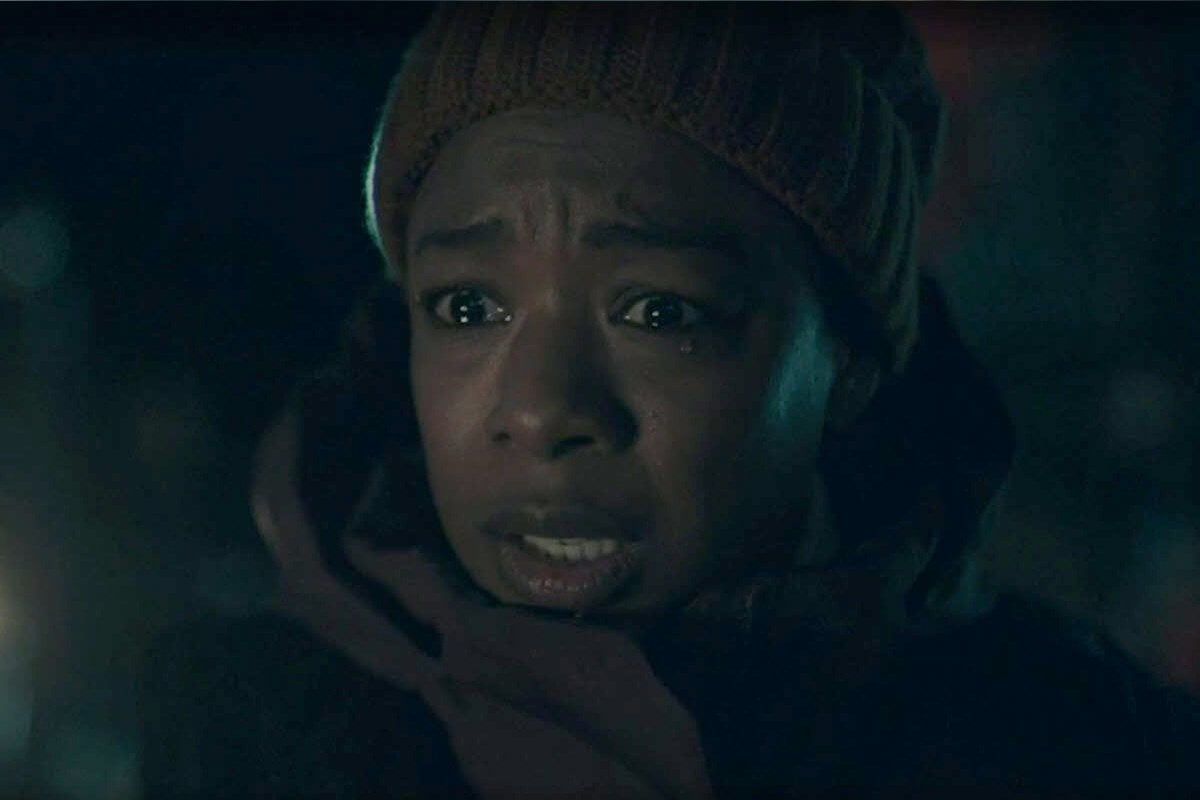 "How can I face him? How can I tell him that everything that has happened to her is because of me?"

This episode is worse than all the actual torture we've had to sit through.

The earlier flashbacks make this part especially poignant. Moira says Luke has never given up on June, and she needs to have faith in him too.

Another flashback, and June tells Luke she’s pregnant. They're ecstatic and so in love and oh my god, there's a montage of Hannah growing up. Stop it, this is too much to take.

The ship has made it to Canada. Three seasons and six episodes, 87 free children, a half-dozen near-escapes, lots of dead friends, 30,000 ominous stares into the camera, and June has finally freaking made it.

I almost expect Aunt Lydia to jump onboard like 'lol jk'.

Instead, we hear Luke's voice, and then he enters the room.

He looks at June like this and I think it goes without saying that I’m sobbing my heart out right now: 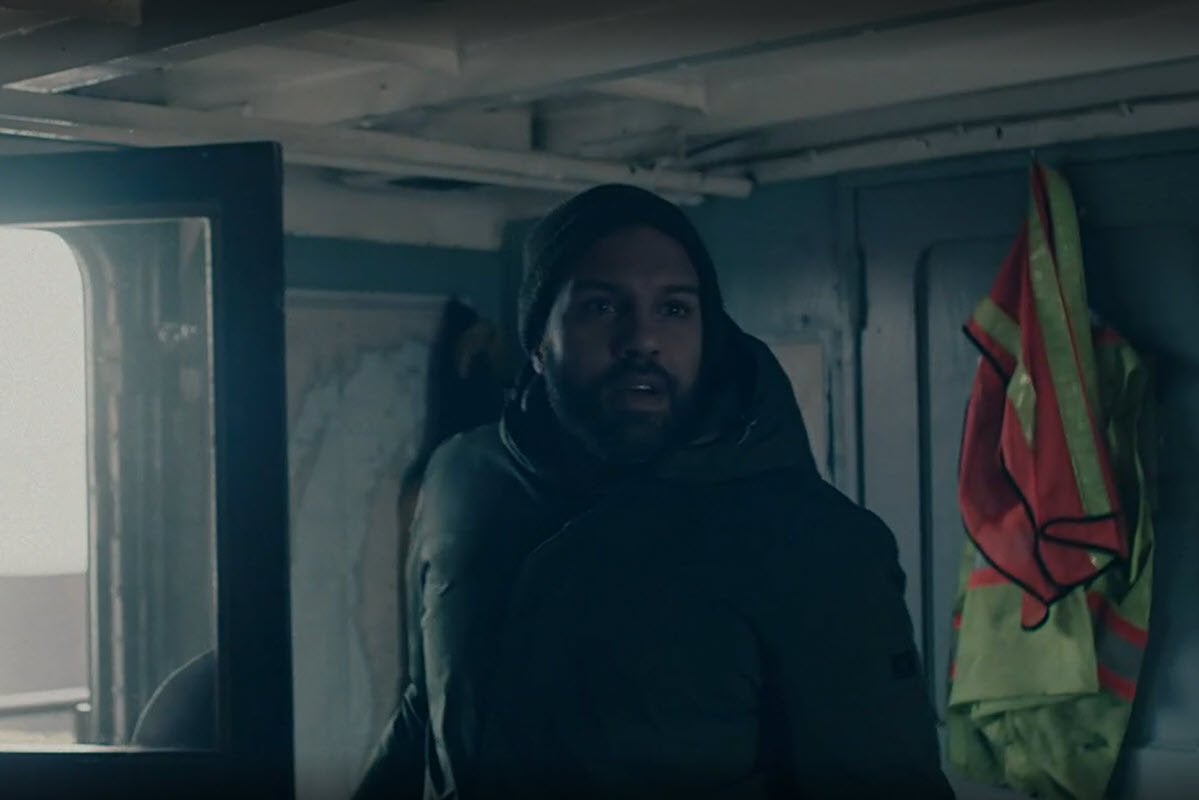 Nick and his eyebrows COULD NEVER. Image: SBS.

Her first words are "I'm sorry I don't have her" and MY HEART IS BEING RIPPED FROM MY CHEST.

He runs to comfort her and tells her she's okay. It is so pure.

They emerge, and June makes her first, hesitant, step onto Canadian soil. 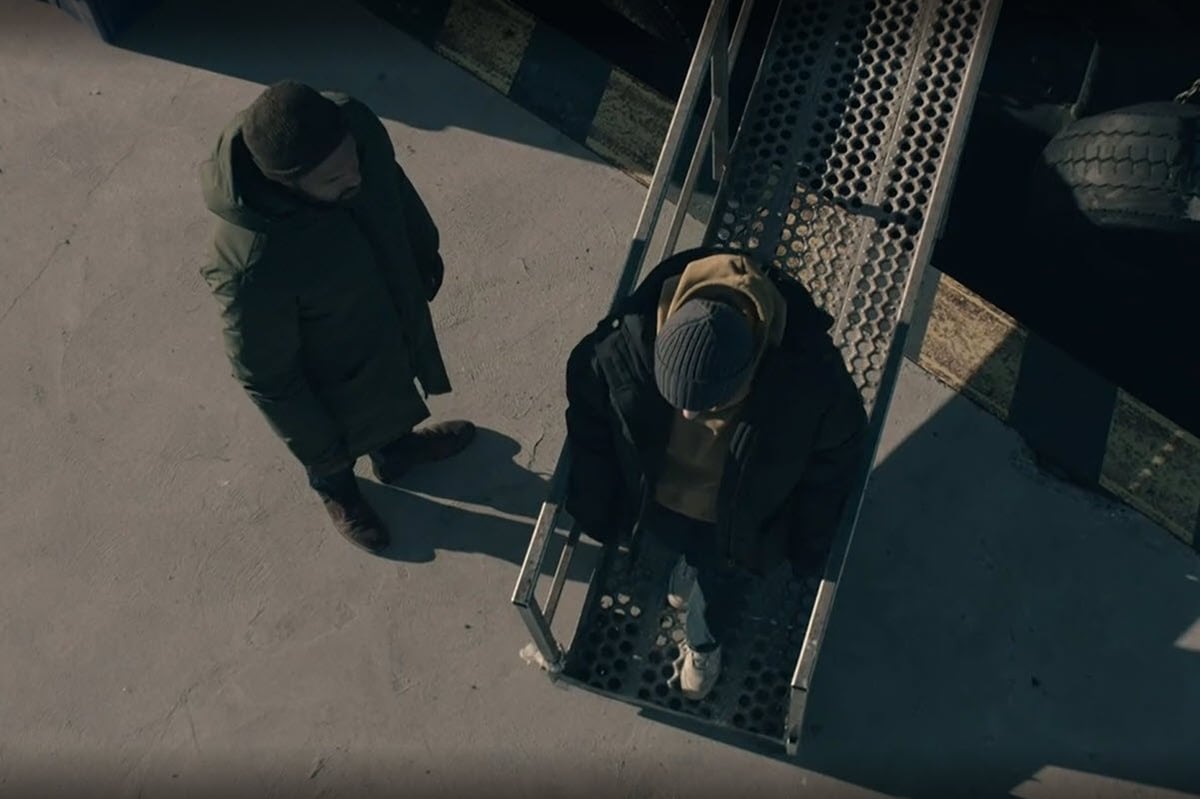 You'd think I'd have no tears left to cry. But I do, and I'm going to keep crying them for the next week.

B
bakulia a year ago

Reply
Upvote
I have never left a comment on anything like this before. But read the last two recaps and it’s like we are the same person!!! 😩 you capture all my thoughts EXACTLY, which is so comforting since I comment on everything and don’t get the same validation from my fiancé watching it with me (probably because he is hoping I would shut the F up 🤣🤣🤣 in those intense moments).

I'm so glad, thank you for reading!! I'm very lucky I get to yell all my thoughts and feelings out into the world (and my boyfriend is also pleased, he is definitely in the same boat as your fiance 🤣), so pleased you can relate!

J
justsaying a year ago

Reply
Upvote
3 upvotes
Chelsea, you’ve captured my love, hate, sob relationship with Handmaids. Wow, what an episode 🥺😤😱😭😤 I swear I am now watching Handmaids for your recap! It’s a wild ride.
C
chelsea mclaughlin a year ago