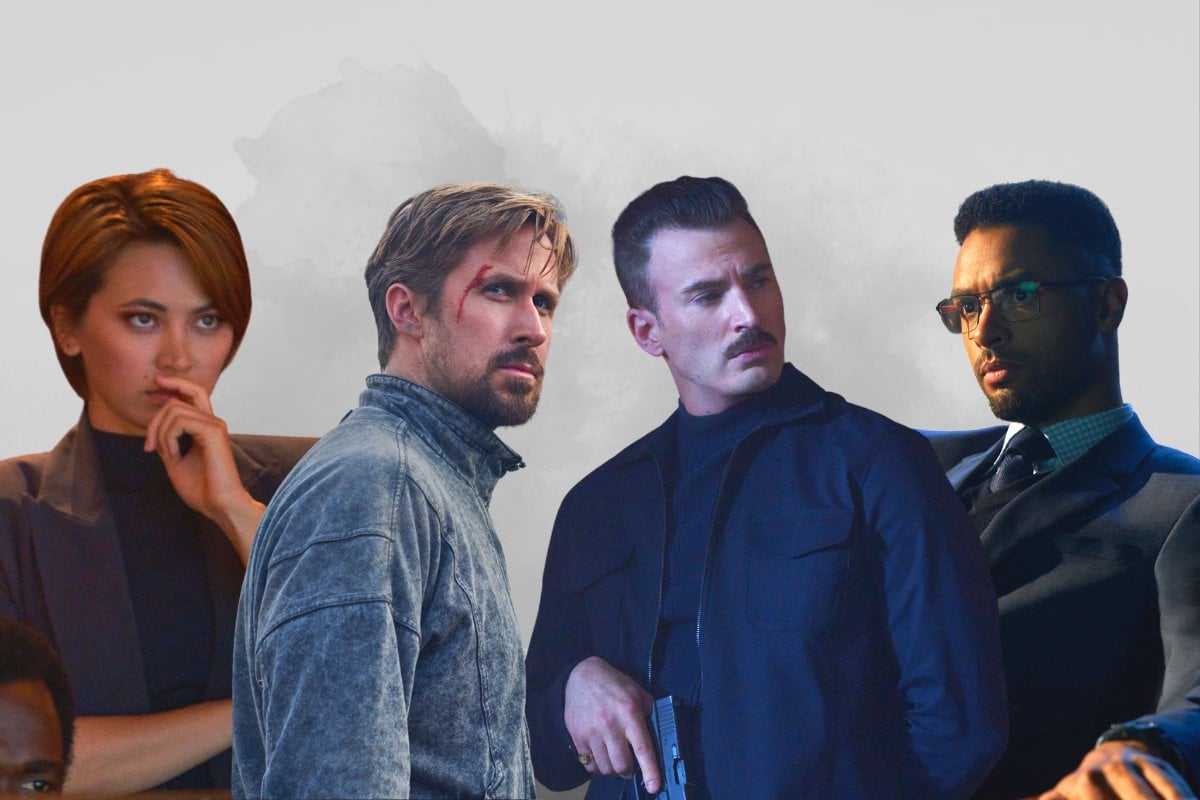 Thankfully, The Gray Man is two hours of exactly that.

The new Netflix film follows CIA operative Sierra Six (Gosling), who after decades of being the agency's best killing machine finds himself as enemy #1 of the same people paying his wage.

All he wants is a nap, but unfortunately, that'll have to wait because he's being hunted across the globe by Lloyd Hansen (Chris Evans), a former cohort at the CIA with a taste for torture. Captain America would not approve, but Evans relishes every psychotic line.

In that sense, it's a typical action storyline. It's a cat-and-mouse game with a lot of collateral damage, and a Big Bad showdown in the end. But it also feels more lighthearted than the action franchises of the past, with less restraint and rules, plus with a fair few eyebrow raises to the audience.

Netflix clearly backs its self-aware tone. With a budget of US$200 million, The Gray Man equals Ryan Reynolds' Red Notice as its most expensive movie ever.

Big is the best word to describe this whole thing: big budget, big effects, and a huge cast. 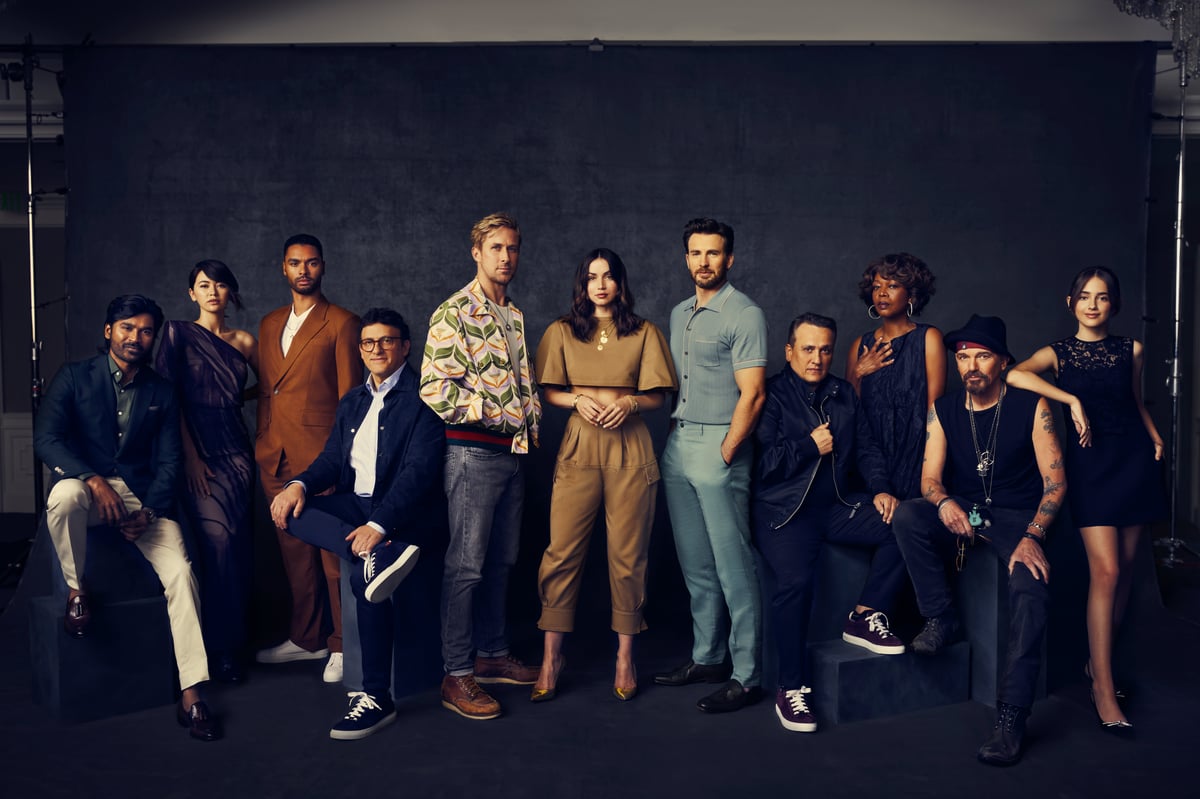 Also, I have to give kudos for the totally platonic nature of it all. Goslings' Six and de Armas' Dani Miranda team up, and there's not even a sniff of romance ham-fisted into the action. That's still depressingly fresh for films like this.

The Gray Man was written, directed and produced by the Russo brothers, known for their work in the Marvel Universe, as well as on TV sitcoms such as Arrested Development and Community. With films like Avengers: Endgame under their belts, they are the second most commercially successful directors of all time, after Steven Spielberg.

So at this point, they could do anything. And they've decided to have fun.

Mamamia spoke to Henwick and Page ahead of the movie's release, who both said the brother's involvement was a huge part of the project's appeal.

Page agreed: "I mean, these guys have achieved pretty much everything there is to achieve in this game. If anyone knows how to make a massive movie, its Joe and Anthony [Russo]." 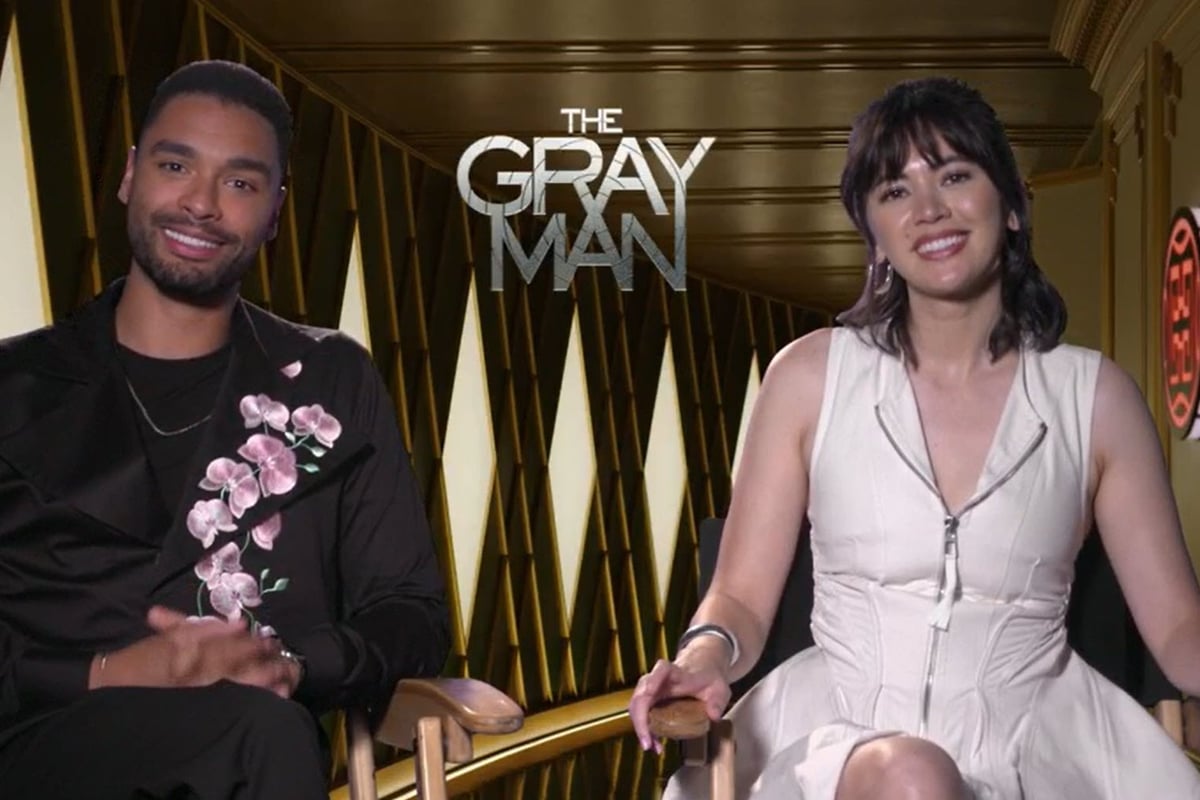 Their skill is clear in the playful tone of the film, he explained.

"Not only have they topped out in terms of making the biggest movies anyone's ever seen, now they're just pushing themselves. They're seeing how far they can go.

"What folks forget is that these guys have made comedy for a lot of their lives as well - they're the guys behind Community - so being able to turn on a sixpence from this adrenaline-fueled white knuckle ride that the script is, to suddenly kind of winking at the camera and having a real witty moment, having something really funny, and then going straight back into adrenaline and action and intrigue.

"It's something that takes a lot of skill to achieve and it's really something to watch it in close quarters."

Henwick plays Suzanne Brewer, a CIA agent with a long history with both Evans and Page's characters. As the film goes on, she's increasingly torn between morality and towing the line to get ahead.

In preparation, Henwick was given the chance to ask questions of a real CIA agent. So she asked a lot.

"I started looking at purely the CIA angle. What was it like to work in the CIA? Thankfully, we were very lucky to be able to speak to someone and - we obviously can't say his name - but he answered all our questions," she said.

"And then once I had that sort of career stuff down, I started looking at her relationships. 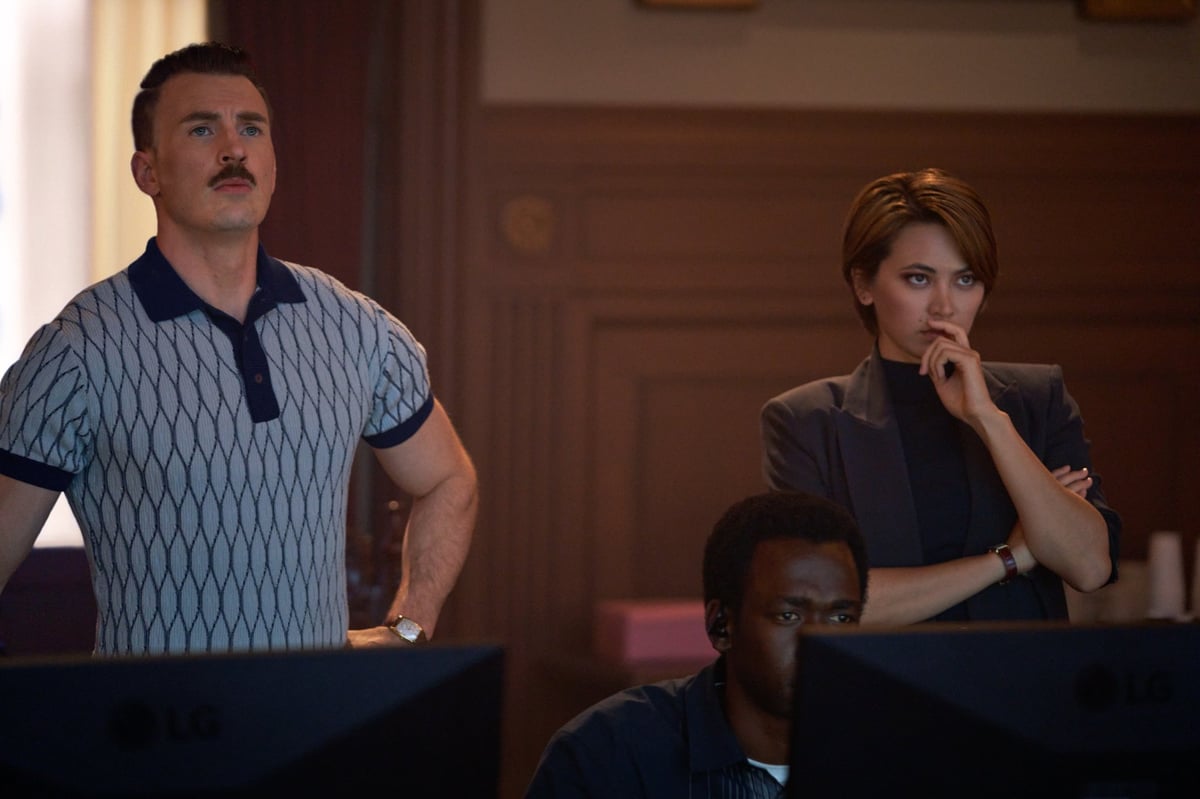 Oh yes. For the sake of her job, Suzanne is willing to work closely "with not nice people who do not nice things, but we do them so well," Page joked.

The former Bridgerton star plays her boss, Denny Carmichael, the CIA's new Director of National Clandestine Service. We learn early on that he's not exactly using his position of power for good.

Page is absolutely playing the villain here, even if that's not how Denny would see himself.

"I think Denny would present himself as the good guy in this picture. He'd be pretty twisted and wrong about that but I think he genuinely believes that," Page said.

He's passionate about playing the bad guy, which is clear in the arrogance and casually threatening manner in which he plays him. He has the perfect term to describe Denny: "morally flexible".

"It's the lack of compromise in characters who are villainous like this that is delicious to play with," Page explained.

"It's the fact that he has no moral absolutes to hold him back. I'd say he's pretty aggressively morally flexible, that would be a nice way of putting things. It just means you can pursue whatever your target is, whatever you need to get done, without anything getting in the way." 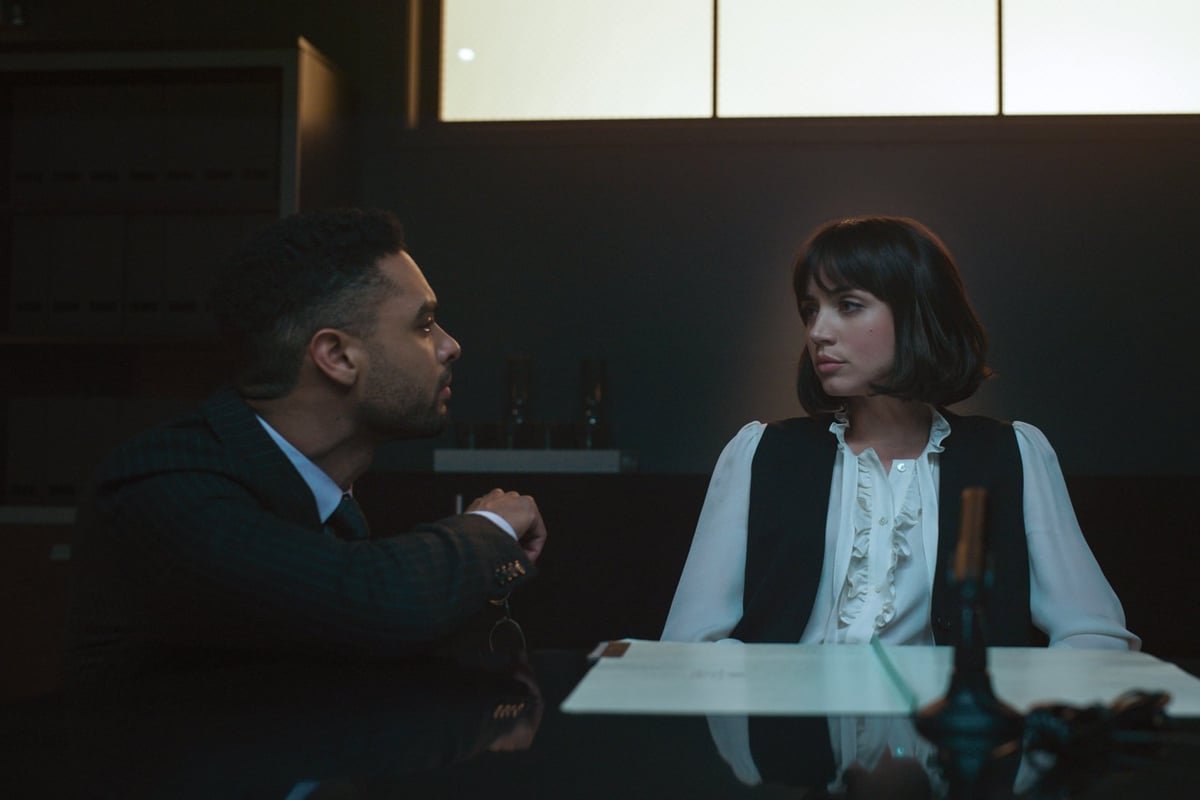 He said that this all meant he got to have "really, really, really fun moments " in exploring Denny's boundaries, letting him lose his cool and then having to pull him back.

"Seeing how distasteful you can get in moments and then when it's too distasteful, you let Chris Evans handle it," Page concluded with a laugh.

The Gray Man was released in limited theatres before it made its way to Netflix, earning mixed reviews. I don't think this film isn't really made for critics, though.

It reminds me of Extraction, Chris Hemsworth's action franchise also written by Joe Russo for Netflix. It too received a lukewarm critical reception but became one of the most-watched original films in Netflix's history, with a reported 231 million hours viewed in its first 28 days.

It's true that The Gray Man isn't going to change cinema or light up award's season. But it's an enjoyable way to spend two hours sitting on your couch, snacks in hand. I truly appreciate a film that will just ease whatever else is going on in your world for a while, especially with a good helping of ridiculousness and uh, Gosling. 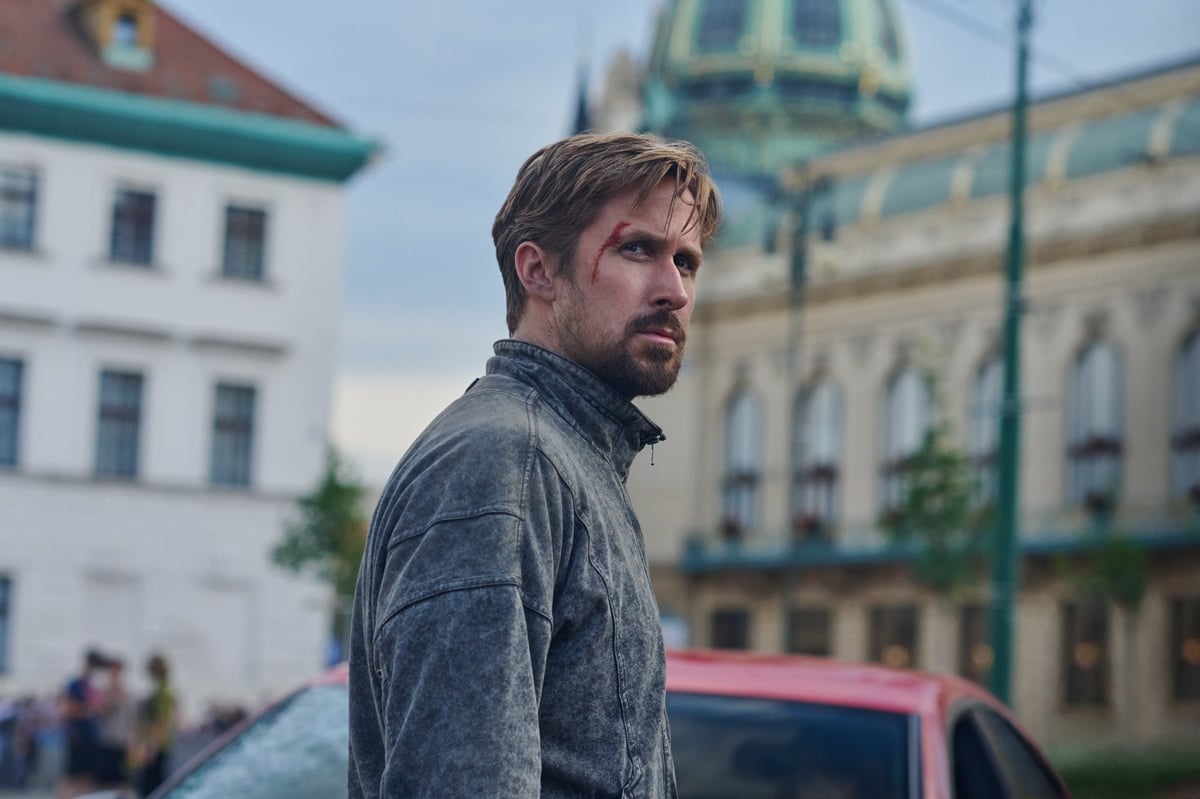 I might be tired, but at least I'm not being chased around the world by a murderous, moustached Evans, ya know?

Page and Henwick are also really satisfied with how it's come together, in one big spectacle.

"It was a set with amazing ambition and it's a thrill now on the other side, having read the script going 'wow this is going to be amazing', to seeing the movie and going 'yep, it was that amazing'," Page said.

The film is based on a series of books by Mark Greaney, and it's clear there are hopes of franchise here. Whether that comes to fruition is still up in the air, but a cool $200m for another round of excess explosions is an investment I can see Netflix banking on.

Given how passionately they talk about this one, the cast seem to have their fingers crossed that is the case.

The Gray Man is playing in selected cinemas, and is streaming on Netflix from July 22.