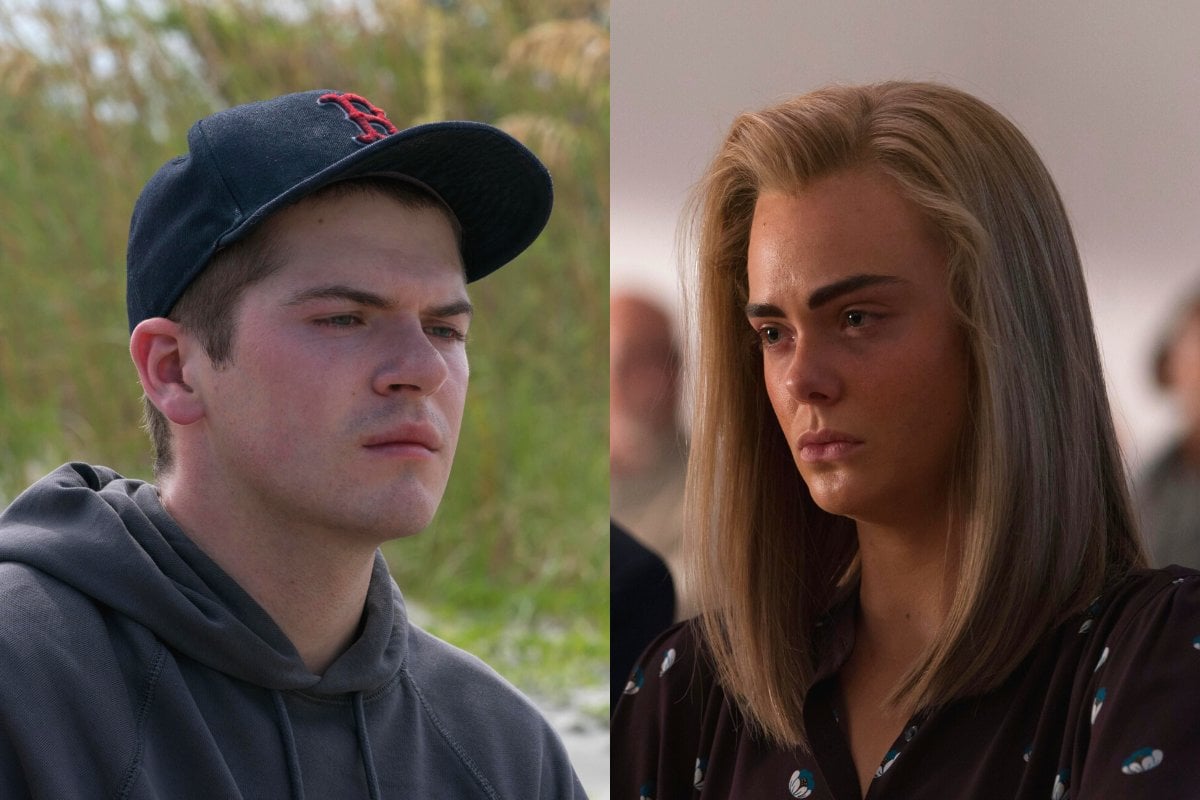 This post deals with suicide and could be triggering for some readers.

When actor Colton Ryan Googled Conrad Roy III, he was sad about the results.

They were all about his relationship to Michelle Carter, and the high-profile trial that ultimately found her guilty of involuntary manslaughter following Roy's suicide in 2014.

But there was nothing at all about Conrad Roy III, the person.

Carter and her infamous "texting suicide" case captured the world's attention in 2017. Roy had attempted suicide before and had been prescribed psychiatric medication, and the case ruled that Carter had coerced him in a series of texts, emails, and phone calls.

Watch: The Girl From Plainville trailer. Post continues below video.

Carter was convicted by the judge of involuntary manslaughter, mostly on the basis of her final phone call in which she ordered Roy, who had second thoughts, to go through with his death.

As Ryan realised during his online search, the media frenzy surrounding Carter's case had left out Roy's story: his passions, his talents, his hopes, dreams, and struggles. His identity had been flattened and forgotten in favour of the more salacious and disturbing details about his death and his girlfriend's actions.

It was that grey area that Stan limited series The Girl From Plainville - starring Ryan as Roy and Elle Fanning as Michelle - wanted to unpack.

The series is a dramatisation of the events leading to the death of Conrad and Michelle's conviction but in an interview with Mamamia, co-creator Liz Hannah said the aim was to create something that was about more than a rehashing of the legal case.

"It was the constant conversation around in the writers' room, finding that grey area. It's something I'm super interested in. I don't believe in the black and white," Hannah said.

"I just don't think anybody is truly [black and white], most of us are shades of grey. And this relationship between Michelle and Conrad was so grey... Doing the grey area is really hard. It's not clean. Everybody wants an answer to why things happened, but you never really have a clear answer." 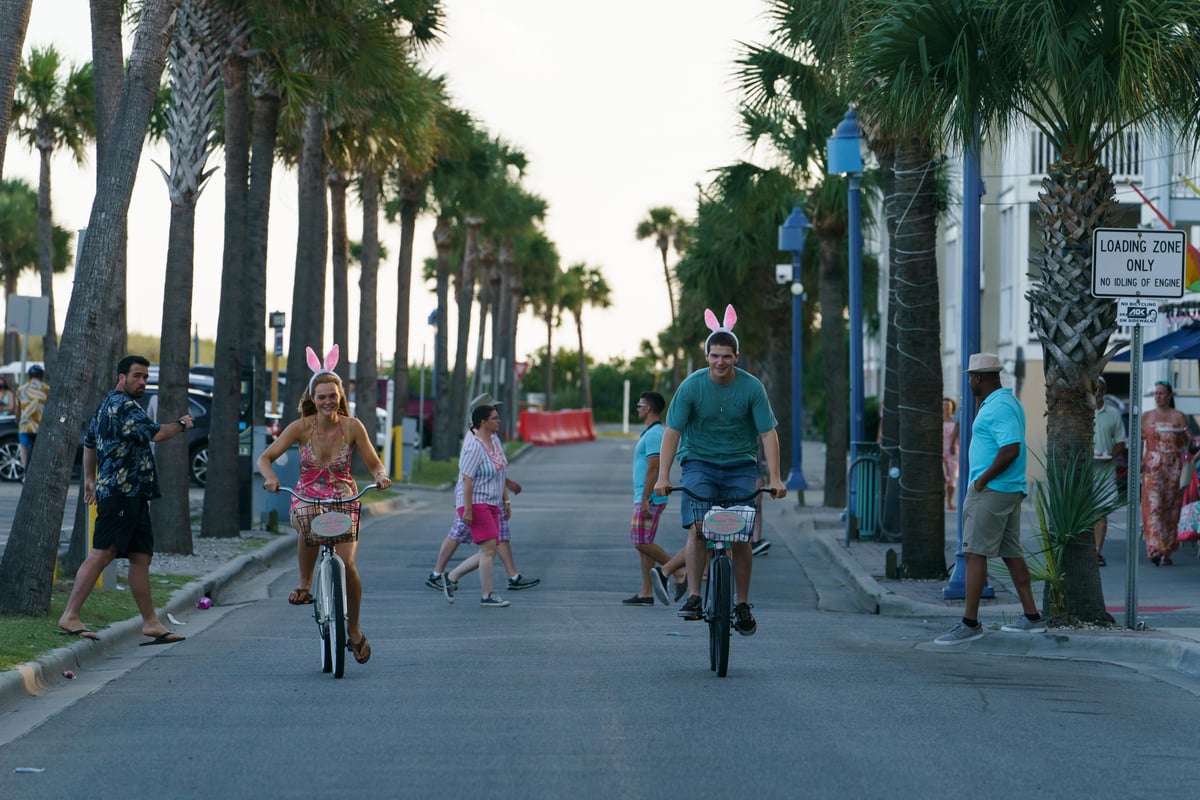 This theme is clear throughout The Girl From Plainville, which humanises all of its characters in a way courtroom reporting and tabloid speculation cannot.

Here, it not as simple as 'Carter is the villain', and 'Roy is the victim'.

The basis of the show was an Esquire article by Jesse Barron's and his accompanying research, but the show's team also had access to all of the text messages sent between Michelle and Conrad and Michelle and her friends. Hannah said they read like diary entries, of teenagers yelling into a void hoping to be seen and heard.

It was these messages - about passions, fears and the mundane details of teenage life - that helped establish the "spine" of the series and flesh out the characters.

"Colton had said something in our first conversation about being sad that when he Googled Conrad, he only came up as a part of the Michelle Carter case," Hannah recalled.

"There was not a story of who he was: a young man who had an extraordinarily tragic end, but of what his life looked like outside of that or before that, and so finding his moments with his family, with his sister with his friends to give him that full, rich life was really important to us. To find the moments where [he] smiled. Mental health, depression, having suicidal ideations, this is not a flatline from A to B, it's a mountain range. And so showing that was really important." 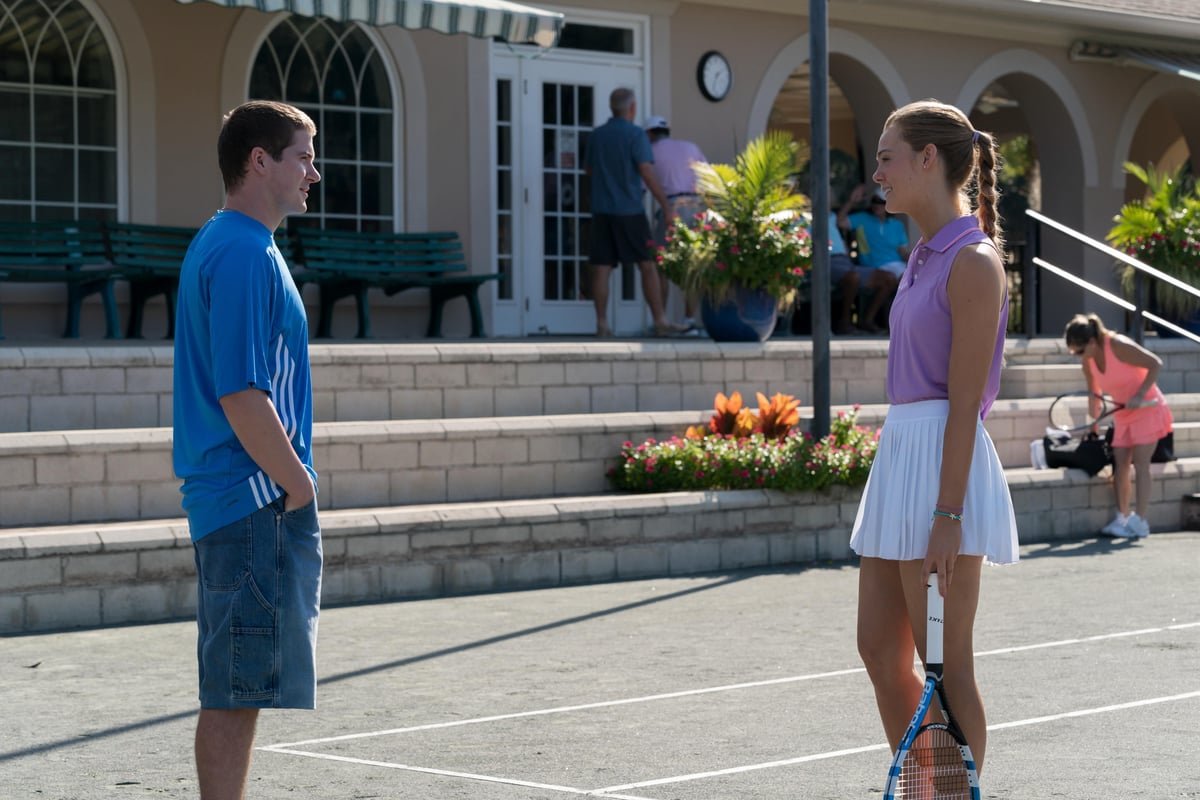 Hannah said what struck her most was Carter's "chameleon" quality, where she would represent herself differently to Roy or her friends, and parrot lines from Glee or The Fault in our Stars as if they were her own.

"To me, that just showed a side of a young woman who really didn't know herself," she said. "Somebody who really wanted to be loved, wanted to be accepted, but didn't know how to do that and was afraid of being themselves, afraid of expressing who they really were, for fear of being rejected. So that was I think the thing that hit me the most. This idea of this fear of being rejected, that was something that we really clutched to."

In conversations with Fanning, Hannah was conscious of the enormous weight she carried in bringing the character to life - especially with balancing the audiences pre-conceived notions of Michelle with the production's desire to establish her as a multi-dimensional character.

"A lot of our conversations were talking about where we were in Michelle's journey. She is in both timelines. She carries the burden. She's also in the fantasy sequences. She has an enormous amount on her shoulders in terms of where Michelle is at emotionally," she explained.

"I think, for us, the audience, finding empathy in Michelle was really important. That doesn't mean sympathy or forgiveness, but being able to see a side of her that you didn't know.

"And so it was finding the ways to do that, so it didn't feel unrealistic and allowing Michelle to be weird; to say the wrong things and to have all these different aspects of her because she's a teenager who doesn't know who she is." 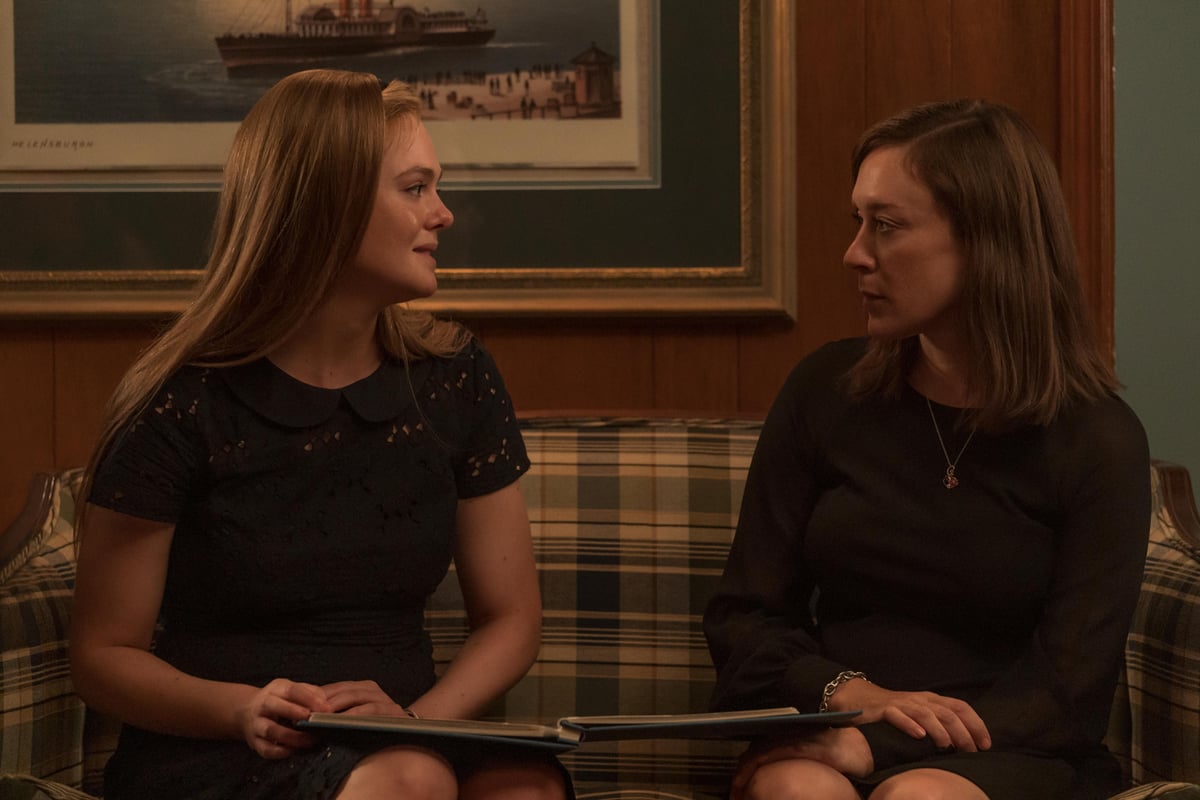 As the series has gone out into the world, the response has warmed Hannah.

"Honestly, the thing that I was nervous about making this show was that people wouldn't get it. That it would feel sensationalised," she said.

"That's the antithesis of what we wanted. And so seeing that people feel that it was handled responsibly and sensitively, that's the greatest thing I could have hoped for."

The Girl from Plainville are now available to stream,  only on Stan.