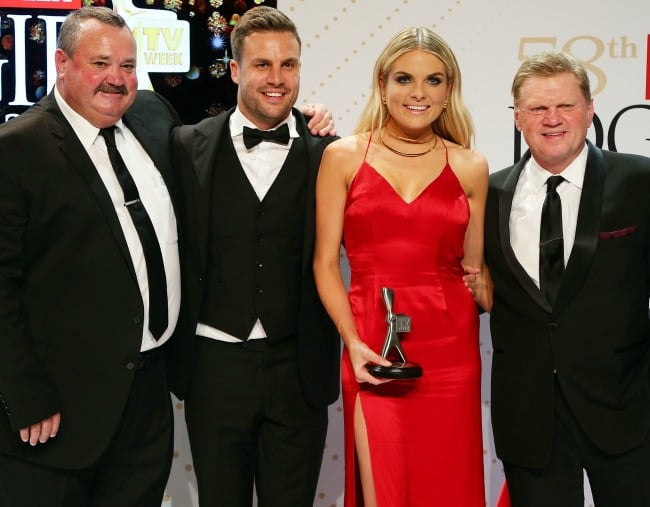 The NRL Footy Show’s 25-year run on Australian television has come to an end, with the Nine Network dumping the ailing rugby league program.

Channel Nine released a statement on Tuesday confirming the show, first aired in 1994 with Paul ‘Fatty’ Vautin as host, had been cancelled.

“A quarter of a century of laughs, controversy and first-class footy analysis.”

The long-running Thursday night program attempted to reinvent itself this season under a tighter budget and new presenter Erin Molan.

But it did little to stem the tide of waning ratings in recent years.

Despite Vautin’s controversial axing, the founding host was hailed as a central figure in the show’s longevity.

“Fatty holds the record for the longest-serving host of any prime time Australian TV show – a tribute to both his understanding of the game, his authenticity, and not to mention his incredible comedic timing,” Malone said.

Nine plans to overhaul its NRL coverage in 2019, with new post-match shows for Thursday and Friday night football.

The broadcaster confirmed Molan would return to cover rugby league, netball, tennis and cricket as part of their Wide World of Sports team.

“Erin is a star and a great broadcaster,” Malone said.

The NRL Footy Show won 11 Logies since across a quarter of a century.