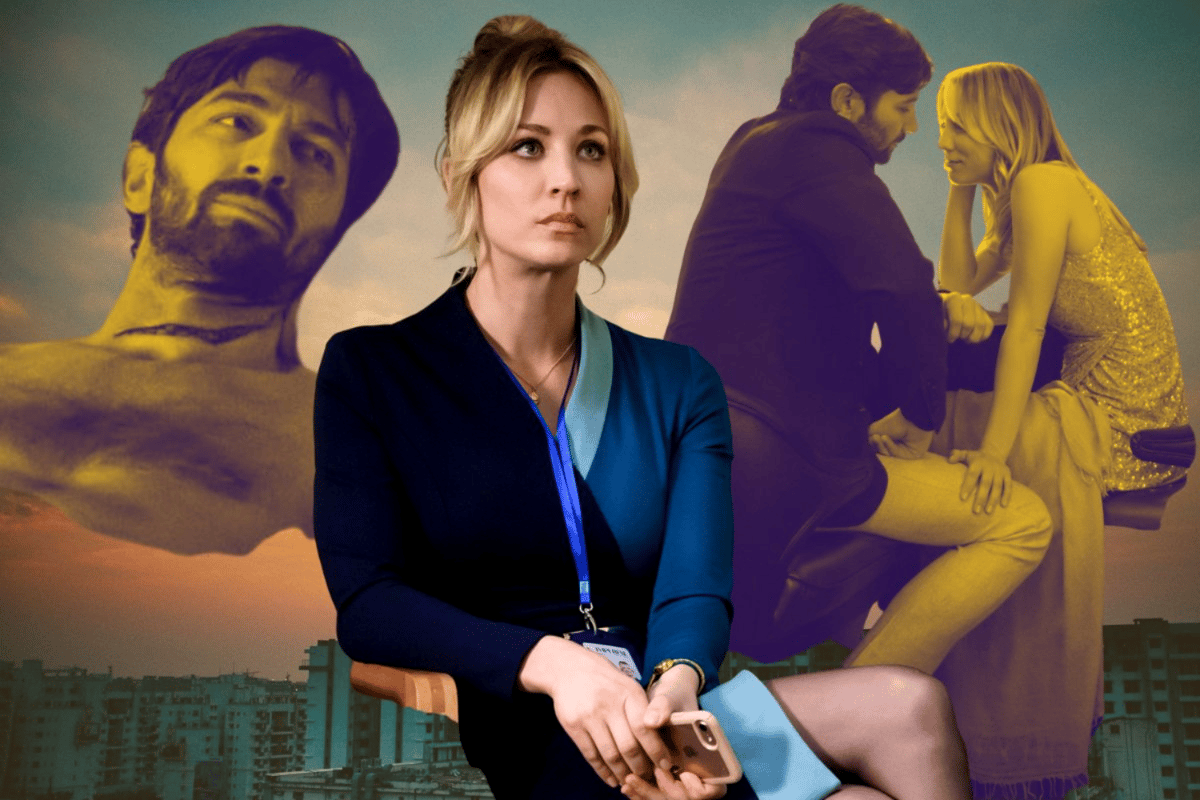 There's a moment in The Flight Attendant that will have you swinging between nervous laughter and intense panic.

New series The Flight Attendant, which is based on the novel of the same name by New York Times best-selling author Chris Bohjalian, is part tongue in cheek millennial comedy and part dark psychological thriller.

With just a touch of brutal murder and a sprinkling of exotic locations thrown in for good measure.

We're first introduced to Cassie passed out in a subway car before seeing her rush home in a hungover haze to pack for a flight, only to discover a random naked man in her apartment who she'd drunkenly invited over for a one-night stand and forgotten about.

She makes it to the airport just in time to start work on a flight to Bangkok where she meets a handsome businessman called Alex Sokolov (Michiel Huisman).

Take a look at the trailer for The Flight Attendant. Post continues.

Even though it's forbidden to date customers, Cassie lies to her co-workers about where she is going once they land takes up Alex's offer of a dinner date. The pair embark on a wild night out in Bangkok where they indulge in multiple cocktails. It's all very decadent and romantic until Cassie blacks out and wakes up in a strange hotel room.

With Alex's dead body, surrounded by a pool of blood, in bed beside her.

This is where things in The Flight Attendant start to get a little stressful and sticky.

Cassie has gaps in her memory from the night before and, terrified of being arrested in Bangkok and unable to leave the country, descends into panic, cleans up the room as best she can and flees the scene.

In her eyes, her one shot at safety is to make it onto her return flight and touch down in the US before the police catch up to her.

Now, if you've ever had a one-night stand in a foreign country that ended in an unexplained murder (and maybe you have, I don't know your life) you'll know that this is a very stress-inducing situation.

As a viewer, even though this is a comedy with some very over-zealous dramatic moments, it's hard not to get caught up in Cassie's building panic through the journey with her as she holds her breath until the plane takes off. Fearing the police are not far behind.

But once back at home in New York, Cassie is not free of Alex's death.

The FBI is on to her, her colleagues have their own suspicions about what happened, she keeps having disturbing flashbacks to that night and a mysterious woman is now following her.

The true strength of The Flight Attendant is that it never leans too hard into trying to be a serious psychological thriller. Instead, it knows its true value is to also be a slightly goofy caper with an inept but loveable lead character at its core.

Mixing the dark with shades of (still murky) light. 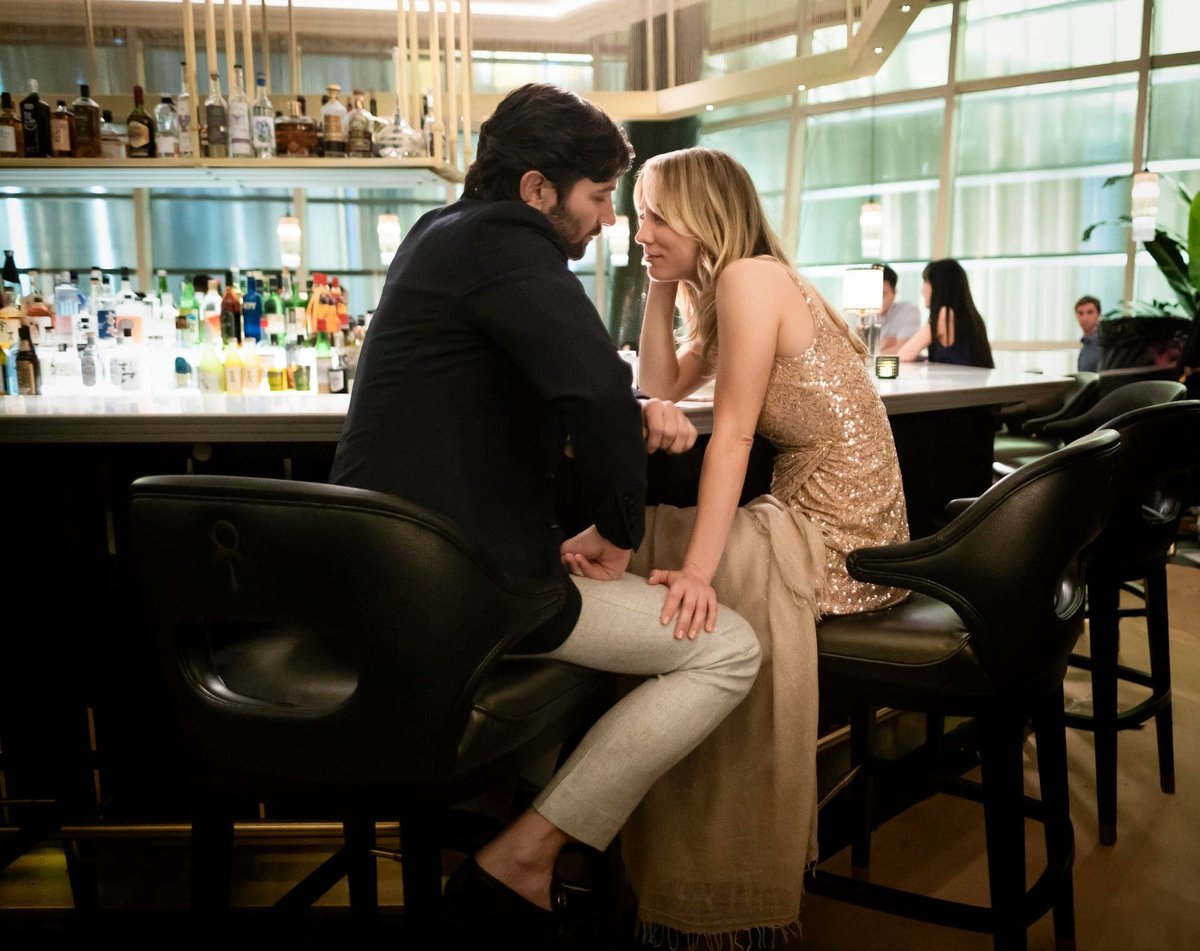 The other strength of the series is the performance of Kaley Cuoco, whose impeccable comedic timing paired with her dramatic ability to appear both vulnerable and fiercely unbreakable is what so perfectly anchors the series.

After a decade of being tasked with recycling the same material over and over again, as The Big Bang Theory's Penny whose main task consisted of rolling her eyes and muttering 'nerds' under her breath, The Flight Attendant has proven that Kaley Cuoco is a formidable leading lady.

Yes, sometimes while watching The Flight Attendant you'll throw your hands up in exasperation watching Cassie do everything you shouldn't do while trying to distance yourself from a dangerous international murder investigation.

Like sneak into said dead man's memorial service in an attempt to trick his shady yet grieving family into giving you answers, but hey, we all react differently in times of trauma.

With the exception of a few overly drawn out flashback scenes, The Flight Attendant is a rapidly and perfectly paced drama, proving new answers and new mysteries in every episode to keep the story hurtling along to a shocking finish.

If you're looking for a hit of escapist TV, this is it.

The first three episodes of The Flight Attendant are now available to watch on Binge and Foxtel, followed by double episodes weekly until the season finale on 17 December.