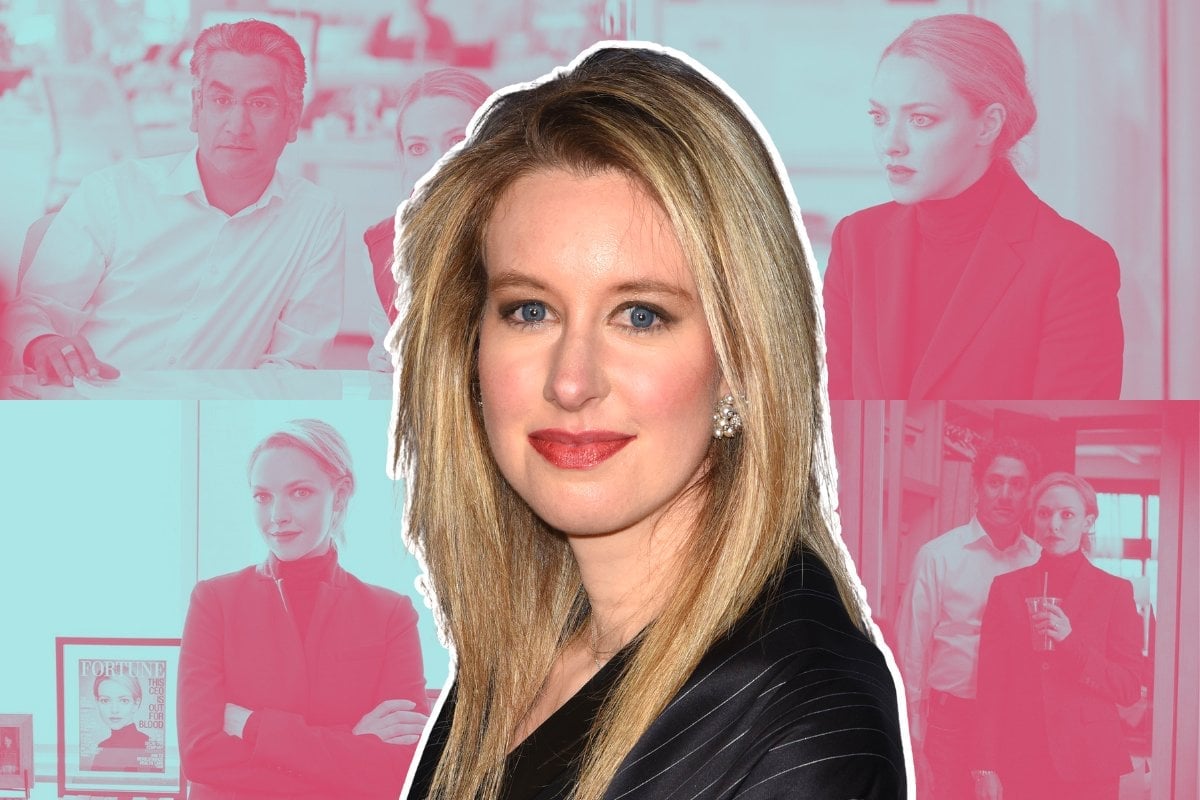 Disney+'s highly anticipated series The Dropout is finally here, following the rise and fall of Elizabeth Holmes and her medical device company, Theranos.

It's a story you've probably heard about before - the downfall of a Silicon Valley unicorn like Theranos is huge news, after all. Especially when run by such a visible CEO like Holmes, a media darling who was lauded as the world's youngest self-made female billionaire by Forbes in 2014.

It's also the kind of story that feels made for television. Especially now, when stories of scams, cons and swindlers are in hot demand.

In The Dropout, Amanda Seyfried plays Holmes - turtlenecks, baritone voice and all.

Here is the true story of Theranos, before you get stuck into the series:

Who is Elizabeth Holmes?

Elizabeth Holmes is a Stanford University dropout who wanted to revolutionise the way illnesses were detected and treated.

Her father was a vice president at Enron, an energy company that went bankrupt after an accounting fraud scandal. Her mother worked as a Congressional committee staffer.

Holmes went to high school in Houston, Texas, where she developed an interest in computer programming and learned Mandarin.

In 2002, Holmes entered her freshman year at Stanford, where she studied chemical engineering and worked as a student researcher and laboratory assistant in the School of Engineering. 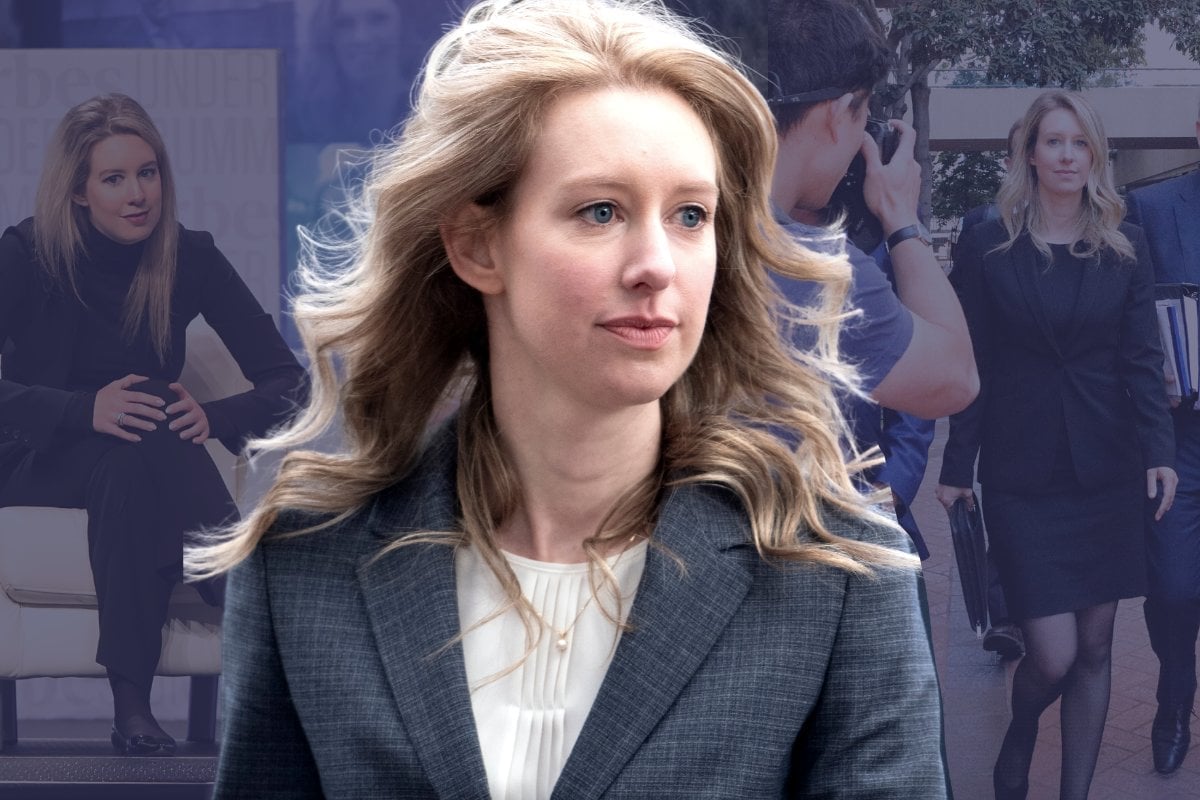 Holmes had wanted to become an inventor from an early age, to follow in the footsteps of her great-great-great-grandfather, who co-founded Fleischmann's Yeast, which revolutionised the bread-making industry in the late 1800s.

While studying at Stanford, she came up with the idea for a skin patch that could instantly diagnose health issues, but was told by her professor and many others that it was practically impossible.

She then moved onto another idea - a pin prick blood test that could detect hundreds of conditions and diseases from a couple of drops of blood, small and easy enough for people to perform on themselves at home.

At 20, she dropped out of Stanford to follow that idea - and it became Theranos.

Holmes modelled herself after Apple co-founder Steve Jobs, adopting a uniform of black turtlenecks like he was famous for.

She infamously trained herself to speak in a lower, baritone voice in order to be taken seriously in the male-dominated world of Silicon Valley.

In 2003, Holmes founded Real-Time Cures in Palo Alto, California. She then renamed the company Theranos, a portmanteau of 'therapy' and 'diagnosis'.

Throughout its existence, Holmes often said Theranos was set up to "revolutionise" healthcare.

With just a pinprick, Theranos claimed its 'Edison device' could diagnose and detect hundreds of illnesses much earlier than blood tests. 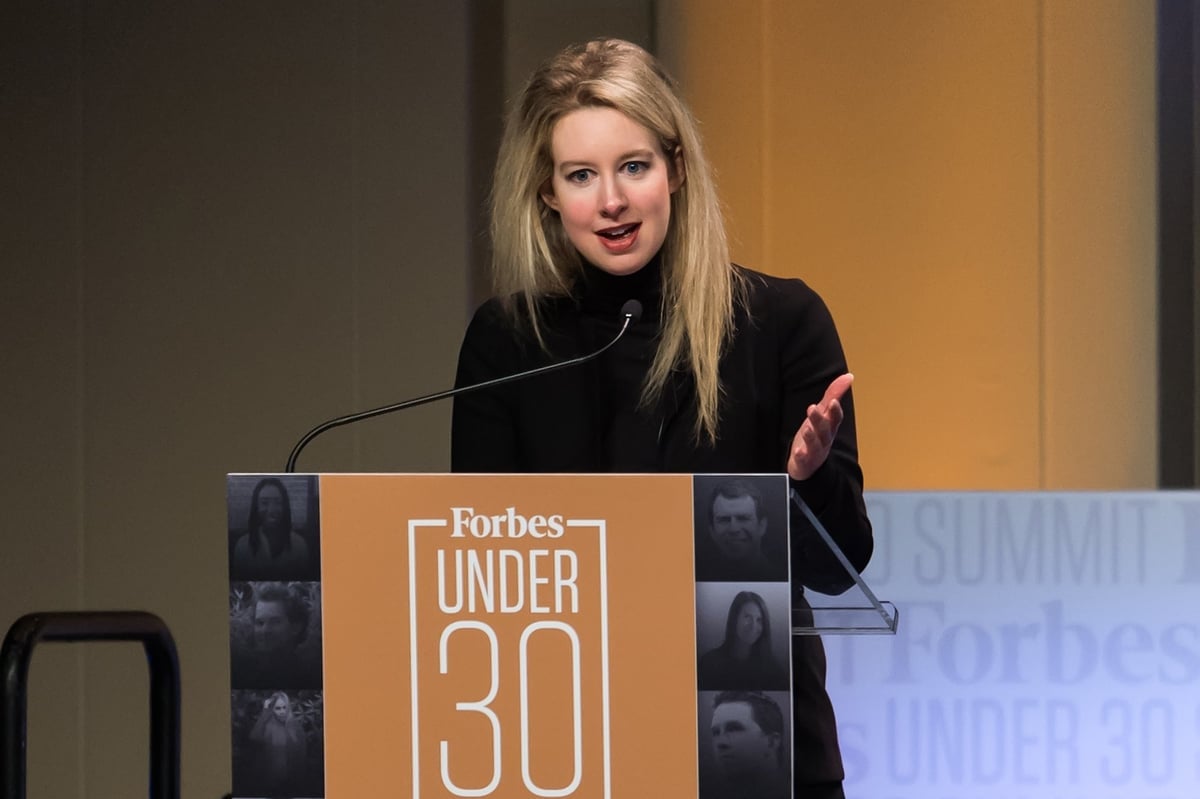 The problem was... the science never worked how Holmes said it did.

Things began unravelling in 2015, when The Wall Street Journal journalist John Carreyrou published the result of a two-year investigation into Theranos. His story detailed the companies misdeeds, questioned the veracity of its lab results and technology, and featured whistleblowers.

Carreyrou broke the story that, although the company claimed that its blood-testing machines could do over 1000 separate diagnostic tests, it could actually perform only one.

The fallout was colossal.

People impacted by the Theranos test's inaccuracies shared their stories, including a woman who was told she was miscarrying her baby when she was still pregnant and a patient who received a false positive HIV test.

Theranos faced investigations by the Securities and Exchange Commission, the Department of Justice, and the Federal Bureau of Investigation. It was sued by investors, and lost its largest partnership with Walgreens.

Forbes, which had previously estimated Holmes' personal wealth as $4.5b, revised it to zero.

But still, Holmes doubled down on her claims.

It all came to an end in June 2018, when the company was charged with fraud by the Securities and Exchange Commission and with wire fraud and conspiracy by the U.S. attorney for Northern California.

The charges against Elizabeth Holmes.

Holmes, and her partner and Theranos COO Ramesh "Sunny" Balwani, were charged with two counts of conspiracy to commit wire fraud and nine counts of wire fraud.

Holmes denied the allegations, stating she did not know Theranos' products were unreliable.

In January 2022, a jury found her guilty on one count of conspiracy and three counts of wire fraud. Holmes was acquitted on four counts and the jury could not reach a decision on three counts.

Where is Elizabeth Holmes now?

She is facing a maximum sentence of 20 years in prison and a fine of $250,000, plus restitution, for each count.

She and Balwani's relationship ended in 2016, and Holmes alleged domestic abuse and controlling behaviour during her trial testimony.

She said Balwani told her what to eat, how to exercise and how to act 'more like a man' in order to better lead Theranos.

It's believed that she currently lives in Silicon Valley with her husband William Evans, a hotel heir. They married in 2019 and welcomed their first child, a son, in 2021.

Where is Ramesh 'Sunny' Balwani now? 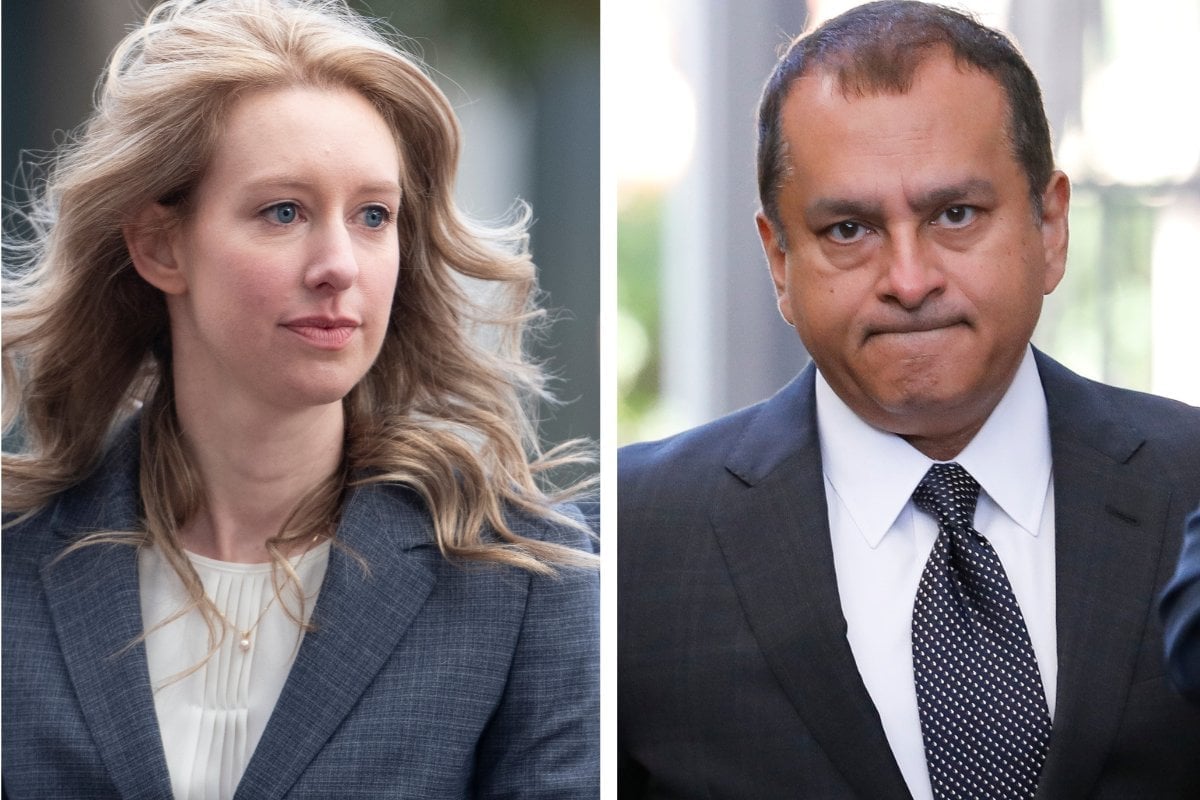 Balwani will stand trial on fraud charges at the same California courthouse as Holmes, and before the same judge.

He has pleaded not guilty to all charges.

The trial will begin with jury selection on March 9, 2022.

The Dropout is now streaming on Disney+.