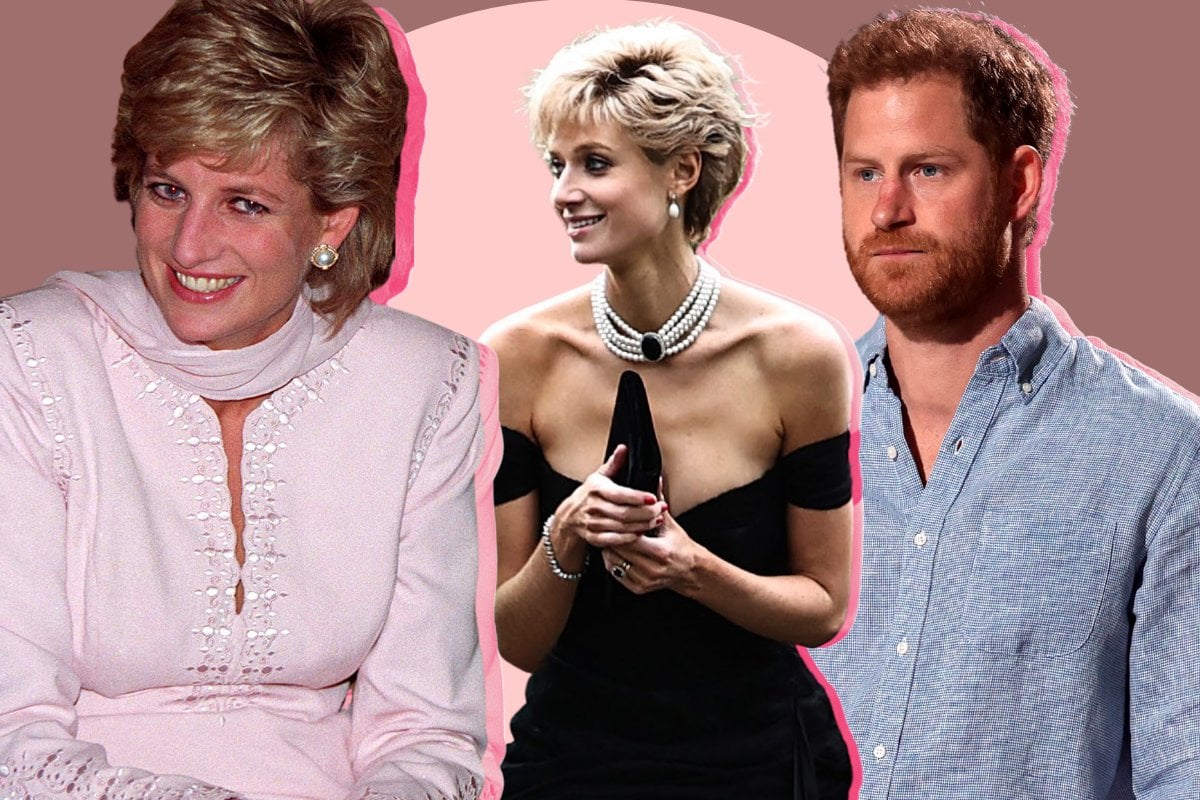 Warning: This post contains spoilers for Season 4 and 5 of The Crown.

When season four of The Crown dropped on Netflix, you best believe we were all talking in fake British accents and obsessively watching Diana interviews ever since.

But there's also been some negative things to come out of the show (and it's not just our accents).

In recent months The Crown has sparked quite the controversy surrounding its historical accuracy and whether it should be clearly labelled fiction.

But with all the new headlines, it can be hard to keep up. So we decided to round up all the controversy surrounding The Crown in one place.

Sarah Ferguson was surprised by her portrayal in The Crown.

Sarah Ferguson, the ex-wife of Prince Andrew and the Duchess of York, revealed she’d actually been rebuffed from offering her guidance and personal insight on The Crown.

In an interview with Town & Country, the royal said she was surprised by the way she was portrayed in the Netflix show - with that being, barely at all…

“Hello? Where is Fergie?” she joked, referring to the fact that her character barely had a part to play in the storyline. 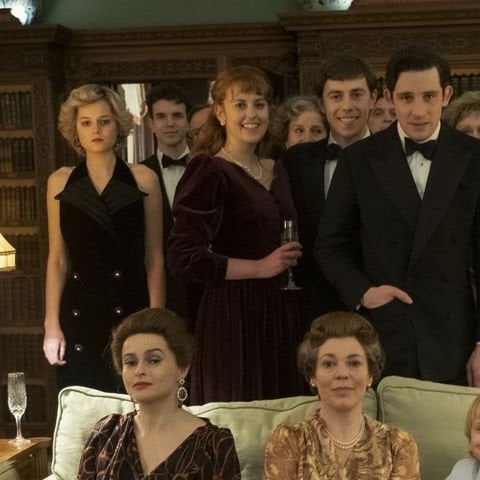 The Duchess admitted she had written to The Crown’s executive producer Andy Harries: “I said to him, ‘Why can’t I help my character?’”

She did however tell US Weekly earlier in 2020 that she “thought it [her scene] was filmed beautifully. The cinematography was excellent,” with no mention to the storyline... But we'll let that slide for now.

The fury over casting.

The Crown cast Natascha McElhone for the role of Countess Mountbatten, and the reaction was something that was definitely not accounted for.

The loudest criticiser is royal correspondent Penny Junor, who said hiring Natascha was a major middle finger to the royal family, because as it turns out, she is the step-daughter of former Fleet Street editor and Guardian columnist Roy Greenslade. What caused the fury though, is the fact that earlier this year, Greenslade revealed he is a supporter of the IRA.

For those unaware, IRA stands for the Irish Republican Army. And it was an IRA bomb that killed Lord Mountbatten of the British Royal Family, in 1979.

Penelope Knatchbull, who Natascha will play on The Crown, married his grandson.

Junor told The Daily Telegraph that she felt who they cast should have been heavily considered.

"I think it shows a lack of respect," she explained. "Of course, you cannot visit the sins of the father on the daughter but there are lots of actresses out there. It just feels slightly 'two fingers'."

A close friend of Princess Diana, Jemima Khan, announced this week that she will no longer contribute to any upcoming seasons of the Netflix series due to what she says is the 'mishandling' of the late royal's storyline.

Speaking to The Sunday Times, Khan explained why she had to take a step back.

“In 2019, Peter Morgan asked me to co-write on the fifth series of The Crown, particularly those episodes which concerned Princess Diana’s last years before she died," she said. "After a great deal of thought, having never spoken publicly about any of this before, I decided to contribute.”

Khan went on to say: "It was really important to me that the final years of my friend’s life be portrayed accurately and with compassion, as has not always happened in the past." 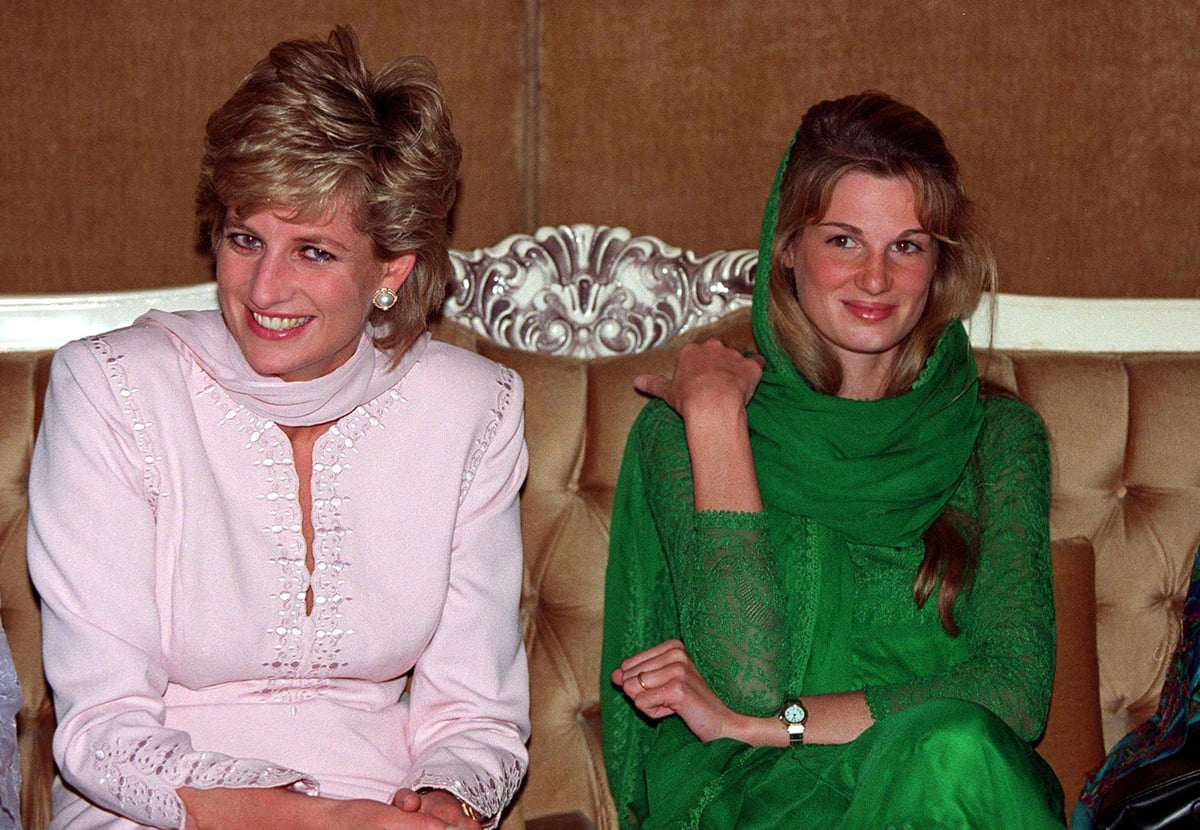 Khan hosted Princess Diana while she was in Pakistan, several times throughout the 90s. She was married to Imran Khan from 1994 to 2004. He is now the Prime Minister of Pakistan and the distant cousin of heart and lung surgeon Hasnat Khan.

If that name sounds familiar to you, it should. Hasnat was considered to be the true love of Diana's life, and he was who she dated between 1995 to 1997 - right before her death.

Khan's decision to leave followed when the situation of handling Diana's final years in the project came up.

Listen to The Spill discuss Jemima Khan's decision to walk away from The Crown. Post continues after audio.

“We worked together on the outline and scripts from September 2020 until February 2021. When our co-writing agreement was not honoured, and when I realised that particular storyline would not necessarily be told as respectfully or compassionately as I had hoped, I requested that all my contributions be removed from the series and I declined a credit," she said.

A spokesperson for The Crown told The Times, “Jemima Khan has been a friend, fan and a vocal public supporter of The Crown since season one. She has been part of a wide network of well-informed and varied sources who have provided extensive background information to our writers and research team — providing context for the drama that is The Crown. She has never been contracted as a writer on the series."

In season five, Elizabeth Debicki will play Princess Diana in her later years, and already we have seen the actress take on the 'revenge dress' scene that the royal was photographed in three years before her death. 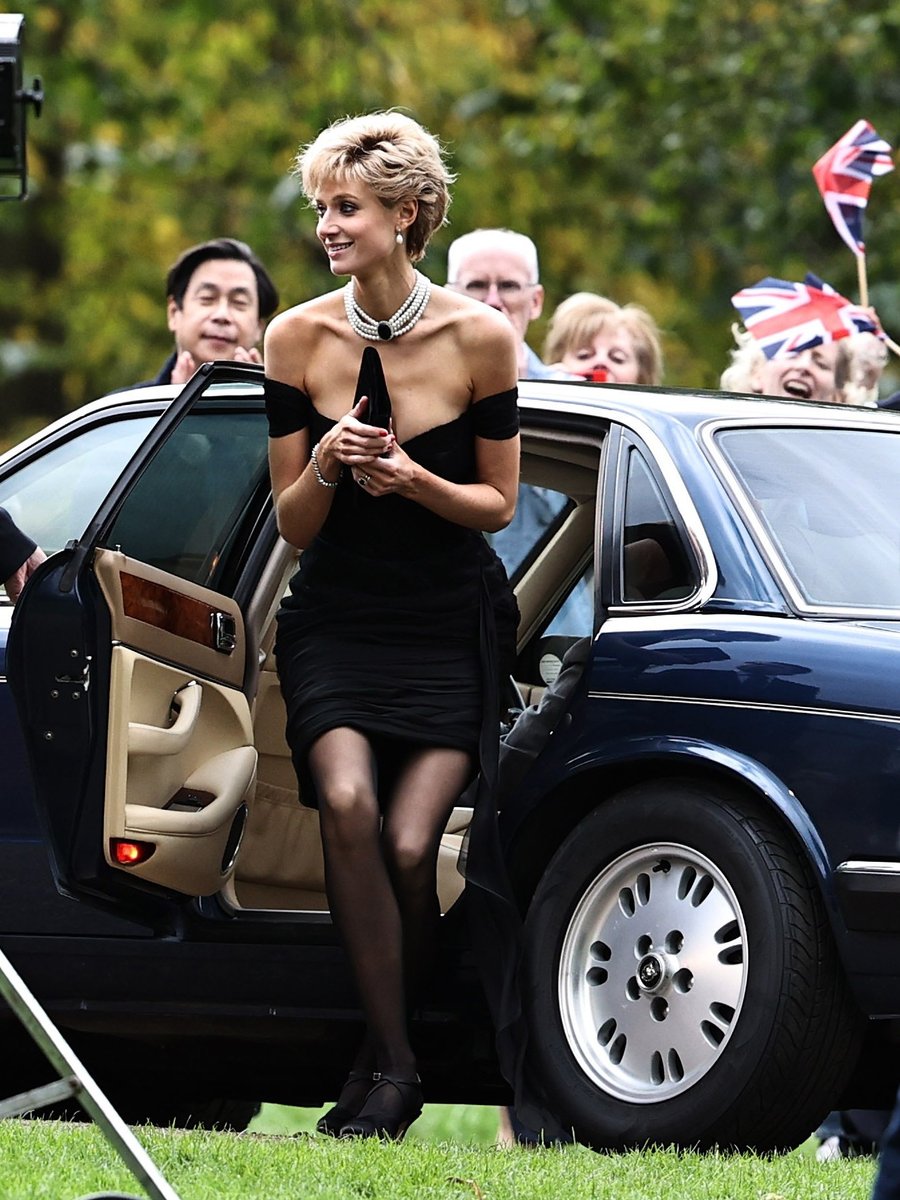 With season five of The Crown set to be released in 2022, many are wondering how the tragic and sensitive news of Princess Di's death will be handled.

After Khan made the decision to take a step back from helping with production and the script, many are closely watching and waiting for Prince Harry's next move - since he and his wife Meghan Markle signed an estimated $135 million contract deal with Netflix.

He has rightfully dodged all questions pertaining to the show, except in an interview with James Corden earlier this year where he said: “I am way more comfortable with The Crown than I am seeing stories written about my family or my wife. That [The Crown] is obviously fiction, take it how you will.”

Calls for The Crown to be labelled a fiction.

Earlier in 2020, UK Culture Secretary Oliver Dowden called for The Crown to be clearly labelled fiction.

Speaking to The Mail, Dowden said he's worried that viewers could "mistake fiction for fact" and there should be a disclaimer placed before the episode.

"It’s a beautifully produced work of fiction, so as with other TV productions, Netflix should be very clear at the beginning it is just that," said Dowden.

"Without this, I fear a generation of viewers who did not live through these events may mistake fiction for fact."

At the time, the minister said he would be writing to Netflix to outline his concerns.

But the UK government aren't the only ones who want to make it clear that the show isn't a true reflection of history.

Helena Bonham Carter, who plays Princess Margaret in the show, also believes it should be clear that The Crown is depicting "our version" rather than the "real version".

"It is dramatised," she told The Crown: The Official Podcast.

"I do feel very strongly, because I think we have a moral responsibility to say, 'Hang on guys, this is not… it’s not a drama-doc, we’re making a drama.' So they are two different entities." 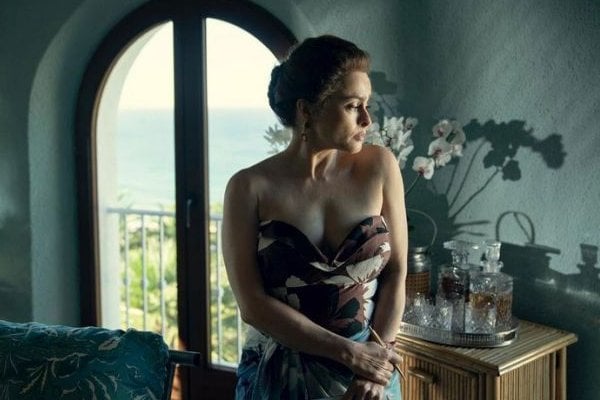 The royal family aren't too happy about The Crown.

It seems the show has caused quite the stir among the royal family.

According to the Daily Mail, friends of Prince Charles have accused the producers of "trolling on a Hollywood budget", with a bunch of Palace insiders slamming the show for not representing the truth.

"This is drama and entertainment for commercial ends being made with no regard to the actual people involved who are having their lives hijacked and exploited," one insider reportedly told the publication.

"In this case, it’s dragging up things that happened during very difficult times 25 or 30 years ago without a thought for anyone’s feelings. That isn’t right or fair, particularly when so many of the things being depicted don’t represent the truth."

They're also apparently not too happy about the portrayal of Charles marrying Diana while maintaining his affair with the then-married Camilla Parker-Bowles.

"The new series paints the Prince and Duchess in a very unflattering light but at least at the start of reality shows like The Only Way Is Essex they admit that some scenes have been invented for entertainment," said a Palace source.

"There is no sense of telling carefully nuanced stories – it’s all very two-dimensional. This is trolling with a Hollywood budget. The public shouldn’t be fooled into thinking this is an accurate portrayal of what really happened."

Prince William is also supposedly "none too pleased" with the show.

"He feels that both his parents are being exploited and being presented in a false, simplistic way to make money," the source said.

The historical inaccuracies in The Crown.

Ever since The Crown was released in 2016, many people have pointed out the show's historical inaccuracies. And this season was no different.

Understandably, the writers took some creative freedom when creating the drama series and added their own spin to royal history.

But one scene in particular didn't sit too well with the ABC.

In a post shared on Facebook, the Four Corners team explained that while they're a "huge fan" of the show there were a few things it got wrong about former Prime Minister Bob Hawke's interview in the Four Corners Canberra studio.

"Firstly, the 1983 Bob Hawke interview you recreated in season 4 was in fact from February 12, not February 26. We went back and found a TV guide just to check our archivists are as sharp as we thought, and they’re spot on," they wrote.

They also made a somewhat sassy comment about the interview actually being filmed in Melbourne not Canberra.

"Secondly, the Hawke interview was in Melbourne, not in our Canberra studios as you say in the show (although we’re impressed with your knowledge of our nation’s capital)."

"And while we’ve enjoyed your creative license, Hawke did not call the Queen a pig on our show and say, 'You wouldn't put a pig in charge of a herd of prime beef cattle, even if it does look good in twin set and pearls'."

Of course, they're not the only ones to call out what The Crown got wrong, especially when it comes to Australia.

Fans have noticed that the scenes from Diana and Charles' royal tour in Brisbane were very clearly... not shot in Brisbane. In fact, they were filmed in Spain (as you can probably tell below).

Oh my god this is meant to be Brisbane in The Crown. pic.twitter.com/WkXbrmOIZk

BRISBANE: Famously the most Spanish city you’ve ever seen in your life.

Reply
Upvote
No one thinks The Crown is a documentary, labelling it fiction would only imply its so close to reality they needed to distinguish it.
C
chrissyinthemiddle 7 months ago

Reply
Upvote
They could have signed deals with other streaming services however its likely Netflix paid a lot more. Harry doesn’t seem to mind his mother’s privacy being invaded as long as he is profiting from it. Unfortunately, loads of money alters some people’s values.
M
mamamia-user-482898552 7 months ago