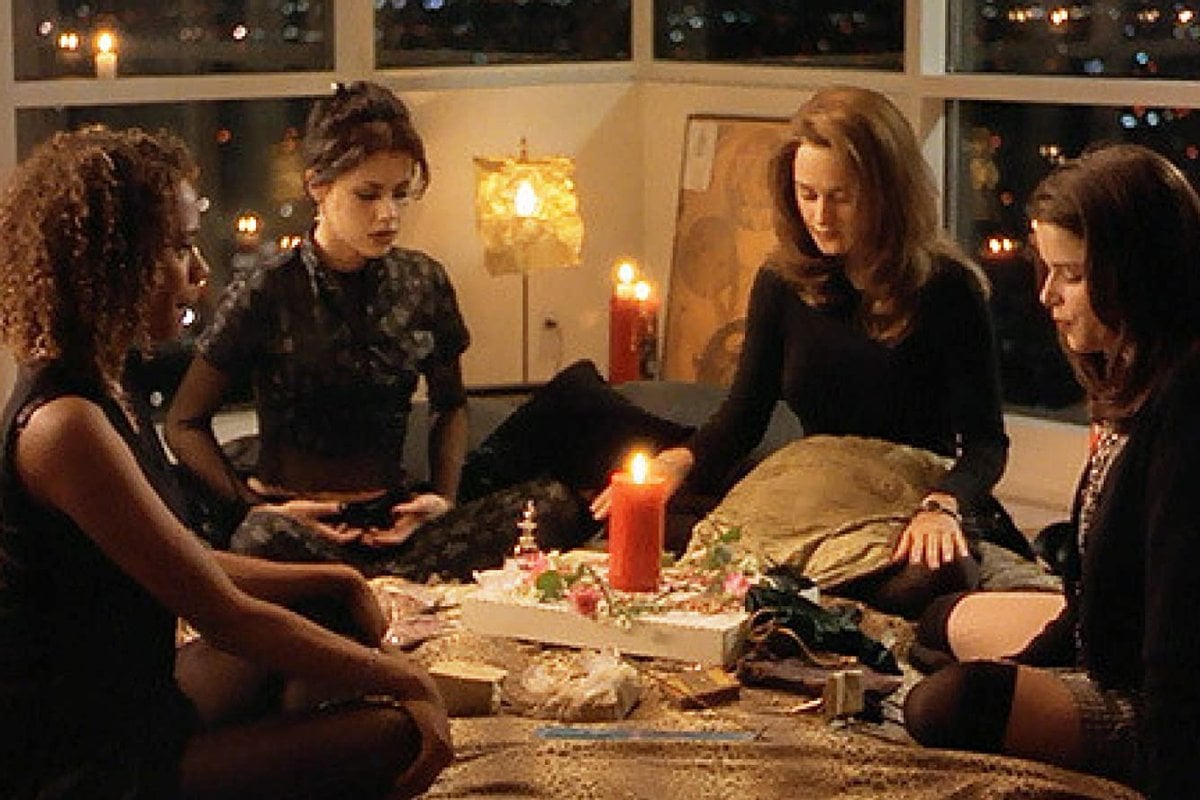 Is there anything that screams the 1990s louder than the four teen witches from The Craft in their black knee-high socks?

Star Fairuza Balk admits she never thought the movie would “land so hugely”. What thrills her most is that her character, Nancy, is now done as a drag character.

“That is one of the crowning achievements of my life,” she told the Los Angeles Times. “That I made a character so camp and so out there that she is beloved alongside other crazy characters that are depicted in drag shows.”

Watch the Mamamia team ask for the honest answer to a controversial question: Should you shush people in the movies? Post continues after video.

Here are 10 things you possibly didn’t know about the movie.

It took nine months to cast the four lead actresses.

Casting director Pam Dixon said they were looking at Angelina Jolie and Alicia Silverstone for the role of Sarah, but both got offered other movies. (Jolie went off and did Foxfire.) They also auditioned Scarlett Johansson, but she was only 12 at the time. Eventually, Robin Tunney, who had won the role of Bonnie, was persuaded to take the role of Sarah instead. Neve Campbell, who was starring in Party Of Five at the time, was cast as Bonnie instead. 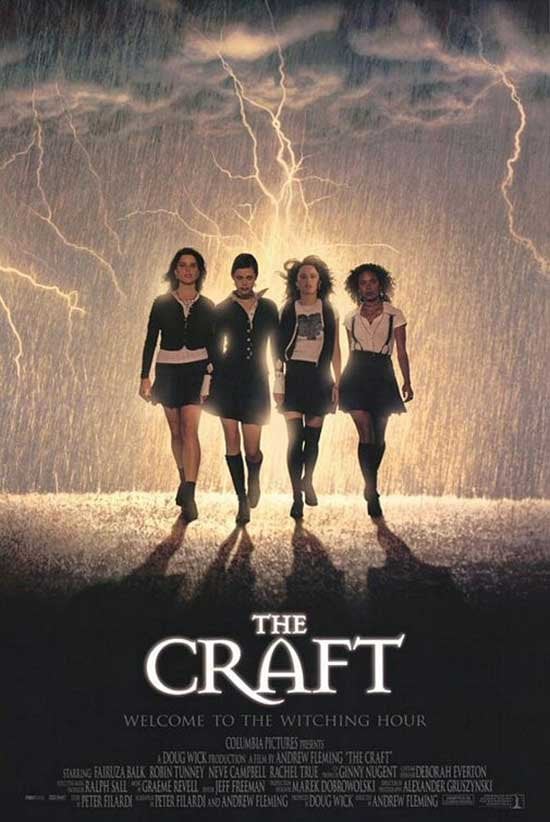 Fairuza Balk was already a practising Pagan when she was cast as Nancy.

She bought an occult shop while she was doing research for the movie.

“We have practising occultists there that will help you… like if you came in and you wanted to get a girl or something, they’d give you a candle and dress it up for you,” she later explained.

Rochelle was supposed to be white and bulimic.

Rachel True, who was a huge fan of Heathers, desperately wanted the role, but kept getting told she wasn’t right for it. After she auditioned for Fleming, the role was rewritten for her, making racism a big part of the plot.

“I think that having the racial component in that movie added a really great layer that just wasn’t there in most teen movies,” True told HuffPost.

The actress had just shaved her head for the movie Empire Records, so her hair was super-short, and the studio insisted on the wig.

A real Witch was a technical adviser on the movie.

Pat Devin, from Covenant of the Goddess, had a lot of input into the script.

“My goal for the rituals and chants was that they be authentic, if generic, and that they contain nothing that could not easily be found in at least two books, or plausibly created by teenage girls,” she told Wychwood.

For the scenes at St Bernard’s Academy, filming took place at Verdugo High School, which opened in 1937 and has been recognised as being historically significant.

Beverly Hills 90210, Heathers and My So-Called Life were all shot there. Students kept attending lessons in other parts of the school while filming for The Craft took place.

Some of the snakes escaped.

Snake wranglers brought in about 2700 of the slithery things for the memorable scene where Sarah’s house fills with snakes, bugs and rats.

“I know that they knew exactly how many snakes they brought, and I know that not all of them got back in the box,” location manager Gary Kesell told LA Weekly.

While they were preparing to film the rooftop scene between Sarah and Chris (Skeet Ulrich), they saw a baby falling from a window.

“The baby landed on the ground from like three or four storeys,” key assistant location manager Brett Williams told LA Weekly. “We got the paramedics there and saved the kid’s life.”

While you're here, listen to Kee Reece and Laura Brodnik discuss whether you should watch the dystopian South Korean drama, Squid Game, on Mamamia's podcast The Spill. Post continues after podcast.

Manon, as a deity, was invented for the movie.

Devin explained she approved of an invented name being used, because she “didn’t want hordes of teenager running down to the beach or out to the woods invoking anybody real.”

The scene was shot at the popular Leo Carrillo beach in Malibu, and the park ranger told the crew exactly how high the waves would go at high tide. The crew set up and started shooting the four girls invoking the spirit.

“But it was just this odd thing where, when the girls started the incantations, the waves kind of came up,” Fleming told HuffPost. “And at one point, a wave came and wiped the whole set out.”

At another point, when Balk began chanting, power to the generator was lost.

“There were a lot of things that one can say happened because of the nature of the movie,” production designer Marek Dobrowolski told LA Weekly, “and I think we should keep it like that, because there was definitely magic happening on the other side of the camera.”

Rachel True went on to work as a tarot card reader. Meanwhile, Helen Shaver, who played Nancy’s mother, is now better known for her directing. The 70-year-old recently directed episodes of the Netflix series Maid.