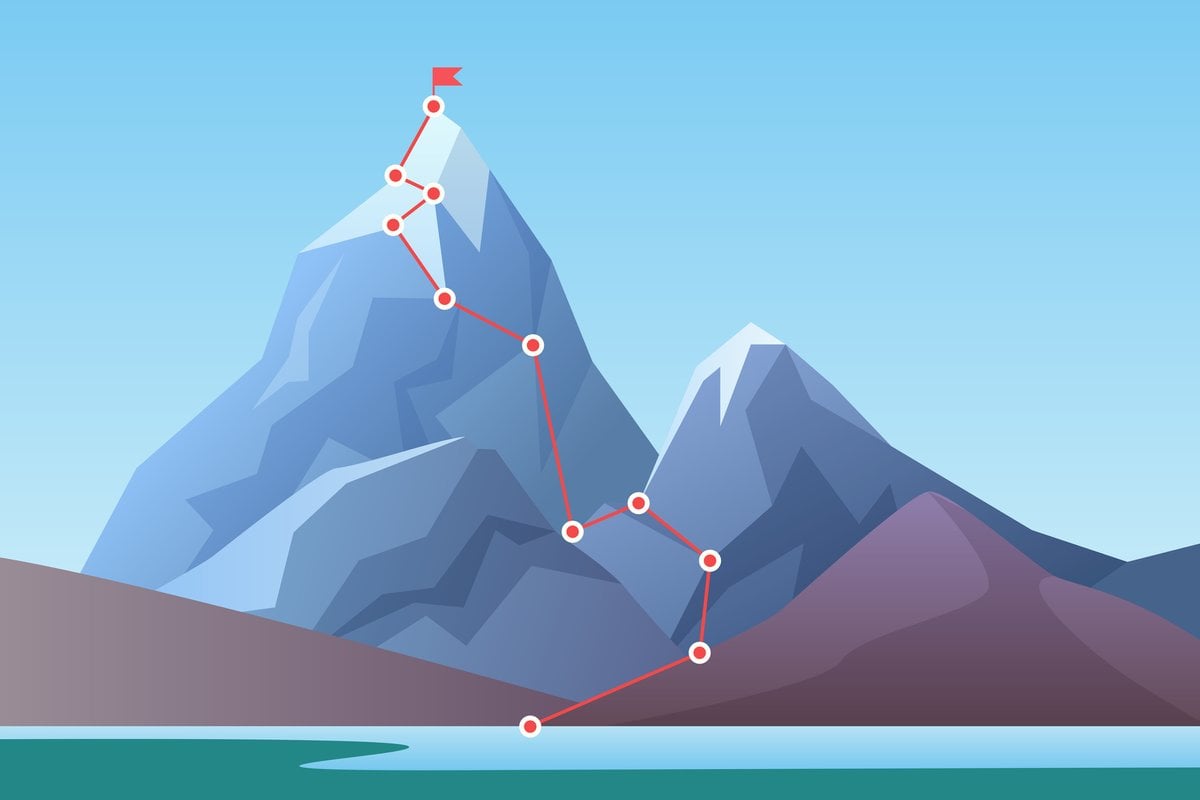 She was too smart. I mean that.

"You should try reading Shakespeare in German," she told me once. "It’s funny as hell. You’d get a kick out of it."

Side note: Watch a 2020 Zoom call from the future. Post continues below.

This kind of thing would usually irritate me. But my friend wasn’t trying to show off. She was just being her brainiac self.

She was the smartest girl I'd ever met. She knew four languages, not counting Old English — or the Japanese she picked up from living in Tokyo. Given all of this, you might wonder why it took her almost 10 years to finish her PhD, more than twice as long as her friends.

She was too smart.

My friend didn’t struggle with the usual problems.

She didn’t hate her job. She didn’t procrastinate. Over the years, she wrote hundreds of pages for her dissertation.

She loved spending all day (and night) in the library.

She was downright charming. You could go out for coffee with her and come back feeling like a different person.

She made everyone around her smarter.

She didn’t have problems with confidence, or getting dates. Somehow she managed to live a full life, just stitching together gigs and living that photogenic minimalist lifestyle.

She eventually found someone who appreciated her brains, along with everything else she had to offer.

She just couldn’t finish her dissertation.

Some people are too good for their own good.

My friend isn’t the only incredibly talented person who took an extra long time to accomplish something.

It made history in 1997 with a 61-week run on the New York Times best-seller list, moving three million copies.

Based on its success, Charles Frazier got an $8 million deal for his second book, with nothing more than a one page proposal. Cold Mountain swept the award scene that year, and went on to become a hit film that earned seven Academy Award nominations.

Sometimes it takes an intervention.

You probably don’t know that Frazier spent almost a decade working on Cold Mountain. According to lore, he couldn’t stop.

One of his friends finally snuck an unfinished copy of the manuscript to a literary agent, who signed Frazier on the spot. That’s the only reason anyone knows anything about Charles Frazier. It’s hard to imagine how long he would’ve kept revising it.

It would be easy to say Frazier just didn’t have confidence in his work, or that he suffered from imposter syndrome.

But that doesn’t explain everything. If Charles Frazier lacked confidence, he wouldn’t have quit his job as an English teacher to finish working on the book. He had to believe in it on some level.

Frazier’s problem was that he was just too good at what he did. He loved doing it too much. It’s a strange problem to think about, but not as rare as you think. We all know someone who has the same issue. There’s a chance you are that person. And if you’re not, there’s even better news: There’s absolutely no reason to be jealous.

The Cold Mountain Effect explains what we mistake as perfectionism.

You’ve probably heard of the Dunning-Kruger Effect, which explains why incompetent people think they’re so smart. It’s where we get that saying, "A little knowledge is a dangerous thing."

The Cold Mountain Effect explains the opposite.

Someone can know too much. They can be too talented. They’ll turn any project into an epic journey through the Himalayas. They don’t get tired of working. They don’t want to see the end. They’re not even perfectionists. They just love their work too much.

Beware of The Cold Mountain Effect.

It’s a fun story. Most of us look at his career with a mix of awe and envy. But here’s the thing. You probably don’t have a friend who’s going to conduct a secret operation to show your unfinished project to their literary agent, or some angel investor. We have to advocate for ourselves.

For every Charles Frazier, there are hundreds of incredibly talented people who never learn how to finish their work and leave it alone. They never know when to say, "It’s good enough."

They wait for someone else to tell them.

You have to climb down from Cold Mountain.

Anyone can get stuck on Cold Mountain. We can turn our goals into an endless climb. The question is, why?

We’re perfectly capable of accomplishing what we want. We’ve even done it. We’ve finished the ascent. But we refuse to plant the flag. We stay just below the summit, because we don’t want to climb down.

It feels good to be close to your goals.

Almost done feels better than actually done. We see the top. Instead of pushing our way there, we linger.

Success, that’s the scary part. Most of us don’t have the first clue what to do when we achieve something.

Accomplishing goals usually doesn’t bring the euphoria we expect. If it does, the sensation never lasts too long. It leads to more pressure and expectations. After extraordinary success, some people even sink into an abyss of depression. They start abusing drugs and alcohol. They just don’t know what else to do with themselves. They chase the high they thought their enormous success would bring them.

Every few months you see a story about some dude who sells his company for billions of dollars. Instead of enjoying it, he falls into an existential crisis. We’ve seen the same story with everyone from famous authors to word-class athletes and musicians. That fate scares incredibly talented people more than anything, even if they don’t know it.

Our odds of enjoying that level of success are so small, it’s not worth the worry. It’s way more likely that we’ll spend a lifetime never accomplishing our first big goals, even though we could.

There’s no reason to fear a thud, either.

Incredibly talented people fear one thing even more than enormous success that puts more pressure on them.

They’re afraid of the thud.

When someone thuds, their book or album or startup just does pretty well. Incredibly talented people are secretly terrified of this, too. They think if they sink an enormous amount of time and energy into something and it doesn’t pay off with early retirement or a Nobel Prize, then their life is over, and they’ll never make anything again.

This is wrong, too.

You can’t live at the top of Cold Mountain.

When you finish something, you have to start something else. Or you have to take a break and figure out what’s next.

That’s often the hardest part for smart, talented people. They don’t like hangovers that follow achievement. They die by comparing themselves to their own potential. They try to outdo themselves.

Think of it this way:

They try to write Cold Mountain, every single time.

The solution is to stop caring so much.

The most satisfied and emotionally stable artists and content creators don’t spend years sweating over a single piece of work, even if they pretend that it’s what they’d rather be doing.

After Cold Mountain, Charles Frazier went on to publish three more books. None of them did as well as his first. It doesn’t matter. You might even say it’s impossible to top that kind of success.

What matters is that he learned how to put his work out there, and stopped relying on people to steal his work.

Don’t be too good for your own good.

My friend eventually let go of her dissertation. She graduated a few years ago, well after most of her friends had finished and gotten tenure-track jobs, many of which she was overqualified for.

She’d written almost a thousand pages, and hundreds of footnotes. Deciding what to submit became a project of its own. Now she’s married with a kid, and a decent job. She’s still too smart and talented for her own good, but she doesn’t let that get in her way anymore.

When you’re incredibly smart and talented, you have a different struggle. You have to let yourself stop when the work feels okay.

Because your version of okay is mind-blowing.