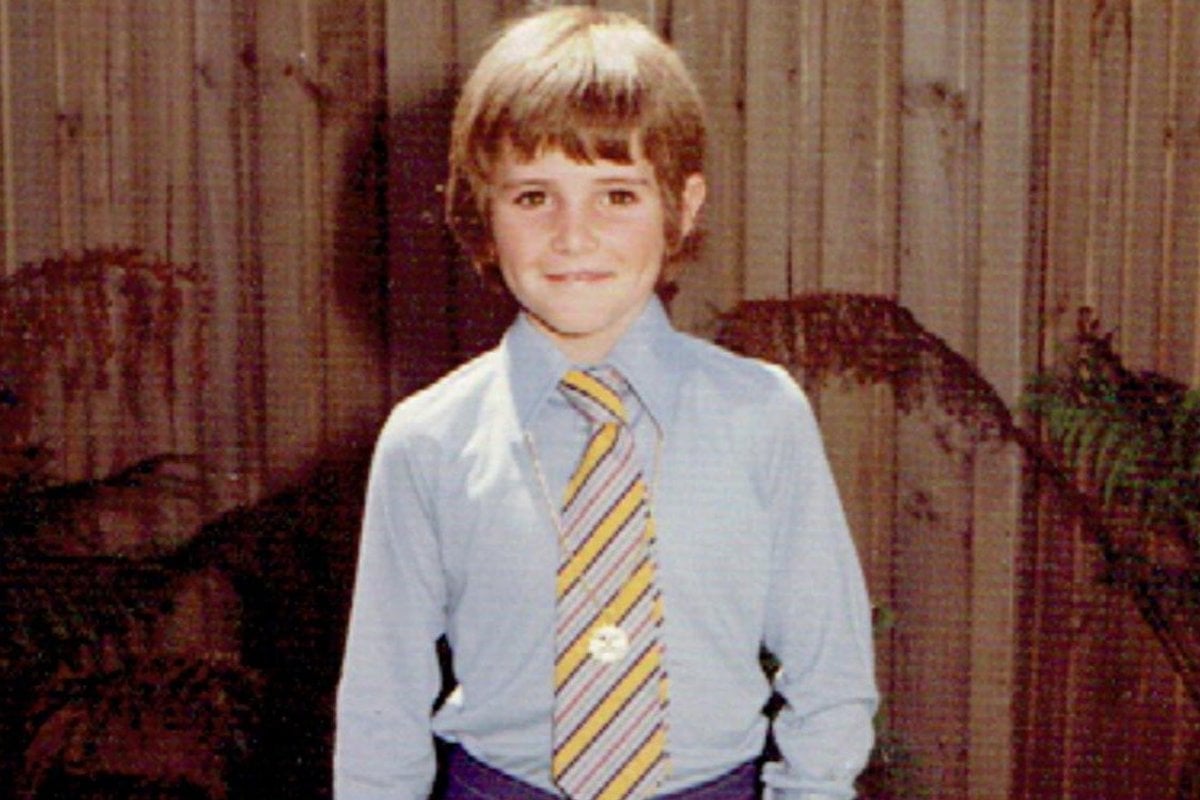 The following is an edited extract from The Boy in the Presbytery by Monique Patterson. It is available to purchase now from Genius books.

In his early years, he was the beloved son to Geoff, an Australian Army soldier, and Anne, a staunch Catholic.

Paul attended public primary school in Melbourne but as a good Catholic himself, he regularly attended religious education classes.

Later in life, he followed in his father’s footsteps, serving in the Army.

He married in his twenties, but quickly divorced due to his alcohol abuse—he had been using alcohol and drugs from a young age.

Paul became a man whose every thought was haunted by the demons of his past. He kept his troubles to himself, telling no one, not even his closest friends or family.

That is until the day his life changed forever and he became "the boy in the presbytery."

The year that Paul’s living nightmare would begin was 1980. He was 12 years old when his mother’s friend, a nun, introduced the family to Gerald Ridsdale. 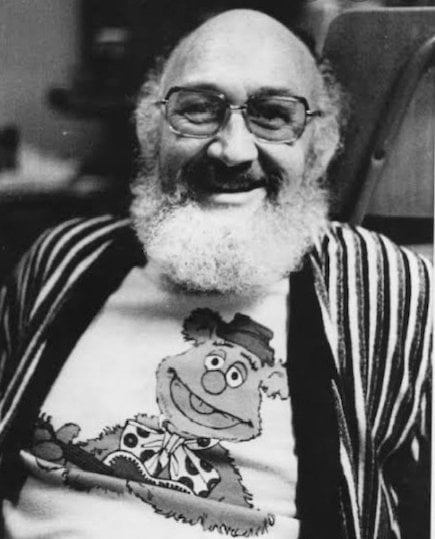 Ridsdale was a Catholic priest who was studying at the National Pastoral Institute in Melbourne.

Paul’s parents were going through some marriage troubles at the time.

Gerald became a regular visitor at the Levey home. He was always offering to help Paul’s parents.

Sister Genevieve, the nun who had introduced Gerald to the family, mentioned he and his brother Peter Ridsdale were going camping at White Cliffs in New South Wales.

The two regularly went there to fossick for opals. Sister Genevieve thought it might be a good idea for Anne and Paul to go. There would be other children there for Paul to play with and it would be a good chance for Anne to clear her head. 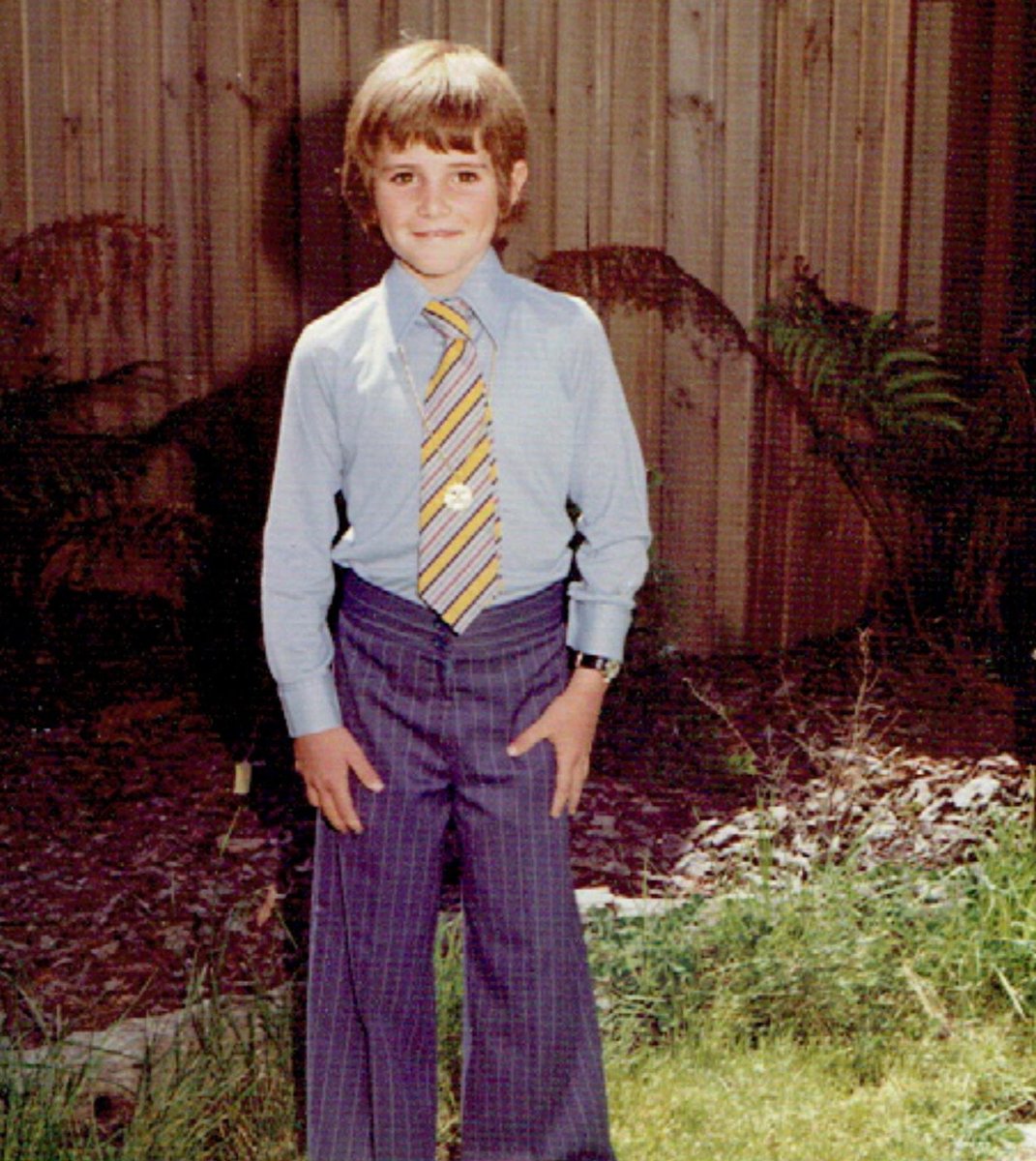 Paul remembers enjoying the first part of the trip.

He quickly discovered that it was quite easy to find opals that had been left by miners in years gone by. "They would peg out an area and you would find a lot of opals," Paul said.

"The miners only took the white ones. They left the blue, red, and green ones behind," he said.

"It was like nothing we had ever seen... Opal mines as far as you could see. It looked like the moon."

At night Ridsdale would take the boys out shooting rabbits—another source of excitement for Paul, who had never used a gun before.

The boys would often be alone with both brothers. Paul and the other boys were told to call Gerald "Gerry". It was one of the many tactics he would use to try to convince Paul and other youngsters he was their friend.

Anne, who was taught from a young age that priests were messengers of God, was happy that her son, who was beginning to play up at school, had such a positive influence in his life with Ridsdale.

The camping site didn’t have a shower block. That was in town a short distance away.

Peter would offer to take the boys to town with him so that they could shower. This was fine with Paul. The boys had become mates and they would shower without incident.

However, as Ridsdale built trust with the other adults, he started to offer to take one of the boys to town with him to "grab some bread and milk."

He would slyly add that the boy could shower while they were there, and he would take the other boys in later to do the same.

No one batted an eyelid. Why would they? This was a man of God, someone who would help steer the boys onto the right path in life. He had dedicated his life to the church, had sacrificed other pursuits in order to teach the word of the Lord.

On one of those trips to town, Paul discovered that Ridsdale had an evil plan.

A short time later Ridsdale came into Paul’s shower. That’s when his descent into hell began.

Paul was shocked and confused. Ridsdale placated Paul, telling him not to tell anyone about what had happened.

Paul didn’t know what to do. Ridsdale was a priest. Paul had been taught to look up to him, to listen to him, and follow his guidance.

Paul did as he was told. He kept his mouth shut.

When he got back to camp Paul thought he would be able to escape Ridsdale’s abuse for a time at least.

But Ridsdale’s brother announced he was taking the other boys into town to shower. When they left, Ridsdale made Paul sit on his knee and fondled him. "That was the end of the excitement at being on the trip," Paul said.

"I would hope he wouldn’t pick me but my turn would come," Paul said. "He would then abuse you in the car."

Paul believes he was molested by the priest five to six times while at White Cliffs in New South Wales.

In later years Ridsdale purchased a dugout at the campsite and built a makeshift place to stay. "It was just another place to sexually abuse children, including his own nephews," Paul said.

In a small win for Paul and other victims, when Ridsdale was jailed locals took the law into their own hands and destroyed the dugout.

Years later, a victim known as BAF told the Royal Commission into Institutional Responses to Child Sexual Abuse about being abused by Ridsdale at White Cliffs.

The commission heard allegations of sexual abuse in a range of institutions, including the Catholic Church.

BAF said that he was forced to sleep in the same bed as Ridsdale at White Cliffs when he was 16.

BAF said Ridsdale started touching him on his arms and legs and then his genitals.

"I depend on you more than anything or anyone else for support," he wrote. For BAF, this was not just a one-time thing.

Ridsdale began to reach out to BAF on a regular basis, alluding that it was helping him resist the urge to abuse others.

"That weekly phone call and a card in the mail gives me the energy to keep going 'straight,'" he wrote. Ridsdale said he didn’t know how much BAF had "guessed" about him but concluded he wanted to open up to him.

Ridsdale’s grooming of Paul and his parents stepped up a notch in the months after the camping trip. Ridsdale was a regular visitor at the family’s home. He offered to help out by picking Paul up from St Bede’s College. He attempted to appear "cool" to Paul by buying and allowing him to light fireworks at the beach.

Soon his nightmare would reach epic proportions. Ridsdale started taking Paul to his cottage at the pastoral institute, telling his parents he would drop him home later.

It was here that he would ply Paul with alcohol. Allowing him to drink beer was another tactic—a "this is our secret, another thing that needs to be kept between you and me."

It was after a few beers that Ridsdale did the unthinkable. He raped Paul.

The young teenager was devastated.

He was confused, ashamed, and felt some level of guilt.

Was this his fault?

Sadly, Paul’s parents were unable to work out their differences, and they separated.

This was devastating for Anne.

Divorce was not allowed in the eyes of the church. She applied to the church for an annulment and Ridsdale helped put her case forward.

Her request was denied and Anne, who had been a devoted Catholic and weekly church-goer her whole life, was forced to attend mass but refrain from accepting communion. She had been shunned by the institution she had dedicated much of her life to.

The separation was bad news for Paul as well.

It meant that Anne rarely said no to Ridsdale’s offers to take Paul off her hands.

The visits to the cottage became more frequent, and the abuse escalated. Paul said Ridsdale would rape him and then when it was over he would go back to whatever activity they had been doing—playing cards, watching a movie.

It was perfunctory—done without any shred of emotion, and Ridsdale never expressed remorse. Not once.

When with Ridsdale, Paul happily downed copious amounts of alcohol to drown out the physical and emotional pain.

He also began to misbehave at school and eventually stopped attending. Paul and a few mates would wag (cut) school to drink alcohol and sniff petrol or lighter fluid.

He did everything he could to remain high or drunk to drown out the horror movie that was playing on repeat in his head.

On one occasion, Paul brought a girlfriend home. He noticed Ridsdale’s car was in the driveway. Paul kissed the girl goodbye and was shocked when Ridsdale proceeded to lecture him.

Ridsdale told Paul it was wrong and that sex before marriage was a sin. The man who was raping Paul regularly was standing in front of him with a straight face and labelling him a sinner.

"He gave me the biggest lecture about sex before marriage," Paul said. "Now I think ‘f**king hell you’re abusing me and lecturing me, telling me never to see the girl again.'"

Paul didn’t think his life could get any worse. But he was wrong.

In 1982 Ridsdale was at the Levey house one day when Paul, now 13 years old, inadvertently picked up the priest’s car keys.

He didn’t realise it but he took them with him when he left the house to go to school. Ridsdale told Paul’s mother he would go to Keysborough to get the keys. Paul wasn’t at school.

"I’d been wagging," he said. That’s what the priest was told. "They said, 'We haven’t seen Paul for months.'"

Ridsdale, ever the opportunist, quickly returned to the Levey home to express his disgust at Paul’s actions.

Paul’s mother was horrified, as was his father.

Ridsdale told them he could help Paul get back on the straight and narrow. He would take him to live with him at the presbytery in Mortlake, his new parish, where Ridsdale had been appointed the parish priest in 1981.

This is an extract from The Boy in the Presbytery by Monique Patterson, which is available to buy here.

Monique Patterson is a journalist with a passion for ensuring victims of crime are given a voice, and shining a spotlight on injustices. She lives in Victoria with her fiance and two children. 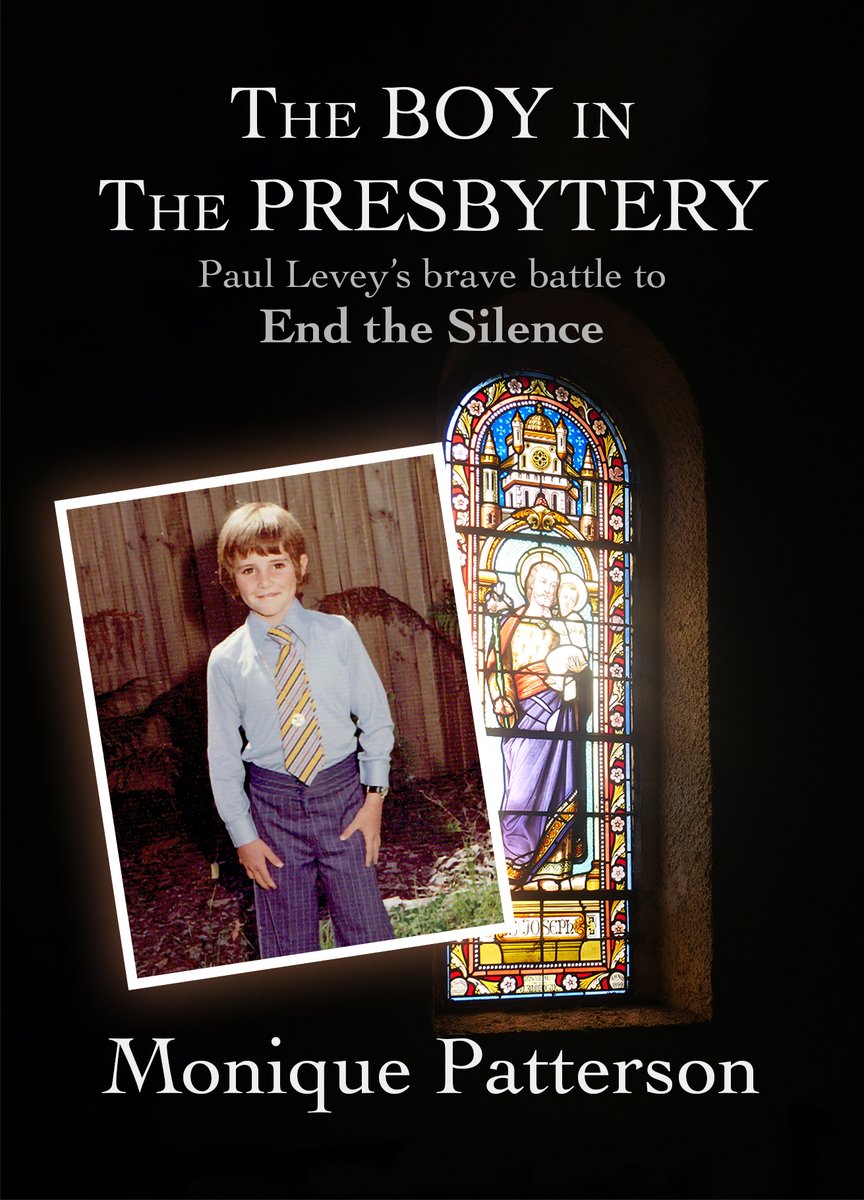