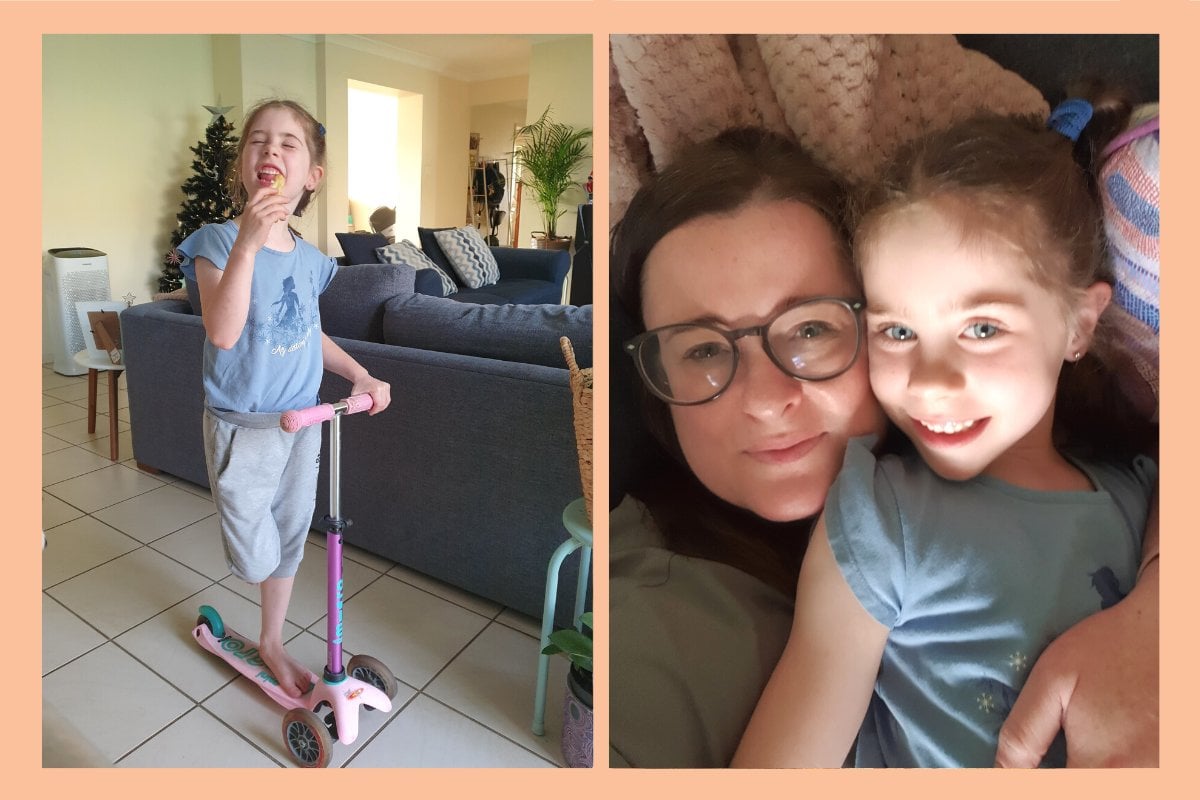 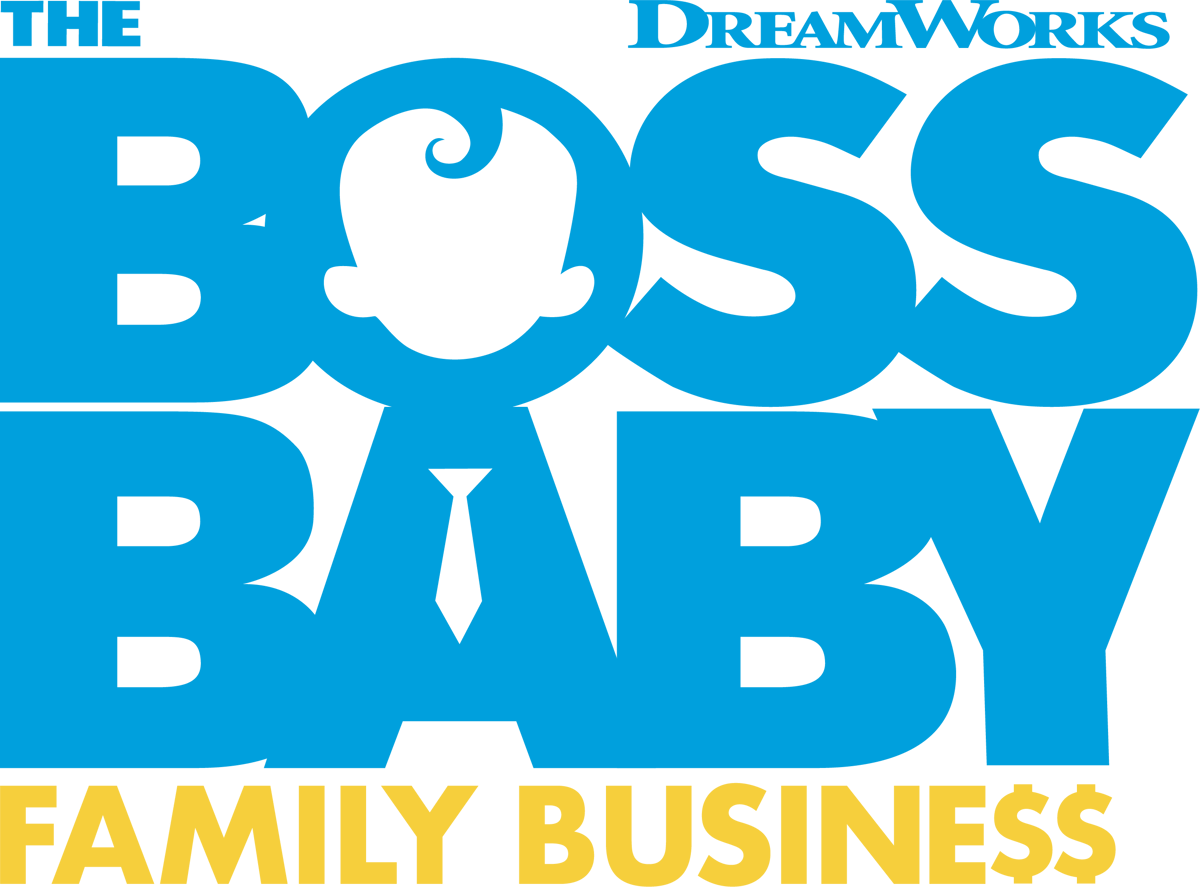 Thanks to our brand partner, The Boss Baby Family Business

Have you been left in charge of a tiny human’s life?

When I had a kid I really didn’t think through the reality of having to be the responsible one every day until that tiny human leaves my home and even then, I still have to be more responsible than them to set an example of how to live their life and grow up good, strong and capable and ALL THE THINGS we’re supposed to set examples for our kids... right?

But what if I gave up some of that responsibility, even just for one day?

My 6-year-old daughter and I popped over to the cinema recently to catch a movie and as we were walking in I heard a little gasp.

Usually it’s to do with the lolly machine in the foyer but not this time: this time, she’d spotted a poster for a movie that she had been waiting a long time to see… The Boss Baby: Family Business.

We are BIG fans of the original movie The Boss Baby and the TV series The Boss Baby: Back In Business so when she saw a new movie was coming out, she was super excited. What I didn’t count on was what came out of her mouth next. “Mum, why can’t I be the boss sometimes?”

Now I’ve read the book and learnt about what can happen when you let your kids take over the decision-making in your home, I knew that there could be a potential disaster waiting for me at the end of this.

Maybe it was the smell of popcorn in the air or the Malteasers I had consumed that gave me a little sugar high or the desire to be the non responsible one for a change, as I heard myself say, “well, maybe for just one day you can be the boss”.

Now, because children have the memory of an elephant when they want something, she kept reminding me that I had promised that she could be the boss for a day. I kept putting it off, but then we got the chance to actually watch The Boss Baby: Family Business, I thought, why not go for it?

So, I gave her the green light.

I was not prepared for her first request. She told me we needed to drink more water. WHO EVEN IS THIS CHILD?

A couple of glasses later, I waited for her next decision.

Unsurprisingly, it involved some time on a tablet coupled with a request to not have to get out of her pajamas for a while.

So, we couched it for a bit. 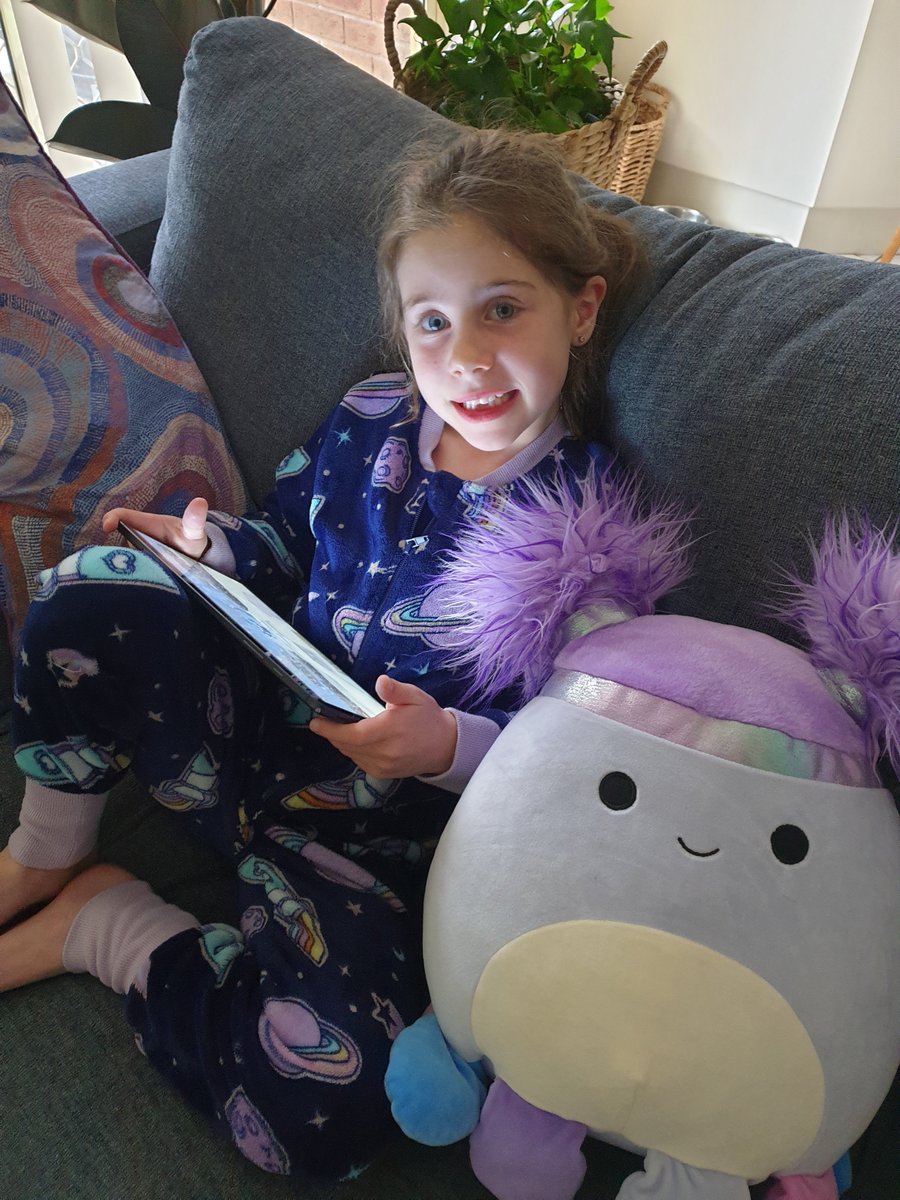 At lunch after finally getting dressed (only because she was too hot in her onesie, mind you) she said she wanted to be able to eat dinosaur biscuits, while riding her scooter in the house.

Okie dokes, can’t wait to see what kind of workplace she creates when she’s become CEO of some tech company. 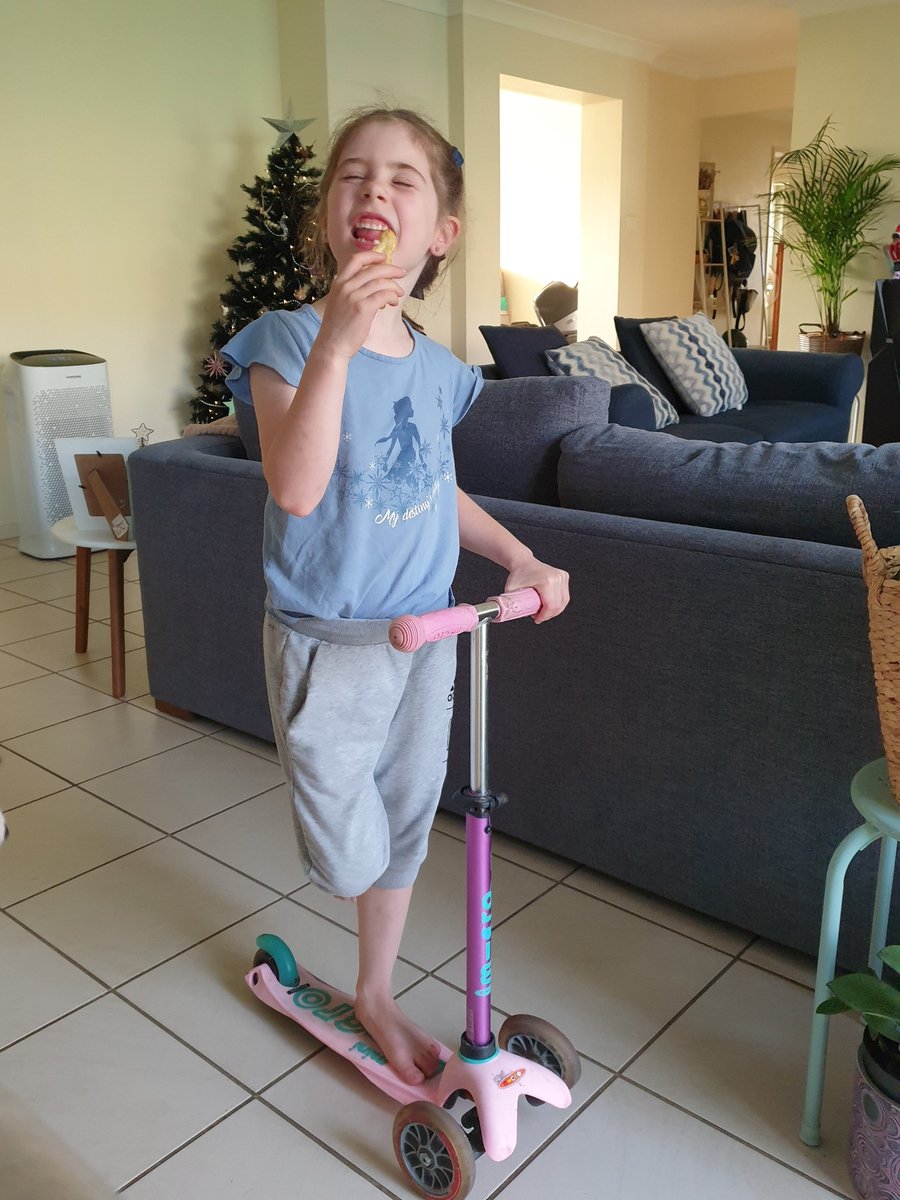 The scooter-eating hybrid model came to an end when there was a collision between her and the dog in the hallway as they both tried to get the biscuit into their mouths at the same time. Luckily no one was seriously injured.

Miss 6 then told me she thinks we need to relax and have more fun. Well, kid... do I have a deal for you! I told her we could watch The Boss Baby: Family Business as it's on express release to watch at home, and she nearly lost her mind! 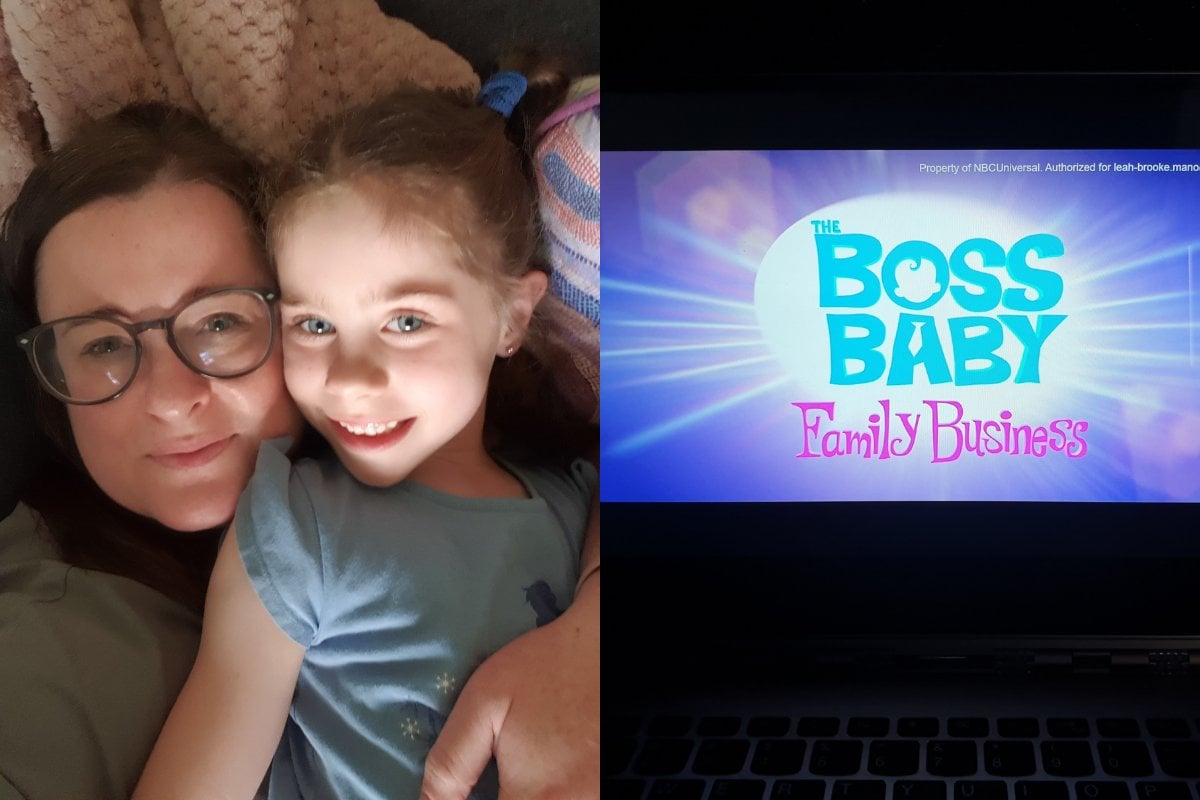 Back to the couch for a snuggle and to see how the Templetons have been fairing since we watched them last.

If you’re not across The Boss Baby franchise, Tim Templeton is an only child until his parents (voiced by Lisa Kudrow and Jimmy Kimmel) bring home a baby.

Tim struggles to adjust to his new sibling until he finds out that he is in fact an undercover agent for a secret company called Baby Co, whose sole mission is to maintain a love of babies around the globe.

In The Boss Baby: Family Business, we return to the Templeton home but Tim (voiced by James Marsden) is all grown up with a family of his own. His wife Carol (Eva Longoria) and two daughters Tabitha (Ariana Grenblatt) and a new baby Tina (Amy Sedaris).

Tim is still the dreamer he was as a kid, he’s now a stay at home Dad who takes care of the girls while his corporate wife brings home the bacon.

But where is the Boss Baby (voiced by Alec Baldwin)?

Ted, as we now know him, is now a Hedge Fund CEO in the city and barely has time for his family these days.

I love that Boss Baby’s voice has been the same whether he’s a baby or a fully grown man; Alec Baldwin delivering the corporate line whether he’s in a nappy or three-piece suit.

The story takes us on another adventure courtesy of Baby Co, sending Tim and Ted back to their childhood and reliving their partnership fighting the bad guys, who in this case is a super creepy Kindergarten teacher hell bent on making parents obsolete played by Jeff Goldblum.

My daughter thought it was hilarious and fun, and LOVED seeing the characters she knows and adores brought back to life, as well as meeting a whole new generation of Templetons. Precious, a hard core but incredibly pretty, tiny pony is by far a stand out new addition to the family.

For me, there were a few teary moments as the movie reminded me that sometimes kids just want us to be present and to see them. That time really is the most important gift we can give our little family members.

After the movie my very own Boss Baby had a little more time left on her tenure in the home CEO position. So of all the decisions she could be making, she just really wanted to ride her bike around the house for a bit. 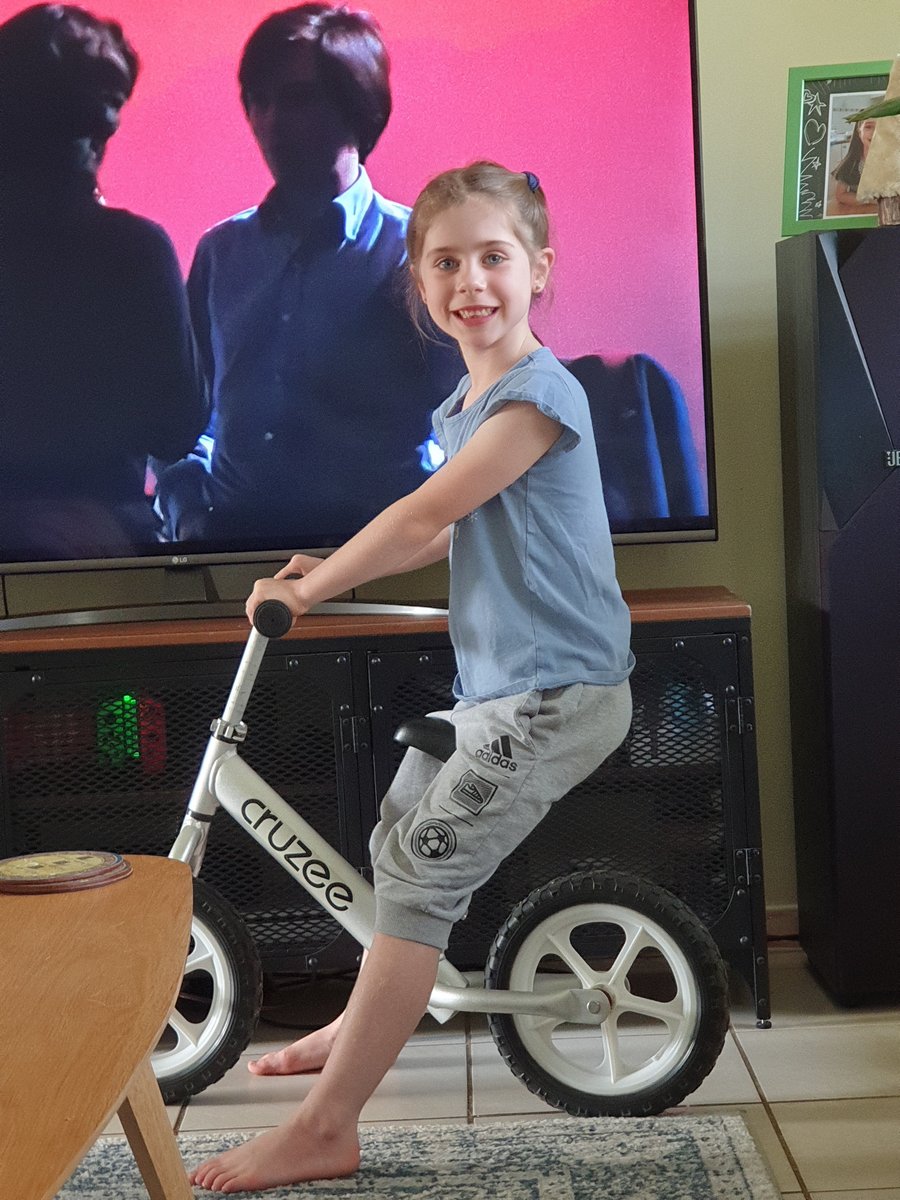 And for her final request, she asked if I could make her fresh (yes, she requested fresh) sushi for her to go in her school lunch box the next morning. I apologise in advance to her future personal assistant.

So the next morning before school (do I get some sort of parenting award for this?), I made sushi from scratch. Something I will probably never do again! 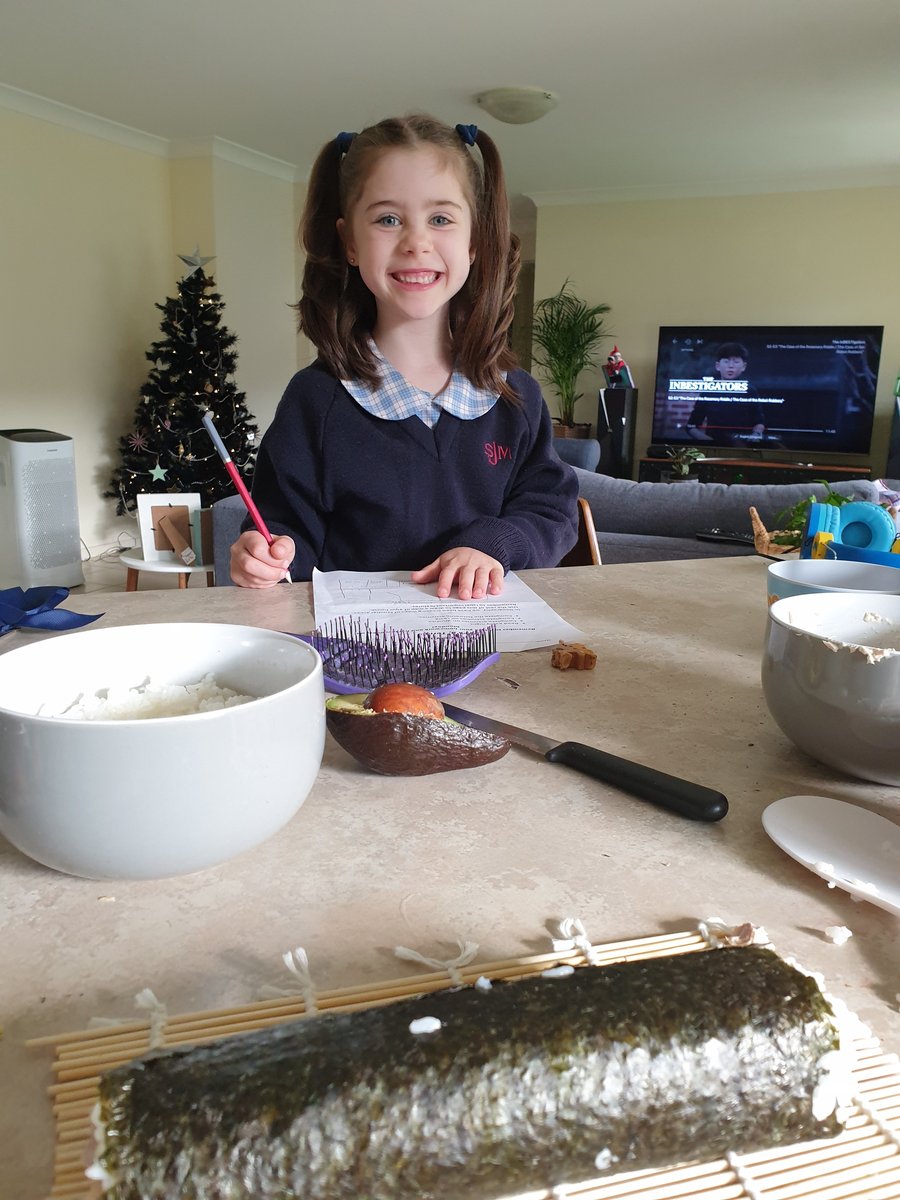 As for all the other stuff, it was actually a pretty damn fun day. Only one small bruise to mark the occasion from the scooter, and a whole lot of fun together for the memory bank.

The boss is back! The Boss Baby: Family Business is on express release to watch at home. Now available to watch on your preferred digital account here.

Express Release to Watch at Home! Bring the Boss Baby into your home when you own The Boss Baby: Family Business. In the sequel to DreamWorks Animation’s Oscar®-nominated blockbuster comedy, the Templeton brothers—Tim and his Boss Baby little bro Ted have become adults and drifted away from each other. Tim is now a married stay-at-home dad. Ted is a hedge fund CEO. But a new boss baby with a cutting-edge approach and a can-do attitude is about to bring them together again … and inspire a new family business.