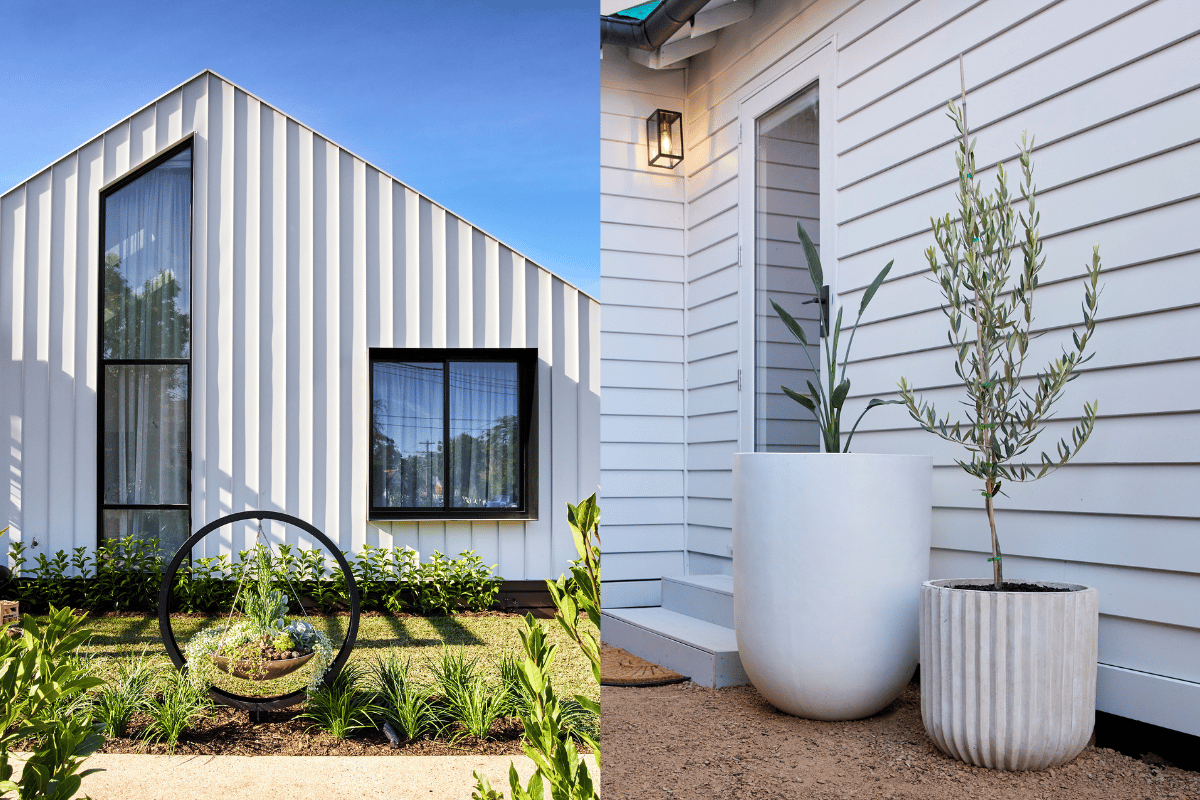 After three long months, we've reached the final room reveal on The Block.

This week, the five couples completed their front yard and facade.

After a season that was filled with endless drama, the five teams were emotional and relieved to be wrapping up their time on the show.

As The Block finishes up for another year, here are all the photos from the front garden reveal.

First up were Perth parents Ronnie and Georgia.

Upon entering the yard, the judges loved the Colorbond facade of the house.

"It makes a very strong statement."

However, Shaynna pointed out just how exposed the front door was.

"Anyone walking down here can look straight into your kitchen. It's so exposed," she said.

"From a security point of view, it doesn't feel practical," Neale added.

Despite the security aspect, the three judges agreed the front yard and facade added significant value to the property and the street itself. 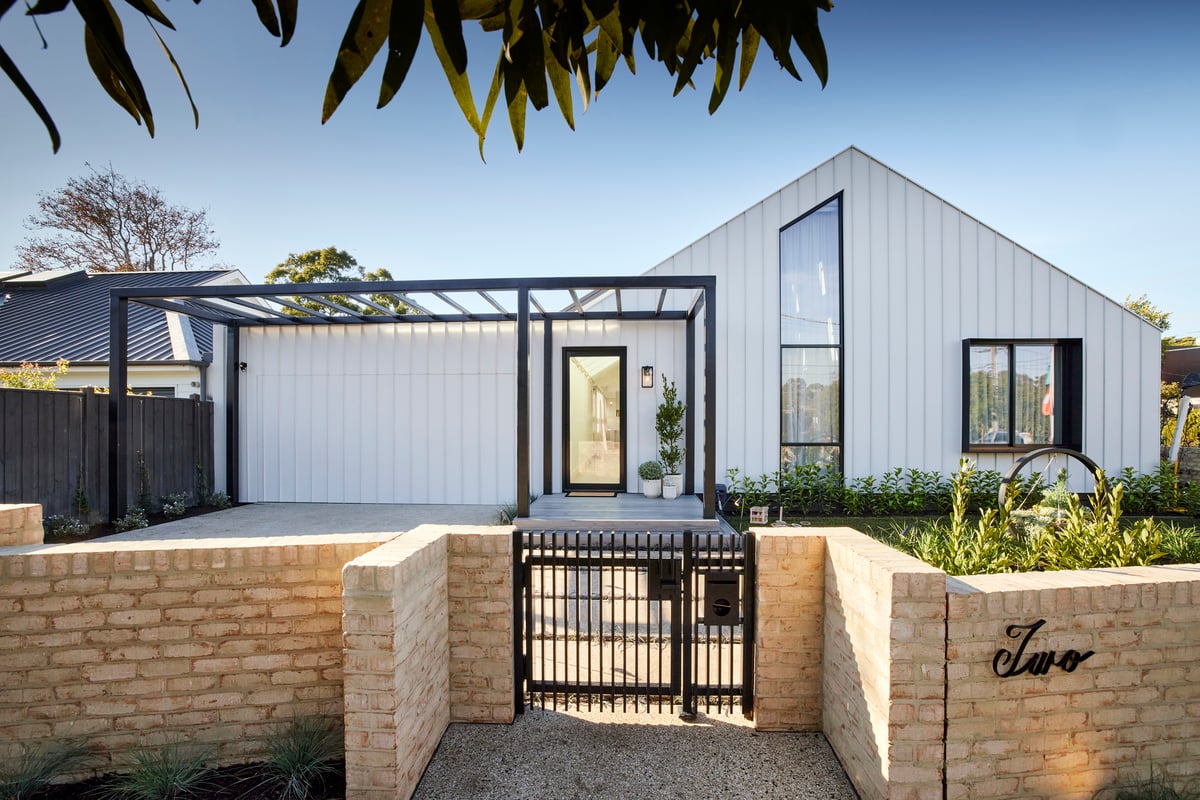 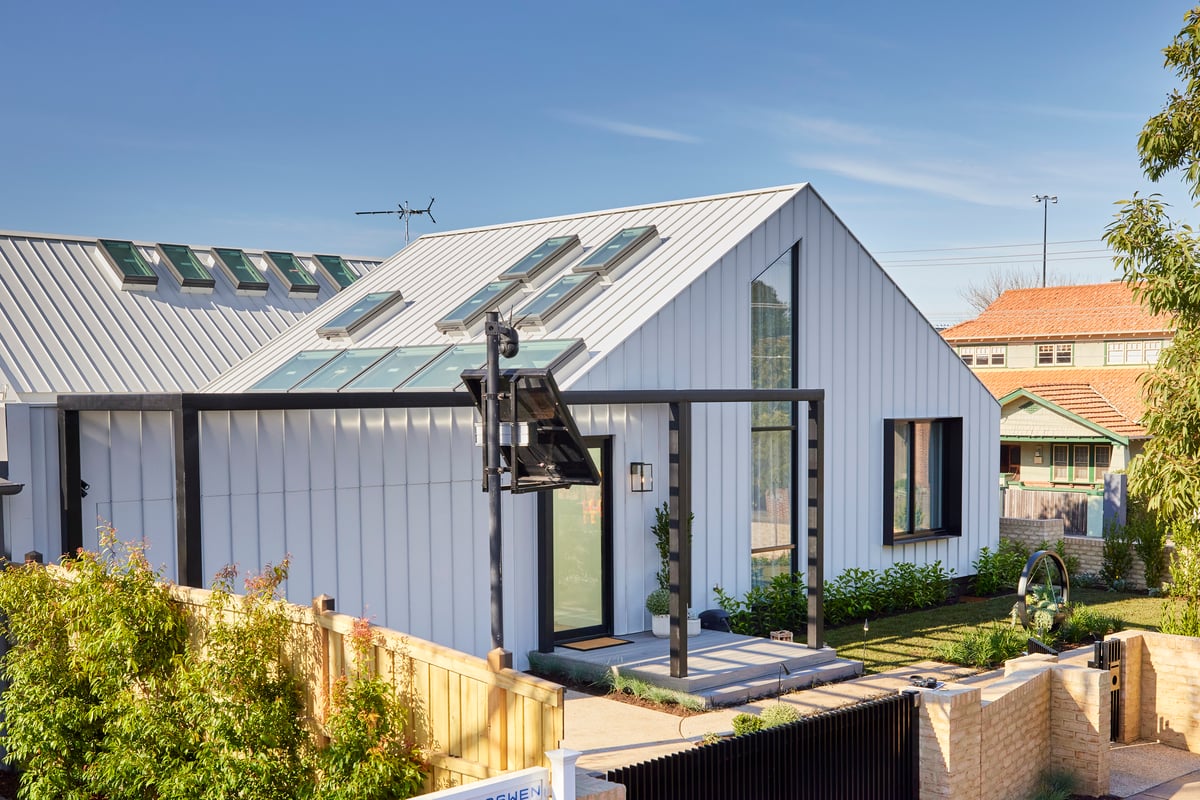 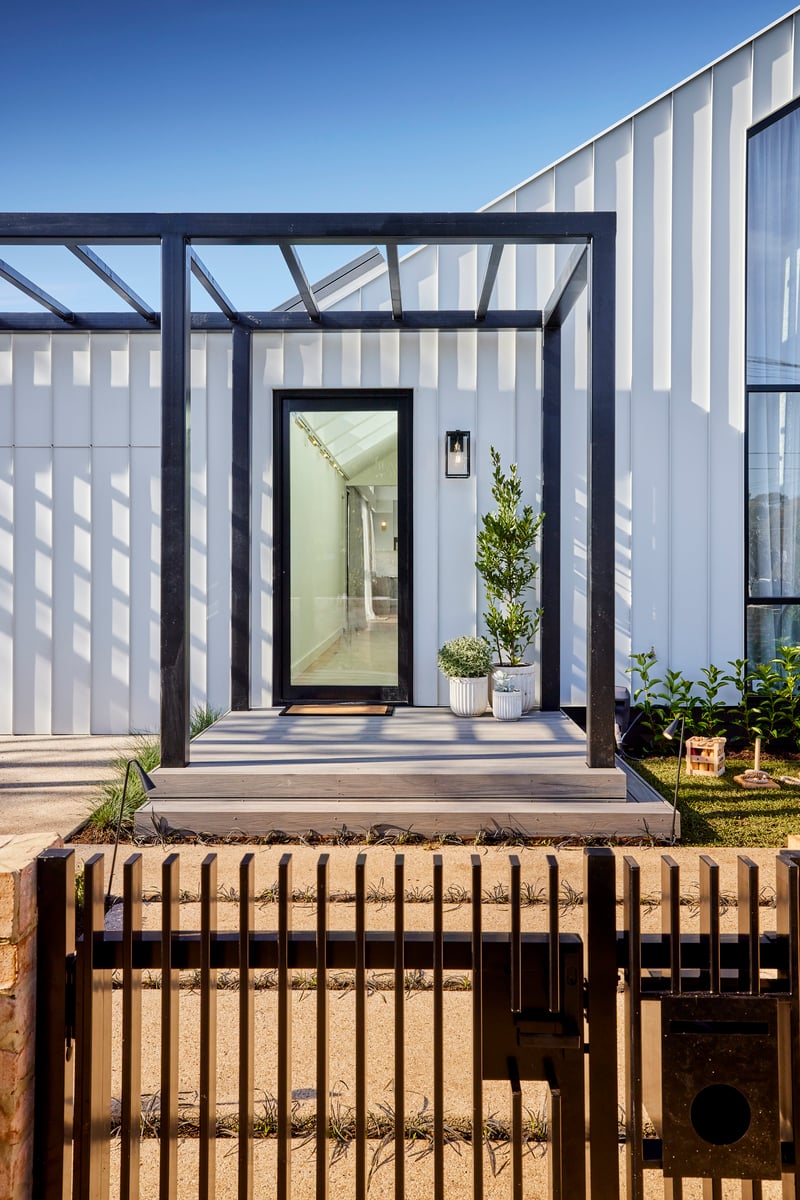 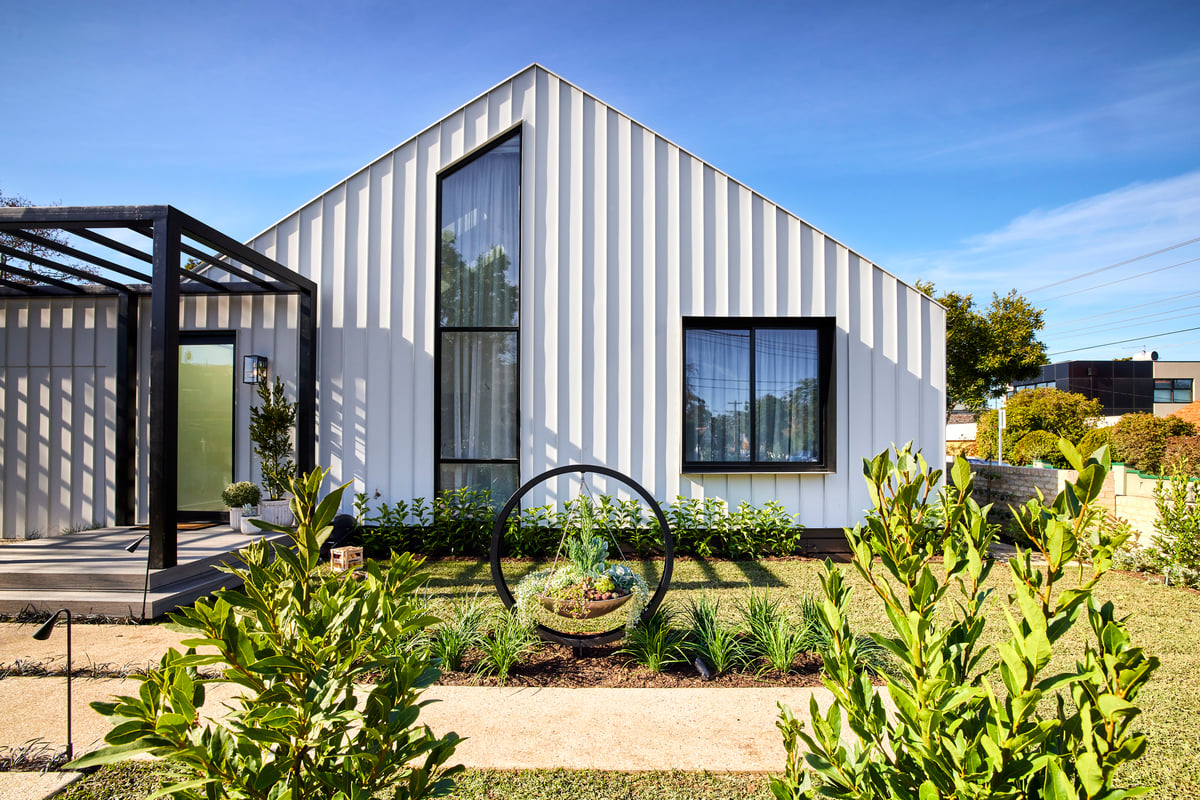 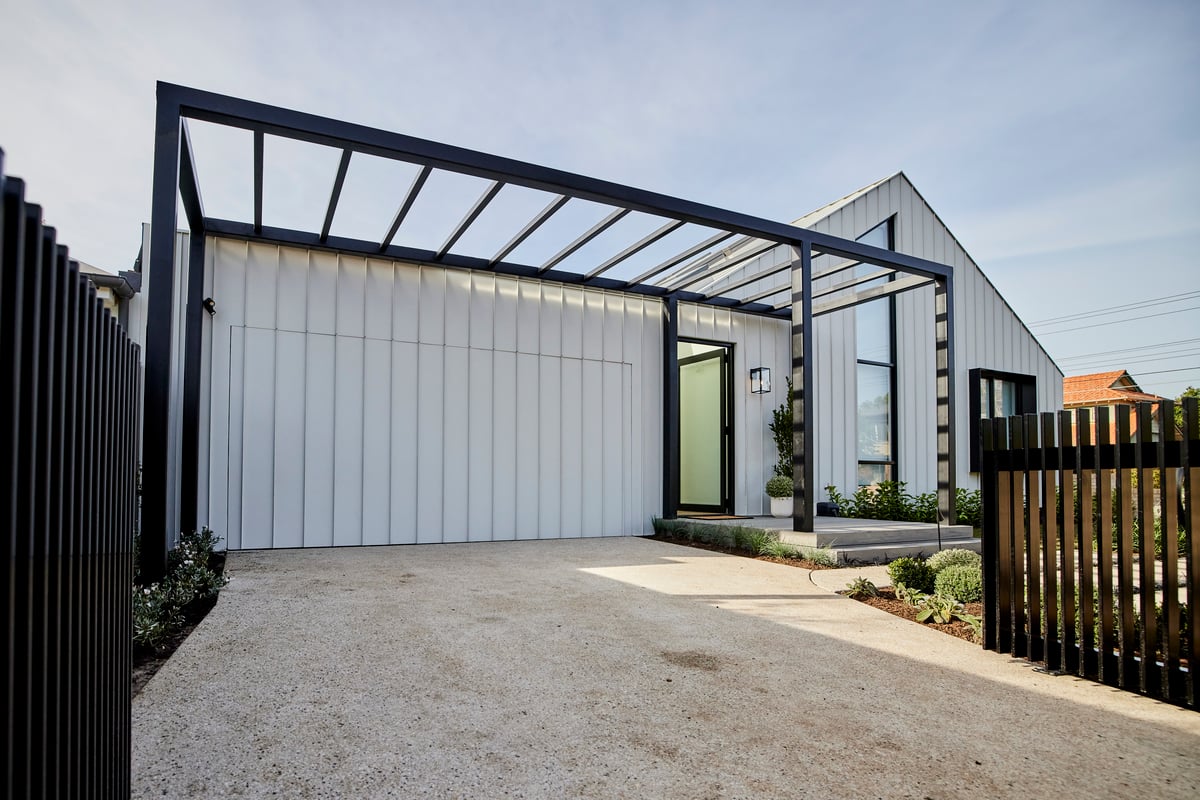 Next up were Sydney couple Mitch and Mark.

Upon reaching the property, the judges couldn't stop smiling.

"This is an absolute knockout," Shaynna said.

"Thank you Mitch and Mark, you have made me so happy."

In particular, the judges loved the trampoline and the cubby house, which made the front garden perfect for families.

Shaynna also added the front garden had completely changed her thoughts about Mitch and Mark's living room, which she originally disliked.

"I take my hat off to them. I want them to know that they have rescued [that front room]," Shaynna said.

After facing plenty of negative feedback this season, Mitch and Mark certainly ended the season on a positive note.

"You could not have done a better job of wrapping up this house and putting a bow on it," Neale added.

"It is absolutely stunning." 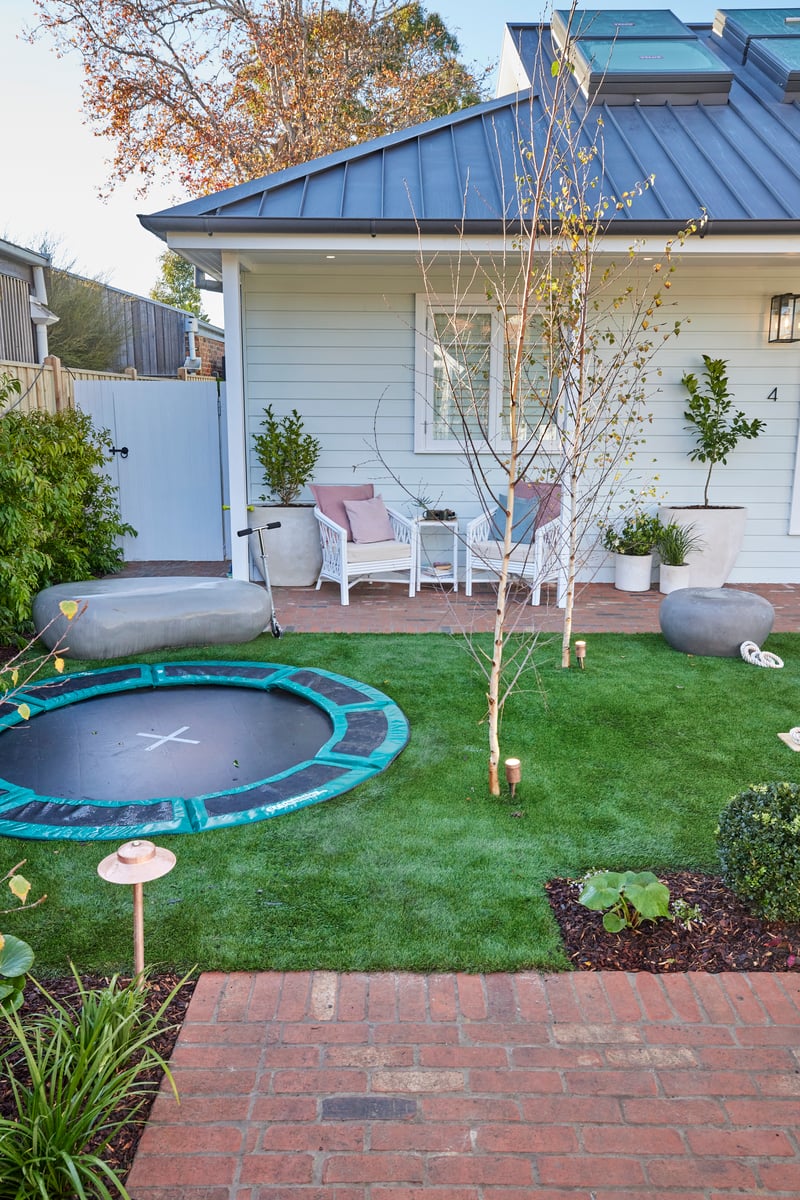 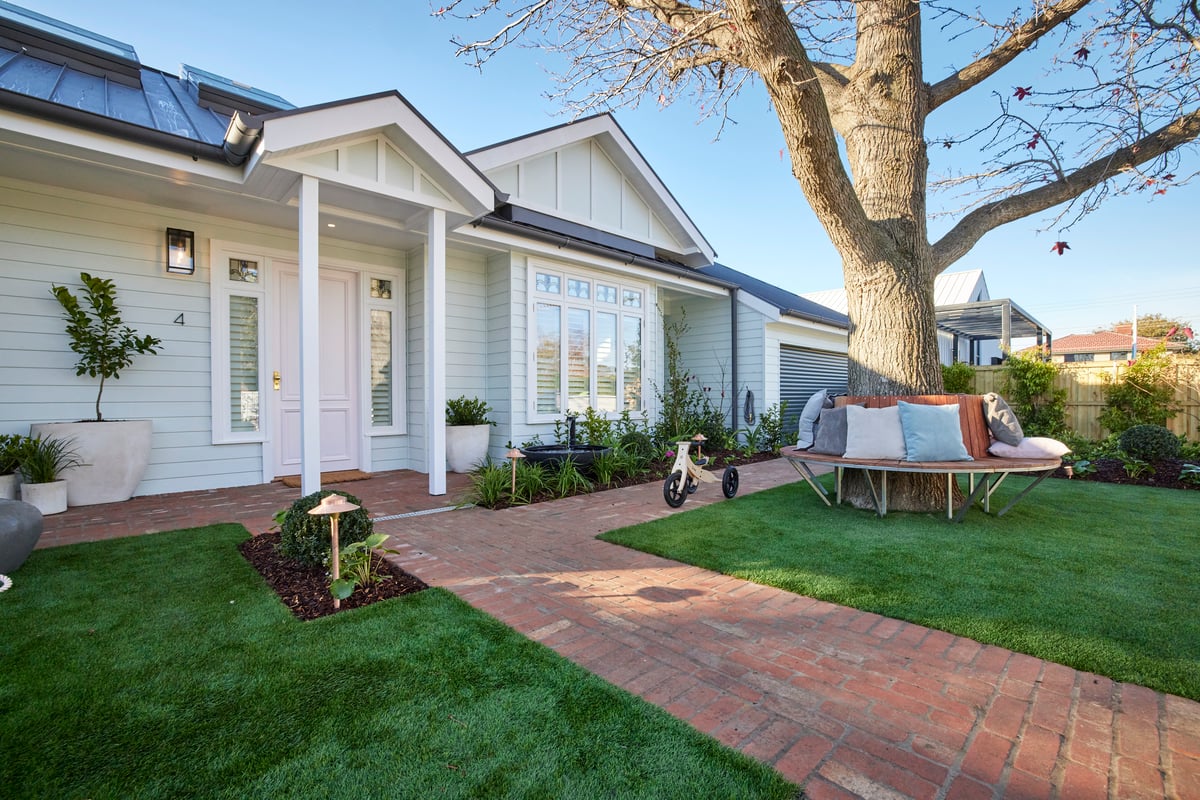 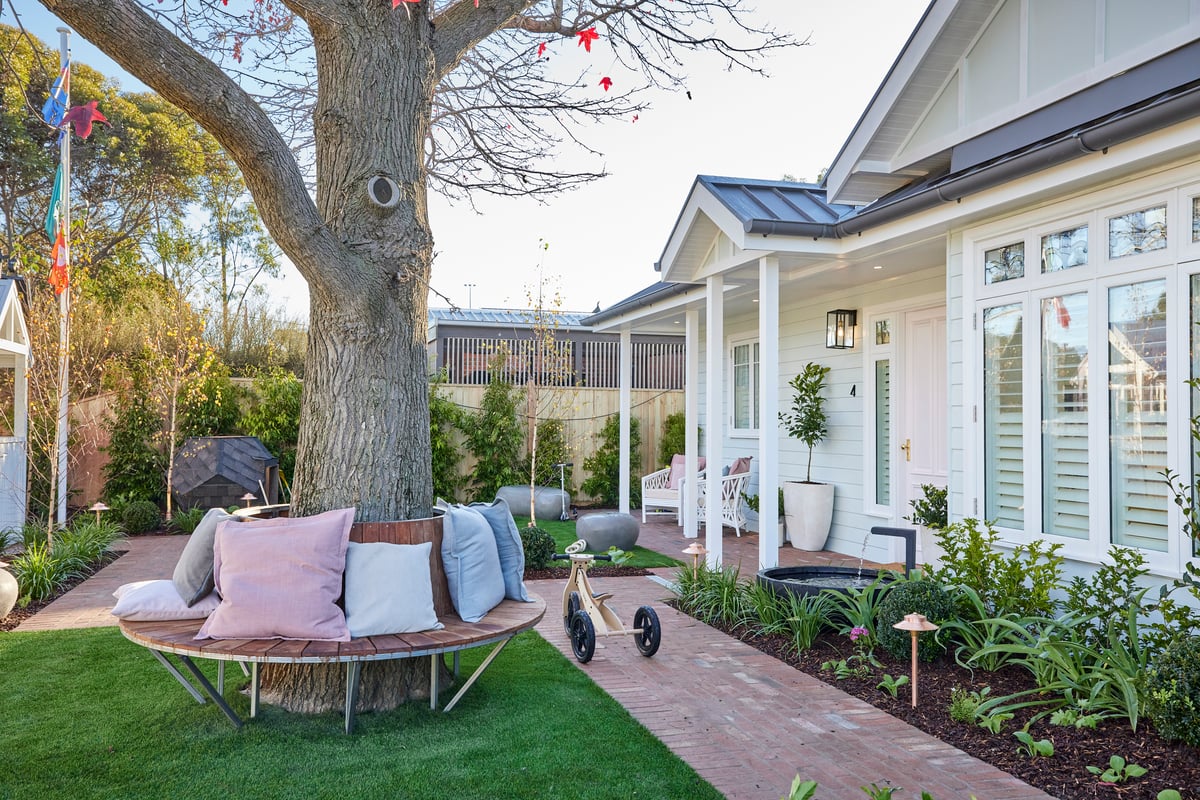 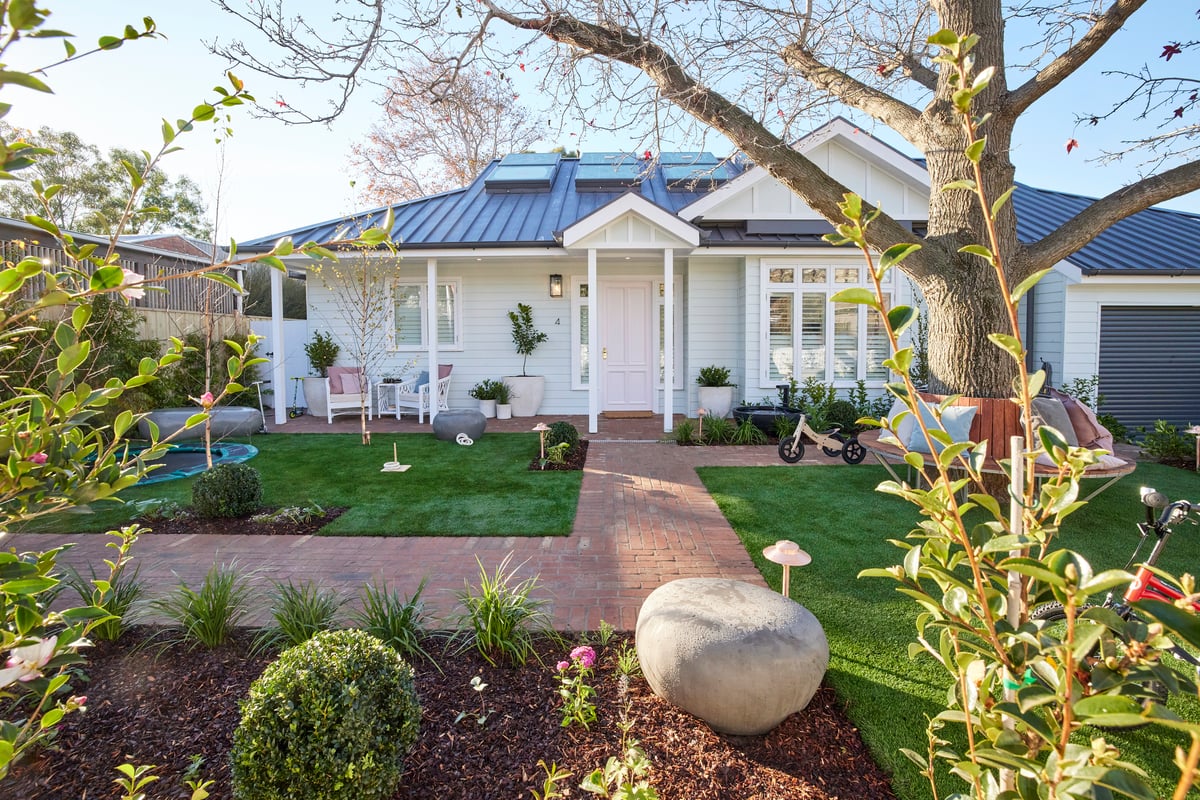 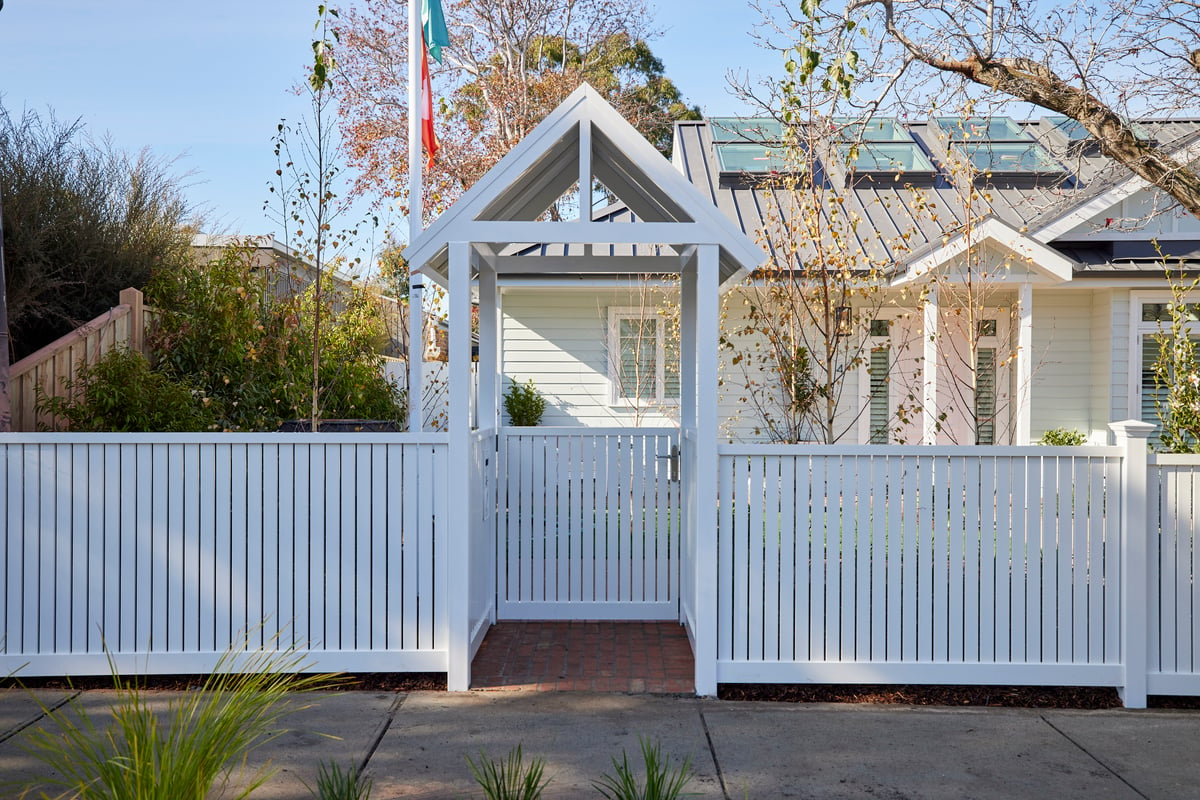 Melbourne parents Tanya and Vito were the next pair to face the judges.

The first thing the judges spotted was the white brick fence, which was the perfect fit for the 1950s vibe of the home.

"It's very, very appropriate for the mid-century vibe of the house," Darren said.

However, Shaynna was surprised by the choice of plants, which didn't exactly match the facade of the house.

It was also clear that Tanya and Vito had faced budgeting issues, meaning their front yard didn't have as many plants as the other couples.

Regardless, the judges felt the couple had created a dream home for the right buyer.

"I think what they've achieved really does help sell the dream of this house," Darren said. 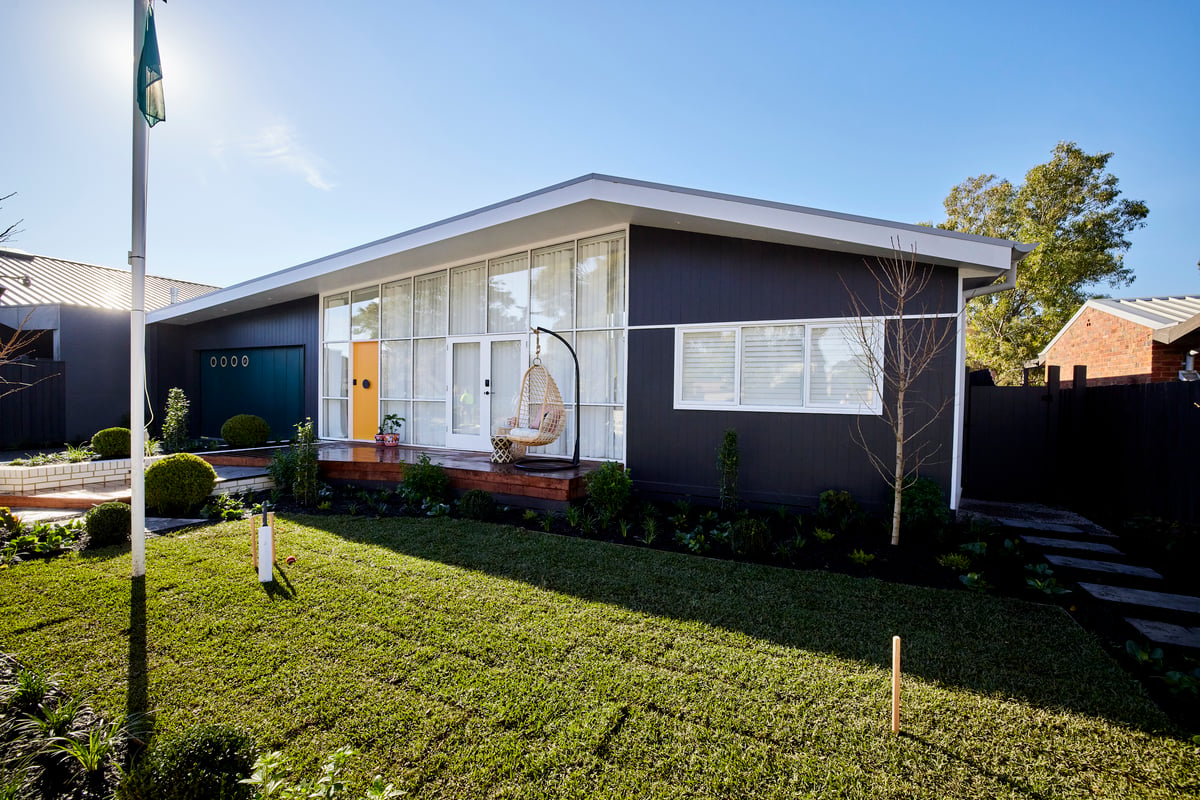 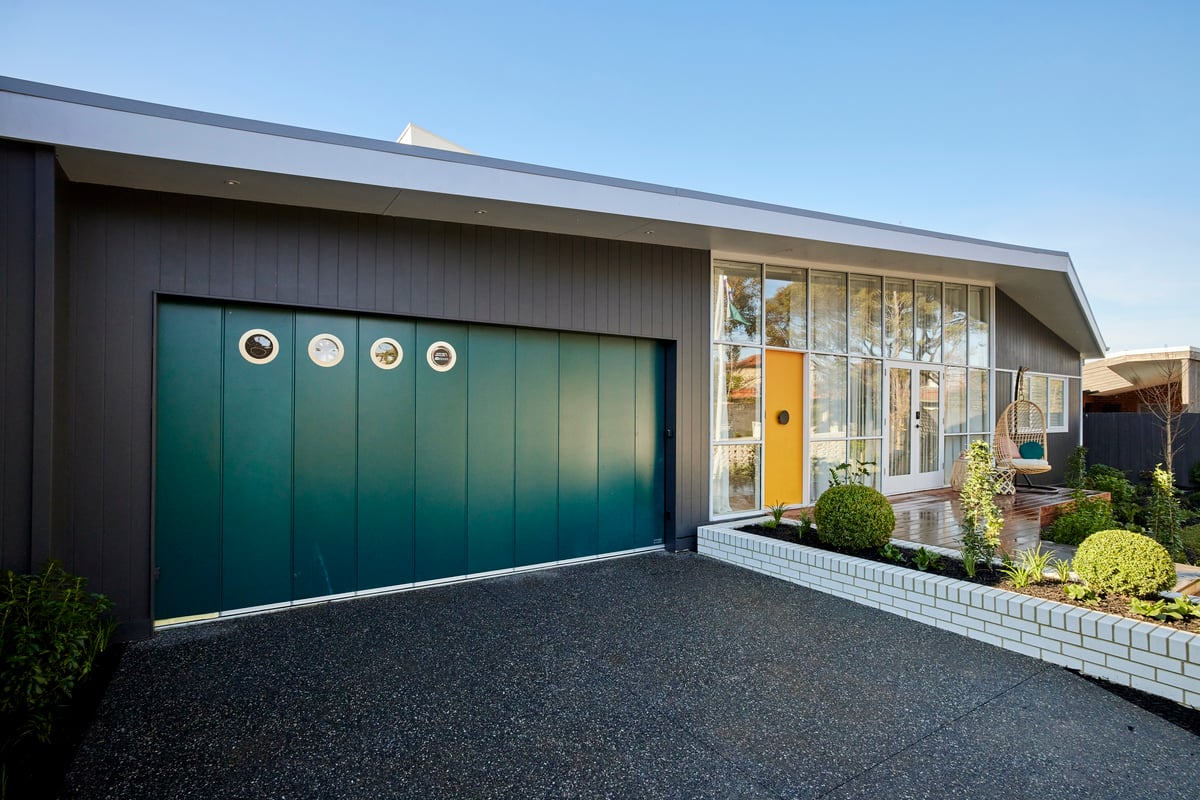 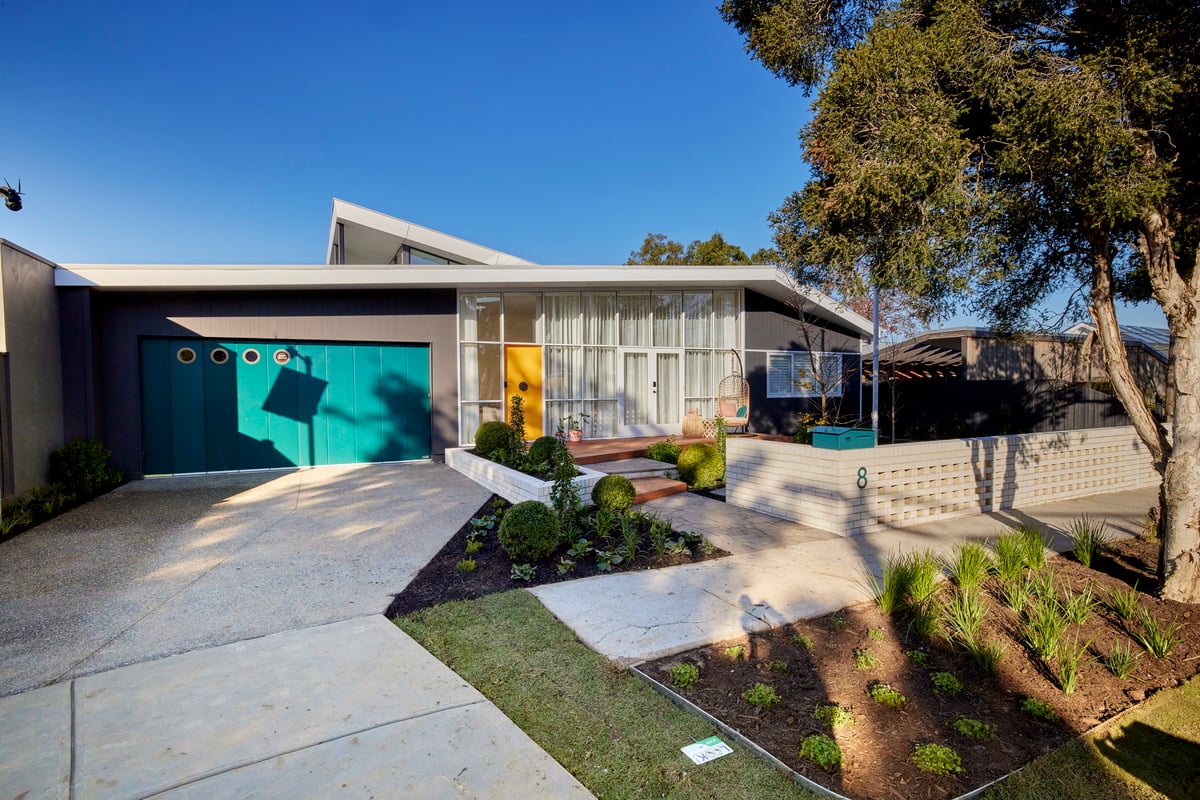 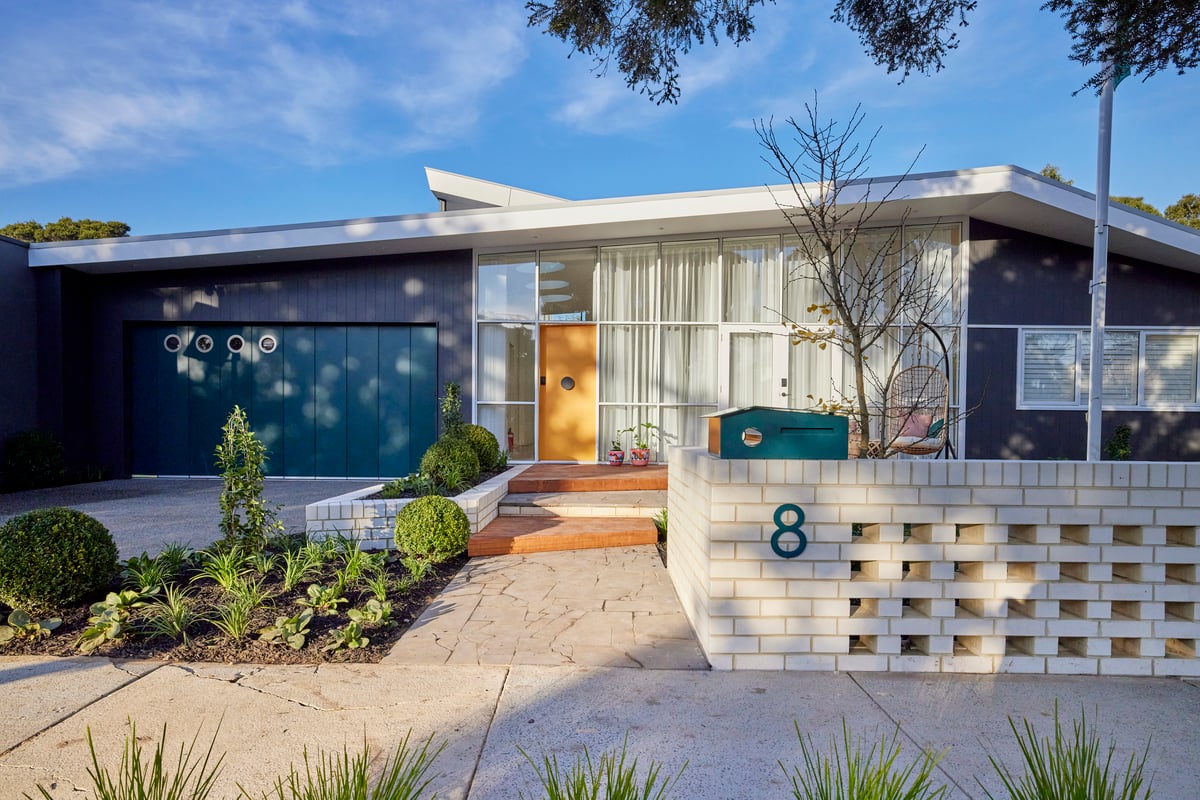 Next up were twins Josh and Luke.

After last week's disaster, the twins certainly needed a comeback for their final room reveal.

At first glance, the judges thought the front facade was simple and elegant.

"It actually completely changes the look of the front of the house," Neale said.

However, the positive feedback virtually ended there.

For instance, the judges didn't understand the white brick wall at the front of the property.

"That's extremely rustic, and there is not one rustic note in the rest of the house," Darren said.

They also questioned the layout of the courtyard to the side of the indoor/outdoor bathroom, which should have been closed off to the street.

"They clearly don't know what they're talking about," the twins said.

"We know that we have the best front of house appeal, so we really don't care what the judges think." 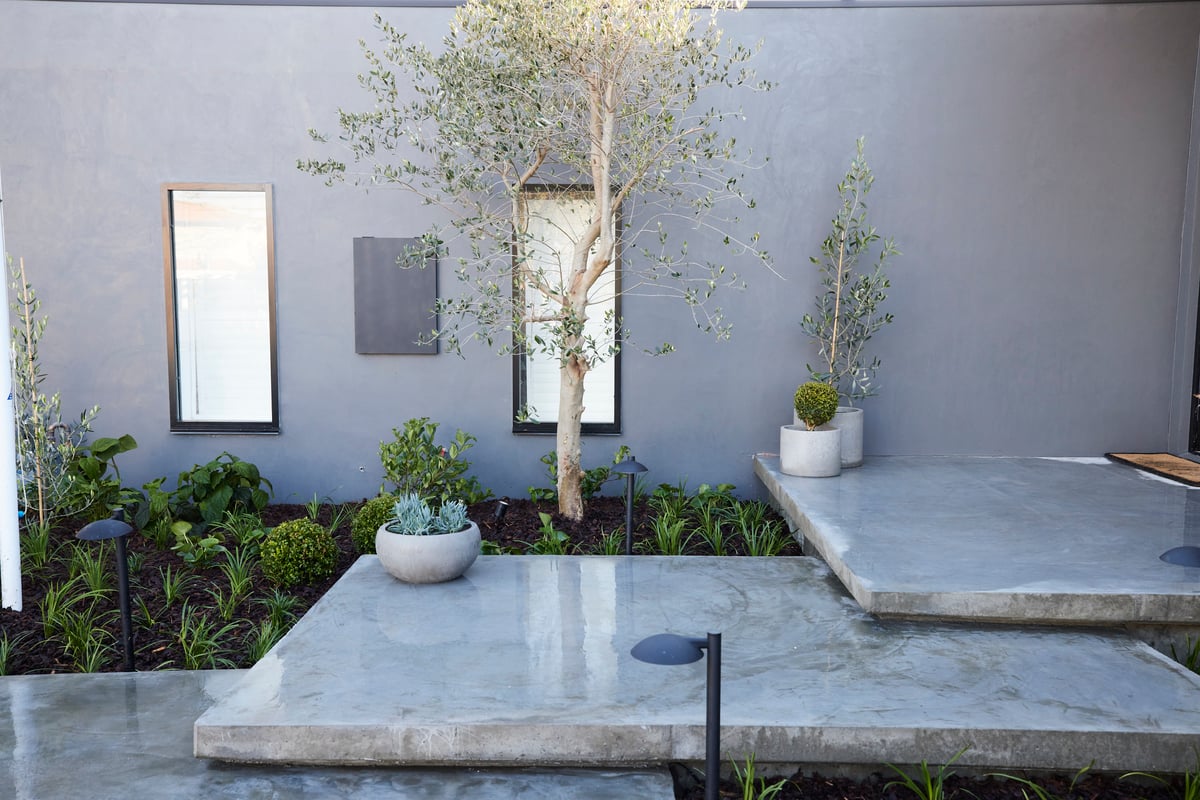 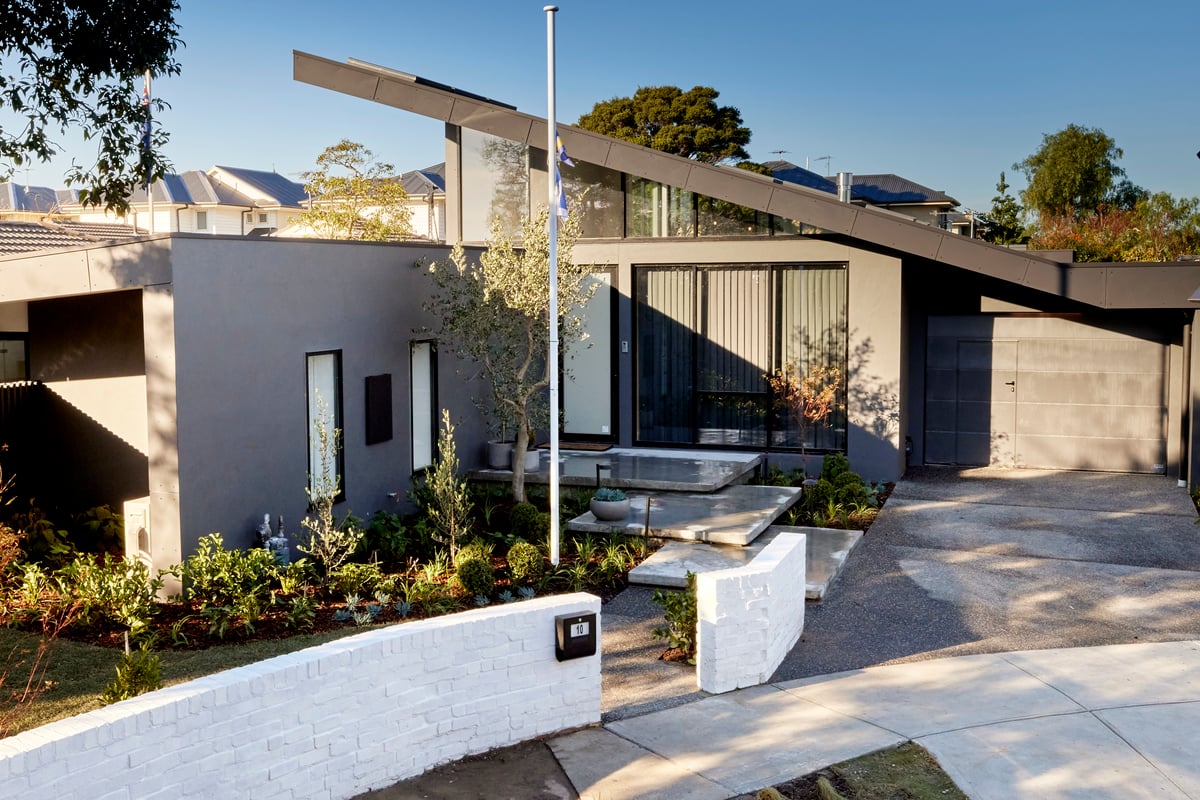 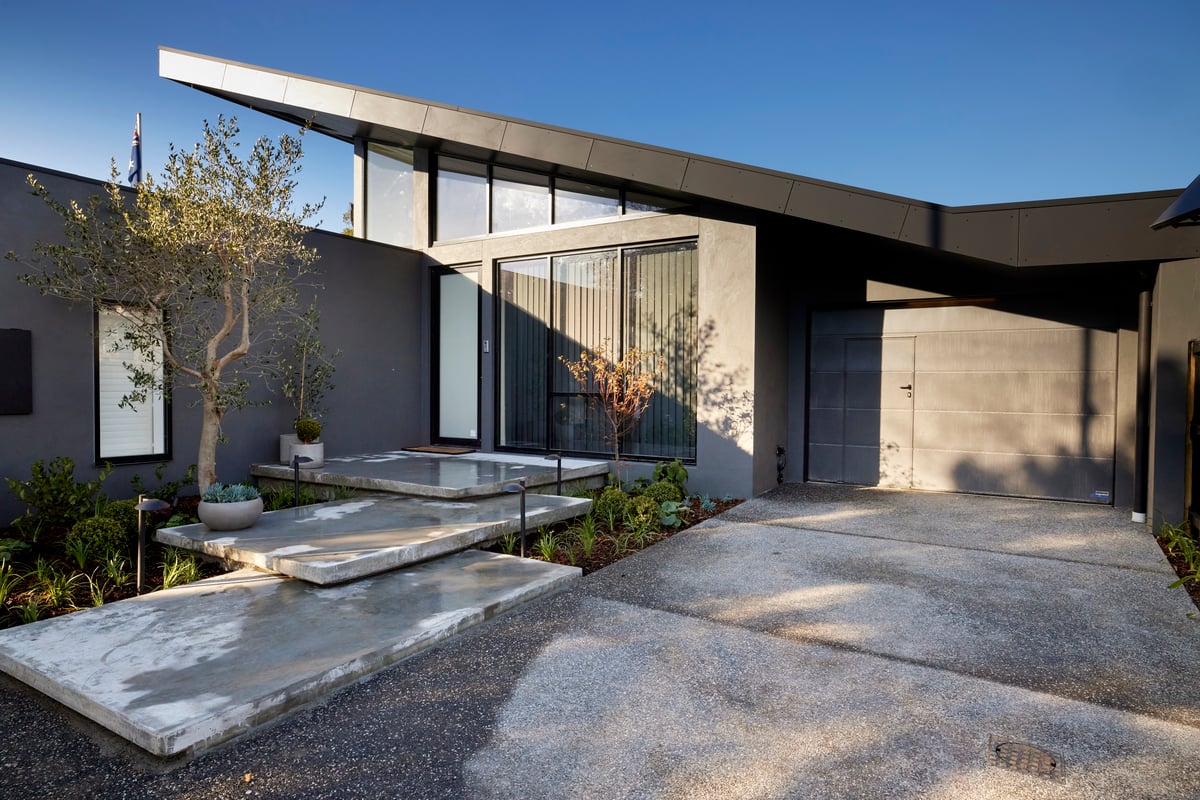 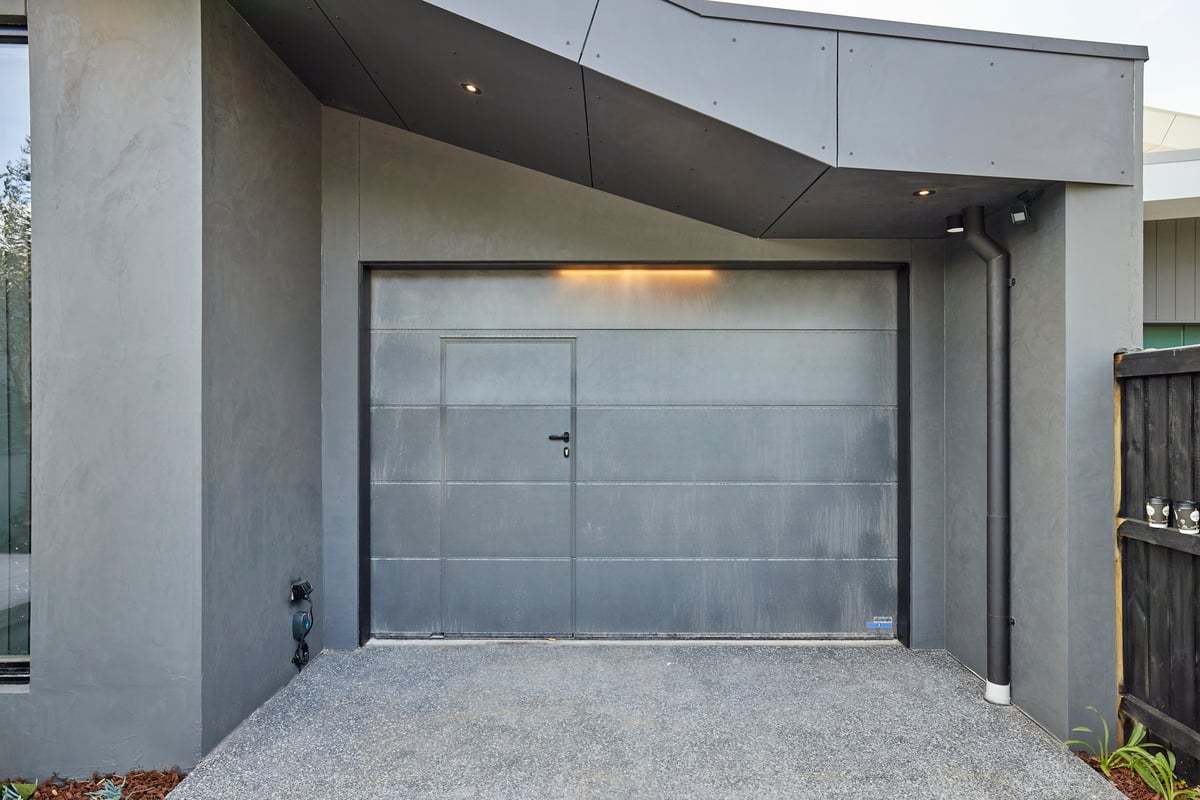 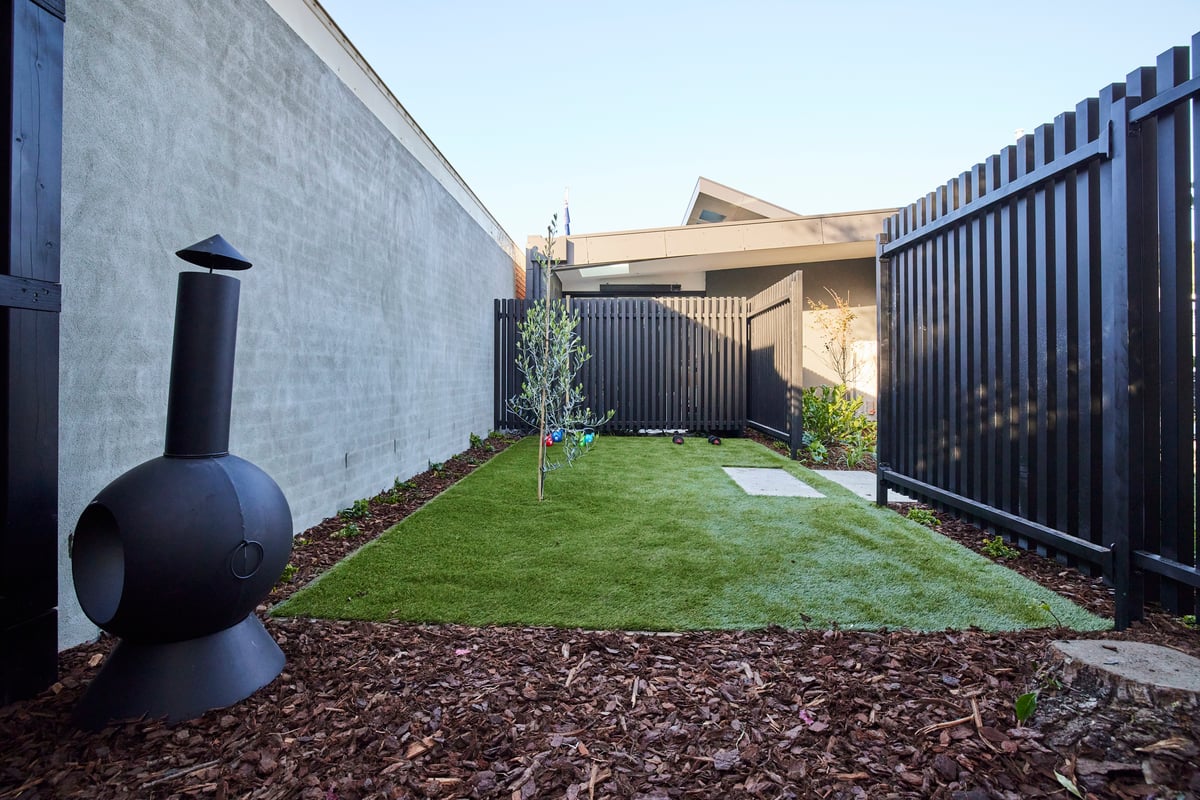 Much like their backyard, Kirsty and Jesse had the biggest front yard on The Block.

And the judges absolutely loved it.

In particular, the judges loved the grand front entrance and the kids playing area.

"It has a sense of suburban grandeur," Neale said.

"It's a suburban plot, but it offers country style living."

As for the facade, the judges noticed Kirsty and Jesse's front door had the same privacy issue as Ronnie and Georgia's home.

But besides that, the rest of the home was practically perfect.

"I think this is the best house that The Block has ever delivered," Neale said.

"In all my years of judging The Block, I honestly can't think of a better property than this." 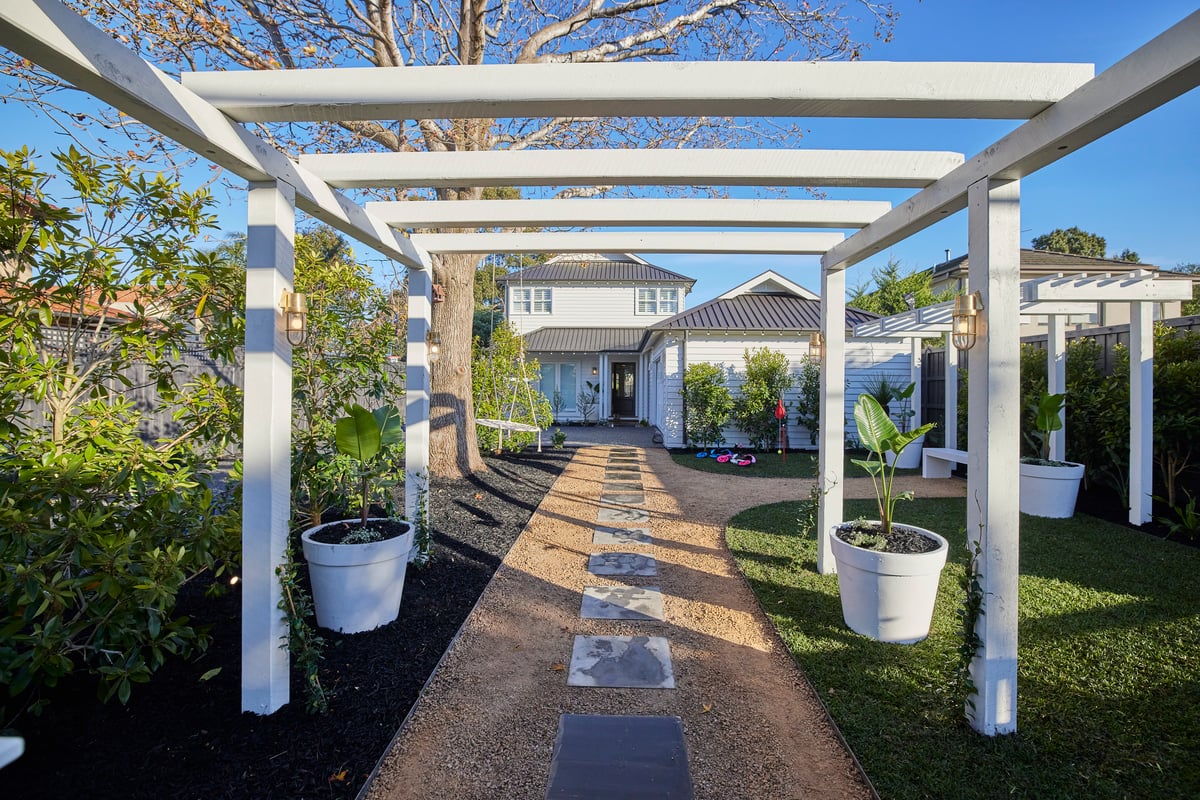 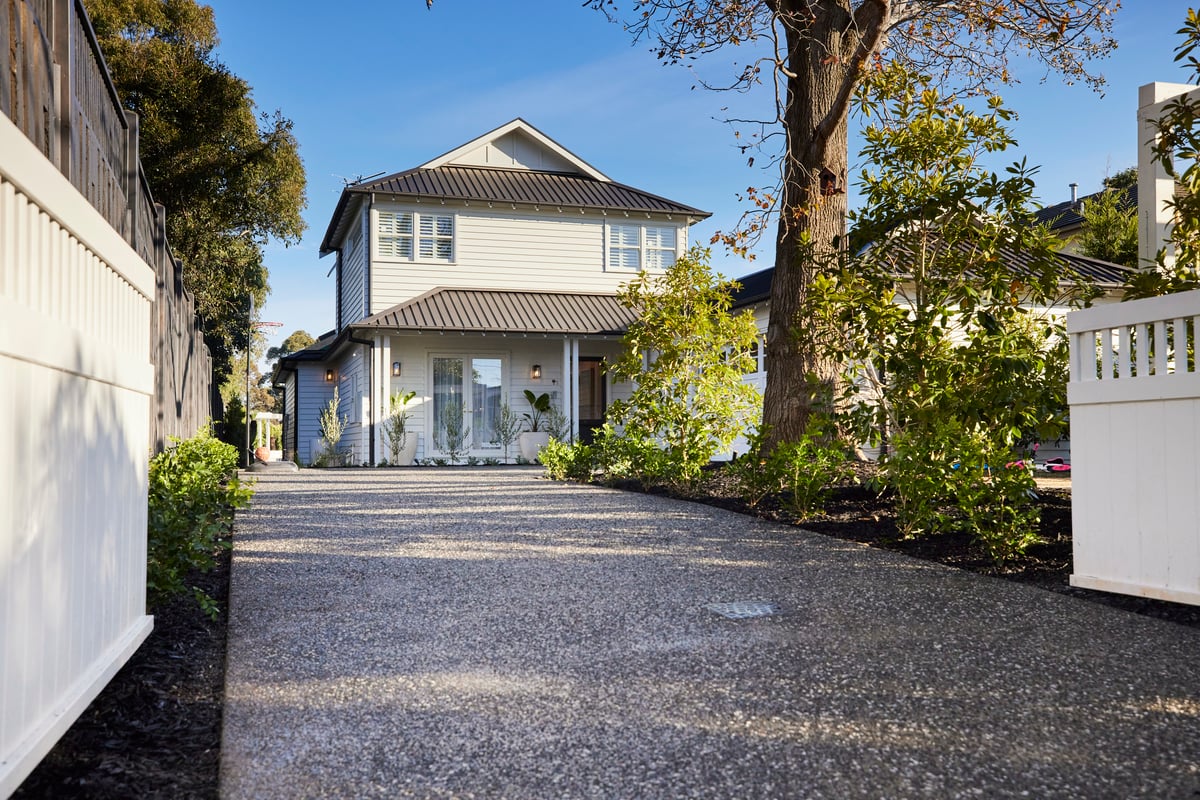 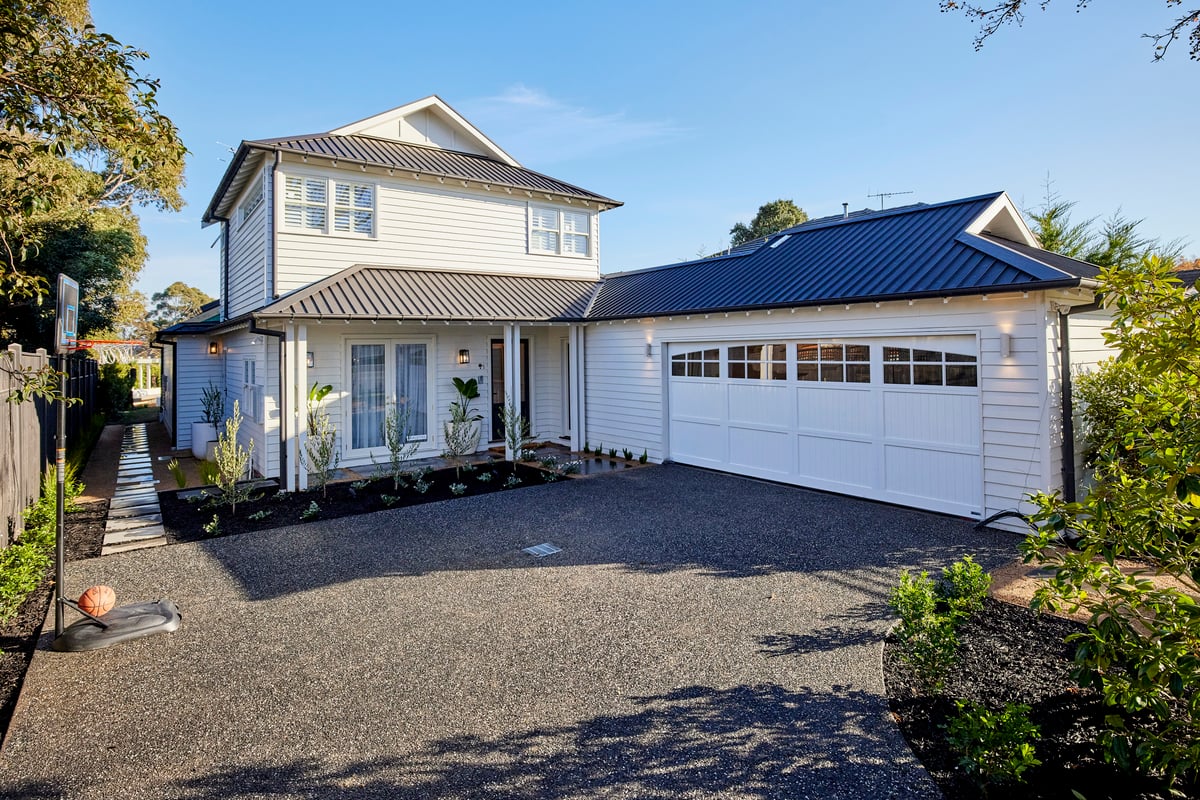 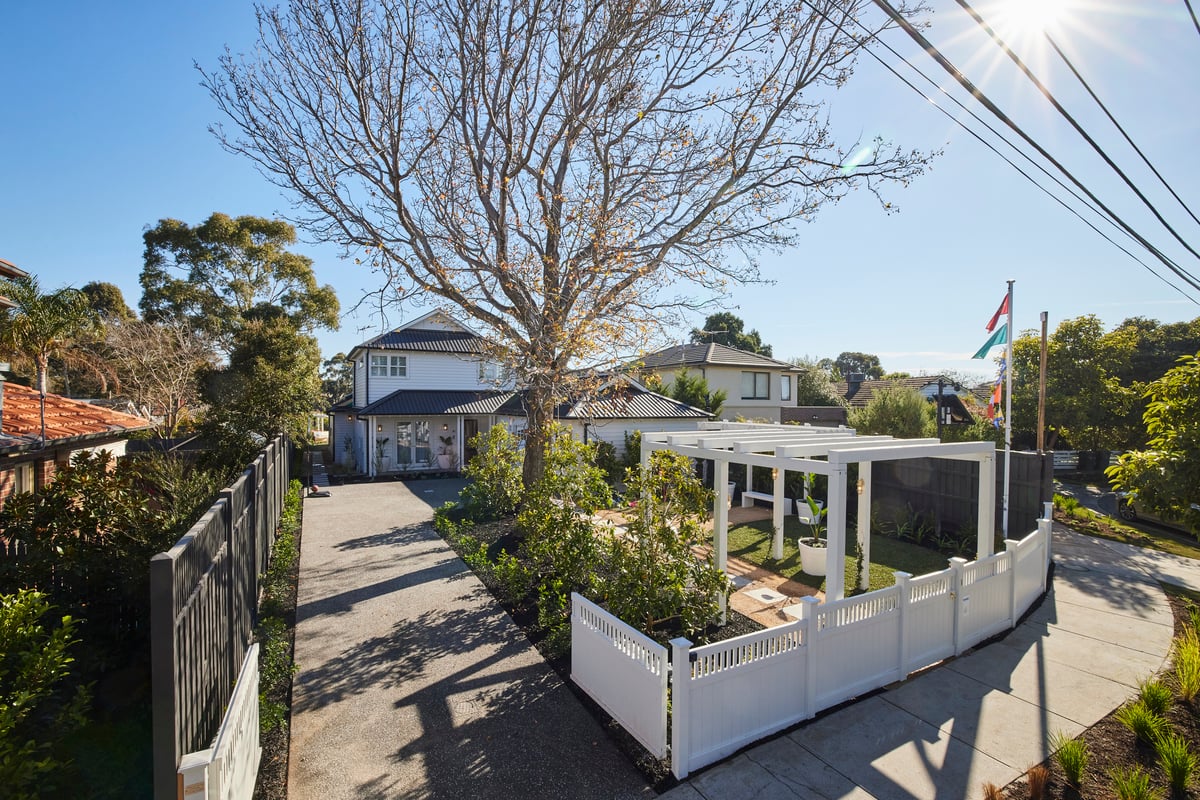 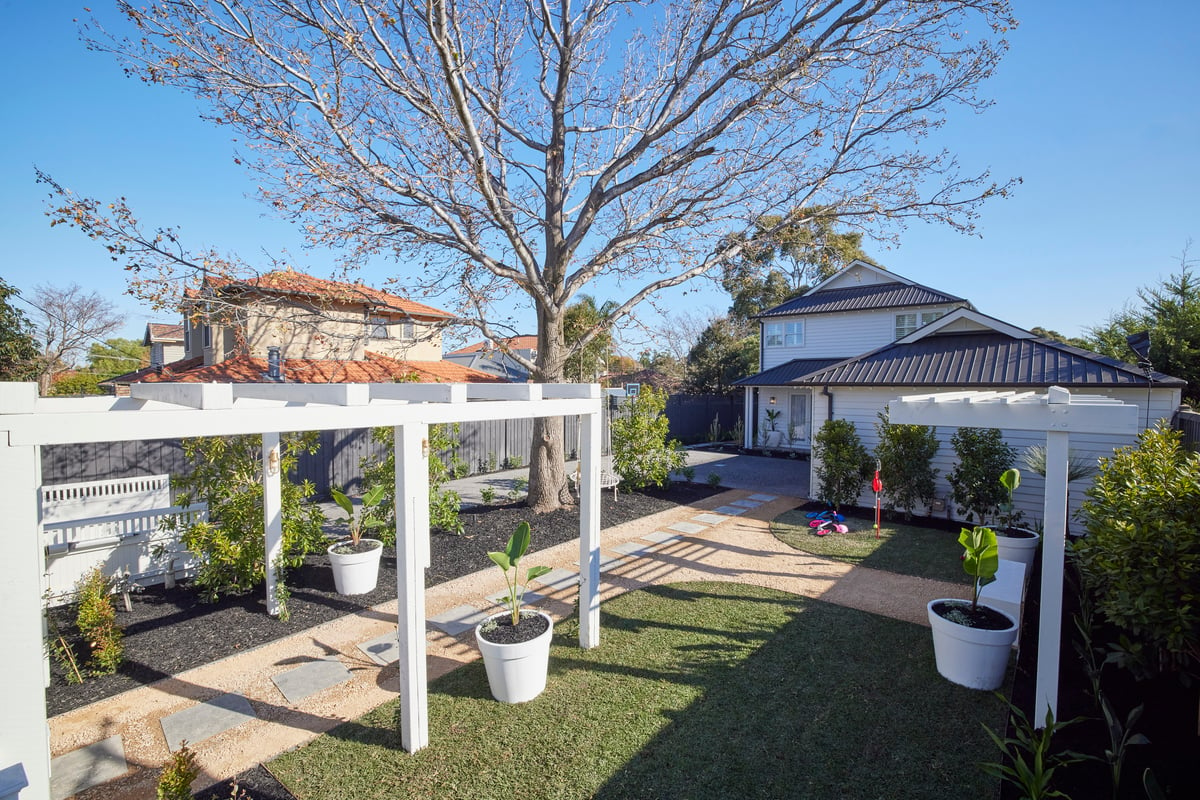 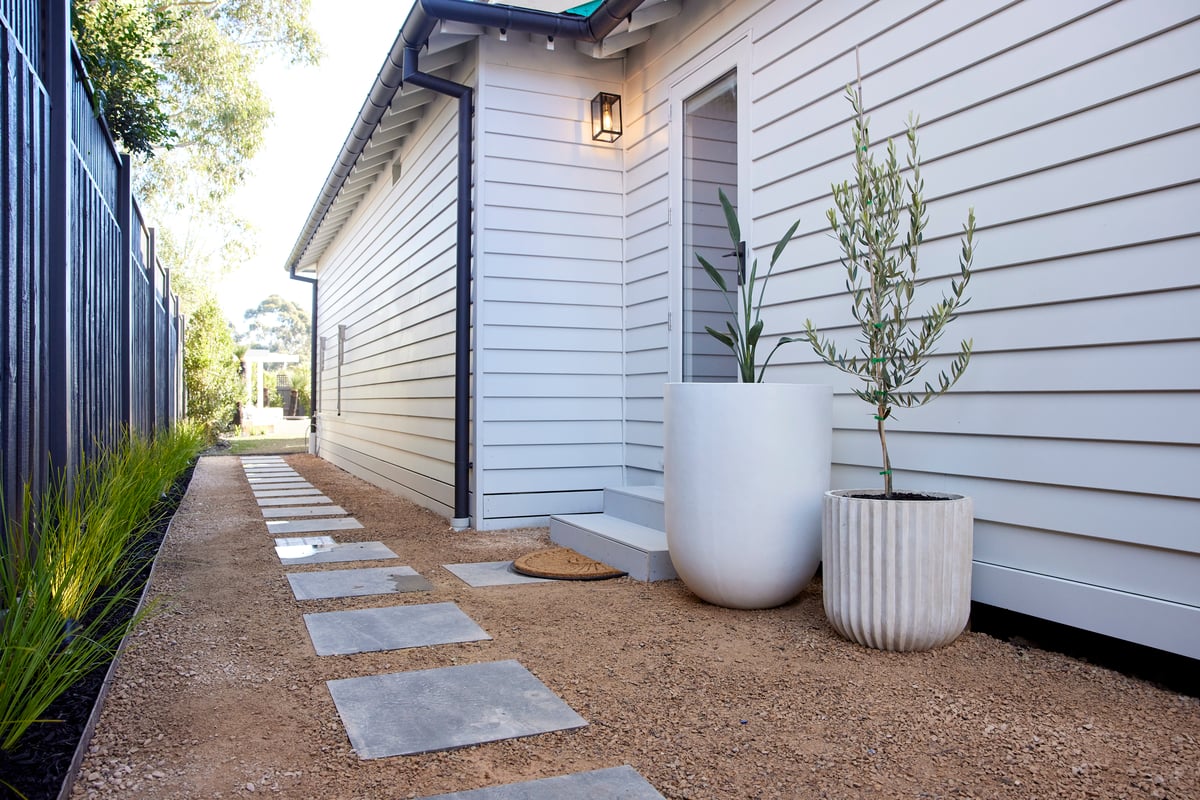 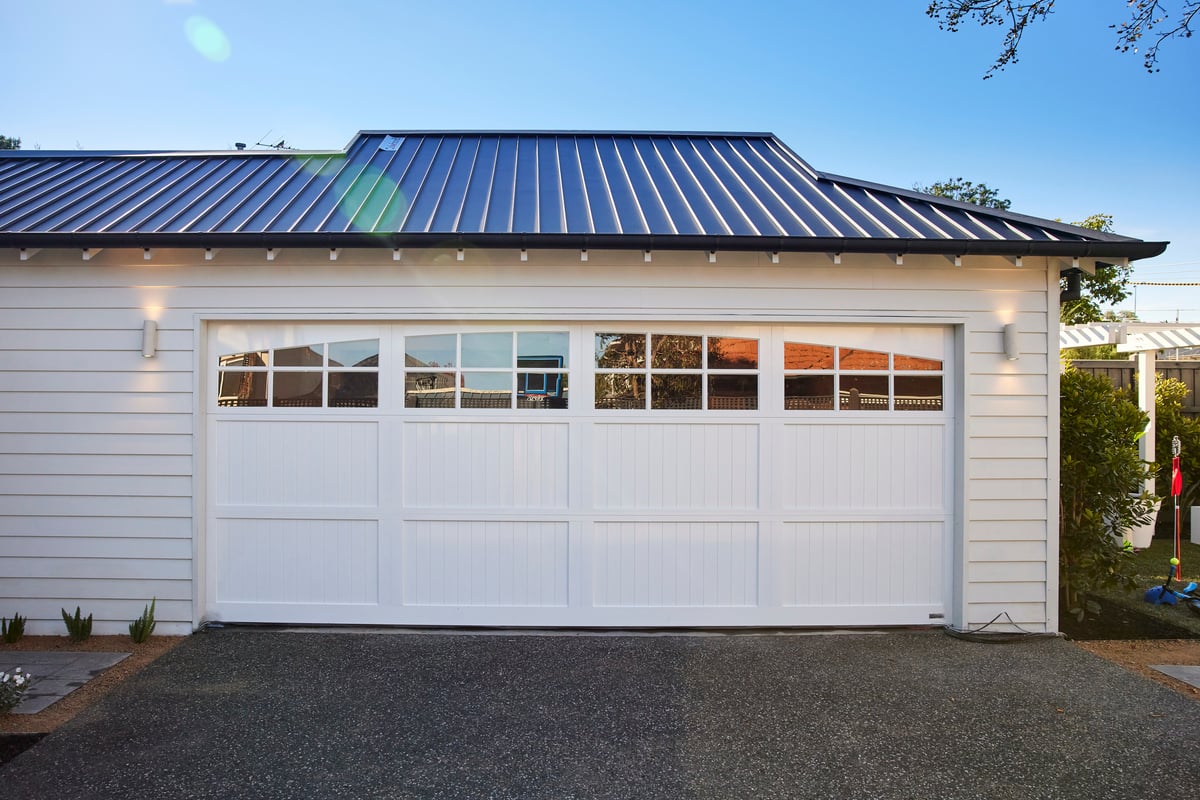 The judges' scores are tallied, and Mitch and Mark take out the win.

Next Sunday night, the houses will go to auction.

Want to find out more about the products used in The Block front garden reveal? Check out The Block Shop here.