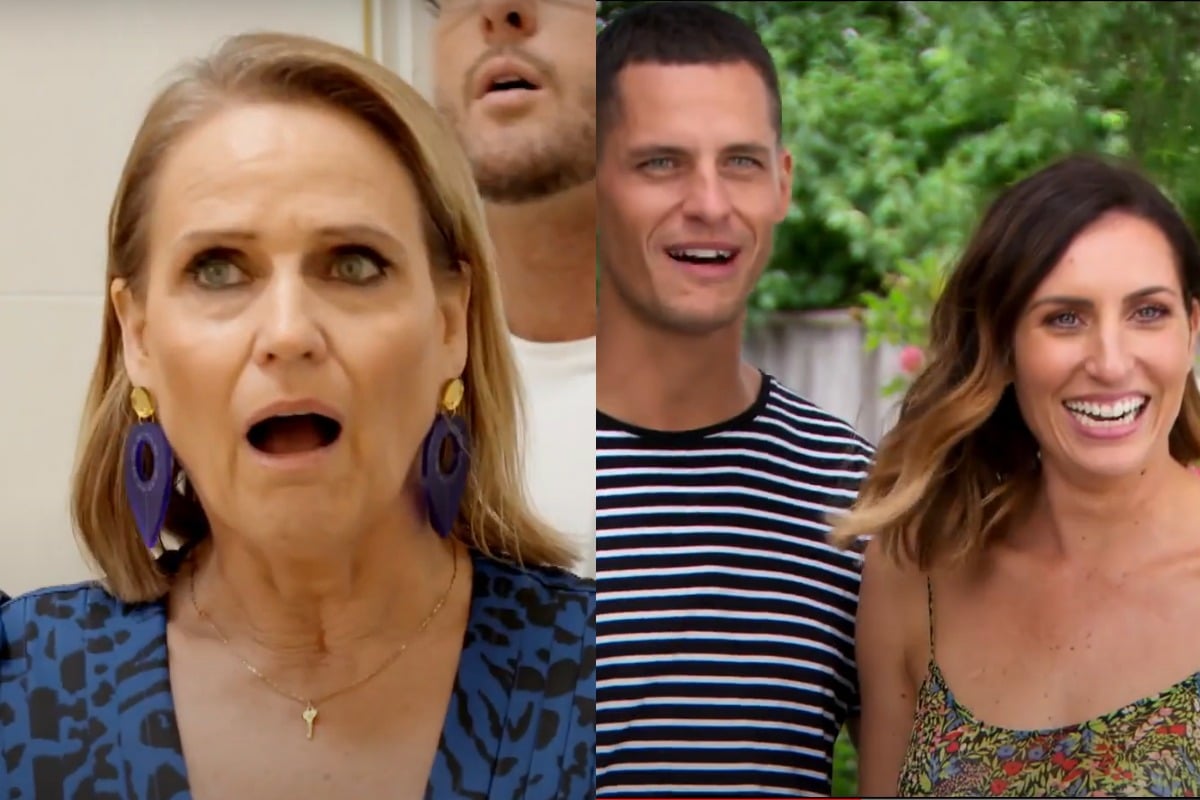 Get your hammers and your hard hats ready, The Block is returning to our screens this month. And we are pumped.

This year, the renovation-based drama will take place in the bayside Melbourne suburb of Brighton, with five teams tasked with bringing five family houses back to life. Oh, and in a new twist, each of the houses are from five different time periods. Fun.

Watch the trailer for the upcoming season of The Block. Post continues below.

Based on the trailer, we can expect to see some mesmerising before and after shots, a few tantrums, a rogue rat skeleton (?) and some classic Scott Cam humour.

And just like other reality TV shows, The Block won't look the same as it did last year, with the show having to temporarily shutdown due to COVID-19.

Ahead of the season premiere, here's everything we know about The Block 2020.

The Block will kick off on Sunday, August 23 at 7pm on Channel Nine.

57-year-old Harry and 32-year-old Tash are the first dad and daughter duo to ever appear on the show. And we're excited to see how it will play out.

Hailing from Melbourne, Harry is an IT manager who has renovation experience, but he wouldn't call himself an expert, and Tash is a social media project manager who loves projects and spreadsheets.

"We renovated a smaller Californian bungalow, the front and a back extension, but that was about thirty years ago," says Harry.

"The second house that I live in now, we finished six years ago, put on a second storey, and I thought that came up really well."

27-year-old Sarah and 33-year-old George are a teacher and electrician from western Sydney. And they both have experience renovating homes.

Appearing on The Block is a dream come true for the couple.

"We've said it a million times, but this kind of thing doesn't happen to people like us. It's mad, bro," says George.

Daniel is a 35-year-old farmer and Jade is a 34-year-old hairdresser from Wandearah in South Australia.

The couple, who have tried out for The Block four times, have three young kids together, Lincoln, 9, Hayden, 7, and Isla, 6.

"Our life is going to work and supporting the kids. Being away from them is going to be a big test," says Jade.

They also have a bunch of skills to bring to the table. Daniel completed his carpentry trade in his late teens and Jade is a very visual person when it comes to design.

Their motivation for going on the show was their daughter Isla, who is one of eight children in the world with a rare chromosome disorder that affects her speech and physical ability. Anything they can win will be put towards helping her. The couple have also endured hardship on their two farms from the drought and last year's bushfires.

Luke is a 35-year-old chippy and Jasmin is a 36-year-old teacher from Perth. The married couple are hoping to be the first Western Australia couple to win The Block.

They are currently renovating their own home while raising their two young kids.

"We moved into our house, I fell pregnant straight away, and then we renovated our big bathroom while I was in the early days of being pregnant with our second child," says Jasmin.

"It's pretty much been baby, renovations, baby, toddler, and renovations."

Last but not least, we have 33-year-old plumber Jimmy and 31-year-old bar manager Tam from Brisbane. The married couple are looking to win the competition and create a better life for their four-year-old daughter, Frankie.

"We are doing this for Frankie. We want to try to win to set our family up," says Jimmy.

The pair say they can cope with anything The Block throws at them. And we might have to see about that one.

"If we have blow-ups we are very good at resolving them and moving on to the next thing. We don't dwell on things."

How COVID-19 has affected the show.

The Block will look different this year because of COVID-19.

"I think one of the most fascinating things about watching this year's series will be for people to watch the coronavirus as it unfolded," the show's executive producer and creator, Julian Cress, told 9Entertainment.

"They'll be able to see it through the eyes of the contestants, what they went through and had to deal with it as it came our way and how they coped with the challenges of it. Having to concentrate on a renovation during a global pandemic is something that, as hard as it was for them to deal with, also makes for what I think is really compelling television."

In March, the decision was made to stop filming, andk the show was temporarily shut down.

"We have made this decision to stop production of the show so that our contestants can get home to their families and be there while the country flattens this curve," Cress said at the time.

In the trailer, Scott Cam can be heard telling the Blockheads about the halt in production.

"I'm shutting it down now. Pack your bags gang you're going home."

When production did start back up, safety measures and social distancing restrictions were put in place on site.

The Blockheads and the crew were also given the flu shot, and a nurse conducted temperature checks each morning.

The Block starts on Sunday, August 23 at 7pm on Channel Nine.