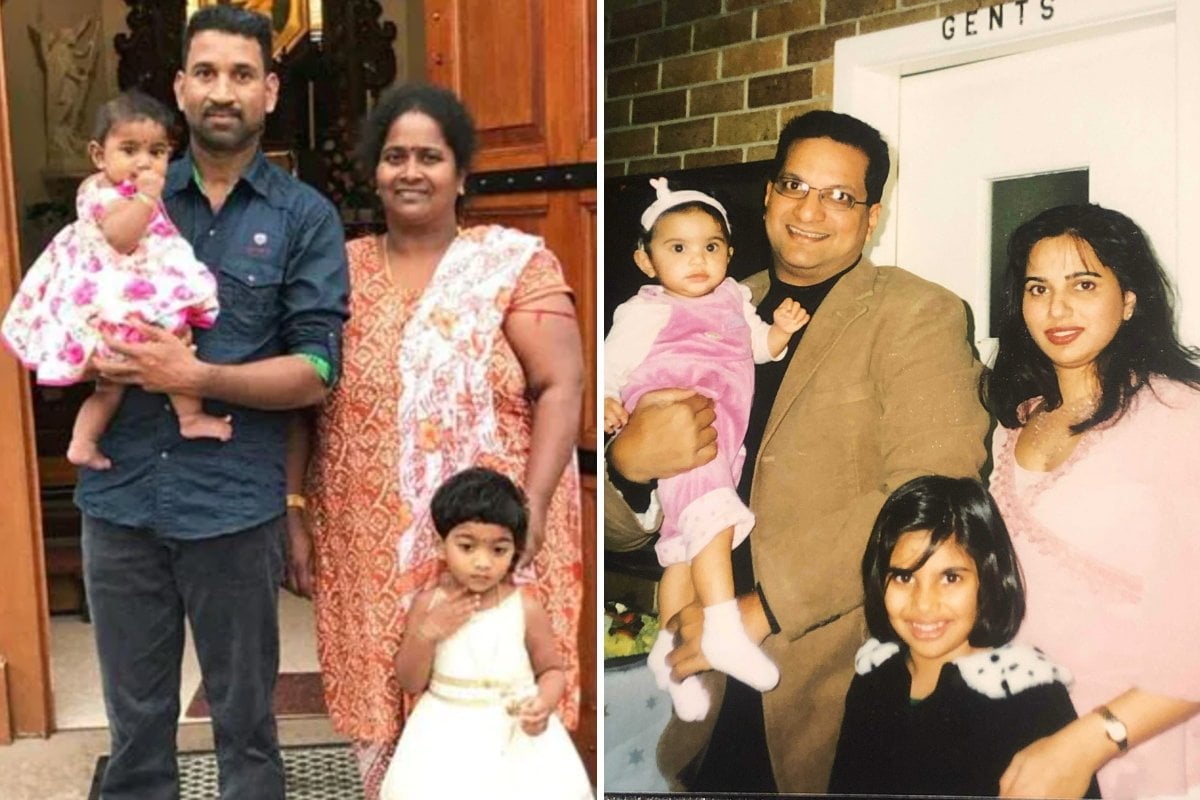 I was scrolling through Twitter one day and saw the hashtag #letthemstay trending.

That's when I first heard about Priya and Nadesalingam and their two daughters.

I’ve always been interested in stories about people seeking asylum and refugees in Australia, but this time the hashtag was trending about a story that I didn’t expect to read.

A Tamil family who had been living in Queensland were removed from their home and sent to a detention centre. The family had fled from Sri Lanka due to the persecution of the Tamil people.

As a daughter of someone who worked in immigration, I know that obtaining a visa is an extremely difficult and intricate process. Especially if English isn’t your first language. And especially if you don’t have an agent.

Watching this family come in and out of the news cycle always made my stomach churn. Not only because their story seems to worsen by the minute, but also because it gives people the opportunity to showcase their racism.

I’ve seen some extremely vile and disgusting opinions about this family. Opinions that completely disregard them as people, opinions that have nothing to do with their case, opinions that could easily be applied to myself just because of the colour of my skin.

On that day when I was scrolling through Twitter, reading the tweets about the family, I was waiting for my train to take me to the city to see my friends. I spent the entire train journey watching people in my compartment, wondering if they were thinking that I shouldn’t be in their country.

And now I’m doing it again. Living alone in the city has its perks but when stories like these come to the surface, I can’t help but feel like I’m in constant danger.

This time I was aware of it. When news hit that their daughter had been flown to a hospital to be treated for an illness, I began to fall into patterns of conformity. Conforming behaviours that I believed proved to people that I’ve actually lived in Australia my whole life without outright saying it.

I’ve been wearing much heavier makeup and expensive jewellery (money = resident?). Every time someone brought up the story of the family I would always start my response with "I mean I was born here and every person in my family is an Australian citizen but…"

Listen to The Quicky to get across the story of the Tamil family. Post continues below.

Doing all these things obviously has no impact. At the end of the day, if I was in a room full of backpackers from England, I’d still be looked at as the "immigrant". The one who doesn’t belong. The one who will be told to go back to where I came from.

Seeing what this family has gone through with the government, with the media and with the people of Australia has made my internal anxieties realistic. White Australian’s have a deep fear of people who don’t look like them.

And I have a deep fear that what is happening to this family can happen to anyone who closely resembles them.

You can sign the petition to bring the Tamil family back to their home in Biloela, Queensland, right here.

Reply
Upvote
I won't pretend I know anything at all about the immigration process, so can someone explain to me why it's taking so long? They've been in detention for years, how has this not been resolved?
C
cat a year ago

Reply
Upvote
1 upvotes
@rush the government takes forever to get around to processing claims, hence the fact that their temporary visa expired and Border force were able to raid the house.
This particular case is taking longer than usual because they have been fighting for each individual family member. The parents were denied asylum, then I think the older daughter was, and now its about whether they can send the youngest daughter to a country she's never been to. If they didn't have kids who were born in Australia - and if they hadn't gotten attention for that reason- we would have delivered back to Sri Lanka for execution by now.
G
grumpier monster a year ago