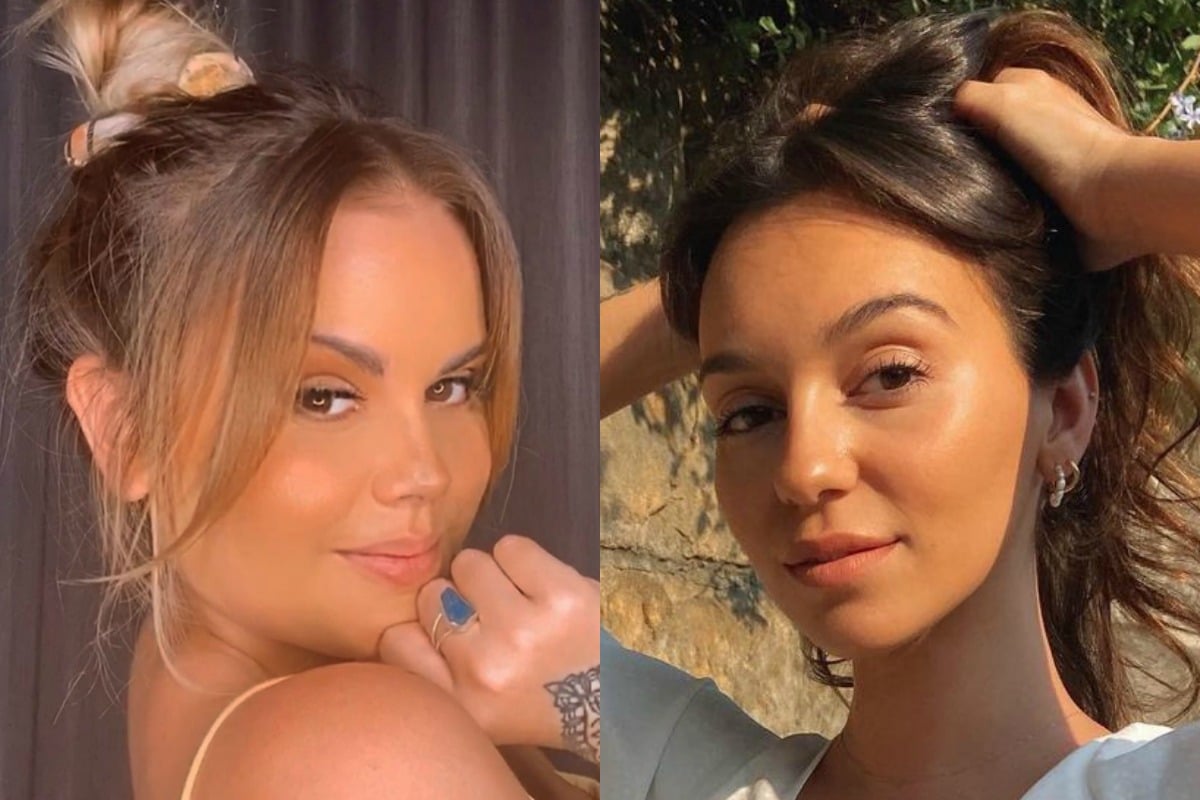 Another year of reality TV has come and gone.

We watched the utter chaos that was Married at First Sight, fell in love with MasterChef and put our bets on the winners of The Bachelor and The Bachelorette.

And we're utterly devastated that it's all over.

Watch the trailer for Married at First Sight 2021 here. Post continues below.

Thankfully, we've got some good news about reality TV in 2021.

There have been reports circulating about a bunch of ladies who are rumoured to take on the role of Bachelorette in 2021. And the lineup sounds pretty bloody good.

Among the list of ladies is 'Strawberry Kisses' singer Nikki Webster.

"Australia's next Bachelorette, could you imagine?!" Nikki, 33, said when speaking to Woman's Day. "You know what? I could totally do that! 100 per cent I'm there – how else do you meet men these days?"

"I'm not one of those people who says, 'Oh I'm not doing [reality TV] again,' I love supporting the entertainment industry," the mother-of-two said.

Bella Varelis is also rumoured to be returning to the franchise after coming second on Locky Gilbert's season.

During her YouTube question-and-answer video, the 25-year-old shared that she would be keen to take on the role.

"It's such a hard role to take on," Bella said.

"Knowing that I was hurt at the end of The Bachelor, I wouldn't want to do that to someone, but it is the nature of the beast. And ultimately, it is a sure way of finding someone that you could be in a relationship with for the rest of your life and genuinely find love," she continued.

"I know it works because I genuinely found love, and it's like, having your own little fairytale."

Other potential ladies include ex-contestants Renee Barrett and Brooke Blurton.

According to the So Dramatic! podcast, host Megan Pustetto claimed that former Bachelor in Paradise star, Renee Barrett, will be the next Bachelorette.

"Renee is moving to Melbourne next year with her BFF Sam Royce. And when I inquired more into this, I discovered that this was because she was in the final stages to be our Bachelorette," the host said.

"One friend of Renee’s gave a very vague, but very telling response when I reached out saying: 'Renee has lots on next year, so that’s why she is moving to Melbourne,'" she continued.

"Another said: 'She has so much going on next year with her job, and there’s going to be so much more happening for her in the new year. So who knows?'

"A third friend said: 'Yes, she is in talks to be the Bachelorette, she’s in the final stages of contract negotiations. It’s all very exciting.'

"They wanted to give her the happy ending she didn’t get after the whole Ciarran saga. She was such a loved character on Paradise, and audiences are really gunning for her to find a nice guy. And she would make the best first Indigenous Bachelorette."

Now that is some compelling evidence.

The final suspect is Bachie favourite Brooke Blurton, who has shared that she would be open to being Australia's first openly bisexual Bachelorette in the past. (Big yes to that.)

"Look, there was no offer made, but I wouldn’t say that I’m not open to it," Brooke, 25, told Matty J and Ruby Teys on The Babble podcast.

"There was kind of talk and speculation about certain things, and recently on a podcast, they were saying that I had to grow my followers in order to be the Bachelorette, but I don’t think that was necessarily the case," she continued.

"I don’t know, I’d be very open to it. I’m a little bit different in the sense that I date both sexes and whether Channel Ten and Warner Brothers would be up to a sort-of bi Bachelorette, I don’t know what they would that look like or if Australia would be ready for that."

Brooke also shared how ready her followers are for a woman of colour for The Bachelorette, and we couldn't agree more.

"My followers have definitely been very vocal about their needs - they want a person of colour or a woman of colour to be in those positions," she added.

Who would you like to see most? Let us know in the comments below.