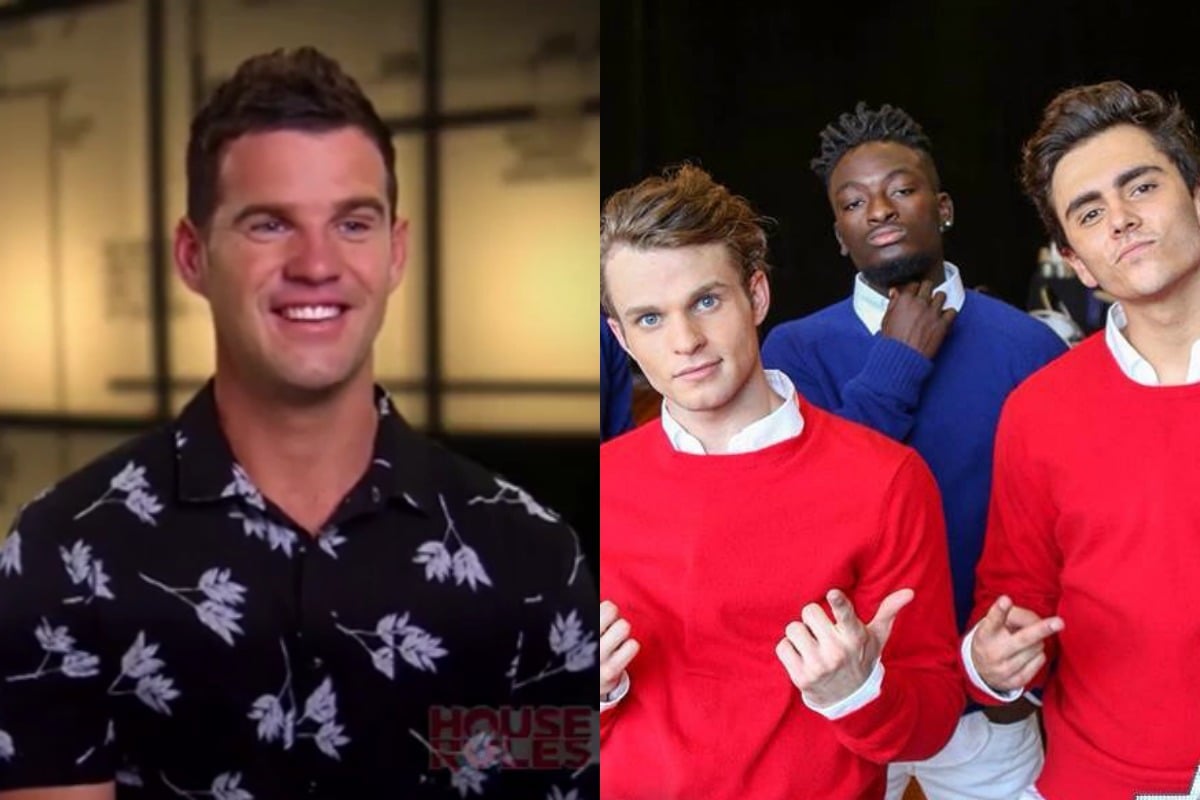 We're only one week into The Bachelorette and fans have already started noticing something... peculiar.

Other than the fact that there's not nearly enough Osher this season or that Frazer already has this in the bag, some of the contestants look... suspiciously familiar.

And that's becuse they are.

It turns out a few of the contestants on this season have actually appeared on TV before. In fact, two of them have previously competed on a reality show.

Watch the trailer for the latest season of The Bachelorette. Post continues below.

It's not the first time past reality TV contestants have appeared on other shows before. Last year, a bunch of Married At First Sight contestants had already made their TV debut before singing up for the dating show.

So to put an end to the puzzled looks and frantic googling, here's where you've seen some of The Bachelorette contestants before.

He quickly caught Becky's attention on The Bachelorette, but before that, Shannon appeared on Home and Away as a River Boy.

According to Shannon's StarNow profile he's "not an actor but have done some body double / extras work over the years which is always good fun".

Under his list of acting experience, Shannon credits his work on Home and Away, which he appeared in back in 2017. The same year, he also appeared in the 'Laka Laka' music video as a Maori performer.

"Love to get out of my comfort zone and to try new things!" he wrote on his profile.

But that's not the only interesting thing about Shannon's past.

The 30-year-old, who also owns his own Hawaiian shirt company, earned himself the title of Mr Polynesia Australia in 2017.

Before his (brief) appearance on The Bachelorette, AB competed on Australia’s Got Talent back in 2016.

The 27-year-old filmmaker appeared on the show as part of dance group EQUALS and managed to impress judges Sophie Monk, Kelly Osbourne, Ian “Dicko” Dickson and Eddie Perfect during their audition.

"That was so awesome," Sophie said after watching their performance.

The group ended up making it the semi-finales. But eventually lost to singer Fletcher Pilon.

Listen to The Spill, Mamamia's daily entertainment podcast. In this episode, Laura Brodnik and Kee Reece chat to Elly and Becky Miles about all the juicy details from The Bachelorette. Post continues below.

Australia first met Harry on season five of House Rules back in 2017.

The then 32-year-old competed on the show with his ex-partner Kate Whiting, who he shares his five-year-old son Xavier with.

Their hard work on the show clearly paid off as the couple ended up making it to the grand final.

Unfortunately, they finished in second place, missing out on the $200,000 top prize to fellow contestants Aaron and Daniella Winter.

The #HouseRules Grand Final starts NOW... Who do YOU think will win? 🎉🏆

Shortly after the show, the couple announced their separation in March 2018 and went on to sell the house they renovated during the series.

"It is with great sadness we share that Harry and I are no longer together," Kate shared on Instagram at the time.

"We are both committed to co-parenting Xave, with his wellbeing as our number one priority," she continued.

"We remain great friends and look forward to what the next chapter brings."

She later told Adelaide’s  The Advertiser  that her and Harry simply "drifted apart" after nine years together.

"We’ve been working on our relationship for a while – it’s not something we gave up on," Kate told the publication.

"We just drifted apart. That happens sometimes I think, especially when you get together at such a young age."

Which contestant's past surprised you the most? Let us know in the comments below.

The Bachelorette airs at 7:30pm on Wednesday and Thursday on Channel 10.