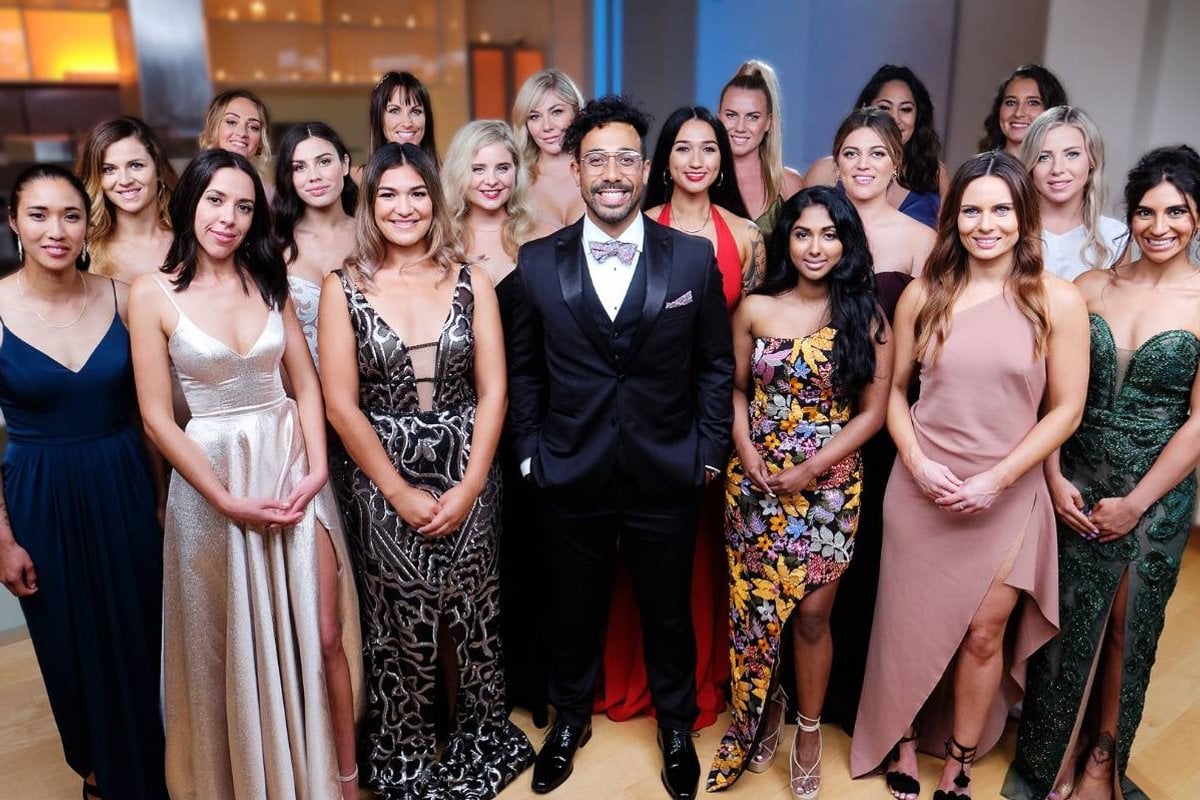 The contestants on 2021's season of The Bachelor New Zealand look exactly like New Zealand society.

In an ideal world, that should barely rate a mention. Of course, that's exactly what it should be like.

But the representation on reality TV is still not where it needs to be, with calls growing each year here in Australia for a much more inclusive Bachelor franchise.

I know this is not what Australians want to hear, but our Kiwi mates have beaten us to the punch (again).

This year's NZ season is fronted by Samoan-Kiwi Moses MacKay, the country's first ever 'celebrity' Bach. He's a radio host and an opera singer, and uh, here's hoping it all works out better for him than it did with our first celeb.

Moses agreed to do the show with one stipulation:

"I said 'the only reason why I would actually consider doing it is if you would be interested in making it a diverse cast, and so I would love to see a multi-sized, multicultural [group]'," he told 1 News.

"I said 'I would love to see ladies that best represent New Zealand and not just look the same, same, same as possibly other seasons have been... I think that anything in terms of breaking down those stereotypes and creating new ways of being, I'm interested and that was my thinking behind me wanting to do it."

Kudos, Moses. Production listened, and the result was beautiful:

There we have 18 beautiful, diverse women representative of New Zealand's 'melting pot' society. And having watched a couple of episodes (grab yourself a VPN and get to it), the show is all the more interesting for it.

The season's positive strides have been welcomed with open arms, and it has surely raised the bar for future seasons. Production will never again get away with a whitewashed cast.

Here in Australia, non-European and Indigenous people make up an estimated 24 per cent of population. You would not know it from our TV screens.

On (reality) TV, Australia is homogenous.

In September last year, The Guardian crunched the numbers.

Of the 113 contestants to appear in the last two years of The Bachelor, Bachelor in Paradise and The Bachelorette, 95 were white. That's 84 per cent.

All but one of the Bachelor and Bachelorettes handing out the roses have been white. Noongar/Yamatji woman Brooke Blurton is the only non-white contestant to make the top three.

Year after year, The Bachelor Australia has been criticised for its lack of diversity. Small steps have been taken over time, but any such diversity has been in the form of polarising villains, commentators or background 'characters', while white (usually blonde) women play the role of 'wifey'. This has attracted its own criticism for perpetuating stereotypes. 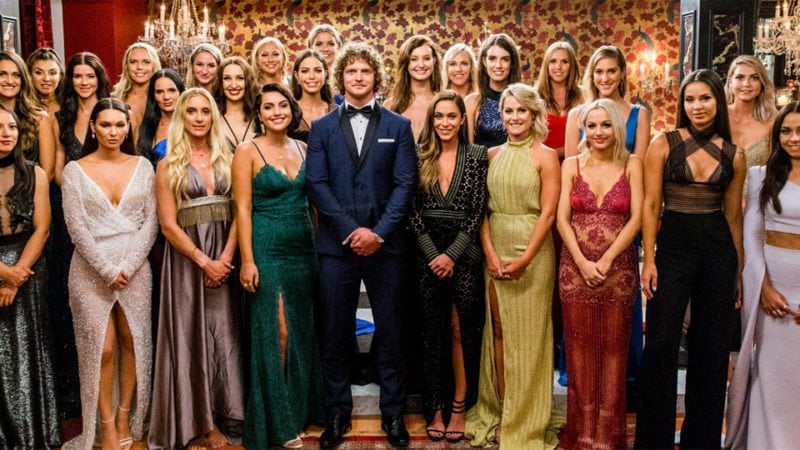 Then there's body diversity, which has not strayed from white, thin bodies. The average size of an Australian woman is 14-16.

And of course, the show's entire premise is hetero-normative. But that hasn't stopped the show being problematic in its portrayal of queerness: Brooke feeling pressured to 'come out' to the Honey Badger springs immediately to mind, as does the trans-baiting used in a promo of Ali Oetjen's season of The Bachelorette.

The Bachelor Australia can do better.

Sure, reality TV is hardly the standard to which we should hold ourselves to (um, hello, MAFS?), but that doesn't mean we shouldn't hold it to higher standards.

Representation can shape how society views minorities and how minorities view themselves. Including a range of voices, views and bodies makes it clear everyone has a place in the world. In the context of The Bachelor, it also shows that not just woman who fit the 'mainstream' (read: white, thin) standard of beauty are desirable.

We're not far away from Australia's next Bachie season and it appears production are listening, as Channel 10 recently introduced new bach Jimmy Nicholson, who is of NZ and Fijian descent.

We'll have to wait and see if this extends to the season's contestants, when they're announced in the future. Until then, we'll be following the Kiwi version.

(Seriously. Get that VPN.)

Reply
Upvote
I'd love it if the Bachelor would tell the contestants it's not all about him: that he can only pick one, so for everyone else, it's really about the experience and the friendships they'll make with other wonderful women, and that's far more important than any nastiness or cattiness that the producers want to create for the sake of ratings...
Resources
Very Peri
Skin
News
General
Opinion
True Crime
Politics
Sport
Explainer
Entertainment
Celebrity
Reality TV
Movies
TV
Books
Rogue
Royal
Lifestyle
Beauty
Fashion
Weddings
Home
Wellness
Health
Fitness
Travel
Food
Family
Before The Bump
Pregnancy
Baby
Kids
Teens
School
Parent Opinion
Work & Money
Money
Finance
Career
Lady Startup