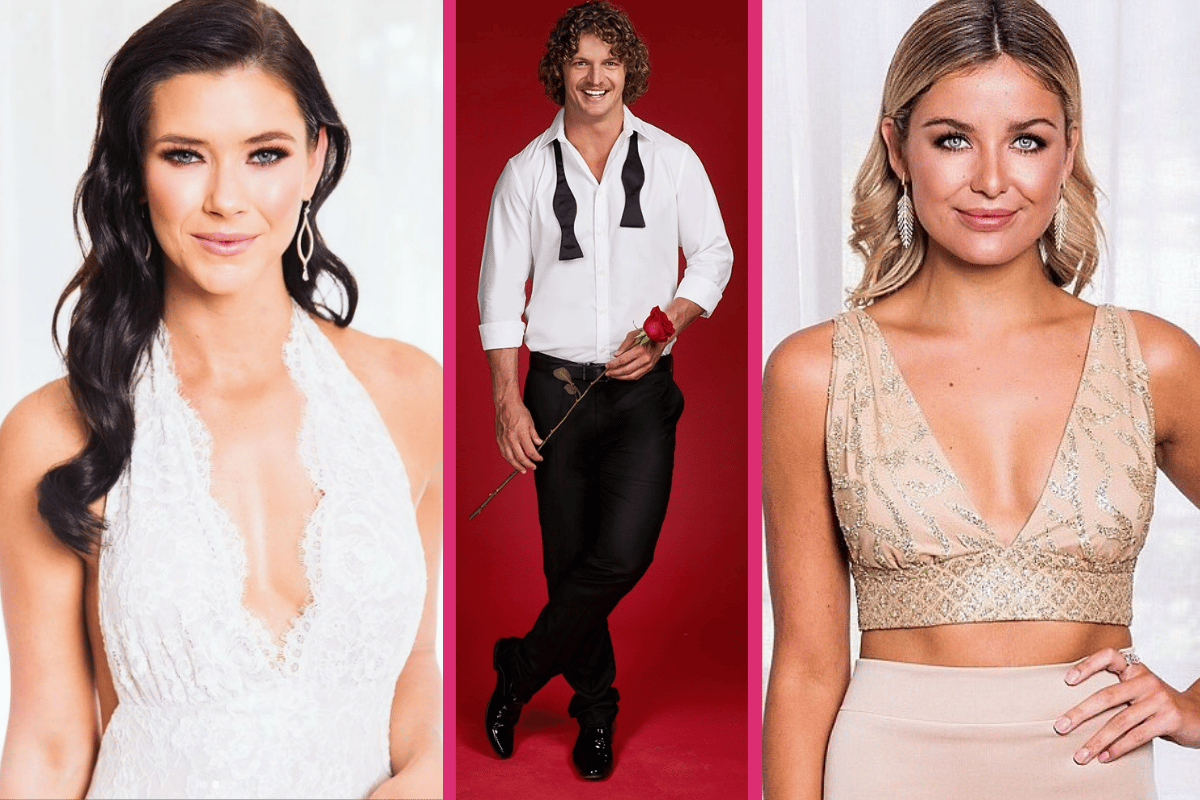 When Nick Cummins, otherwise known as the Honey Badger, became the first Bachelor in Australia's history to not choose a winner, audiences were left rattled and confused.

The fact he had flown his final two – Brittany Hockley and Sophie Tieman – over to New Caledonia, dumped them both and fled into the jungle, was… a lot.

"Right now, I can't give 100 per cent to you. My head is very clouded. Right now, I'm a little bit lost," he told Brittany at the floral Bachie alter, soon delivering a similar message to Sophie.

Watch: Language lessons with the Honey Badger! Post continues below.

The shock move from Nick literally became a saying: "to pull a Honey Badger."

Three years on from the event, tempers have most definitely cooled down, many coming to understand why the Honey Badger did what he did.

And just this week, Brittany Hockley lifted the lid on the whole experience, saying she feels that Nick "blamed her" for the backlash he received. 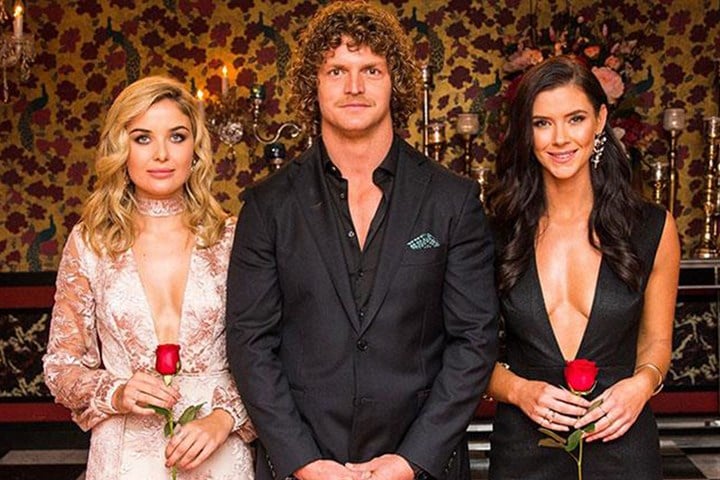 So without further ado, let's see what's been happening in the lives of these three nowadays.

This where are they now couldn't be done without our beloved Honey Badger.

Since The Bachelor, Nick has gone on to do SAS Australia and lots of nature-oriented shows which seem right in his wheelhouse.

National Geographic TV snapped up Nick for his own travel series Meanwhile in Australia with Nick Cummins. He also recently travelled to Arnhem Land in the Top End to begin filming the second series of Off the Grid with the Badger.

Speaking on The Bachelor experience with Stellar, Nick said he would still make the same decision today.

"The experience I had was really quite challenging for me. But I think I matured quite a bit, so I don’t regret it at all. I don’t get upset at the public for their viewpoint as they haven’t been in my shoes. But they did see an edit. It’s not a documentary."

The 34-year-old has also now found himself a girlfriend, jewellery designer Alexander George.

In January this year, Nick shared a photo of himself and Alexandra, hard-launching their relationship.

The pair also moved in together, living in a five-bedroom place on the Gold Coast. And from the looks of it, Nick isn't going to pull a Honey Badger with this one.

Now let's move onto the women at the centre of the cooked finale, including the lovely Sophie Tieman.

Speaking to Mamamia previously, the 25-year-old said the fact he couldn't "see enough" in one girl out of the 28 contestants, was shocking for her.

"That actually really hurt me in that moment because I was left so confused. By the end, I was confident in saying that I was falling in love with him. But then he said it wasn't enough and it wasn't me. I just wanted to close my eyes, open them up and be back at home."

Since The Bachelor, Sophie has not looked back: no longer going down the reality TV route, and instead returning to her day job with a bit of influencing on the side.

She has also welcomed a new man into her life, Joe, with the pair getting engaged in December 2020.

During an Instagram live, Sophie shared the story behind the proposal.

"We were walking along the boardwalk of the ocean, there's barely anyone around 'cause it's so early, then he just stops. He dropped the bag that had all our towels and things in it, and he grabbed both of my hands and started telling me about the love between us two, then he got down on one knee and pulled out a box."

She continued: "It was so beautiful, I was nervous and excited and happy, and I can't even explain the emotions I went through."

Sophie is a successful influencer in her own right, as well as being a commercial property salesperson.

On her Instagram, she regularly shares content ranging from corporate work outfit inspo, her partner, her adorable dog and also lots and lots of renovation updates.

She and her partner recently bought a place in Sydney, and have been sharing with their audience the process of redesigning their house. And trust us when we say, it looks fab.

Brittany Hockley was also one of the women at the infamous finale with Honey Badger.

Speaking on the experience this week, Brittany says she felt like Nick "blamed her" for the backlash he experienced from his finale decision.

"He wasn’t the greatest to me afterwards. I think he blamed me a lot for the hate he got from Australia. I don’t think he was expecting Australia to hate him so much," the 34-year-old said on the Happy Hour podcast.

According to Brittany, it was comments she had made in interviews that had upset Nick.

"You do so many media interviews after [The Bachelor], and he was like, 'It's everything you're saying in the media,' and I was like, 'Find me one bad thing I've said, because I've never said a bad thing. I just wouldn't have done it'."

Brittany also shared on the podcast that the production team on the set of The Bachelor, were shocked with Nick's choice not to choose anyone.

"When it happened, the production went into meltdown," she explained. "You could see it on people’s faces. The way they were acting, it was very obvious that most of them were shocked at what just happened."

It was also a shock to Brittany herself, who says she thought it would be her and Nick at the end.

"I mean, I was still with him the night before, at 1am, on a date, we were in a spa, we were having a great time."

Brittany added: "There's a huge chance he went in there knowing he was just gonna f**k around with thirty girls, get half a mil."

As for life after The Bachelor, Brittany went on to appear on Bachelor In Paradise 2020, coupling up with sweetheart-turned-problematic contestant Timm Hanly. However things between the pair soon wrapped up after filming.

Stepping away from the Bachie franchise, Brittany has gone on to do some incredible things, including the formation of podcast Life Uncut with fellow Bach alum Laura Byrne, where the pair talk about dating, relationships, sex, their love lives and more.

Speaking about their relationship to Yahoo Lifestyle, Brittany said: "As cliche as it sounds, it just felt right. My mum always said, 'You'll just know. There is no explaining it,' and she was right. It's just a feeling. It was so easy and effortless. We felt like we had known each other for years, and gosh, all we do is laugh!"

Brittany has also made headlines recently thanks to her newfound friendship with the one and only, Rebel Wilson.

The pair went to the AACTA Awards at the Sydney Opera House together last week.

As for the friendship between Brittany and Sophie Tieman: Brittany says the pair have naturally drifted apart.

The pair were "very close" during filming and when the season was airing, the duo often did press events and interviews together given the finale's circumstances.

When asked on the Happy Hour podcast, if they're still friends, Brittany said: "No. For no reason. It's been like three years. We just drifted apart, I think."

She continued: "You're bonded by an experience in that house. You're with each other for three months. It's very intense, it's a shared experience, and then you get back into the real world and you go about your life."