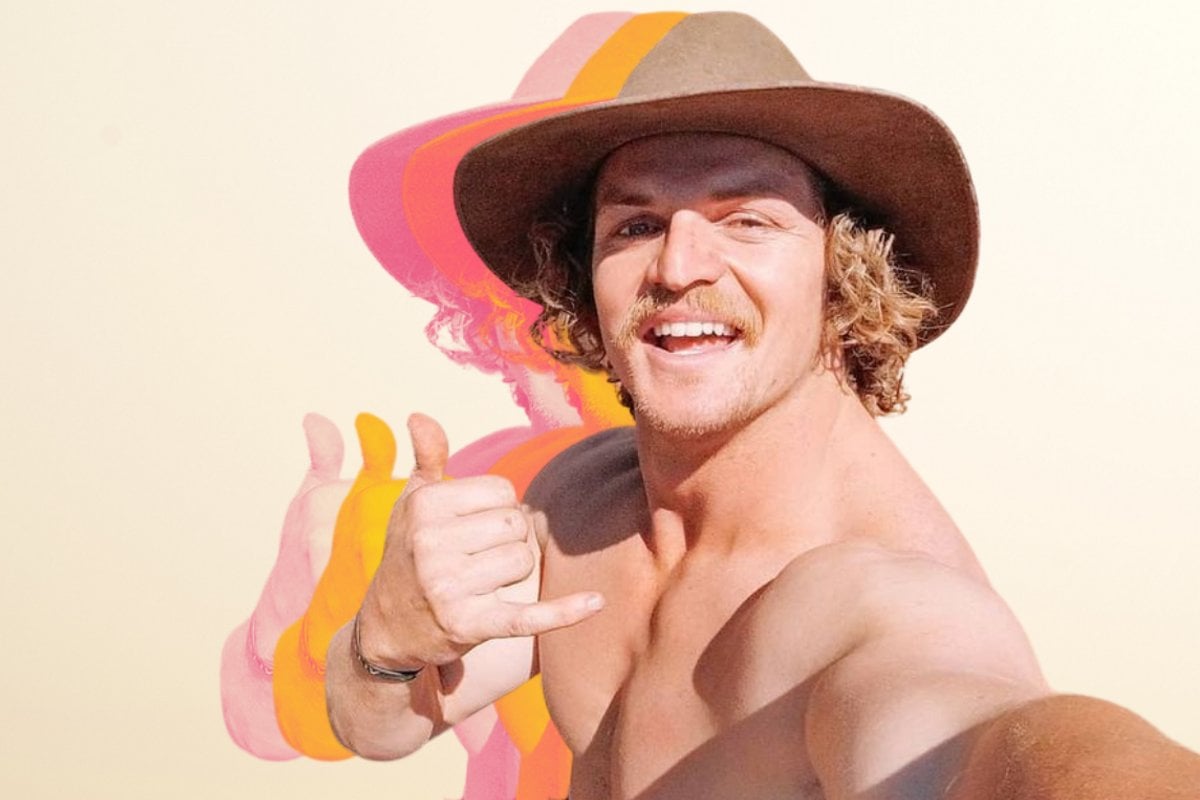 1. Three years after choosing precisely no one on The Bachelor, the Honey Badger has a new girlfriend.

It's been three years since Nick Cummins flew his final two Bachelor contestants over to New Caledonia just to dump them both on national TV.

And now the 33-year-old seems to have found himself a girlfriend.

Earlier today the SAS Australia star shared a photo of himself and 'Sydney socialite', Alexandra George looking pretty cosy together on Instagram.

"This sunset @kingfisherbayresort is a must see," he captioned the photo.

While, not much is known about Cummins and George's relationship, the pair reportedly spent lockdown together back in June, according to The Daily Telegraph.

They also shared photos of themselves spearfishing on their separate Instagram accounts in May last year.

2. The real story behind Colin Fassnidge and Manu’s famous feud.

I'm A Celebrity contestant and resident chef Colin Fassnidge has opened up about his famous feud with his My Kitchen Rules co-star Manu Feildel. And he did not hold back.

In scenes set to air on the show tonight, the 47-year-old brings up his past rivalry with Manu, which started when Colin mocked Manu for going on Dancing with the Stars in 2011.

"When I did MKR, they knew me and Manu didn’t get on because we’d had Twitter wars and all this s**t," Colin told his fellow campmates.

Manu then pulled an "alpha" move and told Colin: "Well buddy, welcome to my home. If there’s anything you need, I’ll tell you how to do it."

A post shared by My Kitchen Rules #MKR (@mykitchenrules)

Colin later decided to bury the hatchet and apologise to Manu towards the end of the season.

"I just went into his dressing room and said, ‘Mate, I apologise for whatever.’ And he’s like, that’s it, buried it," he explained.

The 47-year-old also brought up his feud with former I'm A Celebrity winner Miguel Maestre, which the pair have also moved on from.

"All the wives hang out, the kids hang out … we’re like, ‘Why did we waste so long getting to know each other?’"

3. Kyle Sandilands had to assure his team that he wasn’t dead this morning. Yes, you read that correctly.

Kyle Sandilands didn't show up to work this morning where he hosts Australia's highest paid breakfast radio show, and his team's first assumption was that he was dead (and you bet we assumed the same given he makes $35,000 per show [!!!]).

The KISS FM host raised concern when he hadn't arrived to his shift at 6am this morning, and his co-host Jackie was forced to start without him.

“We don’t know where Kyle is,” she said on air. “His phone is off which is very strange.”

She also added that his manager, Bruno Bouchet was uncharacteristically difficult to contact.

It was only when producers sent a team member to Kyle's house that the team worked out he had slept in.

“Thank god you’re here, we’ve been worried sick,” producer, Pete Deppeler said as he arrived at the studio an hour later. “There was a lot of panic from management. Everyone’s been freaking out.”

A post shared by Kyle and Jackie O (@kyleandjackieo)

Kyle appeared rather unbothered, assuring the team he was 'not dead', before apologising live on air.

4. Cody Simpson is talking about his penis on Instagram. That is all.

Cody Simpson shared some pics of him at the pool this morning, but really wanted everyone to know that they didn't do his dick justice.

It's clear to see why he shared the photos regardless (he's looking great), but the singer captured his post: "Caught at training. It was cold. #beardgrowing #nothingelsewasgrowing #shrinkydink".

Seems like it draws a little more attention than it's worth, but okay.

The 24-year-old recently qualified for his first Olympic trials, so expect more intimate swimming pics in the near future.

Oh, and let's all do our best to focus on the bigger picture.

5. Four marriages and astronomical wealth: Everything we know about Bling Empire's Anna Shay.

When it comes to reality TV, Netflix is the gift that keeps on giving.

In recent years, we've watched strangers fall in love on Love is Blind, influencers attempting celibacy on Too Hot To Handle, and the luxurious lives of the Oppenheim Realty Group on Selling Sunset.

Described as a mix between Crazy Rich Asians, Selling Sunset and Keeping Up with the Kardashians, the new eight-part series follows a group of wealthy Asian American socialites in Los Angeles as they throw luxurious parties and spend ridiculous amounts of money.

The show also introduces viewers to a slew of cast members including Anna Shay, the reigning queen of the Asian American social scene in LA.

As we wait to hear whether we'll be getting a second season of Bling Empire, here's everything we know about Anna Shay. 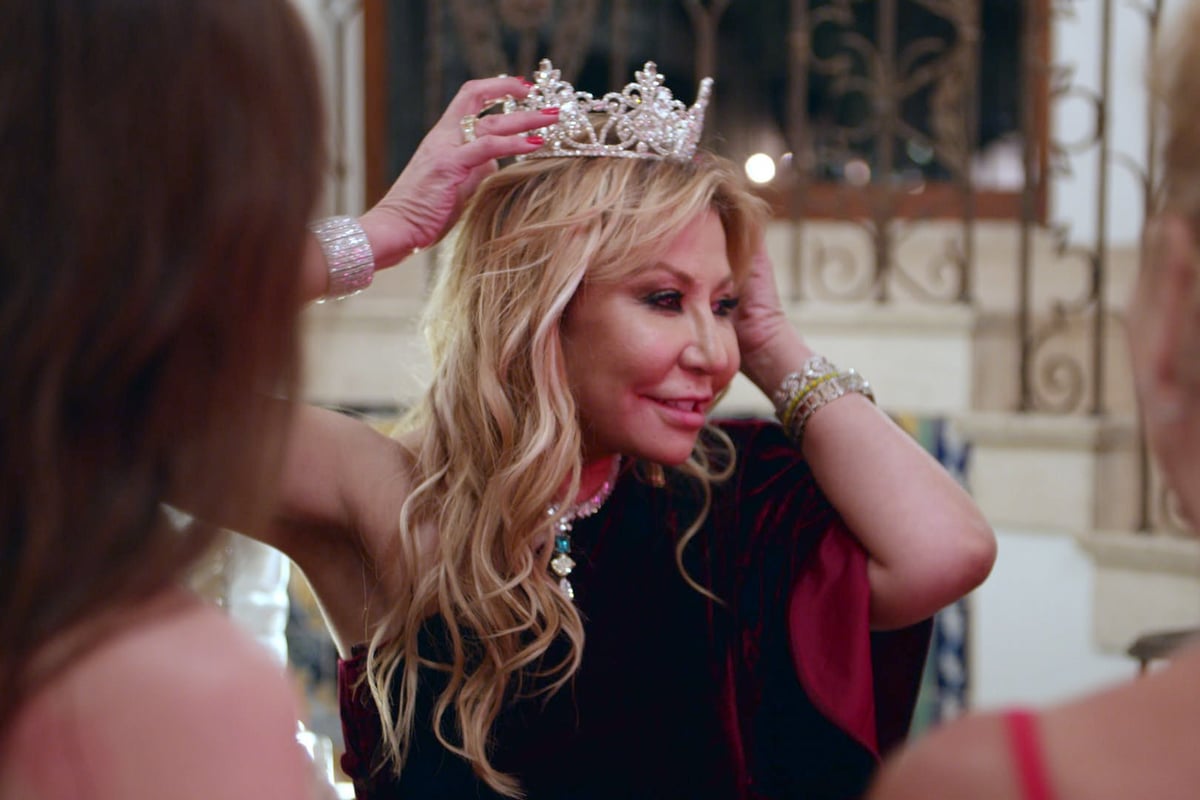 Who are Anna Shay's parents?

In Bling Empire, there wasn't much shared about how Anna Shay got so... rich.

He continued: "Her money comes from weapons. Her father sells bombs, guns, defence technology. And it’s worth like a few billion."

For more on Anna Shay, read our earlier article here.