She rubbed some of the women *cough* Nichole *cough* up the wrong way from the get-go, and then was part of the show’s biggest scandal so far after Abbie told Matt she called him a ‘disrespectful pig’ and what we here at Mamamia have creatively code-named ‘woof woof’.

Speaking to Mamamia following her exit on last night’s show, Monique shared a bit of context around the Abbie drama and that now infamous… ‘woof’.

Monique said the reason Abbie was outcast after her cocktail party kiss with the bachie was not so much about how she said she wouldn’t kiss him and then did, and more about the fact that they didn’t realise kissing at cocktail parties was a… thing.

Abbie has since said she felt isolated in the mansion after the kiss, felt sl*t-shamed, and had to make use of the network’s psychologist.

In the episode before Matt and Abbie’s steamy kiss, Matt and Elly also kissed at the cocktail party (something that’s usually been ‘taboo’ in previous seasons), but the women of the mansion didn’t know that.

And that was the problem… which then led to about 154,578 other problems.

“What you don’t know is that we didn’t know that [Matt and Elly kissed]. I found out because she was upset about it when everyone was hating on Abbie but I didn’t feel like it was my right to tell all the other girls about it,” Monique explained.

When Abbie kissed Matt, everyone was p*ssed and battle lines were drawn down the centre of the mansion (and its pool), which led to #doggate. "So we were sitting around the pool and obviously Elly was on Abbie's side because she felt really guilty and none of the girls knew that she kissed him [at the cocktail party]," Monique explained.

She said she didn't like that Matt had made some of the women feel "not good enough" by not speaking to them since the red carpet while he regularly spoke to (and kissed) others and so she felt the need to rally on their behalf.

"So I was sticking up for Chelsie and whoever else that felt less worthy. We had a long conversation and I just said 'We're going to have to agree to disagree because we're getting nowhere' and from there Rachael and I moved to the side and we were having a joke, having a bit of laughter after a really intense discussion.

"Obviously Abbie didn't like the fact that I'd just gone on a date with Matt and I was rallying for the other girls, and it wasn't in her favour, so she took a couple of comments that were said as a joke to Rachael, turned it into something that it wasn't and used it against me to get me out."

Despite the 'woof woof' comment, it was the far more tame 'disrespectful pig' thing that stopped Monique from admitting what she said about Matt.

"I don't even use the word pig in my vocabulary. I know he wasn't offended, [and that] 'pig' wasn't the issue but I wasn't going to lie...

"I could've just made it all better and pulled an Abbie and gone 'Look, I'm really sorry for saying you're this, this, this and this,' but I was like, 'Yeah I definitely would've said silly words but I didn't say that sentence'." 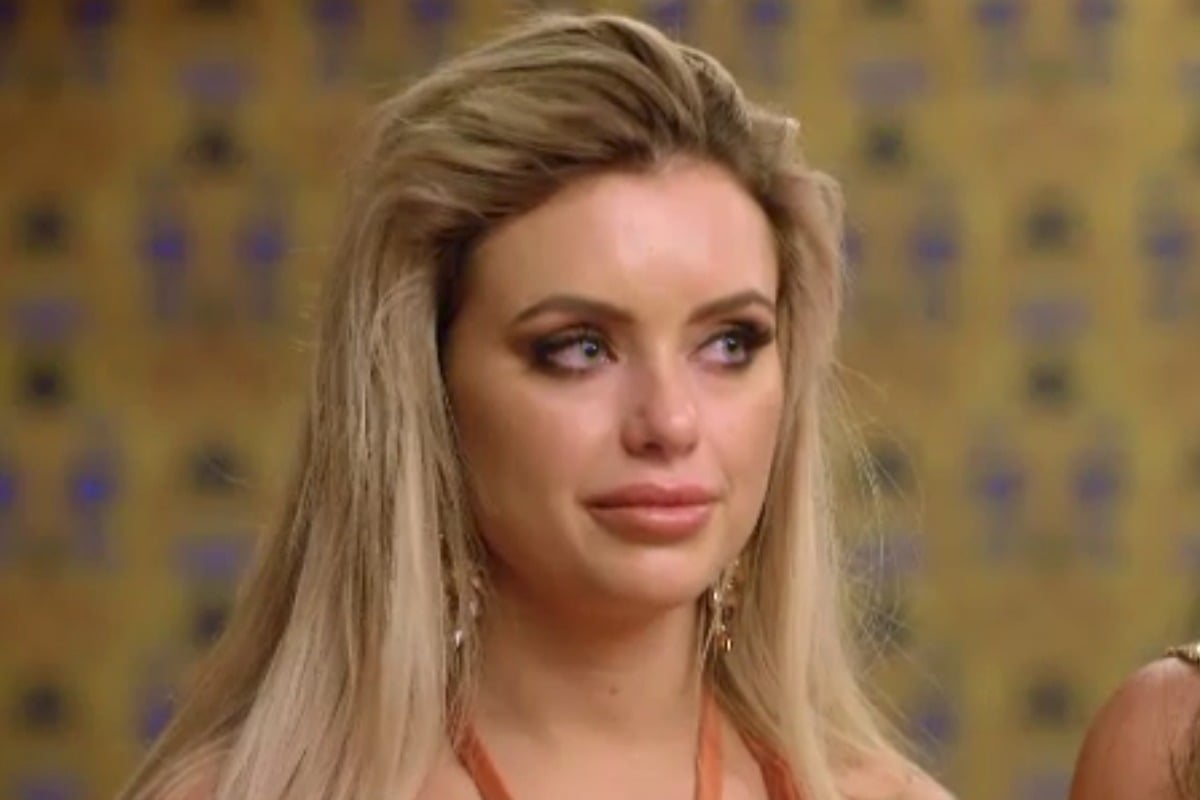 One thing that stuck out to viewers was the approximate 12,000 times Monique mentioned Abbie's age (23) on the show, despite being just three years older.

She laughed at the mention of this, explaining the difference in maturity levels between girls in the house was "mega obvious".

Though there's obviously bad blood between them, Monique said she has reached out to Abbie since leaving the show.

"I reached out to her because obviously this is a hard journey. I said 'Look, no matter what happened in The Bachelor if you ever need someone to talk to or anything like that, it's fine' but since watching it I don't have any plans on being friends with her."

She said she's not fazed by any of the public chat about 'Team Abbie' or 'Team Mon'.

"At the end of the day is what other people think of you is their opinion and they're entitled to that. As long as you know who you are and your friends and family love you, that's all that matters."

How about team neither of those 2? They’re both reprehensible

Spelling Taskmaster a year ago

Ok, going to have a rant here about one of my pet spelling peeves. It is spelt fazed, not phased. Why do 95% of the online articles I read get this wrong?!? It makes me irrationally upset.

Phased - to carry out in phases.
Fazed - disturbed or disconcerted.

So she's not "fazed" about public chat.

Well said - I couldn't phraze it better myself ;o)