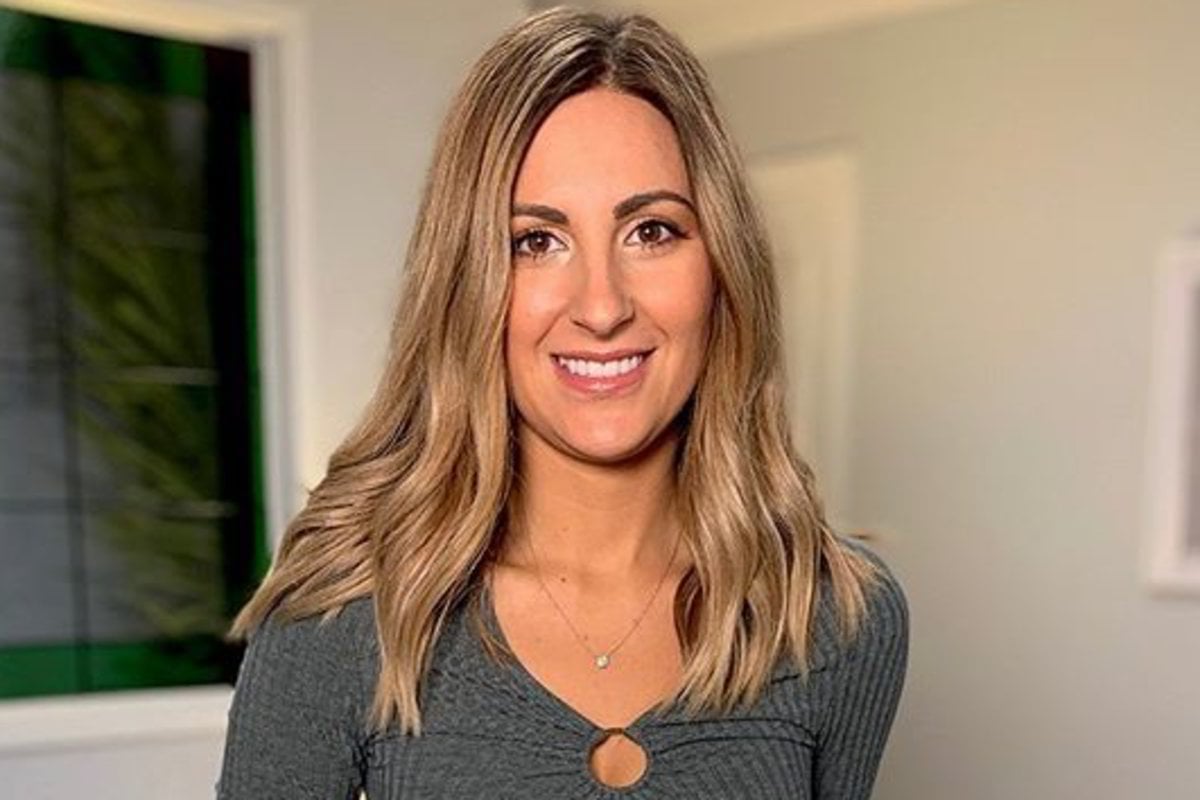 1. "Too good for him." The Bachelor's Irena just hinted Locky has split with the show's winner.

In a very surprising turn of events, it looks like Irena Srbinovska might not end up with Locky Gilbert after all.

On Thursday, The Bachelor frontrunner dropped a not-so-subtle hint that she's no longer with Locky by liking a fan's comment on her Instagram page.

"You’re too good for him tho!!" the fan wrote underneath Irena's photo.

As reported by The Wash, Irena was one of seven people who liked the comment, which suggests that she either didn't win the show or could have split with Locky after filming.

There's also the possibility that she liked the comment by accident or perhaps she did win and is just trying to throw us off the scent. ¯\_(ツ)_/¯

Honestly, there's a lot of ways to take this.

Either way, Irena is still the bookkeeper's pick with both Sportsbet and TAB tipping her as the winner of the show.

There's also a bunch of evidence which suggests she's the one left standing at the end.

2. Angie’s best mate Yvie Jones on what she really thinks of Ciarran and Timm.

Yvie Jones has shared what she really things of Angie Kent's former Bachie contestants Ciarran Stott and Timm Hanly. And she's not exactly a fan.

Speaking to the Daily Mail, the former Googlebox star said she (like the rest of Australia) was taken back by Ciarran's behaviour on Bachelor in Paradise.

"I was a fan of Ciarran, but not now. Oh my God! Oh, what a complete turn around and massive letdown," she told the publication.

"I could not believe what was coming out of his mouth and what he was saying about these women to the camera. I was like, "Do you not think this is going to be aired? Is this who you really are?"

"And it really must be, because he was really going for it. He was being really laddish, and I think that there's a lot of men that think that's okay."

Yvie also explained that she was glad Angie didn't pick Timm on The Bachelorette after seeing how he acted in Paradise.

"Listening to Timm talk about ownership of women, I was like, 'Thank God she didn't choose him,'" she said.

"I think Angie really, really fell for Timm, obviously, to have come second. But as far as I understand, her gut was telling her something was off, even though he presented perfectly."

In the end, Angie of course picked Carlin Sterritt, who she later split with in July this year.

3. Chrissy Teigen on why she HAS to get Botox while pregnant.

Chrissy Teigen shared why she has continued getting Botox throughout her pregnancy and why isn't this reasoning better known?

The 34-year-old took to Twitter over the weekend, explaining that she gets bad pregnancy headaches and neck muscle botox calms the symptoms.

I get really really bad pregnancy headaches. was thrilled to be cleared to do neck muscle botox along with a crazy combo of beta blocker shots and radio wave frequency something something doctor terms. anyhow man it’s just so bad but I see the light finally

A fan responded to her tweet: "More info please!!!!  Not pregnant but going on 3 weeks of a headache that’s presumed to be a migraine not even touched by over the counter meds and only dulled by migraine medications. Looking for another option besides neurology!"

Teigen added: "Jaw Botox for my grinding was a MUST for my regular headaches. You can also do behind the brow for migraines. Life changing."

Whilst approval to receive Botox while pregnant is necessary from doctors, this is a hack we had no idea about and will be definitely be keeping front of mind!

4. Looks like Kelly Rowland and Boy George are being dropped from The Voice.

It looks like international celebs are off the cards for The Voice next season, as Seven takes over production of the hit singing show.

And yes, that means a very sad goodbye to Kelly Rowland and Boy George.

Seven has announced that they will be creating a "more efficient and cost-effective production" than Nine has in the past.

"They are going for local coaches only, which means no more Kelly Rowland or Boy George, or overseas celebrities Zooming in,' an industry source told New Idea.

So far, potential replacements of the coaches have included Jessica Mauboy, Troye Sivan and the Veronicas.

And as cool as those choices are, we miss Kelly and George already.

5. "I've gotta get my sh*t together." Osher Günsberg on what it was like becoming a dad.

It's been just over a year since Osher Günsberg and his wife Audrey Griffen welcomed their son Wolfgang into the world.

At the time, Osher was filming the first season of The Masked Singer when he received a text from his wife that she had gone into labour. After unmasking the winner of the show, Osher drove to the hospital.

"I am in complete awe of my wife. ⁠What I witnessed her do, the power I saw her summon from within her to bring this boy into the world was utterly astonishing," he wrote on Instagram as he introduced his son to the world. 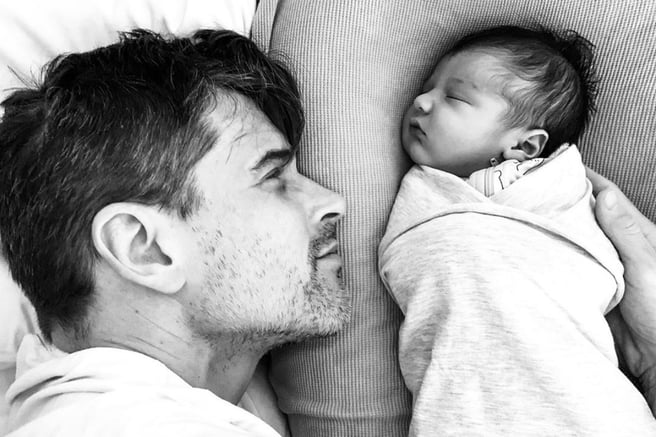 Speaking to the Mamamia Out Loud podcast, Osher explained that becoming a parent for the first time to Wolfgang and a stepfather to Audrey's daughter Georgia, wasn't something he could really prepare for.

"If you wait until you're ready, you'll never be ready you just do it and I promise you, you'll figure it out. Just trust in the knowledge that a gazillion people have done it before you, so every single problem that you think you'll face, someone has already figured it out.

"Honestly, who hasn't held their newborn baby in their arms and going what have I done bringing you into this world?... Every single parent has done that and your know what? We figure it out."

But while Osher didn't prepare himself to become a dad, he did make sure he was as healthy as he could be before his son came into the world. And and the time, that involved going back on medication for his mental health.

"There was a point right before Wolfie was born where Audrey could see that it was all starting to happen for me again as far as my anxiety goes and I was starting to lose grip again.

"And she just took one look at me and said 'I'm going to need you around, go and see your doctor and get back on meds'."

For more on our interview with Osher, read our earlier post here.