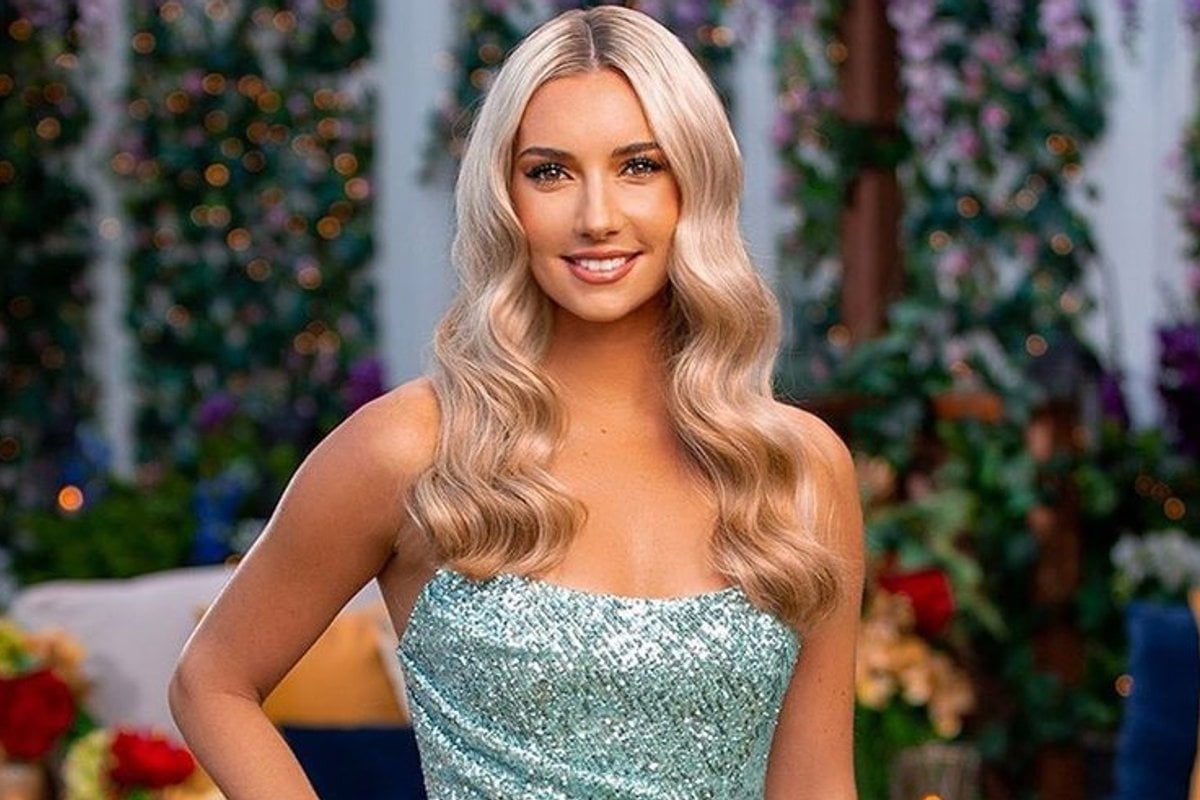 1. "Everything will slowly start to come out." The Bachelor's Bec on Irena and Bella's falling out.

And yes, precisely no one was surprised.

Well, no one except for Izzy Sharman-Firth and Bec Cvilikas.

Speaking to Mamamia on Thursday morning, intruder Bec Cvilikas shared that she was surprised to be sent home after the hometown dates.

"Locky and I had an amazing connection. And there were never any red flags or anything that meant I shouldn’t have expected a rose," she told Mamamia.

"But watching it back from the beginning, I can totally understand why Bella and Irena are in the top two."

Bec entered The Bachelor as an intruder while the rest of the cast were in lockdown. But while she initially met Locky over video call, they quickly developed strong feelings for each other.

"We literally spoke every single day. And that’s something that people unfortunately don’t get to see," the 25-year-old shared.

"Some people were like, 'She just walked in the door. How could she have these feelings for him?' But we spoke every single day on the phone, FaceTime, text, everything. We definitely got to build more of a connection behind the scenes."

Bec, who is now single, kept her frequent conversations with Locky under wraps from the other contestants.

"I didn’t really tell anyone that we were talking that much. It was interesting to find out that he actually wasn’t talking to some of the girls at all," she said.

After entering the mansion for the first time after lockdown, Bec was faced with a whole lot of drama as Bella and Irena's friendship fell apart.

"So much of their drama had stemmed from the time during lockdown, and off camera stuff. But I didn’t know anything about anybody, let alone anything about this drama," she shared.

"I think in time, everything will slowly start to come out and people will be able to put the pieces together but it’s definitely been an emotional time for the both of them.

"I’m definitely Switzerland and I’m obviously very close with Bella. I just tried to be in the middle and I’m glad that I steered clear [of the drama]."

Listen to The Spill, Mamamia's daily entertainment podcast. In this episode, co-hosts Kee Reece and Laura Brodnik discuss Kim Cattrall doubling down on her feud with former Sex And The City co-star Sarah Jessica Parker. Post continues below.

2. Gigi Hadid has given birth to her baby, and yes there’s a picture for you.

Zayn announced the couple had welcomed their first child together in a tweet earlier today.

"Our baby girl is here, healthy and beautiful," he wrote alongside a photo of him holding his daughter's hand.

"The love I feel for this tiny human is beyond my understanding. Grateful to know her, proud to call her mine, and thankful for the life we will have together."

Our baby girl is here, healthy & beautiful🙏🏽❤️to try put into words how i am feeling right now would be an impossible task. The love i feel for this tiny human is beyond my understanding.Grateful to know her, proud to call her mine, & thankful for the life we will have together x pic.twitter.com/nvhfOkk2fw

Gigi also posted a photo of their daughter, who's name is yet to be announced, on Instagram this afternoon.

"Our girl joined us earth-side this weekend and she’s already changed our world. So in love," she captioned the post.

Our girl joined us earth-side this weekend and she’s already changed our world. So in love🥺💕

Congratulations to the couple and their baby!

Hello, Upper East Siders, we have some news for you.

Vanessa Abrams (AKA Jessica Szohr) is expecting her first baby!

The 35-year-old actress shared the news to Instagram on Thursday and wrote, "Full of joy!" alongside a photo of herself and her professional hockey player boyfriend, Brad Richardson.

As Szohr keeps most aspects of her personal life relatively private, we don't know how long she's been dating her partner for. But from what we can see on her Instagram feed, they've been linked since Coachella last year.

This will be their first child.

4. Apparently producers threatened to ban contestants from Bachelor in Paradise for misbehaving.

As you've probably realised by now, many contestants on The Bachelor apply to gain an Instagram following. And more importantly, appear on Bachelor in Paradise the following year (hello, free trip and more airtime).

A post shared by Bachelor In Paradise Australia (@bachelorinparadiseau) on Aug 6, 2020 at 1:00am PD

In an interview with the Daily Mail, an unknown contestant shared that in order to keep contestants from misbehaving, producers threaten their chances of appearing on the spin-off show.

"They said to me: 'If you do this, you might as well rule out any future appearance on any other Warner Bros. show,'" the source said.

"They continually remind you of your signed agreement and ask if you want to return for Bachelor in Paradise."

The source also explained that after you leave the show, the rules become a little less intense.

"We have a bit more freedom once we are get kicked off the show," they added.

But if you post anything they don't approve of, they're allowed to ask for you to remove it.

"If you are caught posting something they don't like, you have to delete it immediately," they added.

They also explained that setting up your own paparazzi photos is also banned.

The Bachelor finale airs tonight at 7.30pm on Channel 10.

5. "I questioned her integrity." The Bachelor's Izzy says Irena actually started the drama with Bella.

On Wednesday night's penultimate episode of The Bachelor, Locky Gilbert chose Bella Varelis and Irena Srbinovska as his final two.

To the audience watching at home, the final two wasn't a surprise... at all.

But there's no denying that fellow contestant Izzy Sharman-Firth seemed a little blindsided to be sent home before the finale. 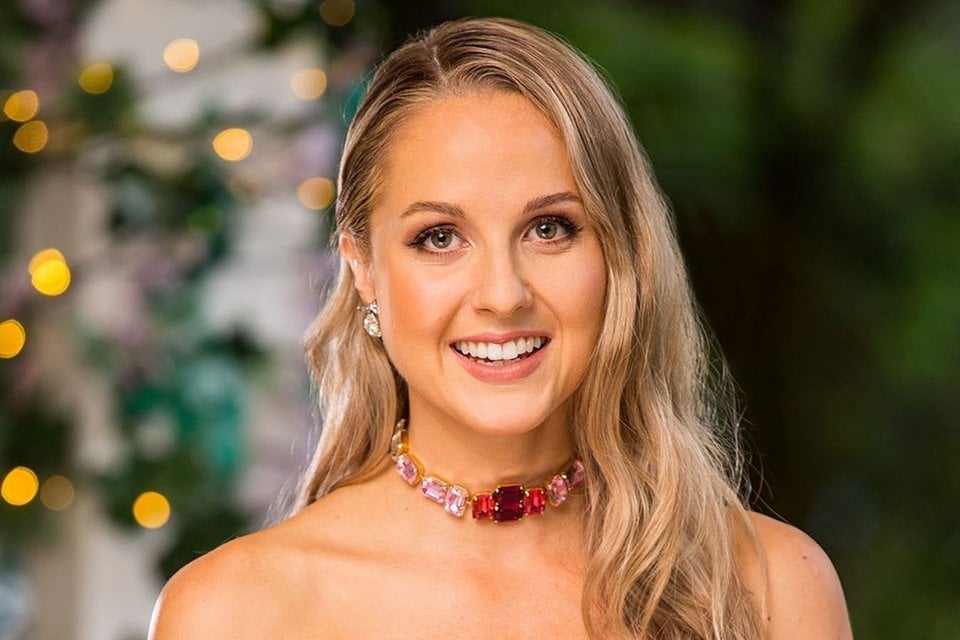 "[At the rose ceremony], I was surprised particularly after what had happened at hometowns and some of the things that we had spoken about," Izzy told Mamamia on Thursday morning.

"We talked about what our lives would look like after the show, and even where we would be living and things like that," she explained.

"He told me he was falling in love with me, and that he felt more like himself with me than he had with anyone else before. And so that made me think that he was genuinely considering if I would be the one."

Locky and Izzy's relationship didn't quite kick off until they were in lockdown.

Outside of the occasional group date and cocktail party, Izzy struggled to find time with Locky in the mansion.

"I think for us, lockdown was a time where he got to see really what I’m like. I was just being my most natural self," the 29-year-old shared.

"We wouldn’t talk constantly [in lockdown]. I think we sent messages now and then, and we had video calls probably every week. But it was good to get to know Locky in that time."

For our full interview with Izzy, read our earlier article here.