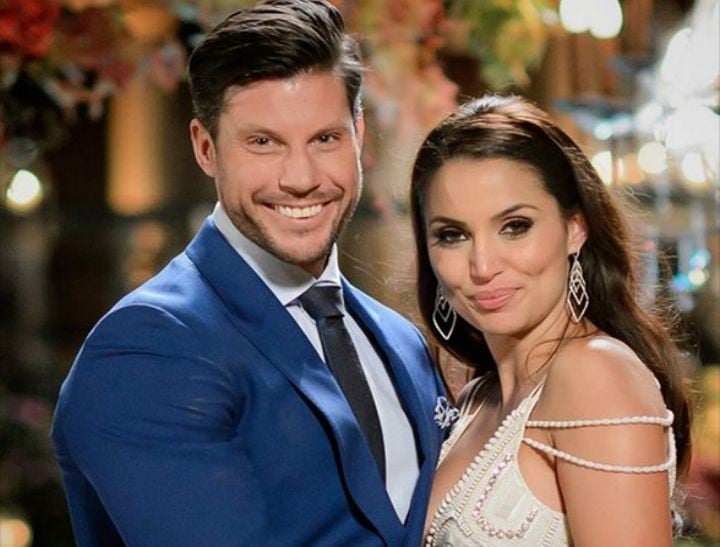 It’s over. And we have so many feelings to unpack.

After eight weeks of sequins and tears, The Bachelor finale has come and gone. And this season, Perth mother-of-one Snezana Makoski was the last bachelorette standing.

As Bachelor Sam Wood declared he was “madly in love” with the Macedonian stunner at the episode’s conclusion, collective cheers could be heard from single mums across the country, while fans from #CampLana figuratively shook their fists at Wood for ‘leading Lana on’.

Others still were just confused about the whole diamond ring situation (proposal? Or promise ring? Also, WHY WAS IT SO BIG?)

If you found yourself on quite the emotional rollercoaster last night, you’re not alone. Here are the six distinct types of reactions The Bachelor fans experienced during the finale:

That’s the phrase that could be heard in living rooms across Australia as Sam broke the news to Lana Jeavons-Fellows that she wasn’t his #1 girl.

Given that Sam had been buttering her up with comments like “I can definitely see a future with you,” his jilting of Lana certainly felt like a plot twist.

Some fans took to social media to blame Sam for leading Lana on:

While others praised the producers for their clever (if slightly sneaky) editing.

NSW Premiser Mike Baird was also surprised by the result. But that may have been because he hasn’t figured out how the show works.

2. Confusion over that ring.

As Wood slipped a $22,000 diamond ring onto Snez’s ring finger, he announced: “I’ve fallen madly in love with you and I want to spend the rest of my life with you.”

Snez may not have asked any questions about that bold declaration, but viewers across the country practically hyperventilated as they tried to figure out what the ring symbolised.

Others commented that the ring wasn’t quite to their tastes.

In all fairness, it was on the, er, bulkier end of the ring spectrum.

Once viewers got over the surprise result, they mostly welcomed Wood’s choice of Snezana — who, along with Heather Maltman, had become a firm audience favourite throughout the season.


As Chrissie Swan pointed out, Snez is also really, really, ridiculously good looking — which may have factored into Wood’s decision.

Oh, and there were parmiagana jokes aplenty, of course.

Among #TeamSnez were the single mums of Australia, who praised Wood for his kind treatment of Snezana’s daughter Eve.

5. Suspicion over whether it’ll be “happily ever after”.

Others questioned how the happy couple would fare in the real world, left to date without a helicopter or yacht in sight.

Given The Bachelor Australia‘s previous relationship success rate of 100 percent, there’s certainly a lot of pressure on the pair to make it work…

We’re so happy for you — until we remember we’ll have to wait another year for the next season.

Quick, look at some Bachelor “top three” moments before you get all nostalgic:

What did you think of the finale?

Don't think she's hot or interesting. Don't get it. All she does is laugh at not funny things while covering her mouth. #teamLana