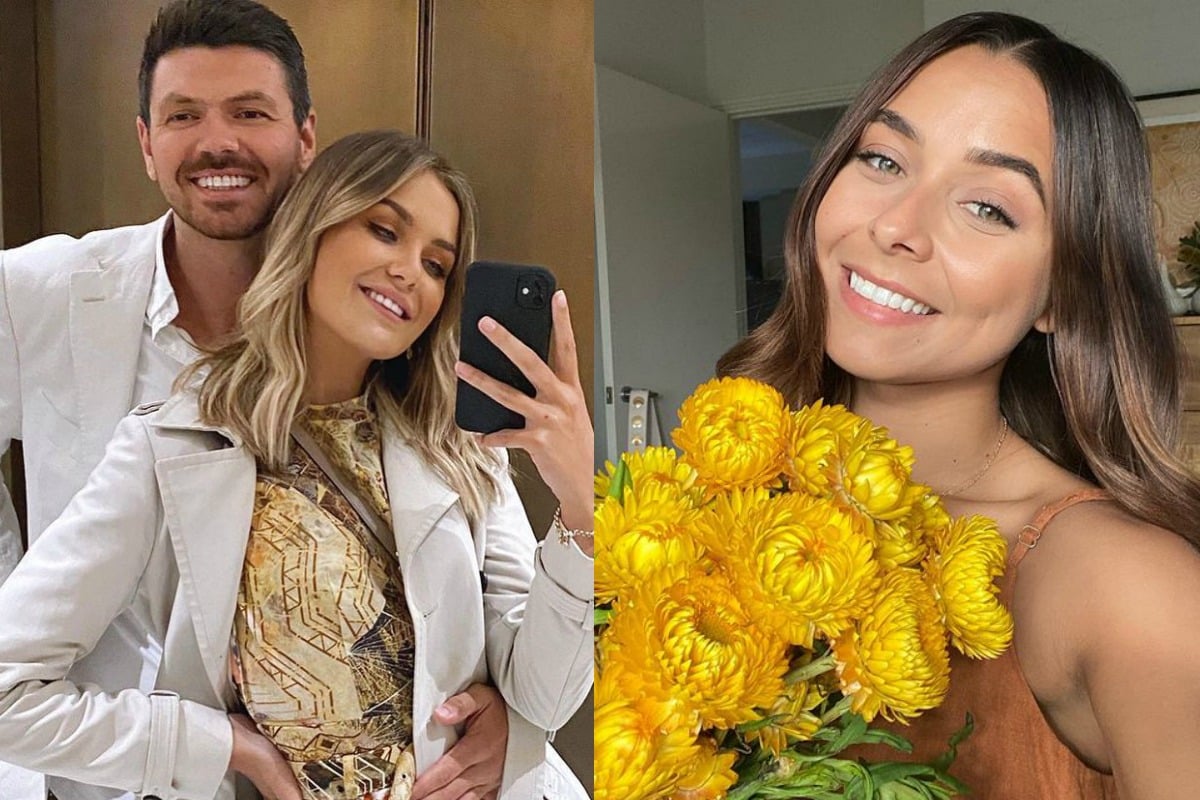 Seven years ago we tuned in to the first season of The Bachelor Australia to watch a bunch of strangers fall in love on national TV.

Since then, the show has bought us endless rose ceremonies, Osher, a dirty street pie, a dog c*nt scandal, a badger and of course, and a whole lot of drama.

But while The Bachelor might not have the best track record for lasting relationships, the show has introduced us to a bunch of Aussie singles, who have gone to become regular faces on reality TV (and our Instagram feeds).

So with reality TV winding down for the year, we decided to take a look back at what some of our favorite contestants are doing now.

Here's where 11 of the most memorable contestants are now.

Sophie Tieman - Nick Cummins aka The Honey Badger's season of The Bachelor. 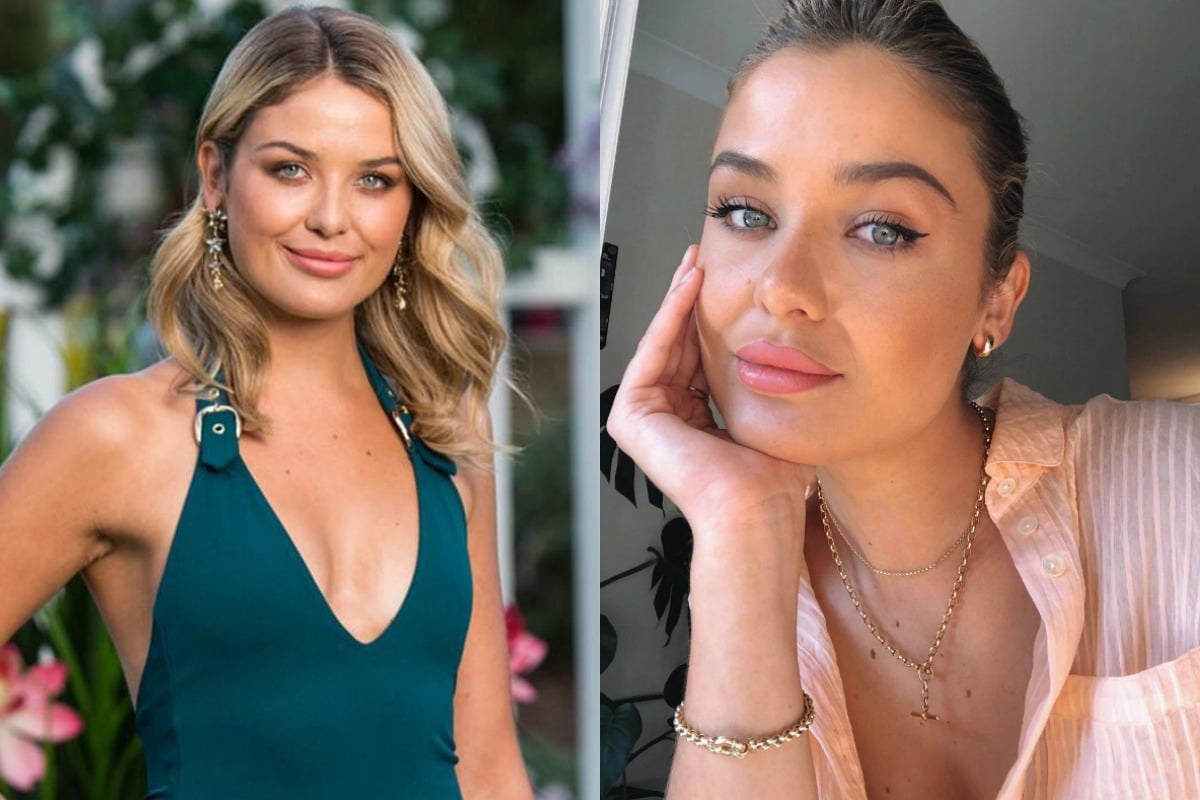 You'll no doubt remember Sophie Tieman from Nick Cummins' season of The Bachelor back in 2018. Sophie made it to the final two alongside Brittany Hockley when Nick infamously decided to choose... no one.

Two years later, Sophie has finally got the happy ending she deserves.

On Sunday, the 27-year-old announced that she's engaged to her boyfriend Joe on Instagram. And we couldn't be happier for her.

"I spy with my little eye... It’s a yes to forever," she captioned the post.

The couple first shared they were dating in March 2019 but have kept their relationship pretty private ever since.

After appearing on The Bachelor, Sophie returned to her day job as a commercial property valuer.

"Once the show was done, I never thought twice about what do I do moving forward. It was just, "Okay, back to work I go," she told The Daily Telegraph.

"It wasn't until later I realised other people were applying for the next show and pitching themselves out. It just never crossed my mind."

Brittany Hockley - Nick Cummins aka The Honey Badger's season of The Bachelor. 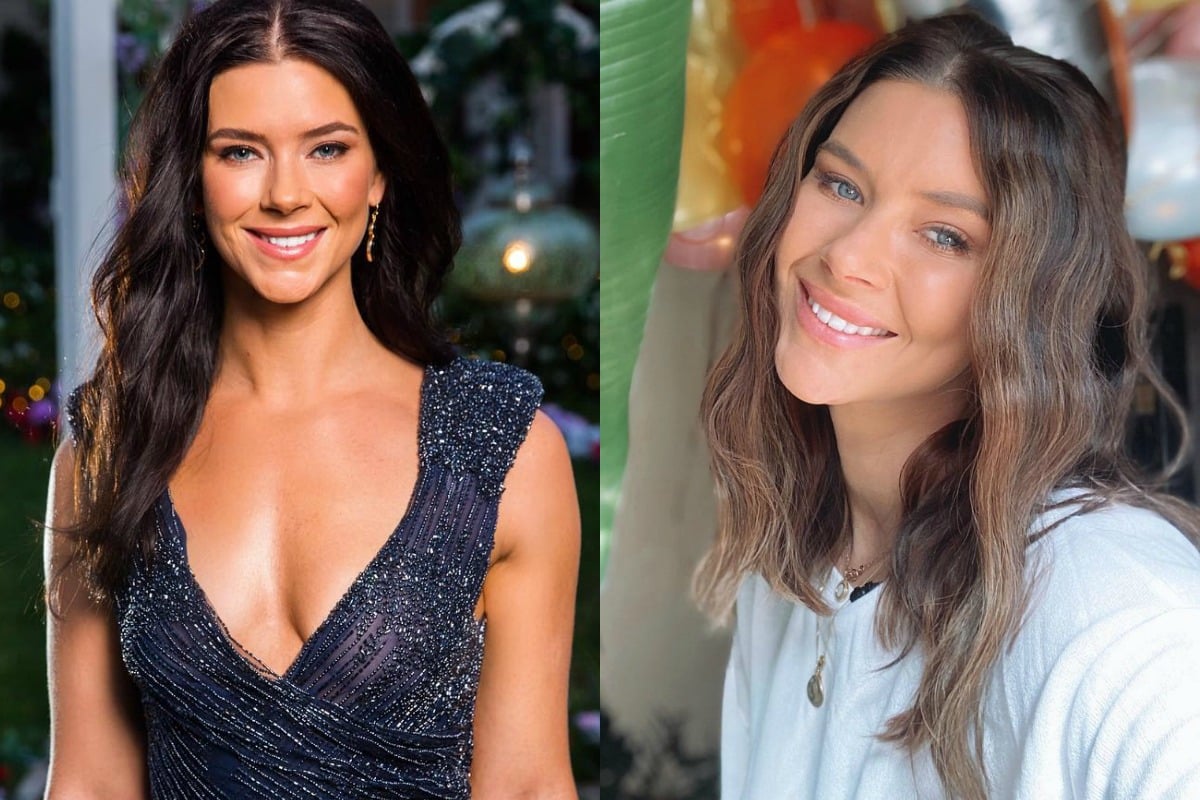 After making it to the final two on The Bachelor, Brittany Hockley has continued to grace our screens.

Earlier this year, she appeared on Bachelor in Paradise where she hit it off with Timm Hanly, who she later split with shortly after the show.

Outside of reality TV, the 32-year-old has kept herself busy hosting her Life Uncut podcast, alongside fellow Bachie alum Laura Byrne.

Brittany is also an actor and is set to appear in her first feature film, Malibu Crush, directed by James Pratt.

"I’ve been studying acting as a hobby and passion for years, but I’ve never properly pursued it… until now," she told the Daily Mail last year.

Brittany also works as an emergency radiographer, after studying a Bachelor of Medical Radiation Science specialising in Diagnostic Radiography. She has spent over 10 years in busy hospitals around the world and has worked on the frontline during the pandemic. Speaking to Mamamia in March, Brittany explained she works alongside her sister, Sheridan, every day.

Brooke Blurton - Nick Cummins aka The Honey Badger's season of The Bachelor. 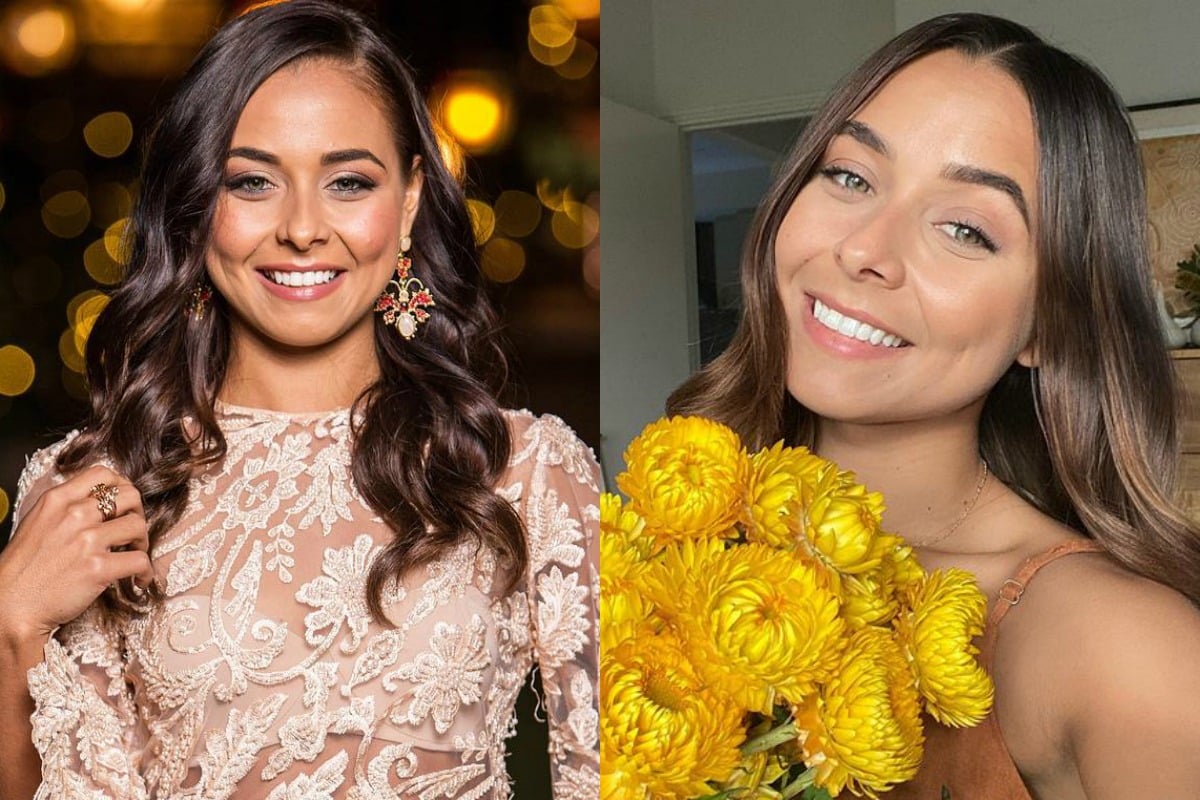 Brooke Blurton is another fan favorite to come out of Nick Cummins' season of The Bachelor.

A year after leaving the mansion, the 25-year-old proud Noongar/Yamatji woman returned to our screens for season two of Bachelor in Paradise. During her time on the show, Brooke had a brief fling with former Bachie winner Alex Nation, but ended up leaving the series within the first two weeks.

Since then, Brooke has been using her platform for good, sharing messages about her Indigenous culture on Instagram and encouraging young Indigenous women to embrace their identity. She's also started hosting the Western Australian NRL's Indigenous Round on NITV.

In September, Brooke shared that she's interested in being the next Bachelorette if she was offered it..

"Look, there was no offer made, but I wouldn’t say that I’m not open to it," Brooke told The Babble podcast when asked if she would take on the role.

However, Brooke said she's worried Australia's not ready for a bi-sexual Bachelorette.

"Um, there was kind of talk and speculation about certain things, and recently on a podcast, they were saying that I had to grow my followers in order to be the Bachelorette, but I don’t think that was necessarily the case. I don’t know, I’d be very open to it. I’m a little bit different in the sense that I date both sexes and whether Channel Ten and Warner Brothers would be up to a sort-of bi-Bachelorette, I don’t know what they would that look like or if Australia would be ready for that."

We for one, would love to see Brooke as our next Bachelorette. Here's why. 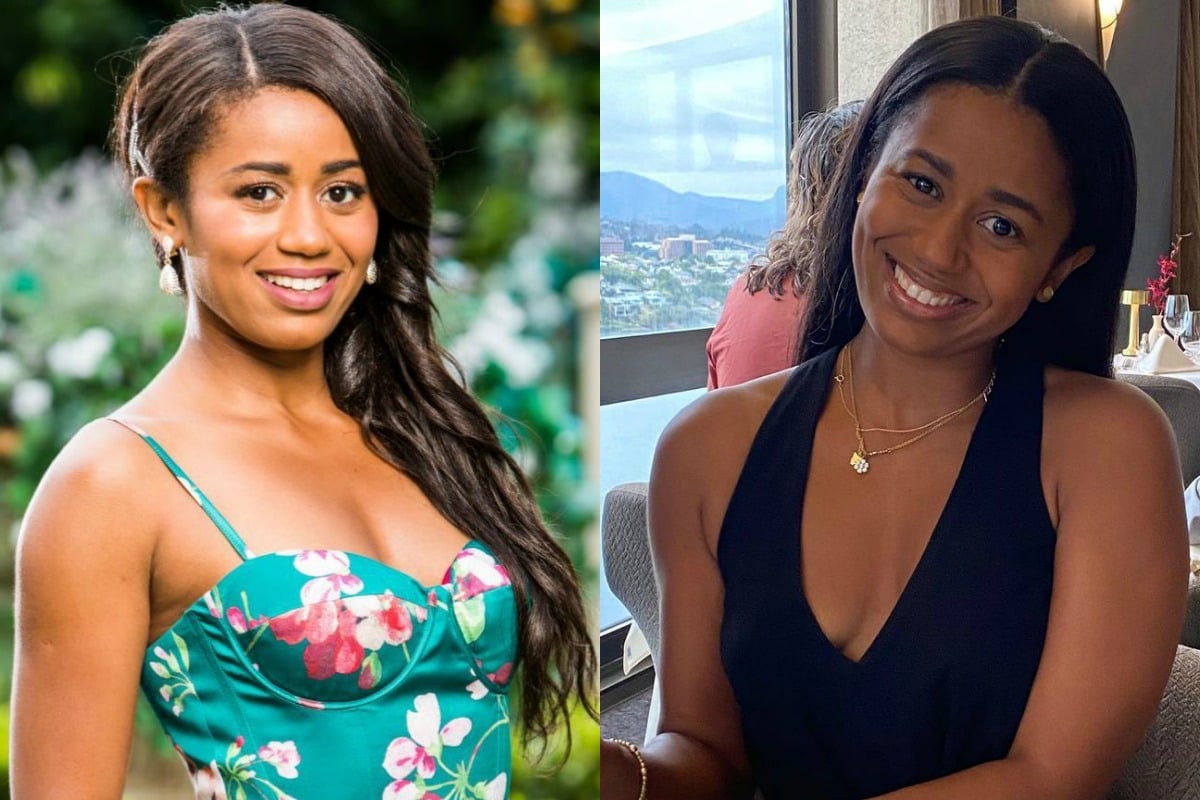 Mary Viturino quickly became a fan favourite on Matt Agnew’s season of The Bachelor, thanks to her hilarious commentary.

It was a talent she put to use again during the latest season of Bachelor in Paradise, where she met her now partner, Conor Canning.

The couple, who are currently living in Tasmania together, announced they are expecting their first child together in October.

"I know I haven’t been active lately, so I’m happy to finally be able to share the news that Conor and I are having a baby next year," Mary wrote on Instagram.

Mary also has a six-year-old daughter named Chanel from a previous relationship. 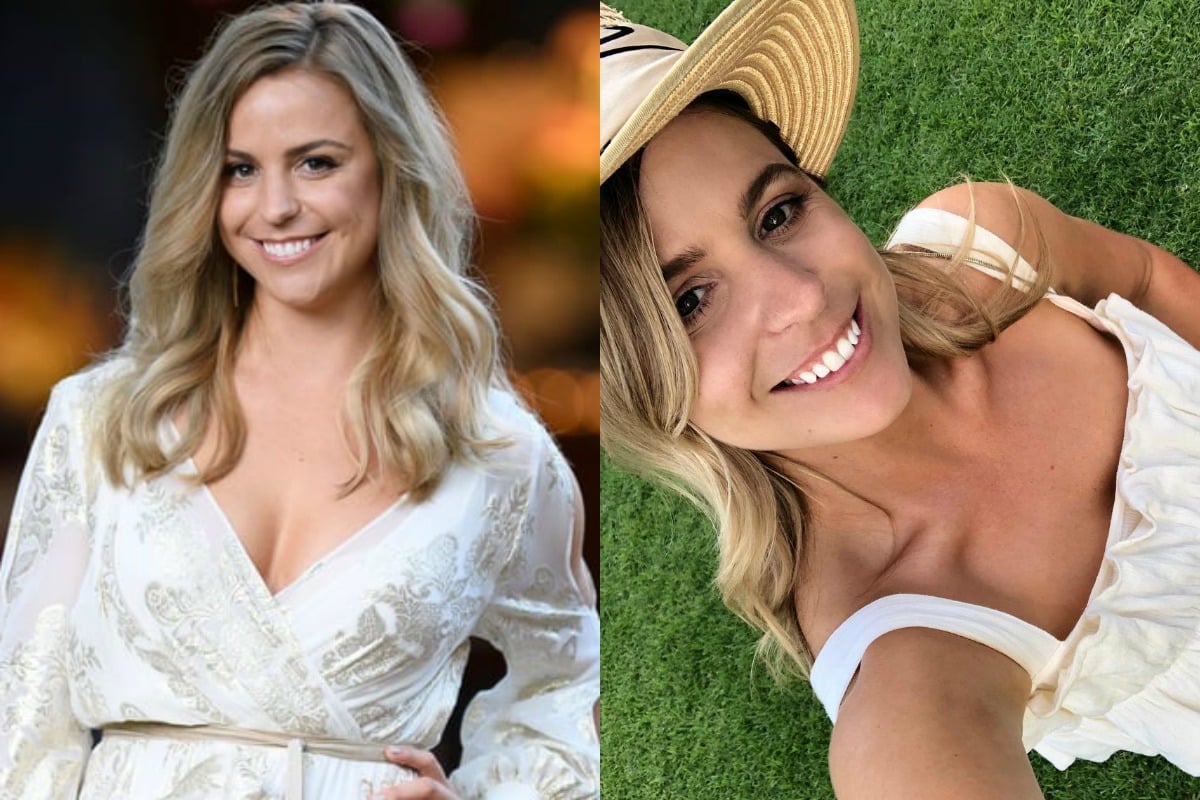 Elise Stacy was the runner-up of Matty J's season of The Bachelor back in 2017.

After the finale aired, Elise told TV Week that she knew Matty wasn’t going to choose her because she could tell no one had walked down the footpath before her.

"I’d never felt more alone in that moment," she told the publication. "I thought I’d met the love of my life."

"He made me feel like there were really strong feelings there so I do feel betrayed."

Three years later, Elise is now engaged to her boyfriend Justin Kosmina, who she's been dating since 2018.

The former Bachie contestant shared the exciting news on Instagram in November, sharing a photo of her and Justin while wearing her engagement ring.

She captioned the post "siempre", the Spanish word for always. 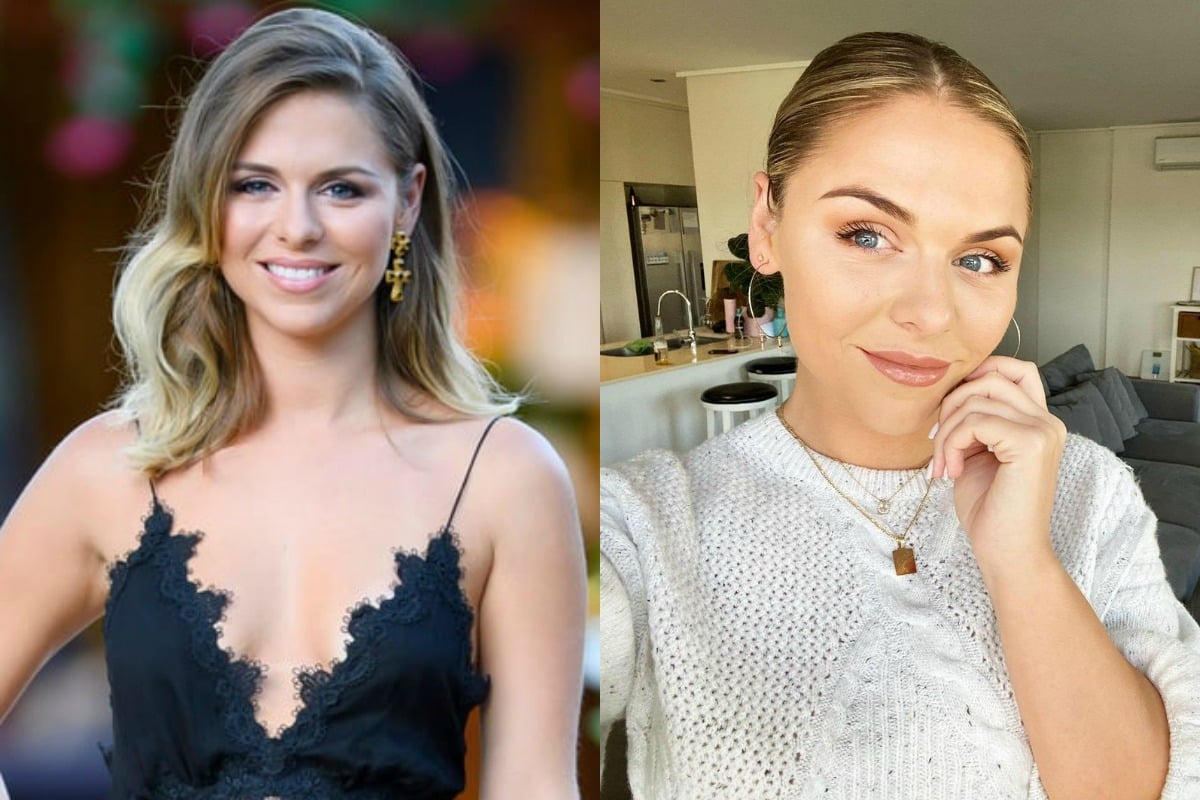 Fans were sad to see Tara Pavlovic sent home on Matty J's season of The Bachelor.

The following year, Tara joined season one of Bachelor in Paradise, where she got engaged to Sam Cochrane from Sophie Monk’s season of The Bachelorette. But just months after the proposal aired, the couple split in a highly-publicised and messy breakup.

In September last year, Tara announced she was engaged to her partner Nick Shepherdson, who she had known for 10 years before they pursued a romantic relationship. The couple's wedding plans ended up getting postponed due to COVID-19, but they eventually the knot in September this year.

"25th of September, 2020. The day I married my best friend," Tara wrote on Instagram, alongside the couple's very cute wedding video.

A month later, Tara and Nick announced they are expecting their first child together.

"Nick and I are so excited to finally share that we are expecting a little baby BOY in May 2021," Tara wrote on Instagram. 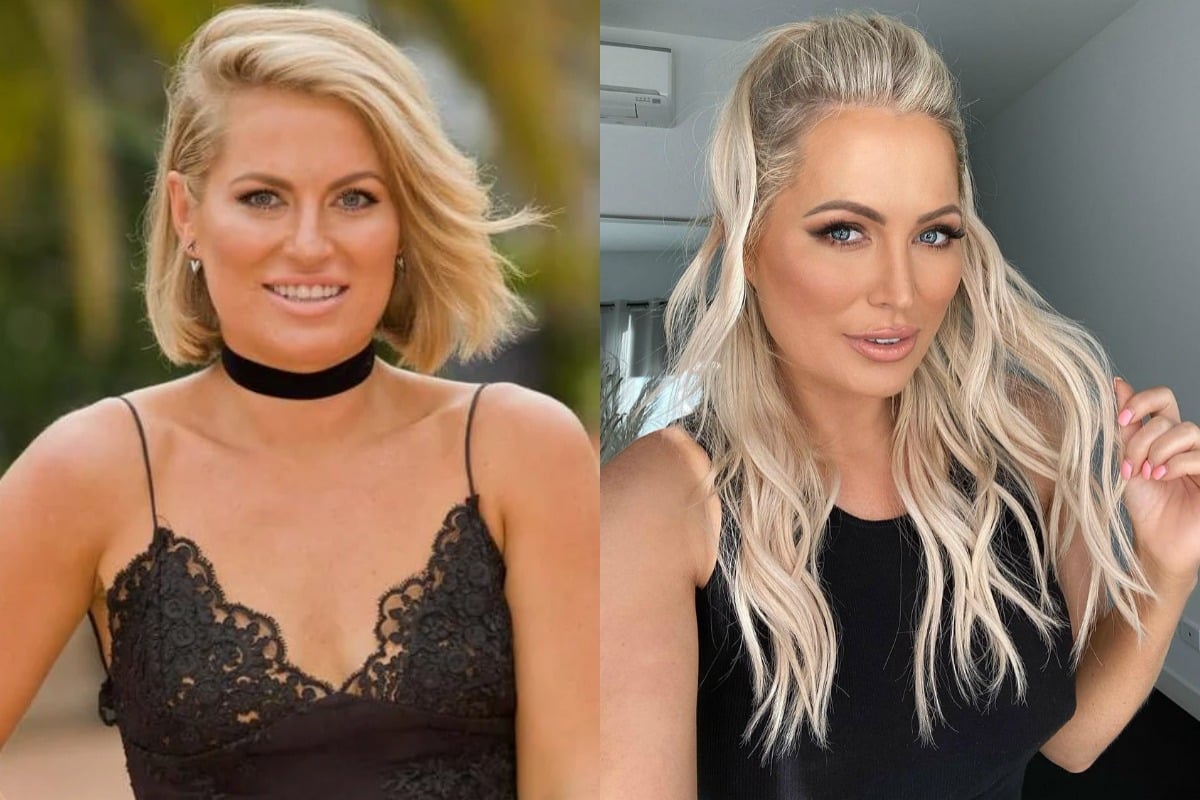 Keira Maguire continued to make a name for herself after appearing on Richie Strahan's season of The Bachelor in 2016.

Back then, the 34-year-old was edited as 'the villain' of the season, and was later eliminated from the show ahead of a rose ceremony.

The following year, Keira joined I’m A Celebrity… Get Me Out of Here, swapping life in The Bachelor mansion for life in the African jungle. Unfortunately, Keira didn't make it very far in the competition and ended up being the fifth person eliminated.

In 2018 she returned to the Bachie franchise for the first season of Bachelor in Paradise, where he won the heart of Jarrod Woodgate from Sophie Monk's season of The Bachelorette. The pair dated on and off for over a year before calling it quits. She also appeared on the latest season of Paradise but ended up leaving the show before the finale.

Keira is now in a relationship with Love Island star Matt Zukowski, who she confirmed she was dating in July this year. 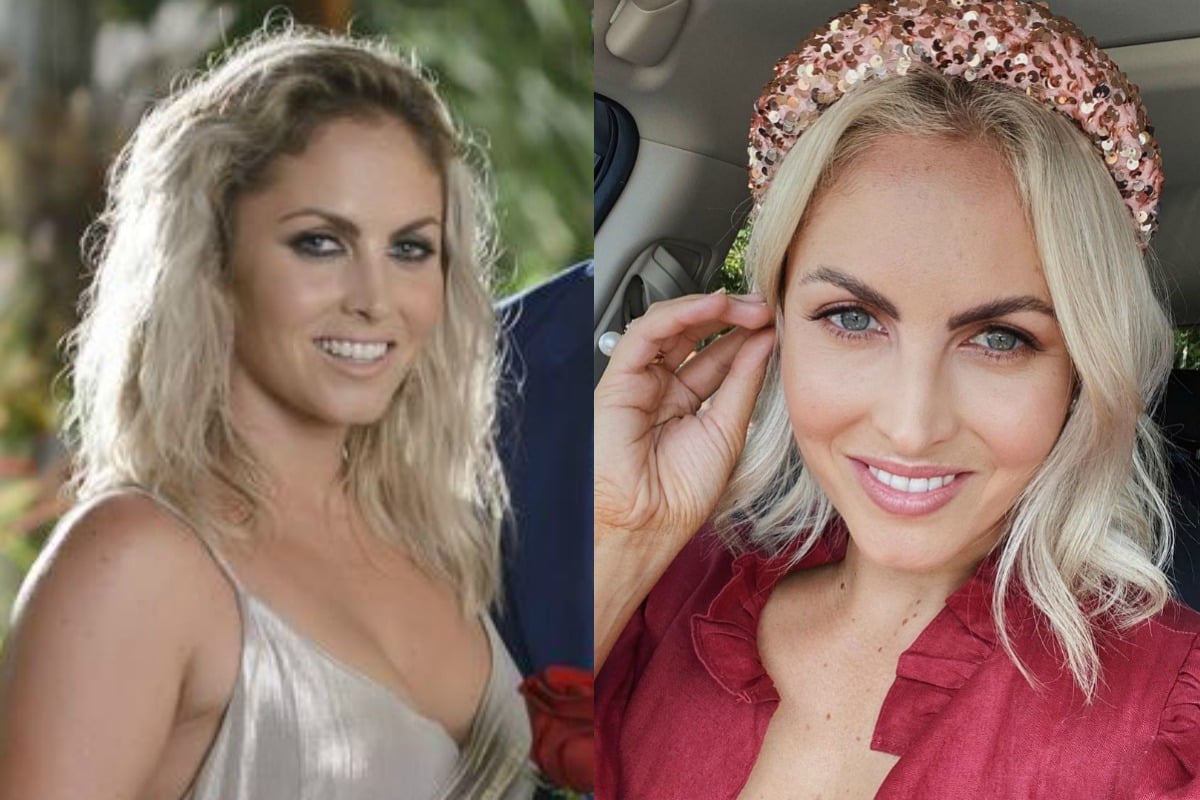 Our hearts broke when Nikki Gogan was sent home from The Bachelor mansion in 2016.

Nikki made it to the final of Richie Strahan's season but ended up being sent home when Richie chose Alex Nation. The winning pair later split after the show.

Following the controversial finale, Nikki explained how it felt to watch the episode back with her sister, Dani.

"I had all the emotions. The tears were flowing. I can laugh about it as well, but it’s still raw," she told Who magazine at the time.

“I wanted to do forever with this guy,” she said, adding of Richie’s relationship with Alex, “I need them to work”.

The Perth real estate agent is now in a relationship with her boyfriend Bill Coe. And based on her Instagram photo, the couple look very happy together. 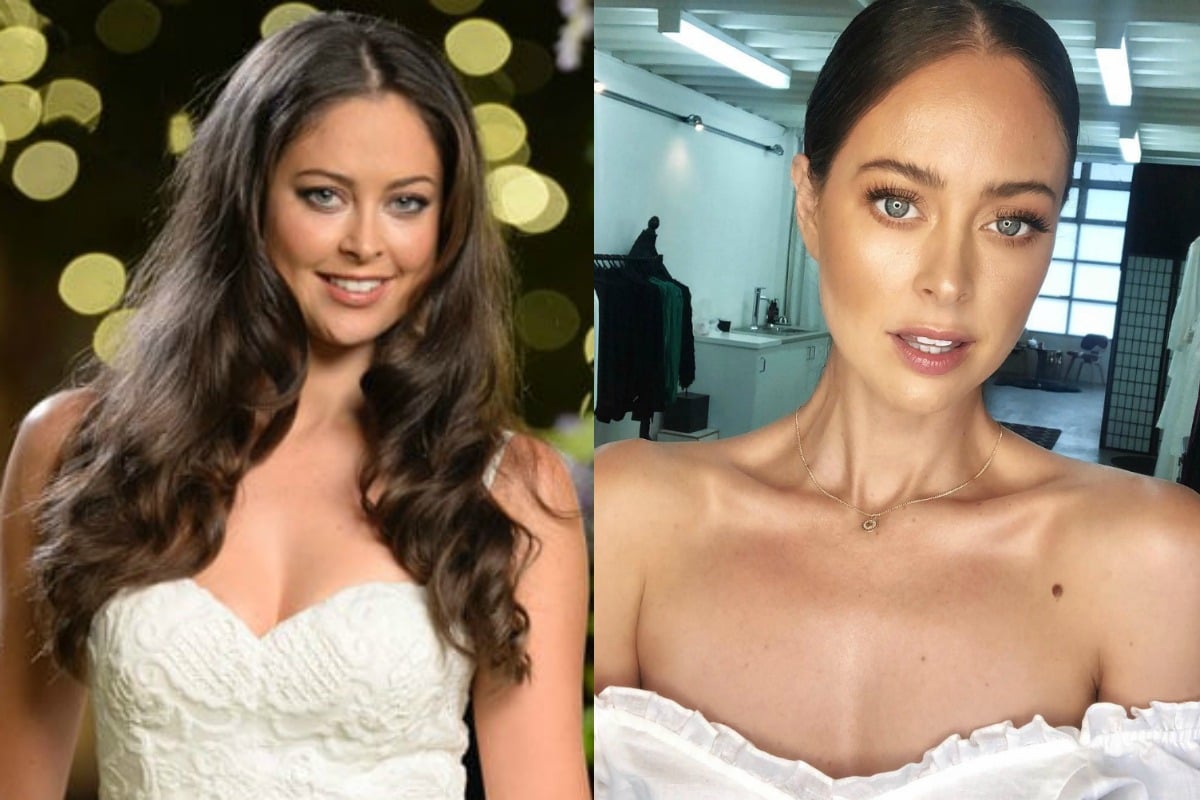 While she made it to the final two, Sam ended up choosing his now-wife Snezana Markoski.

Lana later told The Daily Telegraph that she struggled after the show.

"After the show I was going out a lot, drinking a lot with girlfriends and that can get you into a negative headspace," she told the publication in 2017.

These days, Lana looks to be living her best life. And her Instagram will make you wish you were on holidays. 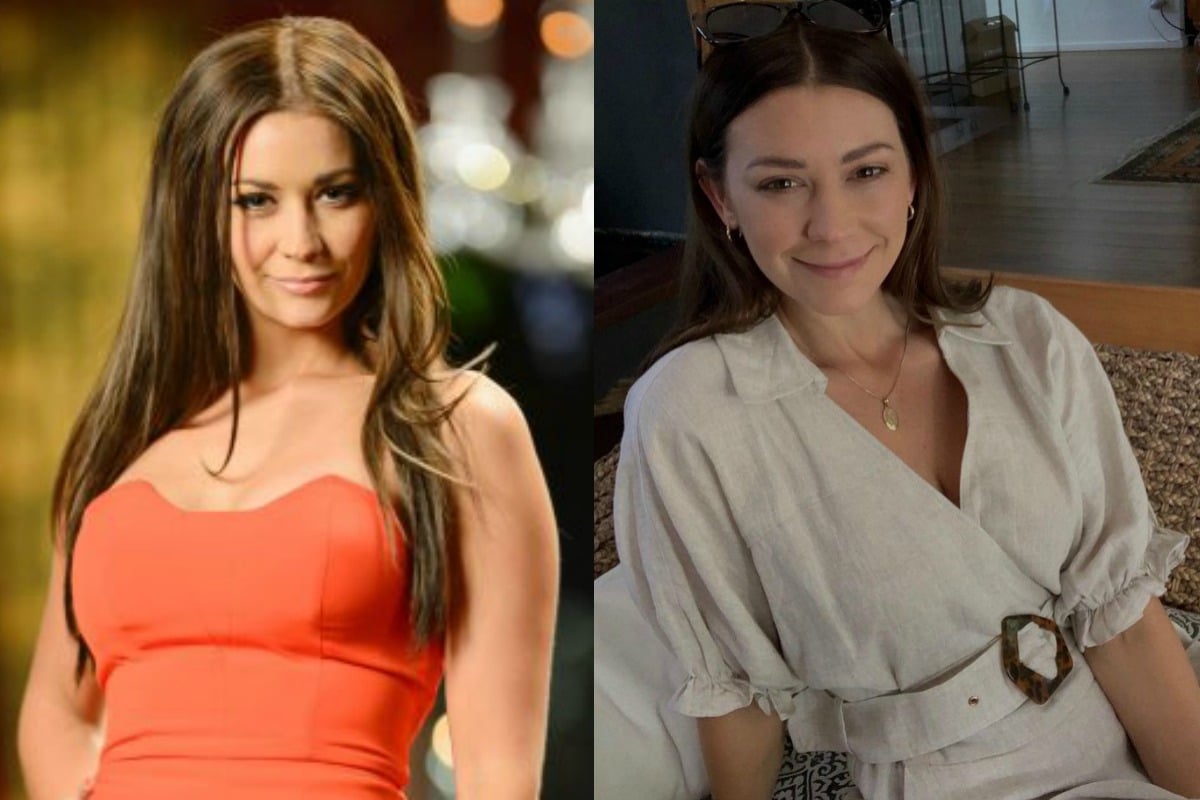 Lisa Hyde first appeared on The Bachelor back in 2014 on Blake Garvey's season. Four years later she joined the first season of Bachelor In Paradise where formed a connection with Luke McLeod from Sophie Monk's season of The Bachelorette.

The couple decided to leave the show to focus on their relationship, but they ended up breaking up shortly after following rumours that Luke cheated.

"Unfortunately the trust was lost, and I respect myself a little bit too much to let somebody walk all over me like that, so we separated," Lisa later told Now To Love.

But everything ended up working out for the best because Lisa is now a mum to her baby daughter Myja-Jae, who she shares with her partner Damon Collina. She's also the founder of Shevoke Eyewear. 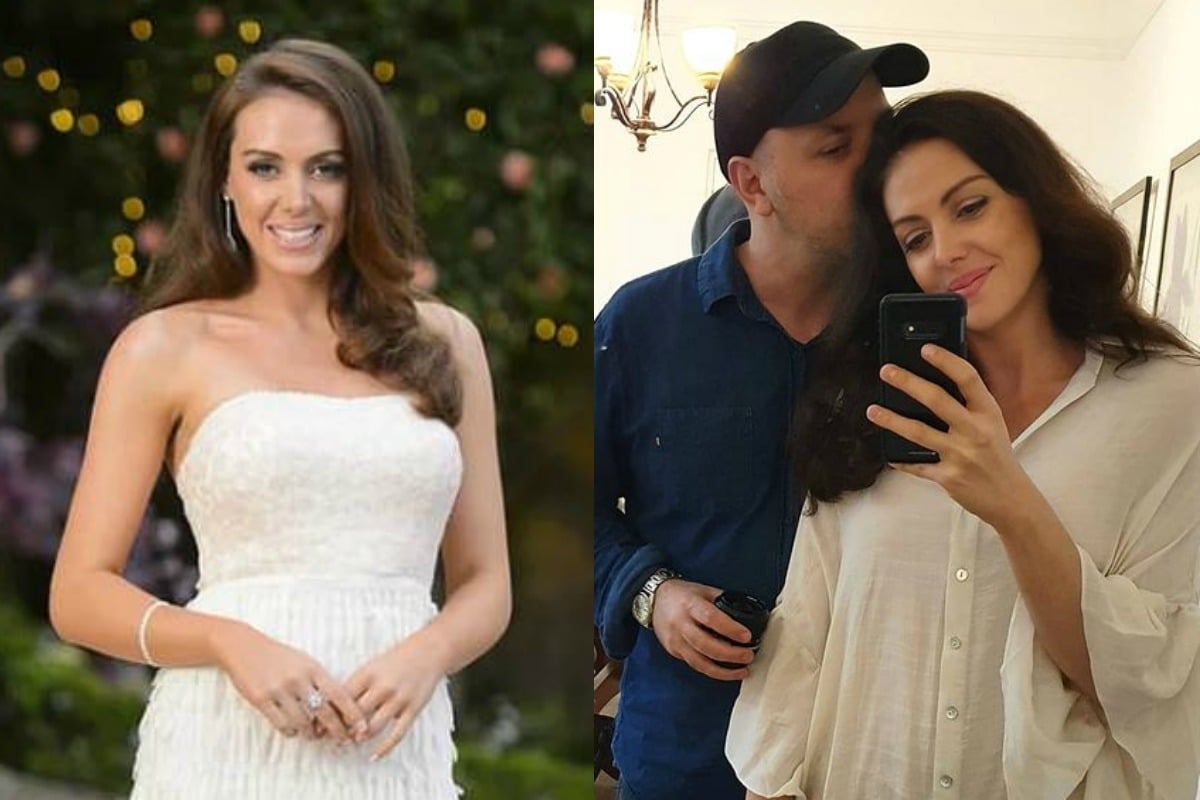 Rochelle Emanuel-Smith was the runner-up on the very first season of The Bachelor in 2013.

"It's super exciting," she told Woman's Day after Tim proposed to Anna.

"There will always be a mutual respect and support there between the three of us."

Rochelle is now an actor and recently studied at the prestigious Western Australian Academy of Performing Arts (WAAPA).

Seven years on, Rochelle, who appears to be in a new relationship, said she still gets recognised from her time on The Bachelor.

"It’s so funny because I will be fully certain it’s gone — it’s six years on now — but once in a blue moon, someone will come up to me and remember the whole thing like it was yesterday," she told AAA Weekend last year.

"I think that’s how reality TV affects people; they relate to you, and then you’re an unforgettable face. But you know what, I am glad I waited to come to WAAPA many years since then, because I wouldn’t have liked to be 'Rochelle off The Bachelor' at a place like this."