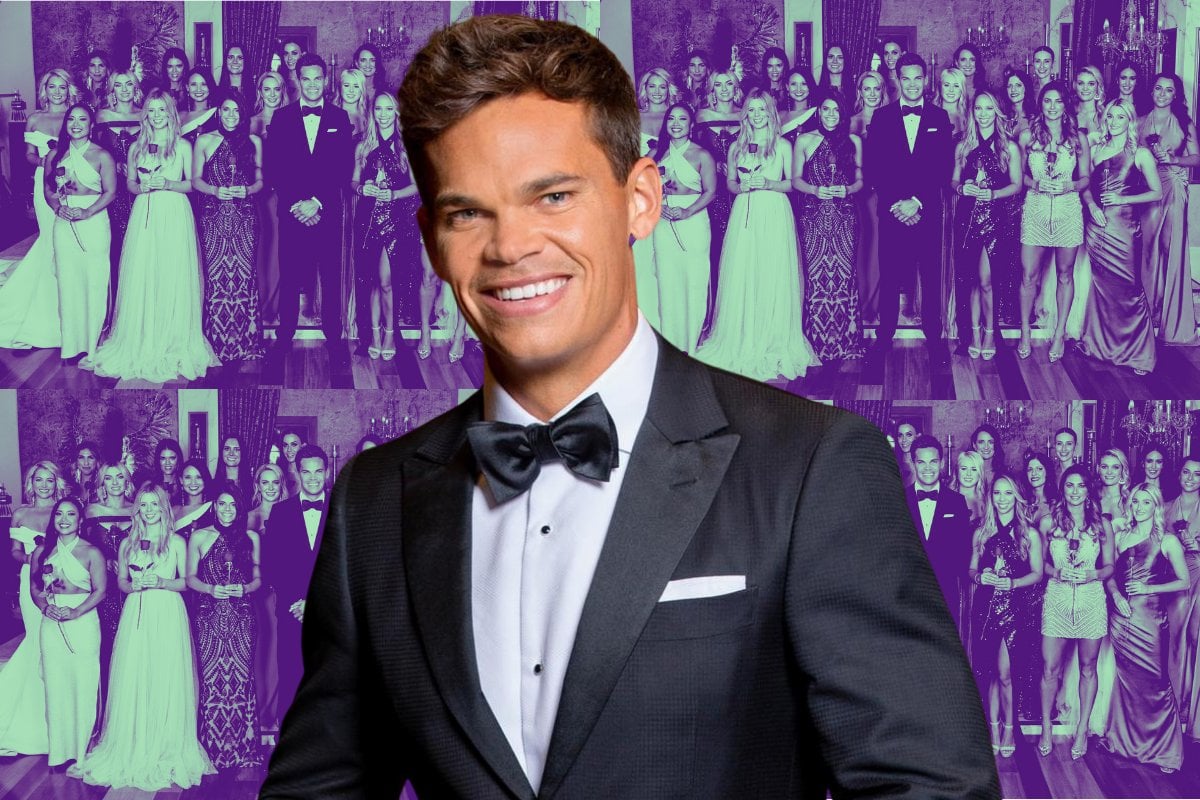 It's a cliche often trotted out during a breakup to soften the blow.

It's the dumper's attempt to lessen the burden on the dumpee. An easy, succinct way of saying you did nothing wrong, there's nothing intrinsically damaged about you, it's just that I've changed. I want different things now.

Sometimes it's true. Often it's not.

But in the case of the Australian public's breakup with The Bachelor it's 100 per cent accurate.

You see, The Bachelor hasn't changed. We have.

Watch the trailer for The Bachelor 2021. Post continues below.

When Channel Ten first announced Jimmy Nicholson as this year's Bachelor, there was a frisson of excitement amongst those of us who partake in the hobby of watching a bunch of women compete for the affection of a man on a TV show.

We've been watching this show for almost 10 years now and it's well-entrenched in Australian pop culture. It's one of the very few 'appointment TV shows' left.

For many years it has brought people together. In their best friend's living room. On Twitter. In the group chat. At the office 'water cooler' the next day.

And yes, the audience is overwhelmingly women.

The Bachelor offered women a little mid-week escape from their office jobs, the juggle of looking after kids and ageing parents, and all the rest of the bullsh*t that comes from just getting through daily life.

It was like a familiar, comforting blanket we could snuggle up to two nights a week.

By the third or fourth season, we knew the format off by heart.

During the first episode, we could spot the 'wifeys' from the 'villains' and the women who were put in the mansion with the sole purpose of giving us a few giggles for the first couple of episodes.

We knew the kind of man who was going to be the Bachelor and the kind of woman he would choose at the end.

We bloody loved the formula. A fairytale romance like the ones we grew up watching on rom-coms, fed to us in real time, with a sprinkling of gossip and drama? Yes, please.

In its heyday, The Bachelor wasn't just good; it was the stuff TV dreams are made of.

Channel Ten was holding onto the golden goose of TV - a show that not only was everyone watching, but they were talking about it. And wanting more.

Soon The Bachelorette was introduced. And then Bachelor in Paradise.

It seemed like the Australian public couldn't get enough of the franchise.

And then something happened. Ratings started to drop. The finale episode no longer held us in suspense.

The magic was gone. The office water coolers grew eerily silent (dramatic I know, but stick with me).

But the formula is still there.

Jimmy Nicholson has exactly the sort of outdoorsy good looks we've become accustomed to from our bachelors. He reeks of wealth and fame and a future filled with jet-skis and long drives in the country.

During the premiere episode, we were served up some of the best personalities the series has ever seen.

Sierah and Steph were brilliant villains. Narrating their own downfalls and giving us one-liners that would have firmly made their way into the lexicon if anyone was watching the show.

Laura was laugh out loud funny.

Holly, Brooke and Jay were already primed for the final week of roses.

The first few weeks gave us the group photoshoot, romantic one-on-one dates, and plenty of drama at the cocktail parties, the kind of drama that should have had us reaching for Twitter or the group text.

The Bachelor hasn't changed. We have.

We're watching TV differently. We're consuming content 24 hours a day on TikTok and Instagram. We've seen so much reality TV that nothing much surprises us anymore.

We've seen a woman throw a fruit bowl across a room and a man rub a woman's toothbrush in a toilet bowl. We've lived through The Great Farmer Wants A Wife Pregnancy Scandal Of 2021 and there's no going back from that.

We're products of our constantly connected society and we're continually looking for the next big thing. The new thing. The shiny new toy.

The Bachelor once felt like a comforting, familiar blanket. But now it feels like an old boyfriend or school friend we've lost touch with.

Reply
Upvote
It could also be the times we're living in too. A bit of escapism is good but this might seem too stupid to tolerate in such a serious time. I'm escaping more with great comedies than reality TV lately.
C
cat 9 months ago