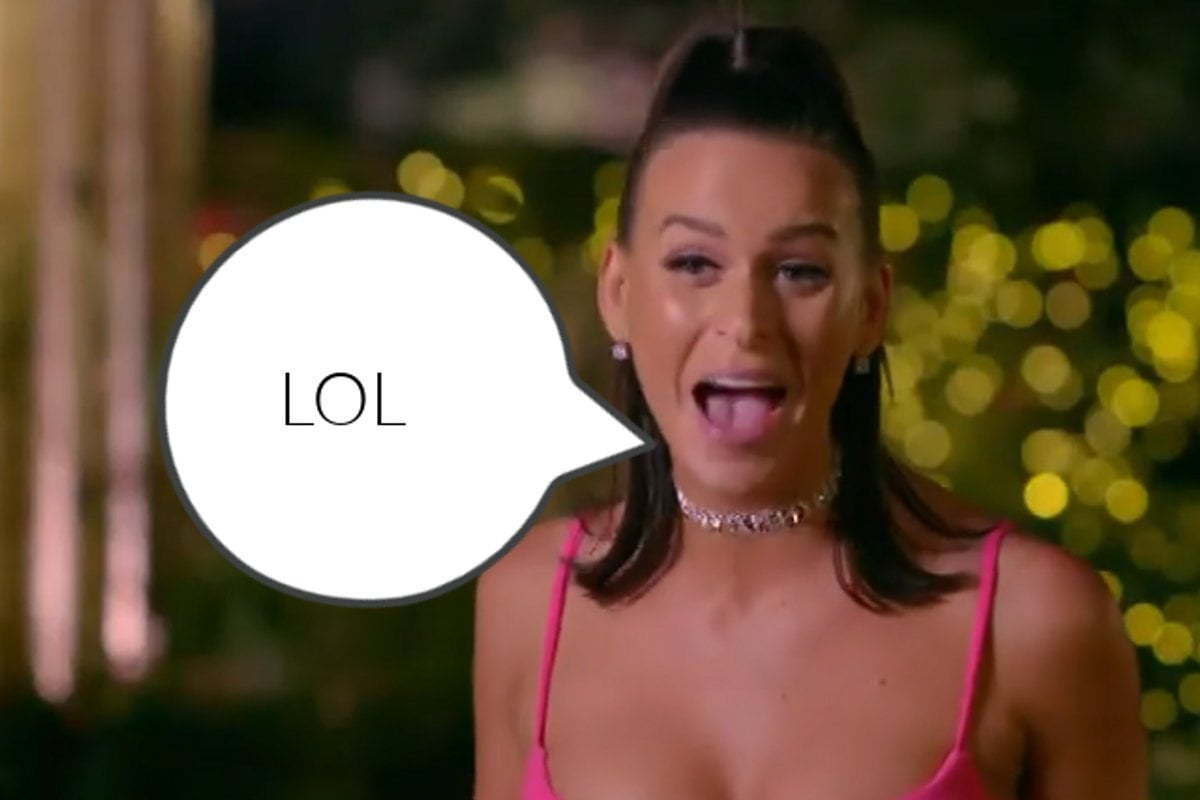 We open on the women remembering that time Laura climbed a tree at the cocktail party and then made a series of mating calls.

A helicopter starts circling the mansion and dear god, I am sick of things that... fly on this show.

The women scream and wave and run out of the front door of the mansion.

Is it a bird? Is it a plane? No, it's a man whose entire personality is based on the fact he knows how to fly a plane.

The women get sprayed with water from the fountain as Jimothy lands the helicopter and look it's a cheap laugh, but I'll take it. 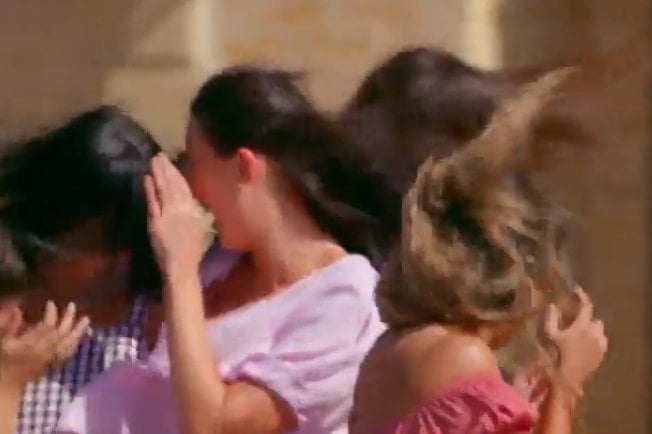 Jimothy tells Jay she's the woman he has chosen to participate in a range of unnecessary activities with him today.

They fly in the helicopter to a lake where Jimothy blindfolds Jay and then takes her on a ride on a speedboat.

She says she feels like she's going to "projectile vomit" and all in all it seems like a solid date idea.

Back at the mansion, Laura, Sierah and Tatum are having a very serious conversation about Jay's connection with Jimothy.

It's weird when none of them are climbing a tree or talking about that one time they had chlamydia.

Oh no. Back at the date Jimothy has... another activity planned for Jay.

They're going to do a high-speed chase in what are definitely #sponsored cars.

Jay lets Jimothy know that she's not sure about the high-speed chase given she was in a traumatic car accident a few years prior.

Jay decides to put her past trauma to the side and beat little Jimothy's arse in the race.

Give this poor woman her wine and cheese plate already.

They sit on a feelings couch and talk about their feelings.

They kiss. She gets a rose!

EVERYBODY GETS A ROSE!

The women meet Jimothy and Osher in the backyard and Osher says he planned every detail of the date so we already know it's going to be... weird.

And also the Queen.

And a fckn wizard. 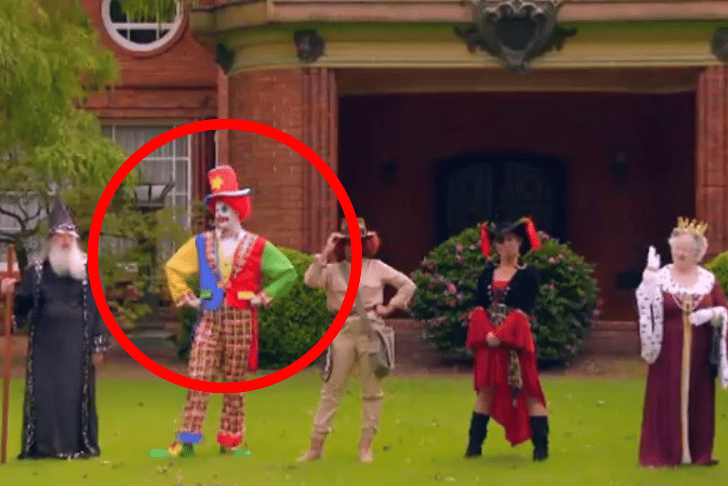 Sierah starts crying because she hates clowns and honestly at this point she has become the voice of the people. 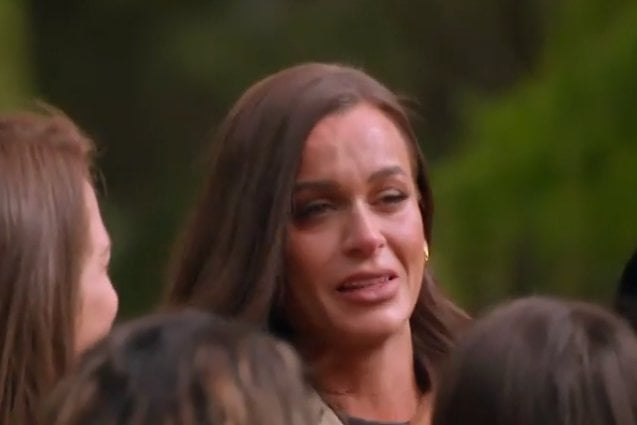 The five women chosen have to go sit in a room and communicate with Jimothy through the "avatars" to find out whether they're compatible.

The women are asked to tell Jimothy what was in their school lunches via their avatars.

Everyone is really sad for her that she had to lie about eating Dunkeroos through some kind of pirate lady.

Next the five women have to write a letter about what they want from a future partner.

After they've submitted their letters, the wizard hands the first one to Jimothy and the women realise he's going to be reading their letters himself.

Sierah is concerned because she drew a d*ck and balls on hers.

Nobody should ever have to listen to anybody read out a letter but in the end, Jimothy chooses Ashleigh for the one-on-one time.

Ashleigh tells Jimothy she wants to have a baby within the next 18 months and he is justifiably a bit... terrified.

In a first for Jimothy, she doesn't get a rose.

A woman named Stevie immediately asks Ashleigh whether she got a rose and she says, "Don't ask that".

Meanwhile, Jimothy is having a bit of thinkomy in the driveway.

He walks into the cocktail party and immediately takes Ashleigh for a chat.

Jimothy tells Ashleigh that he thinks they're just going to be friends because he's not going to be able to impregnate her within the next nine months.

Jimothy puts Ashleigh into the back of a limo and she off to bigger and brighter things or probably an extended lockdown.

Osher enters the cocktail party and lets the rest of the women know there shan't be a rose ceremony.

While the rest of the women mourn the loss of a woman they knew for three days, Sierah... woohoos.

Then she tells the camera that Ashleigh "sucked" and that it's no skin off her nose. 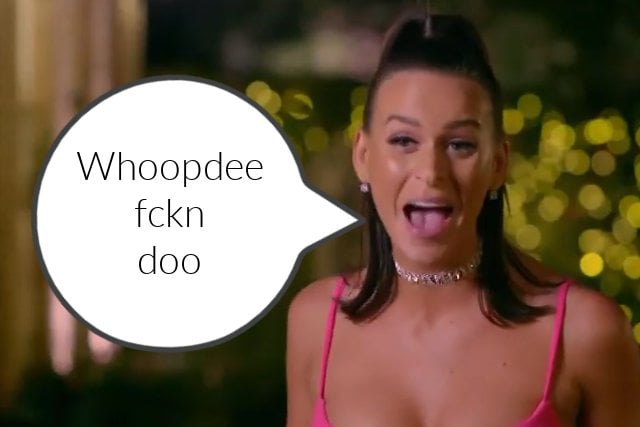 Catch up on the rest of Keryn's recaps here:

Mamamia recaps The Bachelor: The world's most confusing friendship.

Mamamia recaps The Bachelor: You can't just call someone... that.

Mamamia recaps The Bachelor: IT'S GAME ON, B*TCHES.

Mamamia recaps The Bachelor: A tense photoshoot leads to a confrontation at the cocktail party.

Mamamia recaps The Bachelor: One woman won't stop talking about how much she hates... pilots.