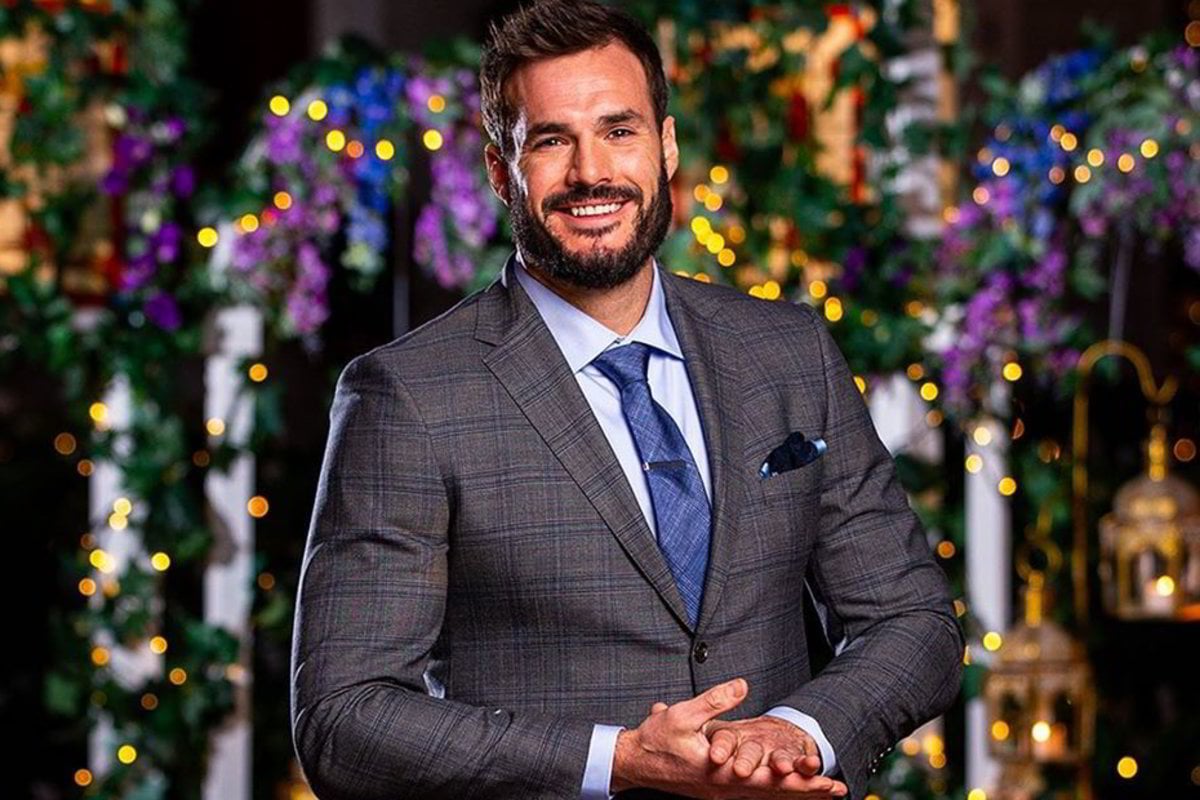 1. So, apparently they had to film TWO different endings of The Bachelor.

We're just one night away from finding out who Locky picks on The Bachelor, but it seems the finale might look a little different this year.

According to The Wash, the show had to film two very different endings this season. Yep, two.

An inside source told the publication that one ending was filmed where Bella won and another where Irena won to make sure no one on set spoiled the outcome. But considering we've pretty much known Irena wins this whole time, we're not sure how effective that may have been. ¯\_(ツ)_/¯

"Producers wanted to really change it up this year and confuse viewers and keep the suspense. Also make sure no one on set would leak the ending," the source claimed.

"Locky was also told to look confused and to have a bit of an emotional moment for the cameras like he couldn’t make up his mind, this was all planned."

While this is all just rumours, one of the early Bachelor promo videos did show Locky torn between two women at the finale.

"I'm in love with both of them," Locky dramatically tells the camera.

It looks like we'll just have to wait and see what happens when The Bachelor continues tonight at 7:30pm on Channel 10.

2. Did Kim Kardashian just confirm that Khloe Kardashian and Tristan Thompson are back together?

Keeping Up with the Kardashians might be ending, but the drama certainly isn't.

On Tuesday, Kim shared a very telling photo of herself and her sister Khloe Kardashian with her ex Tristan Thompson on Instagram.

"Am I 3rd wheeling hard?" she captioned the photo of their sneakers together.

While this may just be an innocent workout photo, it has us (and the internet) questioning if this is Kim's not-so-subtle way of telling us Khloe and Tristan are in fact, back together? 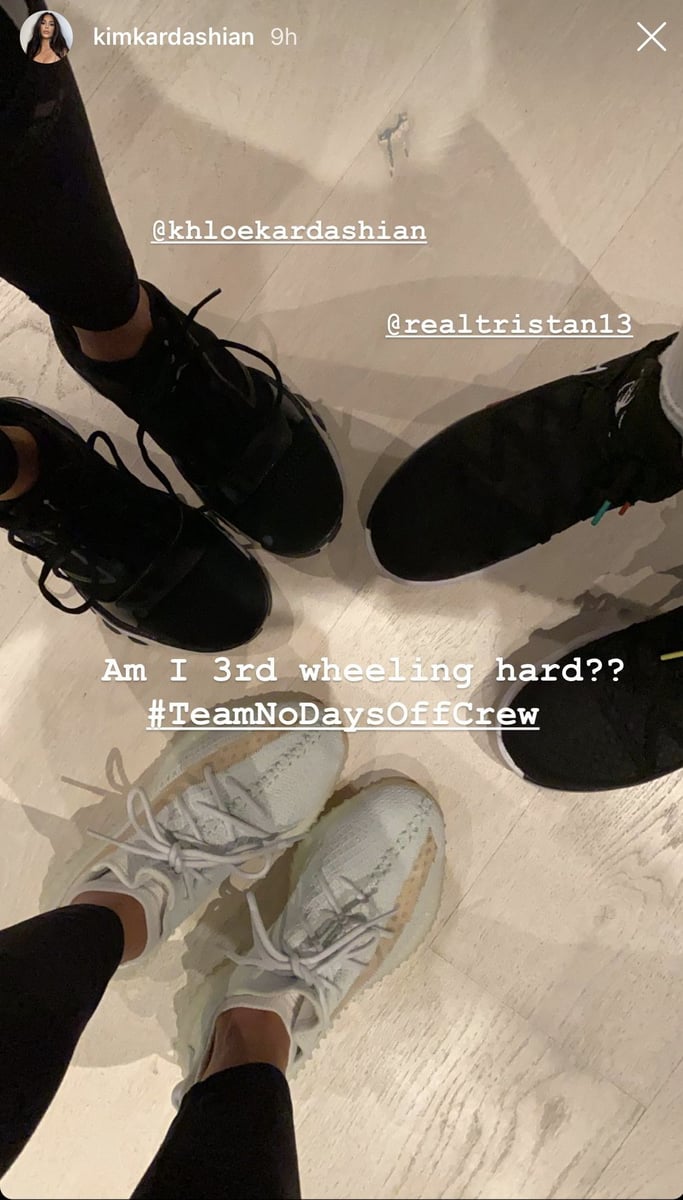 If you haven't been following the whole Khole and Tristan saga, rumours have been going around for a while now that the pair may have gotten back together.

According to METRO, the couple had also been isolating together in Los Angeles with their daughter True.

3. Gogglebox’s Jad has spoken about his ‘relationship’ with Bella from The Bachelor and confirmed that they are in fact, “just mates”.

Gogglebox star, Jad Nehmetallah has responded to the rumours that he and The Bachelor's Bella Varelis are together by claiming they're "just mates".

In an interview with LifeStyle this week, the 34-year-old said the pair had known each other for a while.

"Bella and I have known each other for a while and even though she's a beautiful girl, we're just mates," he said.

The two were spotted catching up at the Picnic Burwood last week, adding to the theories that Bella is 100% the runner-up.

4. Prince Harry and Meghan Markle release a political statement from their US home and we’re all watching.

Prince Harry and Meghan Markle appeared on TIME Magazine's live broadcast chatting politics this week, and glimpses of the pair are few and far between, so this is kind of huge.

The virtual broadcast was in lieu of TIME's usual in-person 100 Most Influential People event, and featured many familiar faces amongst the royals including John Legend, Sandra Oh and Trevor Noah.

The pair took the chance to comment on the importance of voting in the lead up to the American election, with Meghan saying: "Every four years, we're told, 'This is the most important election of our lifetime.' But this one is. When we vote, our values are put into action, and our voices are heard." 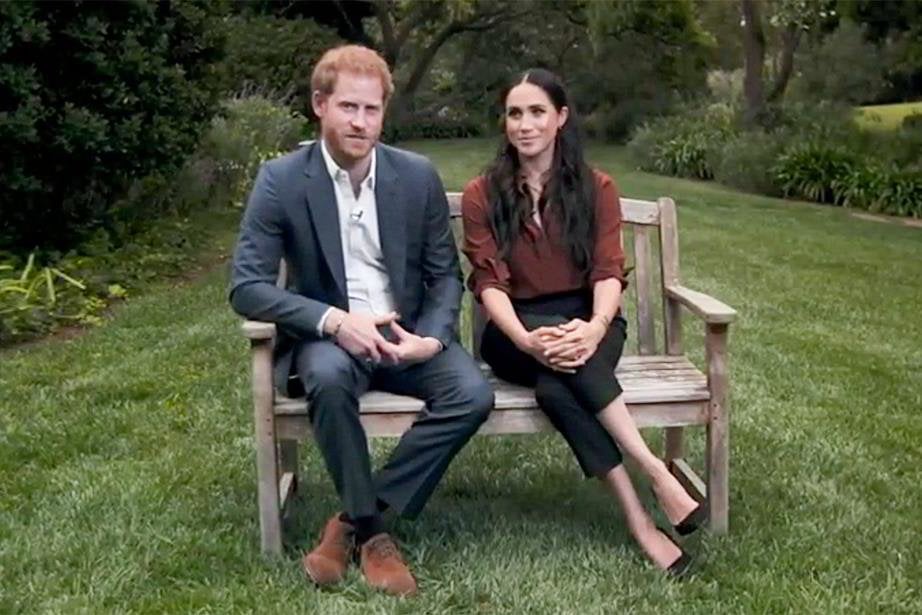 Harry added that although he is not able to vote in either the US or UK election, he hopes American's would "reject hate speech, misinformation and online negativity". Choice words.

"As we approach this November, it's vital we reject hate speech, misinformation and online negativity."

5.  At 16, Zendaya said she would only star on Disney Channel if it had more diversity.

Zendaya is being celebrated for being the youngest-ever woman to win the Emmy for lead actress in a drama series. 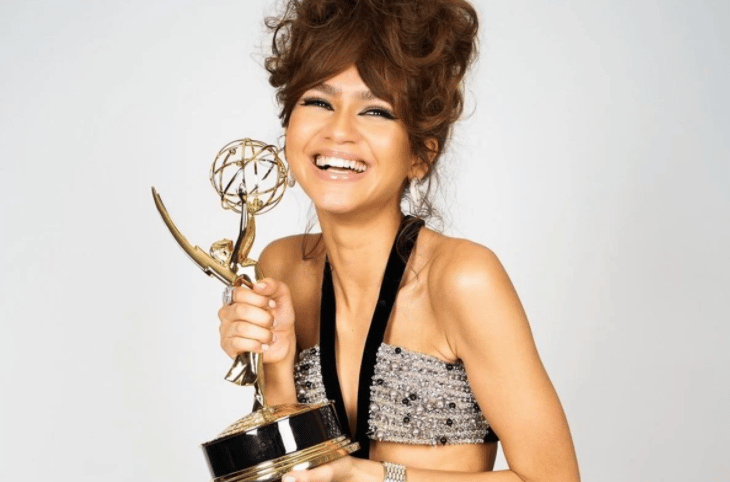 But let’s also celebrate this former Disney Channel star for something incredible she did when she was just 16. She used the power she had to force the Disney Channel to show more diversity.

Zendaya, born Zendaya Coleman to two teacher parents, started acting in theatre productions at a young age. She also scored modelling and dancing gigs, and was back-up dancer for Selena Gomez in a TV ad. But it was getting cast as Rocky Blue, one of the leads in the Disney Channel sitcom Shake It Up, that made her famous. She had just turned 14 when the show premiered.

While on the show, Zendaya launched her singing career, and then, at the age of 16, became the youngest person to compete on the US version of Dancing With The Stars. She finished runner-up.

With Shake It Up ending in 2013 after three seasons, the Disney Channel wanted Zendaya to star in a new series: Super Awesome Katy, about a high school student following in the footsteps of her spy parents. But she was only going to consider it on her terms.

“The only way I was going to come back to the Disney Channel was if I was in a position of more power,” she told Cosmopolitan.

Zendaya, then aged just 16, wanted to be a producer on the show. She wanted her character to be super-smart, trained in martial arts, no good at dancing or singing, socially awkward… and she didn’t want her to be called Katy.

“Do I look like a Katy to you?” she asked Disney execs.

The last of her terms was that she wanted the show to feature a family of colour.