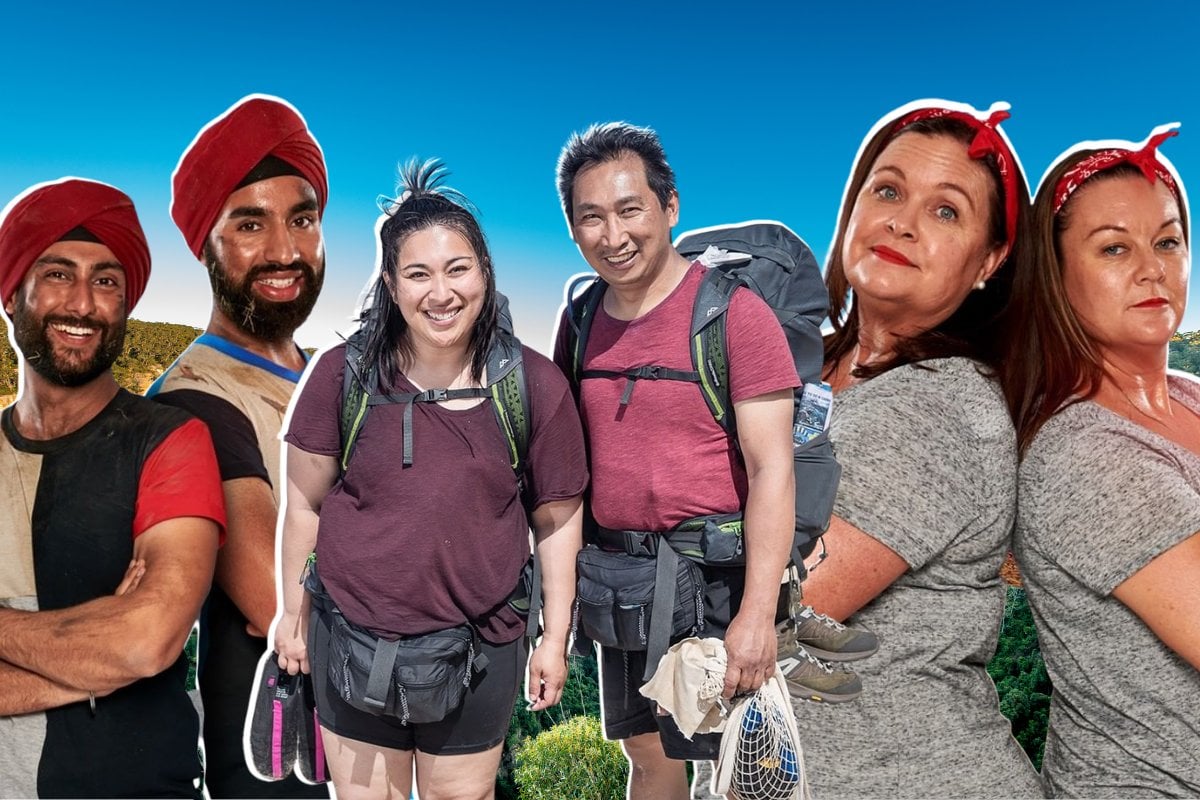 I have a confession.

In 2020, about halfway through Locky Gilbert's season of The Bachelor, I lost my love of reality TV.

I know this may not sound like a huge "confession" given a good chunk of the population have become increasingly disenfranchised with the hetero-normative, white-centric portrayal of "love" and all the other 'fun things' that come with the genre, but with a job that largely compromises of writing up juicy reality TV stories, this isn't great for my career.

The parodies are great though. I mean:

I tried. I really did.

But, with all exceptions to Junior Masterchef, I found myself frustrated and bitchy at the end of any reality show I tried to endure.

I know the usual narrative, and I'm tired of it.

But I'll tell ya what doesn't fit the usual narrative?

Maybe you clicked on this article because you agree with my conclusion that The Amazing Race Australia is exactly the TV show we need right now.

Or maybe you clicked on it because you're looking to be convinced, in which case, read on, friend. Read on either way actually, because we have lots to discuss.

Armed with a fairly large distrust of reality TV and skepticism for its revival, I sat down to watch the first episode of The Amazing Race with little expectations, and needless to say it surpassed them all.

I don't know much about the history of reality television, but I can imagine its original entertainment value came from exposing audiences to a whole bunch of different people and places.

Well, that's really The Amazing Race in a nutshell.

In summary, The Amazing Race follows 14 teams as they travel across the world working out challenges as fast as possible, competing for a $250,000 prize.

But the world is shut... of course.

So this year pairs of friends, exes, parents, cousins, brothers and twins are travelling across Australia instead.

That means we get to see Aussies getting to know their country, and I'm getting second hand travel!

For the first time in a good while, we're seeing people of all ages and ethnicities on screen.

Like the Kimberly Cousins - hello, did you SEE Dwes talking about his sexuality? Eye-opening!

There's the Super Sikh's giving us an insight into Australian-Sikh culture.

And Skye-Blue continuously killing it in all her challenges with one less arm than the other contestants.

The Amazing Race shows Australia in all its glory. The kind people, the stunning sights and the 60,000-year-old culture.

It acknowledges our Nation's rich cultural history with Aboriginal Australian's welcoming the teams to sites, while also recognising the diverse nation we are today with challenges like Greek dancing.

I'm a strong advocate for it being required viewing in every home.

The Amazing Race has had me crying, laughing and cheering from Sunday to Tuesday each week in a way Married At First Sight just hasn't been able to.

If you're looking for a bit of feel good television, you can stream the series from the beginning on TenPlay, or find it on Ten from Sunday to Thursday.