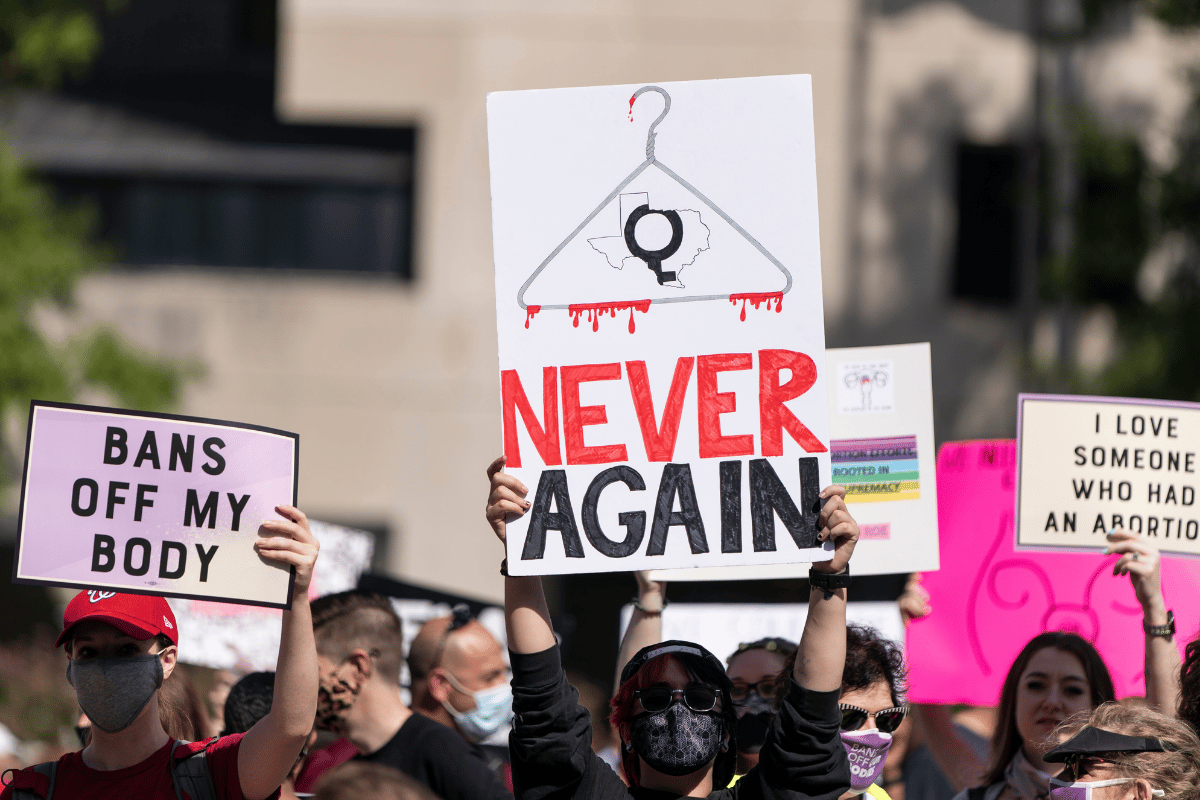 And for that act - an act many would argue is a woman's reproductive right to choose to do - Herrera has now been charged with murder.

According to a Starr County Sheriff's Office spokesperson, Herrera was arrested and charged this week once they discovered she had "intentionally and knowingly cause the death of an individual by self-induced abortion".

Herrera remains in the custody of the Starr County Sheriff's Office on a bond worth US$500,000.

The case has been condemned across the US, but also internationally too.

Protests have taken place, with several reproductive rights advocates calling for Herrera's release from custody and for her charges to be dropped in the name of women's autonomy.

Abortion-rights group Frontera Fund said in a statement: "We don't yet know all the details surrounding this tragic event. What we do know is that criminalising pregnant people's choices or pregnancy outcomes, which the state of Texas has done, takes away people's autonomy over their own bodies, and leaves them with no safe options when they choose not to become a parent."

The executive director of the Texas Equal Access Fund, said in a statement to USA TODAY: "No one should be punished for pregnancy outcomes, especially in a state that has made abortion access impossible to obtain. These laws and harsh restrictions are meant to ensure that Black and Brown bodies continue to be controlled by misogynistic, racist and classist systems of oppression."

As the Texas Equal Access Fund highlighted, it is these people from marginalised communities that will ultimately experience the greatest effect from the laws.

Protesters mobilized by @LaFronteraFund and South Texas for Reproductive Justice at Starr County Jail after Lizelle Herrera's arrest. Follow @Wzrd_of_Lnlynss who is there this morning for updates. Full audio of my interview with Frontera's Chairwoman here: https://t.co/2waLg1QPk1 pic.twitter.com/g5JnL68bZy

Make no mistake - there is a cost to the Texas abortion laws. And the burden and consequence lies solely on those seeking the abortion.

As of September 1, 2021, the state of Texas enacted new abortion restrictions.

The new law bans abortion from six weeks. It also allows private citizens to bring civil lawsuits in state court against anyone involved in an abortion, other than the patient. So that means family members, friends, abortion providers and even Uber drivers can be sued.

The law makes no exception for rape or incest.

Texas sadly isn't the only state to have these sorts of laws. Other states such as Arizona, Oklahoma, South Carolina, Delaware and Nevada have also had laws that criminalise abortions to some degree.

But as we've come to understand, banning abortion does not stop abortions from happening. It just makes abortions unsafe, with women having to take measures into their own hands, without medical assistance and opting for back-street procedures - often at a higher cost and risk.

We've seen this pattern numerous times before. Take, for example, the case of sex education in America. Countless studies and reports have shown states which have laws that mandate and prohibit sex education in schools are associated with higher rates of teenage pregnancy.

As a report from the reproductive justice organisation If/When/How said, criminalisation and shame are nor deterrents in the case of abortion.

"One thing is consistent through all of these cases - when a prosecutor wants to punish someone, they will find a way to do it," the report said. "Criminalisation generates and perpetuates stigma around reproductive decision-making and restricts women's ability to make full use of available sexual and reproductive health care services and information." 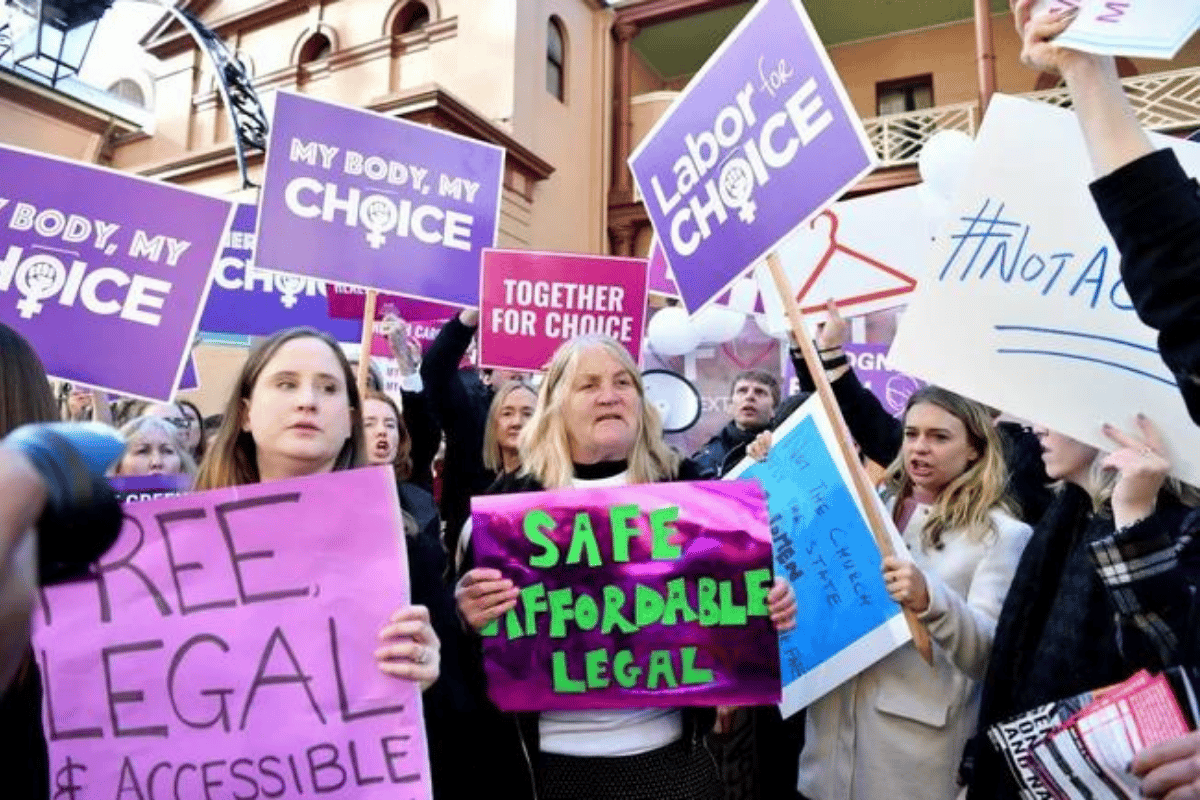 Of course, Texas isn't the only place where access to abortion is scarce and life-threatening - whether in a physical, emotional or legal sense.

El Salvador has one of the strictest abortion bans in the world. The country has outlawed abortion completely, even in circumstances of rape or incest, with penalties ranging from two to 50 years.

And over the past couple of decades, El Salvador has prosecuted more than 180 women who suffered obstetric emergencies, resulting in miscarriages. Some have been freed via human rights campaigning, but others have not.

The country's Draconian laws have even been the centre of an international human rights court. And the court heard one story in particular that made headlines around the world - the story of 33-year-old *Manuela.

Manuela went to hospital to seek treatment after a miscarriage and was sentenced to 30 years in prison for homicide. She died in jail in 2010.

The Philippines also has complete bans on abortions. Their law mandates prison terms of up to six years for people who have abortions and for anyone who assists in the procedure. There does appear to be a 'loophole' in the laws that permits abortion if the mother's life is at risk, but even then it is up to a defence team to prove that argument.

A study from the Guttmacher Institute found that approximately six in ten Filipino women have experienced an unintended pregnancy at some point in their lives. The study also surveyed some of the key reasons why Filipino women underwent an abortion: 75 per cent of women cited a lack of funds,  57 per cent said that they had enough children or their pregnancy came too soon after their last birth, 46 per cent said that they were too young. Also startling was the fact nearly one-third of the women cited health risks and 13 per cent of the women were survivors of rape.

Listen to Mamamia Out Loud: When boobs shout louder than words. Post continues after audio.

Importantly, debate and conversations have been taking place in the Philipines over the past few years regarding abortion laws.

But while debate carries on, there are people caught in the middle who are in a very vulnerable position - unable to exercise their bodily autonomy or make an informed decision about their future.

As for the case of Lizelle Herrera, law commentators are suggesting prosecutors and the Starr County Sheriff's Office don't have a leg to stand on. Texan law still technically exempts a woman from a criminal homicide charge for aborting her pregnancy. In most cases, the law instead targets abortion providers when an abortion is deemed illegal. So why was Herrera charged? Law commentators assume Herrera is a scapegoat of Texas' abortion law crusade - a bid to dissuade other people from trying to access abortion in Texas.

Herrera won't be the last person charged with this sort of 'crime' in Texas.

But what Herrera does represent is that Texan women don't have control of their own bodies. And that is terrifying.

*Manuela's real name has been suppressed for privacy reasons.

Reply
Upvote
2 upvotes
This is infuriating. Women everywhere should have the right to decide whether or not they go through the trauma of pregnancy and birth. Thank goodness they dropped the charges, I don't think the next woman will be as lucky though.

Reply
Upvote
1 upvotes
@laura__palmer it feels like a warning shot. "See, we aren't messing around. We arrested her, we could easily arrest you too!". This is absolutely sickening.
A
alessandra.z87 4 months ago

Reply
Upvote
Are you allowed to have a D&C (regularly also classified as an 'abortion') after a miscarriage in Texas, or are you meant to get blood poisoning and die? In any case, I strongly implore the women of Texas to commit to a statewide sex strike. Pitiful.
C
cat 4 months ago

Reply
Upvote
@alessandra.z87 you can only have one where theres risk to the mother's life or "ongoing impairment to a critical system", but Im sure a lot of Texan officials would prefer the mother just die of blood poisoning.
S
snorks 4 months ago

Reply
Upvote
1 upvotes
@cat it's comments like that which really undermine your overall argument.
D
draculasgirlfriend 4 months ago

Reply
Upvote
@snorks I don't think so. It's obvious with laws like this that officials place a fetus's life above that of women's!!
S
snorks 4 months ago