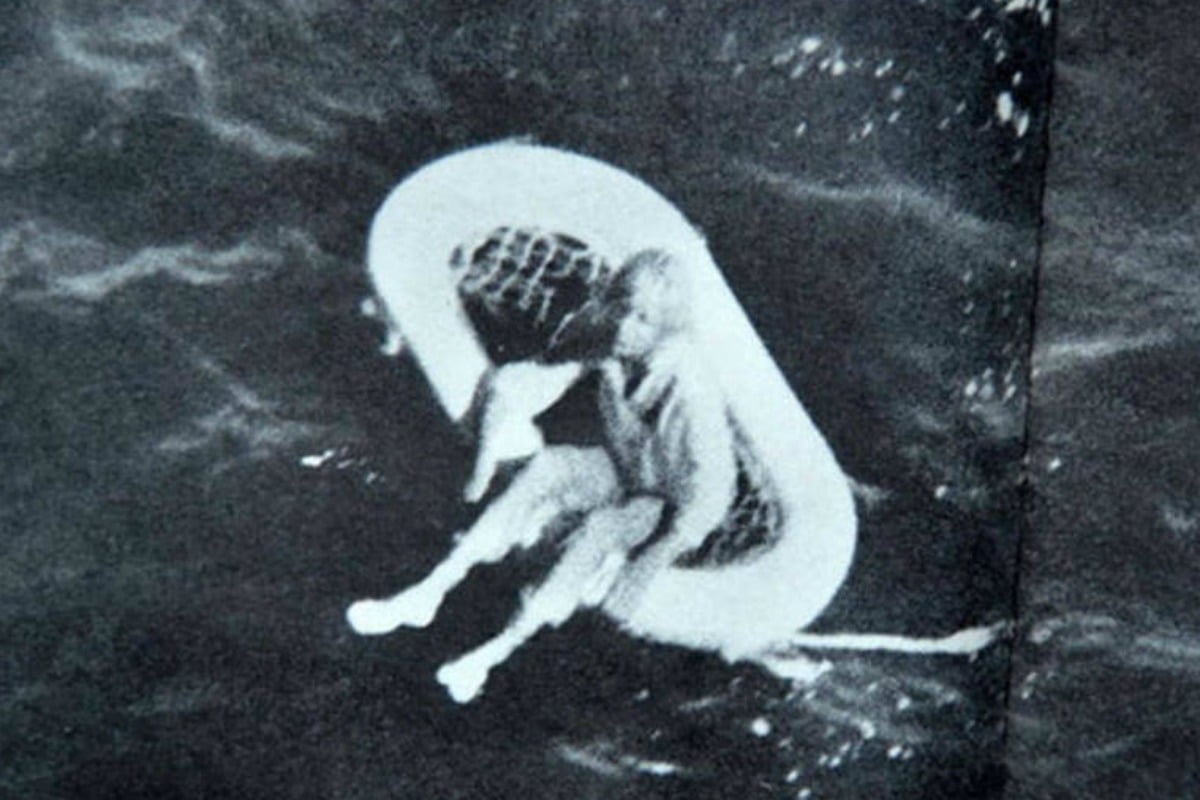 It was 1961 when a blonde-haired 11-year-old girl was found floating adrift on a small lifeboat in the waters of the Bahamas.

The unusual shape of her damaged lifeboat caught the eye of Nicolaos Spachidakis, the second officer on board a Greek freighter ship, 'Captain Theo'. Nicolaos had been scanning the waters of the Northwest Providence Channel when he noticed a single speck in the distance far too small to be a boat but too big to be a piece of debris.

He alerted the captain who set the navigation for the mysterious figure. When they pulled up beside it, they soon discovered a severely dehydrated and badly sunburned young girl by the name of Terry Jo Duperrault, floating alone.

Watch: Each week, host Jessie Stephens will sit down to talk to an expert about crimes that have captivated, confused and kept us guessing on the True Crimes Conversations podcast. Post continues below.

At that point, she had spent 84 gruelling hours alone at sea without any food or water. But for Terry, what happened in the four days before her rescue was far more traumatic.

The American girl was travelling on the luxury yacht the 'Bluebell' from Fort Lauderdale, Florida to the Bahamas for a family holiday. The trip was meant to be a trial run for a round-the-world voyage her father, Dr. Arthur Duperrault, had planned for the family.

As well as Dr. Arthur Duperrault, his wife Jean and their three kids Brian, 14, Terry Jo, 11, and Renee, seven, were also on board. Arthur also invited his friend and former Marine and World War II veteran Julian Harvey, along with his wife Mary Dene.

But on the fifth night of the voyage, tragedy struck. On Sunday, November 12, the 11-year-old was awoken by "screaming and stamping" on the deck of the boat.

Her brother Brian was heard screaming. Paralysed with fear, Terry Jo stayed in her bed for a few minutes before leaving her room to see what had happened.

That's when she saw them. Her mother and brother were lying dead in a pool of blood.

She then noticed Harvey walking towards her. "What happened?" she asked her father's friend.

He didn't explain. Instead, he slapped her in the face and told her to do down below the deck.

And so she did. Confused and afraid she waited below deck until she noticed the water level had begun to rise. She ran above the deck and asked Harvey if the boat was sinking.

"Yes" was all he replied.

He then asked if she had seen if the dinghy had broken loose from the boat. When she said that she had seen it, Harvey jumped into the ocean looking for the dinghy, leaving Terry Jo to go down with the boat.

At this point, Harvey had already stabbed the rest of Terry Jo's family and drowned his wife, dragging her body onto the dingy with him.

With the ship going down, Terry Jo remembered the single life raft that was aboard the yacht. She hoisted it into the water and took off from the yacht.

At the time, Terry Jo still couldn't comprehend what had happened. "I was old enough to understand that my family had been taken from me but not old enough to process why Captain Julian Harvey would kill them and leave me in the middle of the ocean to drown," she told 48 Hours.

Harvey's dinghy was later found by the freighter the 'Gulf Lion' and brought to a Coast Guard in America.  He lied and told the Coast Guard the yacht had broken down when he was on the dingy.

When he later heard the news that Terry Jo had in fact survived and been found by a Greek freighter ship, he reportedly cried out, "Why that’s wonderful!"

The next day, Harvey took his own life in a motel room.

50 years after the incident, Terry Jo, now known as Tere Duperrault Fassbender, has finally found the courage to tell her story.

"I always believed I was saved for a reason but it took me 50 years to gain the strength to be able to give other people hope with my story. If just one person goes on to heal from a life tragedy, my journey will have been worth it," she said.

She went on to write a book about her traumatic experience, Orpahned on the Ocean, alongside renowned psychologist and survival expert Richard D. Logan in 2010. 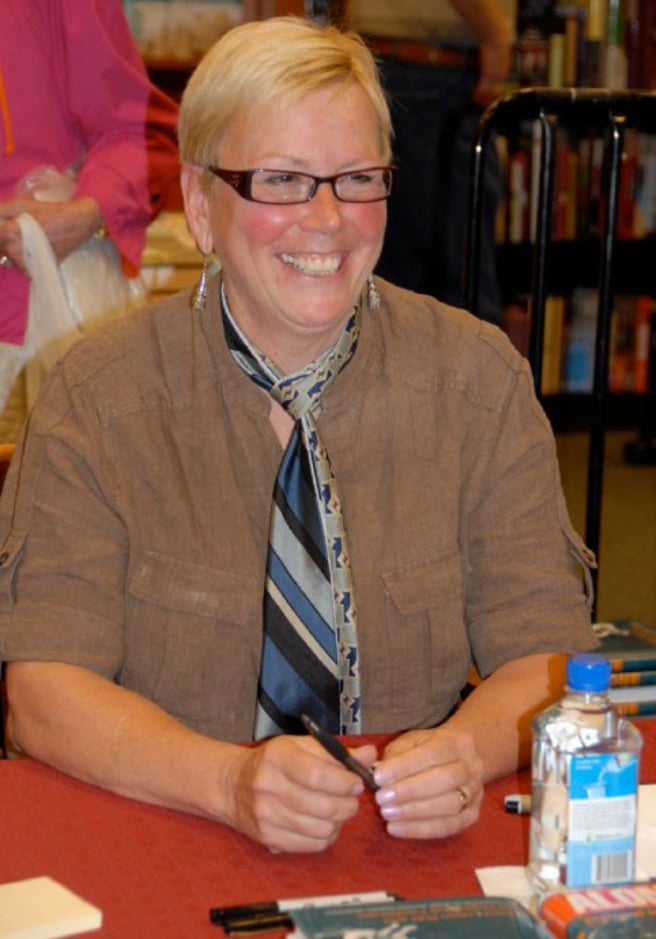 Tere at her book signing. Image: Facebook @Alone: Orphaned on the Ocean  In the years following her rescue, Terry Jo found a love for the ocean and eventually went on to work in Water Resources and Water Regulation and Zoning.

"I went on to protect the water that had protected me as a little girl. Water is life and it is soothing for me to be on the beach. I find I can think clearly, relax and feel closer to my lost family," she said, according to CBS News.

While many of us still haven't heard of Terry Jo's story today, her experience led to a change in boating regulations that's been seen all over the world.

After her ordeal, a recommendation was put forward in 1962 to change the colour of lifeboats to a bright orange colour so they can be more easily identified than her white one.

"I'm humbled knowing that my rescue and survival led to something that is followed all over the world."