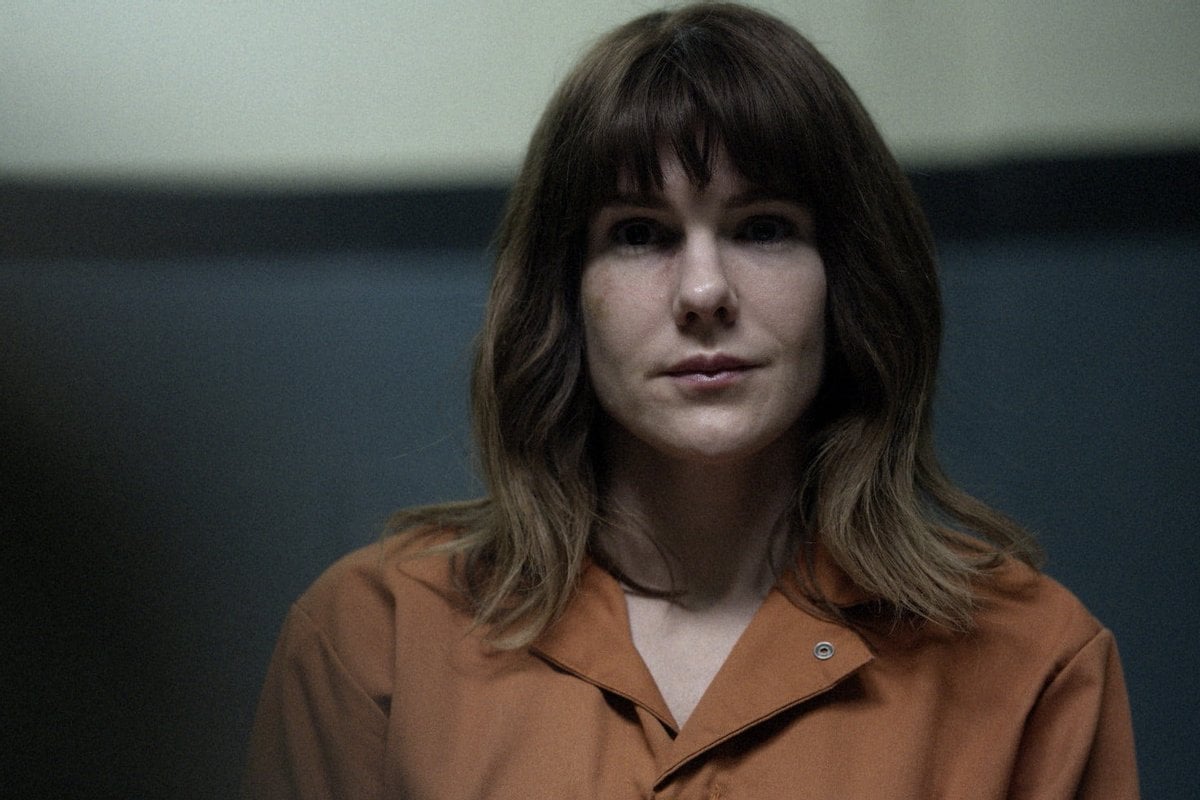 Tell Me Your Secrets is the kind of series that you'll be thinking about for days afterwards.

The psychological thriller series, which dropped on Amazon Prime on February 19, follows a trio of complex characters, each with a mysterious and troubling past.

There's Emma Hall (Lily Rabe), the former girlfriend of a serial killer who is trying to make a new life for herself, John Tyler (Hamish Linklater), a paroled serial predator desperate for redemption, and Mary Barlow (Amy Brenneman), a grieving mother obsessed with finding her missing daughter.

Watch the trailer for Amazon Prime's Tell Me Your Secrets below. Post continues after video.

Created and written by Harriet Warner, the 10-episode drama series, which chronicles the journey of all three characters as their stories slowly intertwine, is mysterious and deeply addictive.

Tell Me Your Secrets kicks off when Karen Miller (Lily Rabe) is released from prison.

Karen was convicted of covering up for her serial killer boyfriend's crimes. Kit Parker, played by Australian actor Xavier Samuel, was convicted of brutally murdering at least nine young women. But despite giving evidence against Kit in court, Karen only remembers her former boyfriend as the kind tattoo artist who surprised her with a kitten on her birthday.

Following her release, Karen is released into witness protection under a new name – Emma Hall.

Due to the nature of her boyfriend's crimes, Emma's protection officer, Pete Guillory (Enrique Murciano), warns her to never involve herself with young women.

But just hours after her arrival in her new home of Louisiana, Emma violently defends a young girl against her tormenters in the bathroom of a local diner.

Afterwards, Emma forms a strange friendship with the teenager. But when the young girl is found dead, Emma's new life falls apart before her eyes. 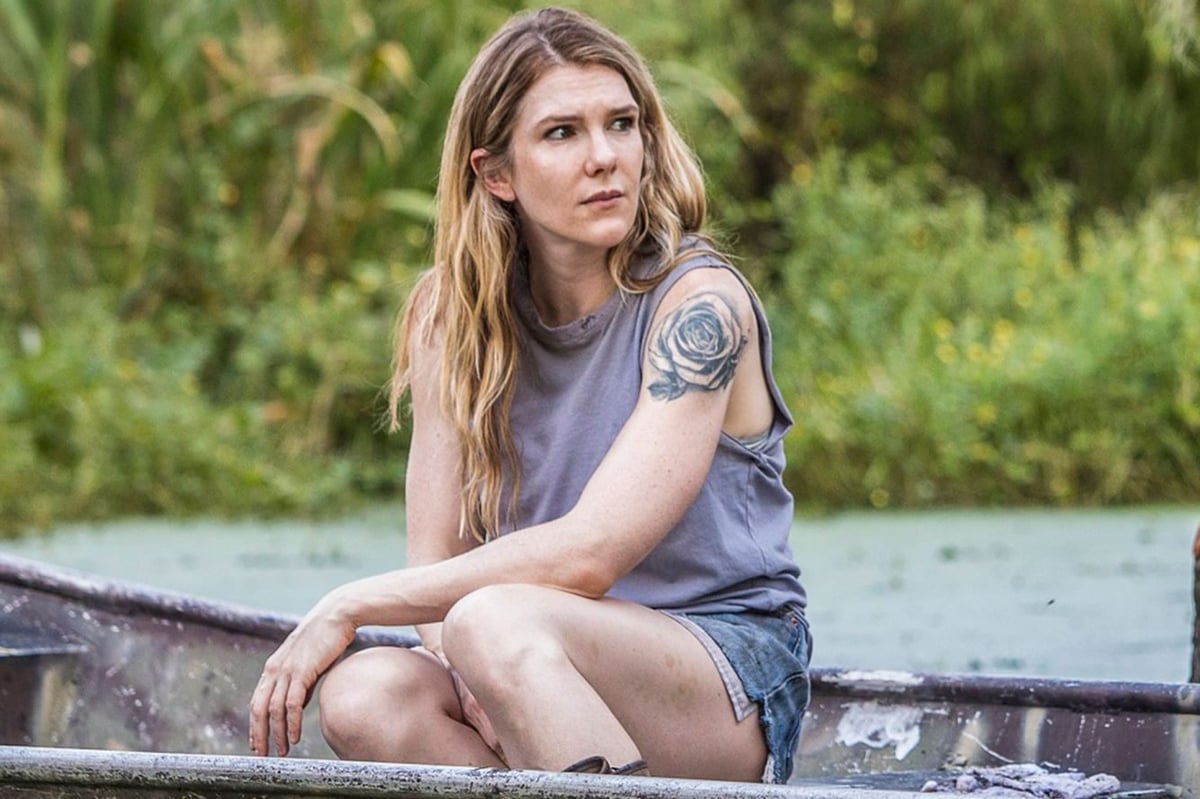 It's a pivotal moment in the series for Emma. A moment that triggers previously lost memories of Kit's horrific crimes – and her involvement in them.

Although it's been seven years since her daughter, Theresa (Stella Barlow), disappeared, Mary is convinced that Kit and Karen took Theresa.

While Theresa is considered legally dead by the authorities and Mary's family is desperate to move on with their lives, Mary has an almost insatiable need to see justice for her daughter. And after using every possible resource at her fingertips, Mary turns to the unthinkable.

In her desperation, Mary turns to John Tyler, a convicted serial rapist who is seeking redemption. (John is played by Lily Rabe's real-life partner Hamish Linklater.)

Instead of hiring a private investigator to search for her daughter, Mary blackmails John into hunting down Karen and bringing her back to Texas.

As the series progresses and the three stories start to intertwine, viewers are left with an endless list of questions.

Will Emma ever remember what happened with Kit? Can Mary actually trust John? How far will Mary go to find her daughter? Is Theresa still alive? Was Emma really an accessory to her boyfriend's crimes?

The complicated characters, the endless mystery, and the unexpected twists and turns.

The Sinner for the dark mystery, Mindhunter for the serial killer storyline, and Sharp Objects for the psychological thriller vibes. 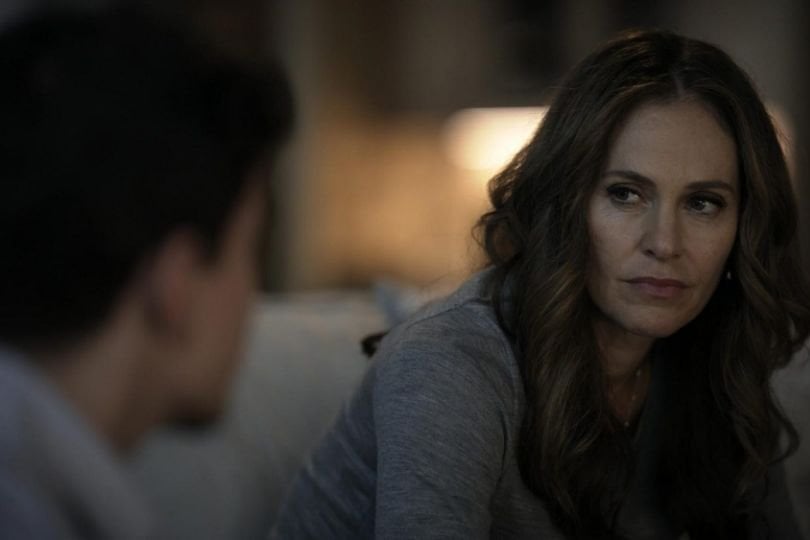 Amy Brenneman as Mary Barlow in Tell Me Your Secrets. Image: Amazon Prime.

There's no word yet on whether Tell Me Your Secrets will be renewed for a second season.

Produced by Big Little Lies' Bruna Papandrea, Tell Me Your Secrets was actually originally slated for release on US cable channel TNT under the name Deadlier Than The Male.

The series was later re-titled in 2018, before being acquired by Amazon Prime in late 2020.

Unlike other recent series that were filmed during the COVID-19 pandemic, principal photography for Tell Me Your Secrets took place in mid-2018 in New Orleans, Louisiana.

Thanks to the powerful performances of Lily Rabe, Amy Brenneman, and Hamish Linklater, Tell Me Your Secrets is bound to be your next crime thriller obsession.

It's important to note before watching, however, that Tell Me Your Secrets can get messy at times. This isn't a show that you can watch with your head buried in your phone.

As the series flips between three central characters, the plot of the show often becomes convoluted. In fact, it often feels like you're watching multiple different shows at once. 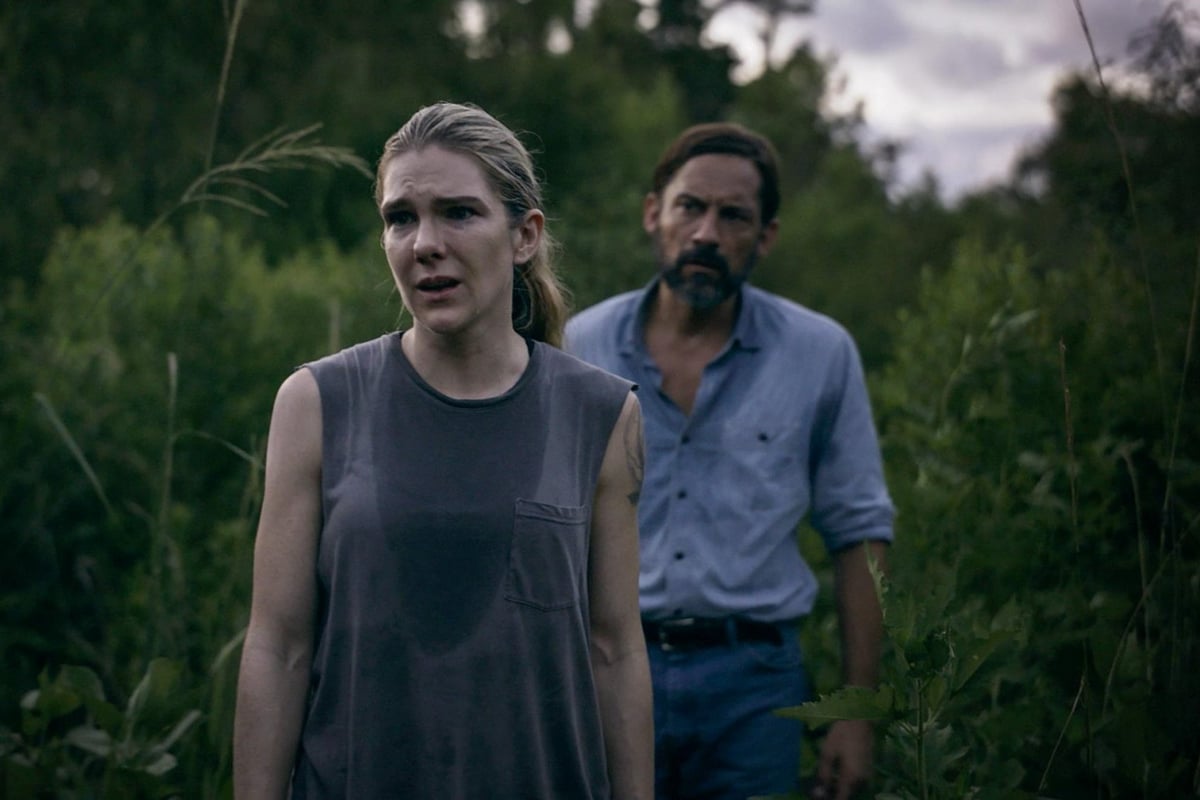 But despite the oft-frustrating complexity of the drama's plot, the 10-episode series is thought-provoking, mysterious, and addictive.

With endless twists and turns, Tell Me Your Secrets will have you guessing until the very last scene.

Tell Me Your Secrets premiered exclusively on Amazon Prime on February 19.