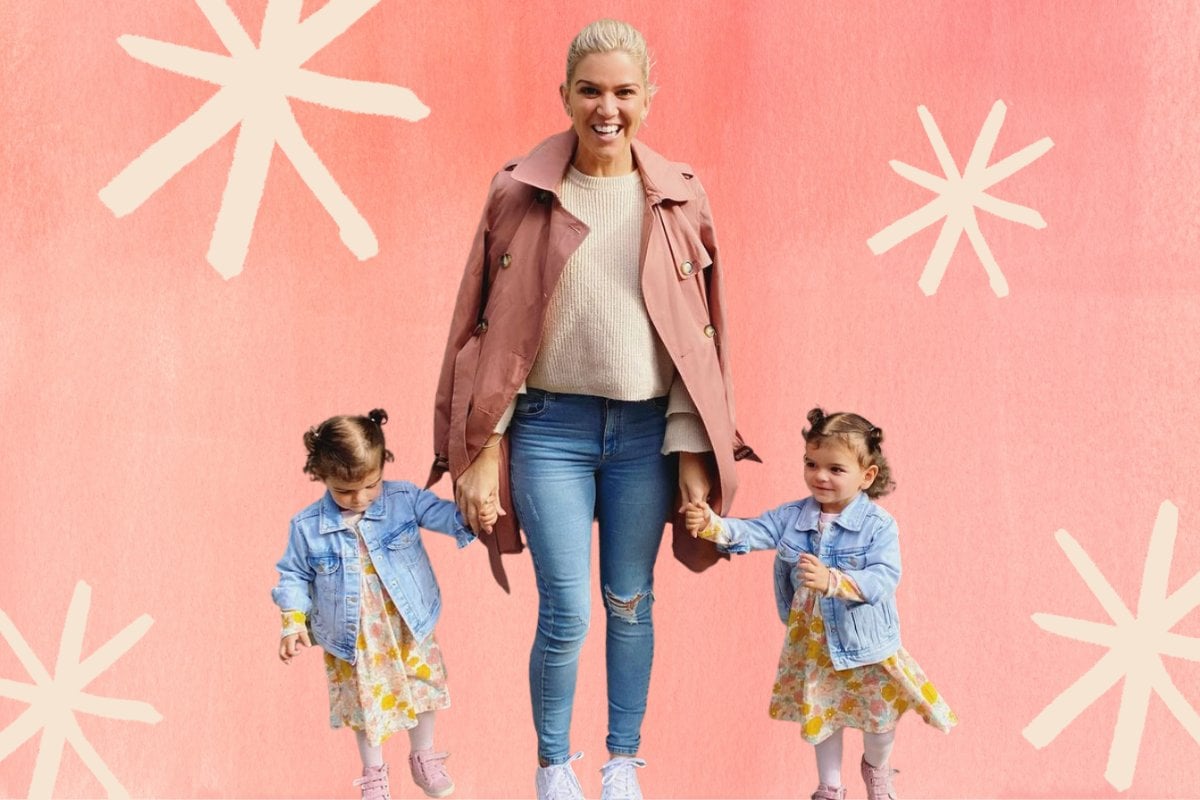 Since (literally) bursting onto the multiple parenting scene three years ago, I can confidently confirm that everything I said I would or would not do… I did the absolute opposite.

The thing about twin parenting etiquette is you don’t actually know what you’ll do, until you do it.

What is normal? What is socially acceptable twin parenting? Why do my some of my decisions make people feel uncomfortable? Why do I feel that I have to justify them? And I often wonder… why do people even care?

It turns out everyone is a twinspert! Even those who’ve never had twins!

And just like those non-multiple parents, we are all winging our way through the unknown and hoping that it all works out for the best.

So I thought I’d explore some of the moments where I found myself wondering if there was a June Dally-Watkins school for twin parenting. Is there a right or wrong? A one-size-fits-all? Surely not!

My first point will literally have the multiples parenting community divided… Because you either do, or you don't.

When I first found out I was pregnant with twins, I had this complex about them not ever feeling like they have their own identity. I imagined it would be hard enough being identical twins since they have to look the same.

So I swore I would never dress them the same. I fooled myself into buying the same outfits, but in different patterns, thinking that would suffice.

But as soon as my twins arrived it was like I caught an obsessive disease. A disease where I had to dress them exactly the same, all the time. Down to the socks on their feet, the singlets under their shirts and the headbands on their head. If I can't find one shoe, neither of them can wear that pair. It’s a thing.

2. Sleeping in the same bed.

Is it weird that I feel bad for my son (the younger singleton brother to my twins) because he doesn’t have a twin?

I’m lucky my kids get along pretty well and the twins are very close. When I say close, I mean close - as in they sleep in the same bed together.

Every night is a sleepover!

Sometimes I go in their room and take photos of them sleeping because somewhere, even if its just toe-to-toe, something must be connected.

They love to sleep together and thank god, because Sydney real estate is expensive! I think I have about one more year until my son starts realising he’s missing all the fun on his lonesome.

When my twins were babies, I was waiting for a coffee at a cafe when a lady ordered two different drinks but said to the waiter, “Can you please put them in the same type of cup? They’re for my twins and if they're not the same, I won’t hear the end of it”.

That sentence pretty much sums up my twin toddler parenting. If there’s not two of them, I don’t want it. If they aren’t the same, keep them.

Listen to Tegan and co-host Leigh Campbell on This Glorious Mess, Little Kids. Post continues below.

This one makes me giggle and eye-roll because I find that people sometimes approach this topic a little passive aggressively.

Someone will always know a “friend of a friend” whose twin children were split into different classes at school. And should the day come where it’s in the best interest for my twin girls to attend separate classrooms at school, so be it!

But for now, they love going to daycare together and spending time together but they also love hanging out with other kids and socialising separately - like most siblings.

It’s funny when people assume that twins must have separation anxiety, because I know I am much more concerned about them being apart than they are… and for absolutely no other reason than the fact that they are twins!