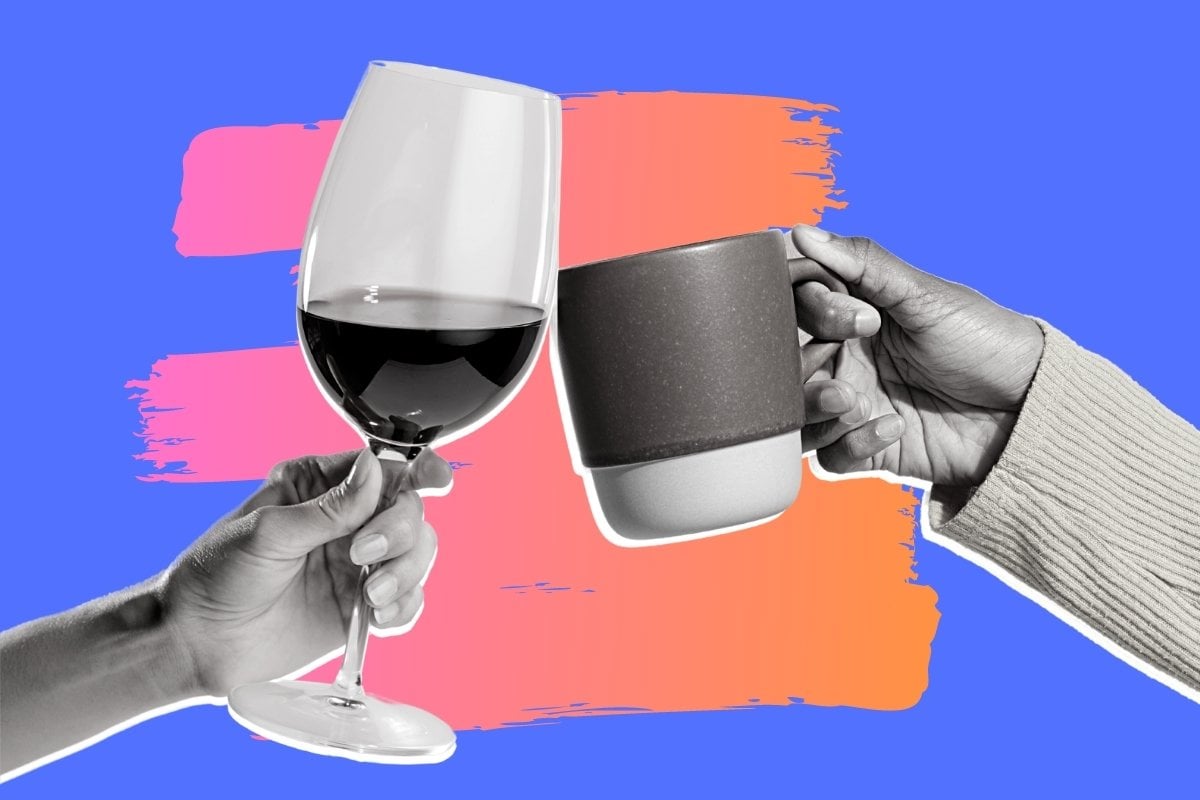 Australia is slowly changing its toxic relationship with alcohol. Non-alcoholic drink sales are spiking, the number of us drinking more than two standard drinks per day has dropped, and the number of us abstaining altogether has increased.

But no demographic is shunning booze at a higher rate than teenagers.

So what's behind this change?

Watch: What happens to your body when you stop drinking alcohol. (Post continues below.)

Mamamia's daily news podcast, The Quicky, spoke to Dr Amy Pennay, Senior Research Fellow at the Centre for Alcohol Policy Research at Latrobe University, who pointed to social and structural reasons behind why young Australians are drinking less.

"We are seeing attitudinal shifts in the acceptability of drinking and intoxication. We're also seeing a shift in young people just not seeing it as cool or a necessary or interesting rite of passage. And we are seeing more people concerned about wellness," she said.

"And they're connecting with people online a lot, where self-presentation is really important. But also, spending a lot of time online means you can socialise a lot more in different spaces that are less likely to be in a park or at a pub or places where drinks are available."

Yes, it's a good thing that fewer young people are drinking: adolescents are at greater risk of alcohol-related harm than adults (in particular, damage to their still-developing brain). BUT, some of the driving forces behind that shift can be detrimental to their wellbeing.

Listen: How much booze are Australians really drinking, and how bad or not it is for our overall wellbeing?

Their changing social lives being one of them.

"Sometimes there are some pleasures associated with socialising with your friends in person and consuming small amounts of alcohol," Dr Pennay said. "But young people are socialising more from their bedrooms, [and they're] worrying more about the future. There's this precarity of concern about finances and stability of employment, being able to buy a house; all these kinds of worries."

Indeed, despite drinking rates among young people dropping, rates of mental ill-health have not.

A national survey by youth mental health organisation Headspace in 2020 found that one-third of Australian young people (34 per cent) report high or very high levels of psychological distress. And suicide remains the leading cause of death for Australians aged between 15-24.

"So we can't just assume that drinking going down for young people is wholly good," Dr Pennay said. "It's obviously going to be good for their physical bodies. But there seems to be some other things going on for them that we should really be concerned about."

There is some good news though. The shift away from alcohol doesn't correlate to a shift toward illicit drug use.

"There's absolutely no evidence of that at all," Dr Pennay said. "In fact, most so-called risk behaviours are decreasing for young people, and that includes illicit drugs, it includes fighting, it includes teen pregnancies, truancy, and all those sorts of things. So young people seem to be avoiding or at least delaying risky behaviours in general."

Reply
Upvote
3 upvotes
It seems really weird to say drinking going down among young people is not "wholly good". It is absolutely a good thing. There might be other things going on with young people that are concerning but it's not like the addition of alcohol would make those things any better or remove them entirely.
I'm hoping Dr Pennay was just taken out of context because I thought that was a very strange thing to say.

Reply
Upvote
1 upvotes
@fightofyourlife true - there is no basis for assuming that an increase in drinking would lead to better mental health or that the decrease in drinking is detrimental to mental health. So it is linking unrelated things in that sense. I'm no scientist but I think there is a muddle of independent, dependent and control variables. Perhaps if we knew what questions the dr had been asked it would be clearer.

Reply
Upvote
5 upvotes
"Sometimes there are some pleasures associated with socialising with your friends in person and consuming small amounts of alcohol". The thing is teenagers don't get together and drink a small amount - they binge until they are passed out unconscious, spewing, or both. At least this is what me and my friends did as underage drinkers. Socialising may be different these days, but thank goodness it doesn't revolve around booze.
News
General
Opinion
True Crime
Politics
Sport
Explainer
Entertainment
Celebrity
Reality TV
Movies
TV
Books
Rogue
Royal
Lifestyle
Beauty
Fashion
Weddings
Home
Wellness
Health
Fitness
Travel
Food
Parents
Before The Bump
Pregnancy
Baby
Kids
Teens
School
Parent Opinion
Work & Money
Money
Finance
Career
Lady Startup
Relationships
Sex
Dating
Separation
Friendship
Family
Real Life
Couples