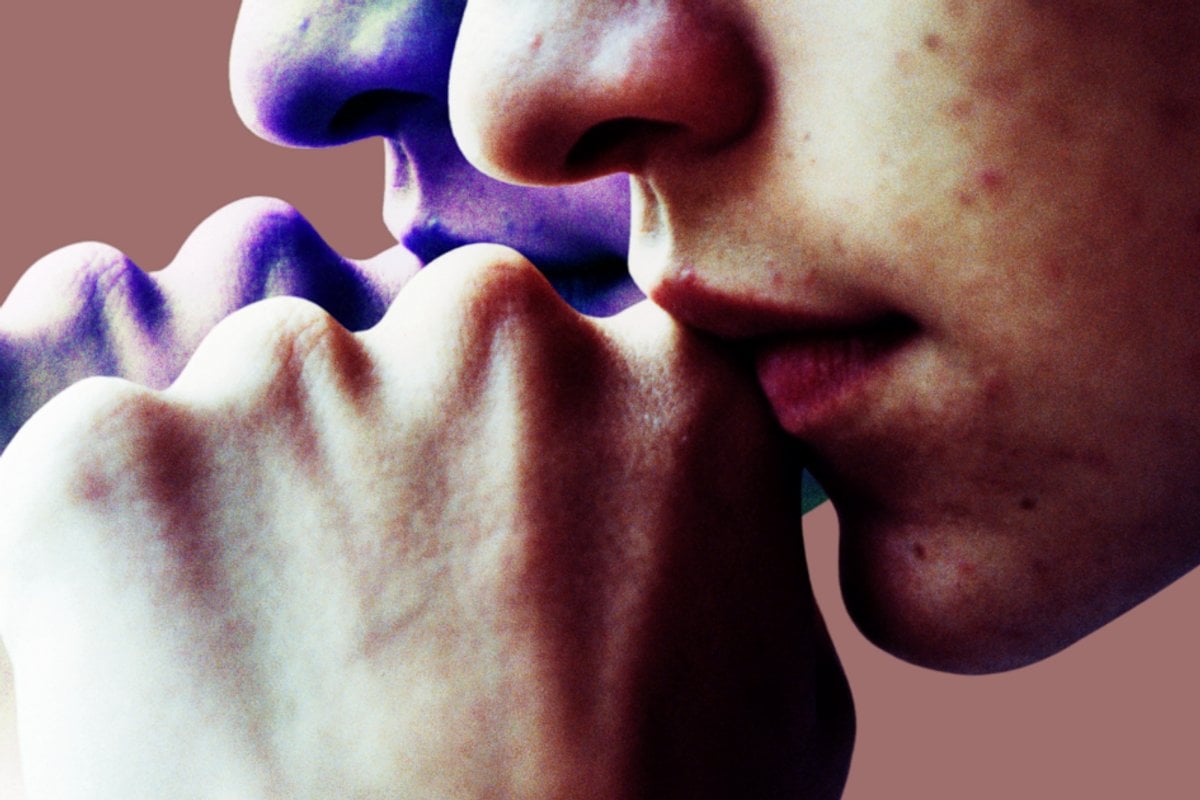 “The problem I am having is with my 14-year-old son who does not apply himself to his school work at all. He won’t revise, study or plan at all. His grades are weak and failing in some major areas. He just won’t apply himself and is lazy. In his own words he can’t be bothered. And on top of that he refuses to acknowledge his body odour or wear clean clothes! Help!

In my many years as a secondary English teacher and then as a lucky mum of four lads I met so many 14-or-so-year-old boys who meet the description above which came to me via a concerned mum.

On top of the concerns already expressed are forgetfulness (left his backpack with PC and smart phone in it on the bus for example), increased disorganisation (I thought the test was tomorrow?), mumbling and monosyllabic responses (whatever!), endless hunger (there’s nothing to eat!), badly behaved penises (especially at breakfast), every excuse for avoiding chores and a passion for wearing favourite daggy clothes – preferably sans undies!

I have received many desperate emails from mainly mums asking me what could have possibly happened to their beautiful boy, some even contemplating whether their lad had been stolen by an alien and replaced.

WATCH: Have you got teenagers who stay up all night on their phones? Post continues below.

Many parents ask me: ‘Where did I go wrong? How can I fix this?’ and express concerns that unless their lads start to apply themselves at school they will ruin their lives forever.

If we are able to keep in mind that the journey of adolescence – for boys and girls – is the transformation from being a child into an adult – an independent responsible adult capable of making sound decisions – then it will make sense that adolescence needs to be seen as a time where mistakes and confusion need to be seen as normal.

One of the leading boy experts in the world, Michael Gurian, believes that there is a unique drive within boys and men that shows up when they choose experiences and events on which to focus.

Winning competitions or completing things to a level that they feel is acceptable gives our boys a sense of self-worth that they give themselves. If there is little chance of doing well enough, or winning, there is a tendency for some boys to avoid participating to do it at an obvious, less competent level so that their authentic self-worth can be maintained.

Many 14-year-old boys are just ‘cruising’ at school, not striving to excel and yet hoping not to fail. Many boys also want to be achieving at a similar level as their best mates and so often it is simply not cool to be achieving academically.

Research suggests that boys and men tend to prefer to be single focused rather than multi-focused and with so much happening all at once –body changes, hormonal changes and brain changes – this time is especially confusing for teen boys. Plus, this is the window of the natural awakening of sexual awareness and desire, and as the penis is outside the body, it can make some moments really awkward in the immature boy-soon-to-be man.

For many 14-year-old boys this is also the window where their brains do the most significant brain pruning and for those boys who already had some challenges remembering things and finding things like milk in the fridge or their socks, then becoming even more forgetful can make them feel really useless, even stupid.

Yes they will forget to clean their teeth, do their chores, totally forget to attend the orthodontic appointment you set up, and often have no idea what day of the week it is.

They may also consume far too much Milo or even steal the tin and hide it in their room. They struggle with big ugly feelings and can be known to punch a hole in the wall if a sibling has eaten the last biscuit in the tin.

This is not intentional. This is not deliberate. This is a sign of an early adolescent brain doing some early modifications. With an increase in moments of perceived failure, boys create a fake mask and hide behind it in order to protect themselves from not just the chaotic world and also from themselves.

The many masks of adolescence

There are many masks – the smart alec, the clown, the jock, the bully, the cool dude, the shy mouse – usually with long fringe hiding their face. They especially need this mask at school as it is really much like a war zone for boys – so many rules, expectations, different teachers, classes and being challenged to do tasks they are not sure they can conquer.

Listen to This Glorious Mess, our podcast for parents of little kids and big kids. Post continues below.

Many boys are struggling with heightened levels of anxiety that they mask and have no understanding they even are having as they simply mask anything that may suggest vulnerability of any kind.

At the same time as the brain pruning there is an increased production of testosterone and a hunger for creating dopamine, the feel-good neurochemical that comes from having fun, doing risky stuff, watching scary things, gaming and doing physical activity that they love.

Boredom, being threatened by figures of authority, lack of movement and being asked to do things that they consider have little relevance to them are serious good brain chemical killers.

If you are struggling with your son’s gaming passion, knowing that it ticks all his passions – fun, risk taking, winning, making dopamine, playing with others and having people who like him share the experience – maybe you could try my 10 Agreements for Healthy Balance.

A sobering statistic shows that your chances of dying during adolescence especially for boys increases by 400% especially in rural areas where four beautiful boys can be killed in a car accident after just two seconds of poor choice making.

Making poor choices has a lot to do with an insufficient amount of myelin – the white matter that grows with age – and boys often make the same mistake again and again.

Many deputy head teachers will attest to this frustrating reality. You need a significant amount of myelin to make better choices, the ability to plan for the future, to motivate oneself for an academic goal, especially if there is no guarantee of success, to learn from your mistakes, to delay gratification from feeling good in the moment, to manage impulses – especially the need to fart loudly in class-and to feel empathetic towards your frustrated mum – are all attributes of the executive functioning part of the brain that does not finish developing until around the mid-20s. Still, keep sending him links like this.

I found 14-year-old boys have the worst impulse control and love to use their hunger for body connections with their mates randomly – shoving, pushing, slapping, sitting on and bumping  –and just laugh when sanctioned or even when they hurt one of their mates. It can be beyond frustrating.

The biological wiring to belong with friends and peers is another factor that explains much of the Neanderthal-style behaviour that happens in many classrooms. So many boys of this age call out inappropriate things in class: “Look who’s got a stiffie!” or “Jenny farted Miss!”. To get all your mates laughing with you is incredibly important to the developing boy-man. It means I belong and I matter. It also makes some positive brain chemicals that help them be less aggressive and angry.

Sadly many boys around this age are punished harshly when they do break things accidentally or when they hurt a mate. Their intention was to have fun and connect more deeply with their friends and not to hurt anything or anyone. They will immediately become very critical internally at themselves and when they are not heard or understood, it can create an irrational anger that often comes out later at sport, or at home. Having these ‘bugger’ moments managed with compassion can make such a difference for our impulsive, fun loving adolescent lads.

14 -year-old boys are emotionally fragile and cover this with many of the behaviours that make mum especially frustrated. I once worked with a lad this age after he almost took his life and he shared with me that his mum had frozen him out after he had a lousy report. He thought she had stopped loving him and he did not want to live without her love. Freezing out is a female way of expressing displeasure that girls and women know well boys do not see it the same way.

I have also worked with a 16-year-old lad who again was almost lost to our world because his mum wanted him to take maths and science subjects when he wanted to an arts course as he loved music. She told him he would not be able to live well or be successful if he did the arts course. He almost preferred to die than to disappoint his mum. Fortunately, this was able to be resolved.

Our 14-year-old boys can be smelly, unmotivated, lazy, moody and confused at the same time as being frightened, sad, emotionally vulnerable and wanting to do well. A warm unconditionally loving relationship with their mum can be unbelievably important.

So my suggestions to the mum who is incredibly frustrated and confused:

Thankfully 14-year-old boys are only 14 once and as they get older they mature and become better at managing their brains, hormones and bodies. If you can hold their hearts gently while they are 14, they will love you forever mumma.

Maggie Dent is a parenting author, educator and host of the ABC podcast Parental As Anything. She has written extensively about teen boys in her 2020 book, From Boys to Men (Pan Macmillan Australia), out now. www.maggiedent.com

Reply
Upvote
So interesting. Love Maggie so much.
S
stclair 9 months ago

Reply
Upvote
2 upvotes
Adolescence is a very important stage in life. Its where the catapiller becomes the butterfly. Be a parent, give space and patience.
K
km 9 months ago