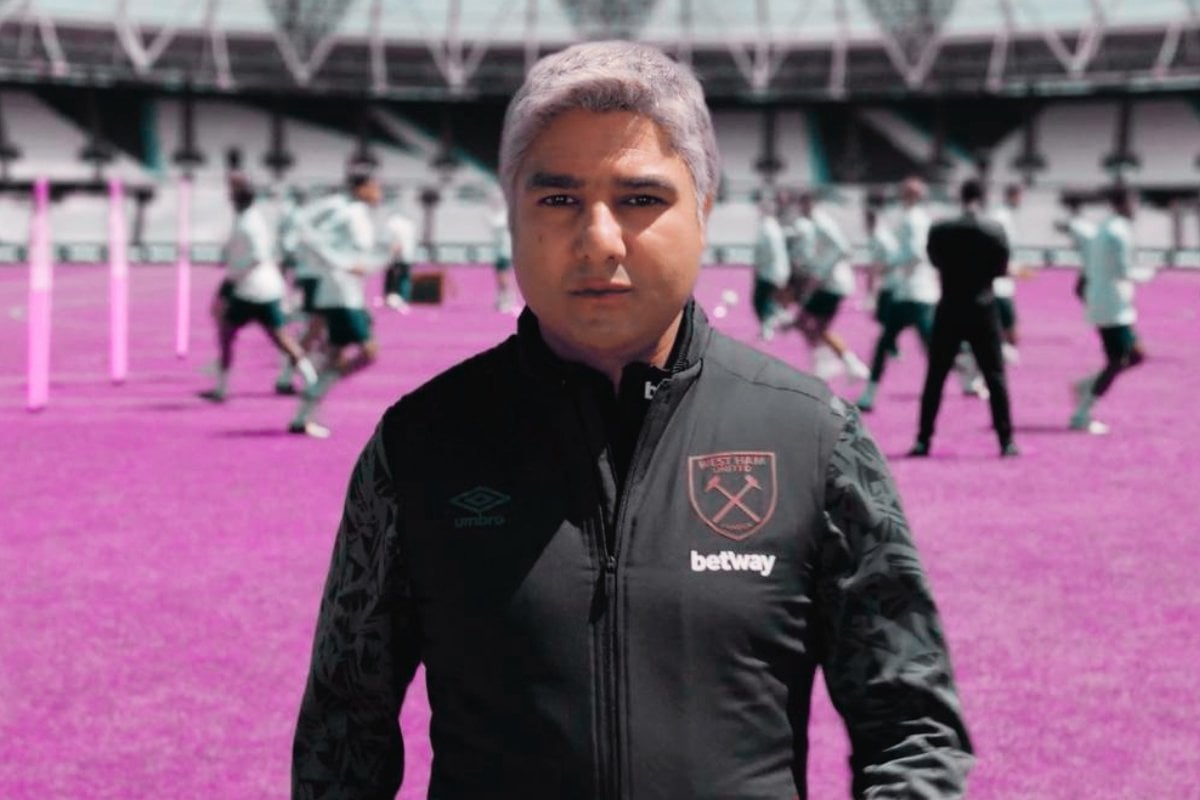 On the surface, Ted Lasso appears to be a show about a happy fella with a great moustache who just wants everyone else to be happy too.

A sitcom about a shouty man who likes to swear a lot but will do anything he can to help the ones he loves.

A dramedy about a recently divorced woman who's enjoying getting revenge on her philandering ex-husband.

And a series about an underdog who finally gets his big break.

But the season two finale of Ted Lasso proved it's not a show about what’s on the surface.

It’s a show about what’s buried deep inside all of us, underneath the carefully constructed personas we put on each morning to get through the day. It’s a series about the messy stuff. The stuff that keeps us up at night. The stuff that rattles around our brains, informing all our decisions, and making us repeat the same mistakes over and over again.

In its second season, all that stuff came bubbling up to the surface.

We can see now that Ted Lasso is a show about mental health. It’s a series about failure. It’s a dramedy about facing your demons. And most importantly, it’s a show about the damage our parents (usually unintentionally) do to us and how that can impact the rest of our lives.

Ted Lasso is one big therapy session and that’s why we're all so drawn to it.

This season we learnt that underneath his sunny persona, Ted (Jason Sudeikis) suffers from anxiety, depression and panic attacks. It was revealed during his (reluctant) therapy sessions with Dr Sharon Fieldstone (Sarah Niles) that this stems from his father ending his own life when he was just a teenager and Ted discovering his body.

Ted, the cheerful, glass half full persona, is merely a mask he wears to get through each day and to hide the deep pain and sense of abandonment he feels from his father’s suicide.

We learnt this season that Ted is not a perfect person, he's neither a good guy nor a bad guy. He's a deeply troubled and flawed person, and while he might have the best of intentions, he is also a father who abandoned his own son.

We also discovered that Rebecca Welton (Hannah Waddington) walked in on her father cheating on her mother when she was a teenager and she resented him for the rest of his life.

Her relationship with her father and his betrayal has impacted all of her relationships with men and her ability to be vulnerable and let someone (like the lovely Sam Obisanya) into her life.

Like Ted, Rebecca’s actions and reactions throughout the two seasons were heavily influenced by her relationship with her father and what she perceived as his betrayal of her mother.

And finally, we have Nate Shelley.

Nate had the most dramatic character arc of the season, going from "Nate The Wonder Kid” to “Nate The Betrayer”.

While Nate’s act of betrayal and final descent into villianhood may have come as a surprise to many, the clues were there throughout the season. Nate’s behaviour had everything to do with his relationship with his father. Nate’s father was stern and dismissive and didn’t seem to see Nate or appreciate him.

Nate grew up feeling like he could never impress his father or even get his attention. In season one, when Ted came into his life, Nate turned him into a replacement father figure.

Ted gave him the praise and attention that he never got from his father. But in season two, while Ted was dealing with his own father issues, he stopped paying attention to Nate. And Nate felt unseen again.

This feeling was exacerbated by other people not seeing him, not taking him seriously, and even laughing at him.

He was reminded of how his father made him feel when he wasn't impressed by him booking the best table at the local restaurant for his birthday. And when he was on the back page of the newspaper and his father wouldn't even acknowledge it.

Then he was belittled even more when Roy was dismissive of the fact he kissed Keeley. It was obvious that Roy didn't see him as a threat.

Throughout the season, as he takes on each of these little hits to his self esteem, we see Nate’s insecurity turn into rage. And by the finale episode, he verbally abuses Ted, leaves the game, rips the ‘Believe’ sign and goes to the dark side.

Instead of standing firm and demanding respect from his colleagues, Nate channels his rage into a new job as Head Coach of West Ham United and a new replacement father figure in Rupert Mannion, Rebecca's philandering ex.

Listen: The only two shows you need to watch this weekend. Post continues below.

Nate's slowly greying hair was a clue about his transition throughout the season, and the fact he was moving further and further away from Ted and towards his father and Rupert, but many missed it. Like we missed the signs that he was slowly going to the dark side and preparing to execute the ultimate betrayal.

But Nate is not a villian. Nor is he the happy-go-lucky underdog he was perceived to be in the first season.

Like Ted, like Rebecca, like Roy, Nate is a complex character who makes a lot of mistakes but has also been left damaged by the mistakes of others.

To watch Ted Lasso, is to watch a bunch of flawed adults try to recover from their past trauma and make healthy decisions for their futures.

Basically, it's like watching ourselves but with wittier dialogue and a fun Christmas episode.

And that's the brilliance of Ted Lasso.

It hooked us in with a happy fella with a moustache, football and a catchy chant (He's Here's, He's There, He's Every F**king Where) and ended up giving us a sneaky therapy session.

You can watch both seasons of Ted Lasso on Apple TV Plus now.