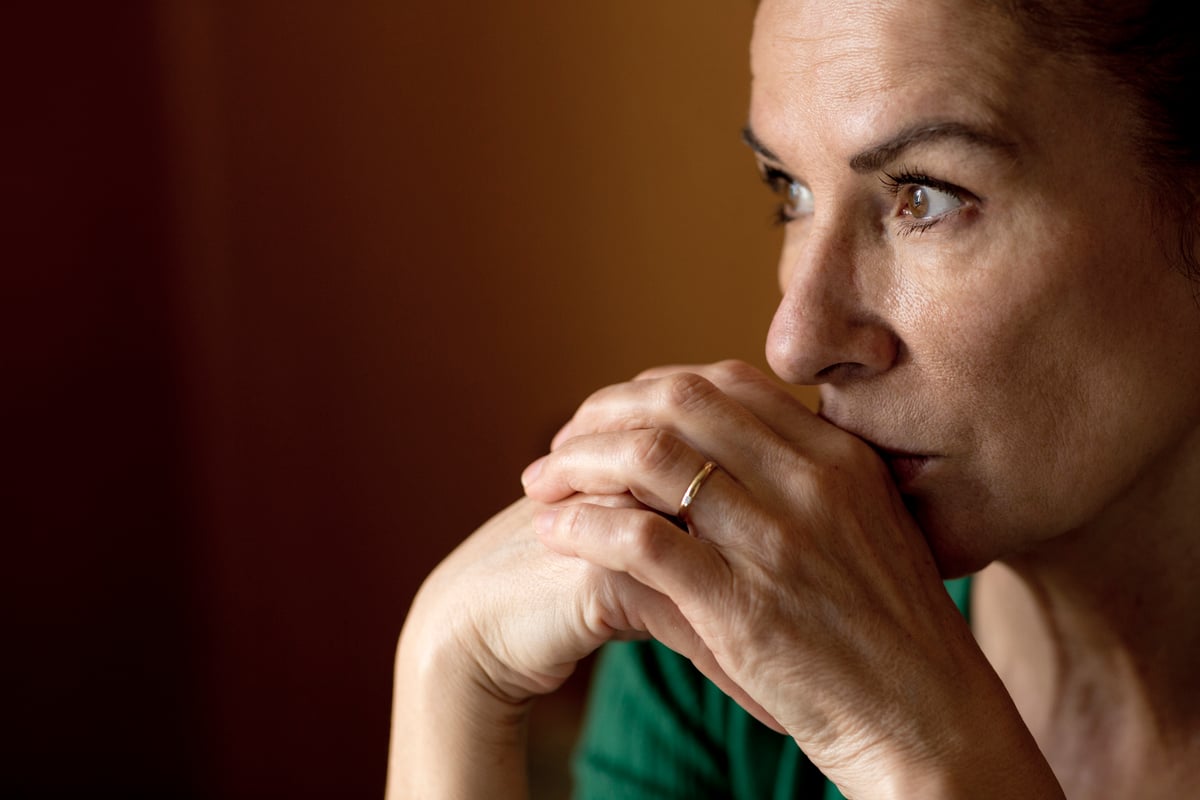 This post discusses sexual abuse, domestic violence, depression and anxiety. It may be distressing to some readers.

As a child, I witnessed teaching consume my mother’s life. Most afternoons, Mum would come home completely exhausted and often distressed.

My brother and I suffered the effects of her workload – bringing home reports on weekends, working on lesson plans late at night, writing programs and doing online courses. Mum put all her time into her career and the kids she taught, and my brother and I often fell by the wayside growing up.

Watch: 5 lifestyle hacks to help with your depression. Post continues after video...

There are days she would be in tears, entirely overwhelmed, or afternoons she would be so worn out that she would go straight to bed - but it has never stopped her from doing her job. Not only has the workload and pressure of being a teacher for 34 years taken a toll on her mental health, but she has also experienced many vicarious traumas while teaching.

She began her teaching career at a notoriously rough school. While working at this school, a student’s mother publicly took her own life, another student was shot with an air rifle at school, a cleaner was assaulted on school grounds, a person who attempted to rob a nearby store with a knife walked through the playground, and a student even threatened to kill her.

After this, she moved on to a new school. Here, a student lost his mother to brain cancer, and his father died two years later of alcoholism. Another mother was held at gunpoint by her boyfriend, and when she managed to escape, she had to remove her children from class before he came looking for them.

In 2013, bushfires threatened the next school she taught at.

The entire school was evacuated to the local sports club, and the staff were asked to remain there until the last child had left – which was almost midnight. Even though the school had closed the next day, teachers were expected to be at their nearest open school the morning after. The students were given access to counsellors onsite after the bushfires, however; the teachers were not.

She has taught countless children who have experienced domestic violence - once a student’s father killed his mother and attempted suicide. She has also taught children who have been sexually abused by their parents.

Mum has been exposed to all this – and more – because of her occupation, and the lack of support is appalling.

Exposure to these traumas has severely impacted her mental health, and the only support offered is a number for the Employee Assistance Program, which is a short-term counselling service.

In the past few years, Mum has found it challenging to get out of bed and go to work. She has voiced her feelings and mental health struggles to co-workers, sees a psychologist and participates in so many self-help activities, I’ve lost count. She has made her mental health concerns known, hoping she would receive assistance, or at the very least, understanding.

Listen to No Filter, Mamamia's podcast hosted by Mia Freedman. On this episode, she speaks with Gabbie Stroud on why she gave up teaching. Post continues after audio.

She is doing her best, all while dealing with instances of exclusion, dismissal, lack of communication and not to mention, COVID-19. Recently, it all became too much for her. During a particularly trying day at work, my mum removed herself from the staff room, opening the door with her foot as her hands were full. Because of this, the glass in the door cracked.

This incident was reported immediately, yet Mum’s constant battle with mental health due to her occupation has been overlooked for years. Mum hasn’t returned to work since.

Even though these experiences fall under psychosocial hazards as identified by Safe Work NSW, no action has been taken to support her. Teachers are told to look after themselves and to speak up when they need help, but when a teacher’s mental health is staring the department in the face, they are dismissed, ignored and even reprimanded.

The Department of Education does have mental health programs in place, although they are not easily accessible.

Teachers offer all their energy, sacrifice their spare time, uplift and encourage their students and sometimes, risk their lives to educate others. Teachers pave the way for future generations. They are absolute superheroes, and they deserve more. More respect, appreciation and mental health support than they are given. Especially from the Department of Education.

Samantha Lee Curran is an author and poet/writer living in Naarm (Melbourne). Her work is influenced by personal experience and emotions. Her work has been published through Stereo Stories, Anaerkillik and Witch Way Magazine.

Reply
Upvote
I felt like I wrote this, so broken. I too experienced this all in Aus. It's a disgrace. Site leader for 17 years. My GP was present at meetings and was shocked at the treatment and manner in which they presented themselves, spoke, and approached it all. I was treated like a criminal. The education department was found 100% liable in my commission hearing and case. Don't be afraid to go down that line. Get a support network together and stay strong. Allow yourself time and space to heal, its going to take years for me, I will never work at that capacity again, I have long term damage. It was my career, I was good at it and made a difference in children's, educators and families lives.
Its such a broken system and they bury their heads in the sand. You are a number. They have 27,000 employees...... Next!
Loosing brilliant educators, with so much knowledge and worth.
A
alessandra.z87 19 days ago