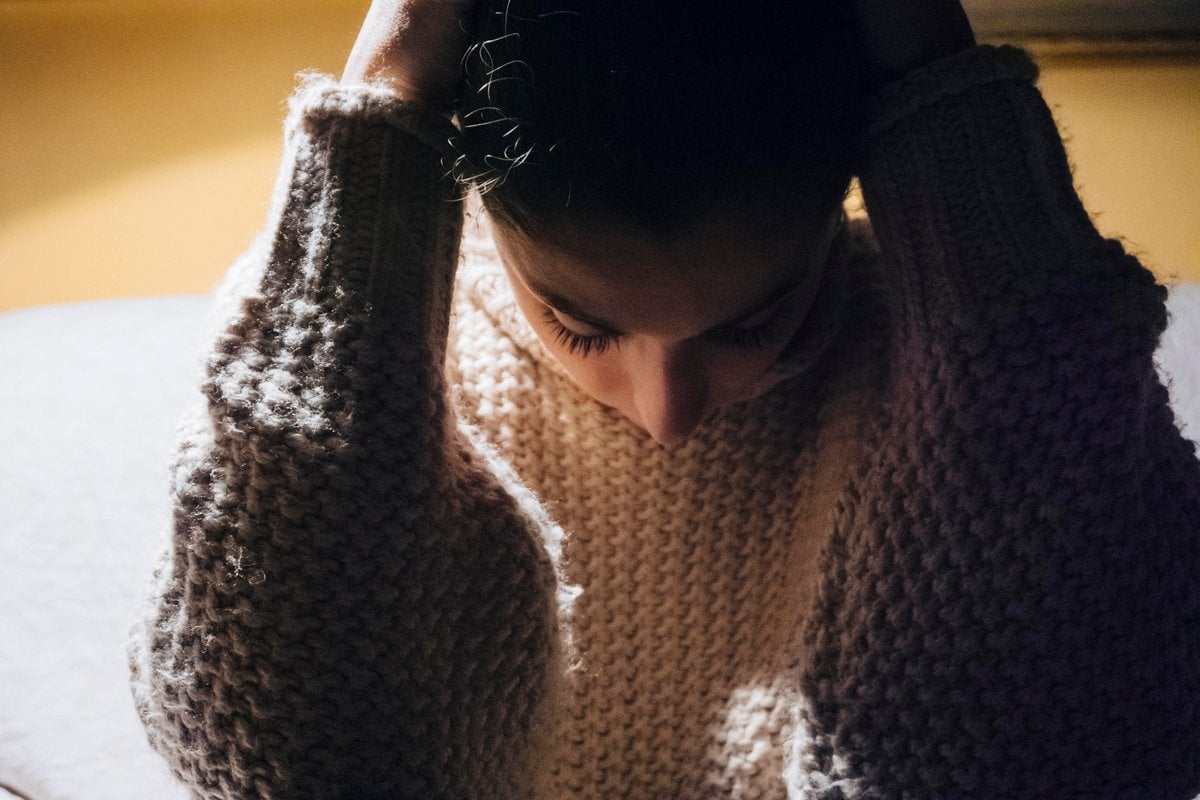 A few weeks ago, Kaz* gathered with her fellow high school teachers to inform their students that a classmate had taken their life.

Kaz isn’t a trained psychologist, she points out. In her own words, she is an “everyday teacher” who taught this student. Delivering the news, she feels both the intense sadness of losing a person you know to suicide, and the weight of having to tell a group of teenagers about the tragedy - the 'right' way.

“It was absolutely devastating,” she recounts.

Almost immediately, there were questions directed at the school as to who was responsible.

“The parents just came directly to the school asking, ‘What did you do? Why didn't you do more?’”

After the year they’ve had, their comments were, in Kaz’s view, as unsurprising as they were unfair.

"One parent told me the other week that if their child [hurts themselves], it's my fault."

Kaz is a 28-year-old English teacher from Queensland who works at a state school. She’s been a full-time teacher for seven years now, but these past 12 months have been different. Of course, the pandemic has caused devastating disruption to all. But some places and some people have felt it particularly hard, and few more so than our schools.

Watch: Here are some of the things that teachers never say. Post continues below.

When Mamamia reached out to teachers about the reality of being a teacher right now, we were inundated with responses from all corners of the country, telling very similar stories.

In the face of an unprecedented year, the job of already over-worked teachers now includes dealing with the collective fallout of the pandemic among their students. That means managing the fragile mental health of many young people, as well as dealing with their own. In the midst of the uncertainty, lessons have been lost and accountability has vanished. Many teachers told us their priorities have shifted from educating students to counselling them.

Of course, keeping an eye on the mental wellbeing of students has always been a crucial and critical part of the job, Kaz shares. But never has it been the vast majority of her workload, leaving little time left to focus on the quality of the content they are teaching.

“At the start of the lesson, I'll start to teach and I'll look around and see a kid crying. So I pause the lesson to talk to that kid and then come back and restart the lesson. Then another kid's having a breakdown about what the work is. Then another kid has hurt themselves so they've got to go to student services. It's just constant. I have kids coming up to me at all times wanting to talk about what's going on at home.

“It just feels like we are being asked to be parents, nurses, counsellors and psychologists. We are given no time to actually educate.”

And the severity of the mental health issues in students is alarming.

“I had a Year 11 student email me the other night at about 7pm, saying her friend wanted to hurt herself. So I had to call the Principal of the school, who got in touch with the parents. Then I'm just hanging around at night, thinking, ‘Has anything happened? What if I hadn't seen that email?’”

Kaz says before the pandemic, she would be contacted by a disgruntled parent about once a term. Now, she speaks to one about once a week. Her colleagues have had the same experience. 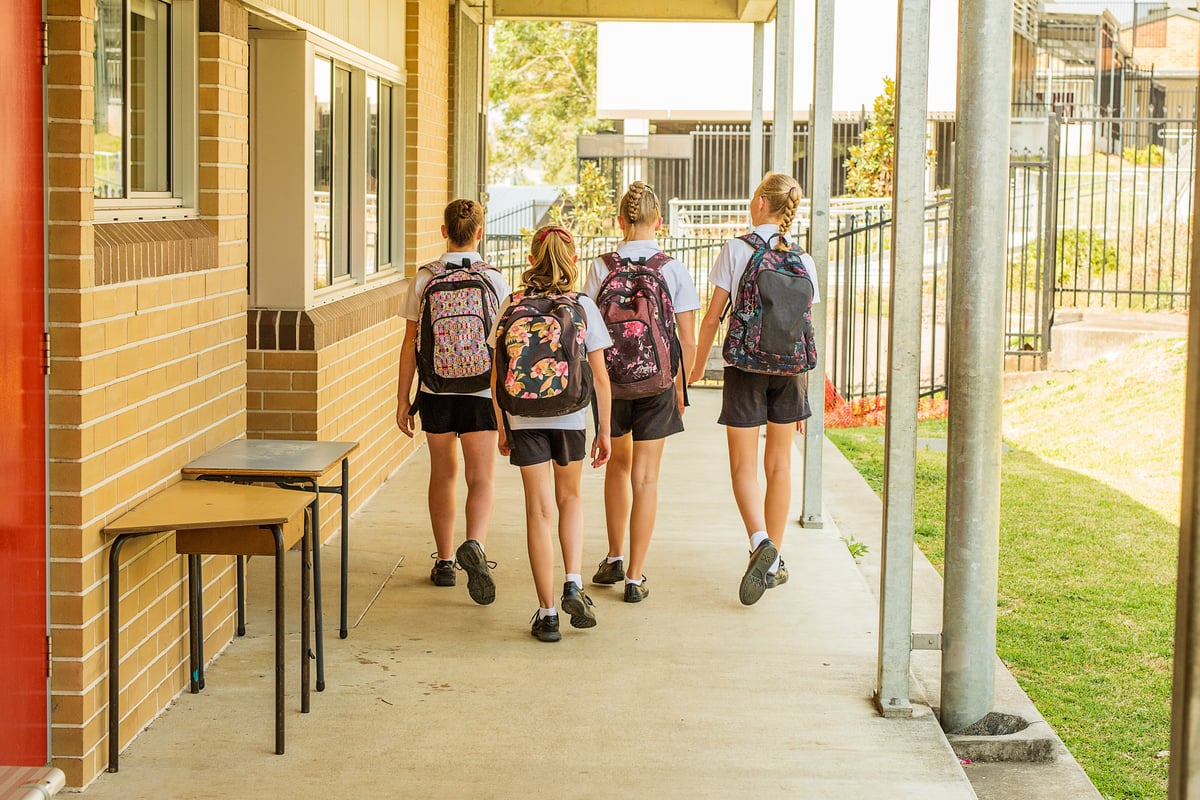 Kaz says her job has changed from educating students to counselling them. Image: Getty.

“Everyone is just so mad and angry and the pressure on teachers is just too much.

"Of course there are plenty of lovely parents,” she clarifies. “It's just the difficult ones are really loud and they take up a lot of time and a lot of space.”

The constant blame has, inevitably, made her feel less valued.

“We are the first to get the blame and the last to get the credit,” she says. “Any time anything goes wrong in a student's life, it somehow comes back to the teachers. But then if a student does really well in something, we never get the appreciation.

“We're essentially glorified babysitters and the pandemic's really shown that which has been quite hurtful."

But the lack of appreciation doesn't just come from the community, Kaz explains. It comes from the government, too. When lockdowns occur, teachers stay on the frontline - despite not being eligible for the vaccine.

“Everyone in Queensland was locked down recently except for teachers and schools. Why aren’t we locked down? We haven’t been vaccinated. So we're treated like essential workers, but we're not vaccinated...

“It feels like we're just here to look after kids so that their parents can do more important jobs.”

Listen: Why so many teachers are quitting. Post continues below.

When Kaz goes home at night, the stress is intense.

Kaz has certainly considered quitting the profession. It's a conversation she says she's been having more often with her colleagues. But her desire to educate students and instil in them a passion for learning stops her - at least for now.

From the responses Mamamia received from other teachers, Kaz certainly isn't alone. Nearly every teacher who spoke to us said they didn't feel valued by the community around them.

When the world changed, so did our schools.

And it's teachers who are picking up the pieces.

Our dear teachers, let us support you during these hard times by helping keep your students safe online with the Safe on Social Schools Toolkit. It's the digital ‘survival kit’ arming teachers with everything they need to know to keep their students safe online.  Request more information now.

Reply
Upvote
3 upvotes
Mate it's not that the kids have no resilience, a big part of it is they aren't hopeful for their futures.
They're looking down the barrel of climate catastrophe, only insecure work being available, never being able to have their own family, and probably never going to have their own home.
It is terrible for one's mental health when you see the world teetering on collapse, and the people in charge rearranging the deck chairs.
C
cat 10 months ago

Reply
Upvote
2 upvotes
If parents are holding teachers responsible for mental health, what exactly are parents in charge of these days? Just feeding & bathing them?

Teachers should be a safety net & support system for kids, as should every adult, but parents should always be the main people looking out for their wellbeing.
P
poodletime 10 months ago

Reply
Upvote
1 upvotes
@cat Quite honestly - perhaps parents are just responsible for feeding and bathing - and not necessarily even the feeding bit! Children undertake full-time working hours at daycare from before they can walk and talk. I know so many kids that spend more quality time with carers/teachers than with their actual parents. Not having 2 full-time working parents is seen as an Australian failure. Is it any wonder that kids want to chat with someone who knows their peer group? They may not know who else to turn to.
C
cat 10 months ago