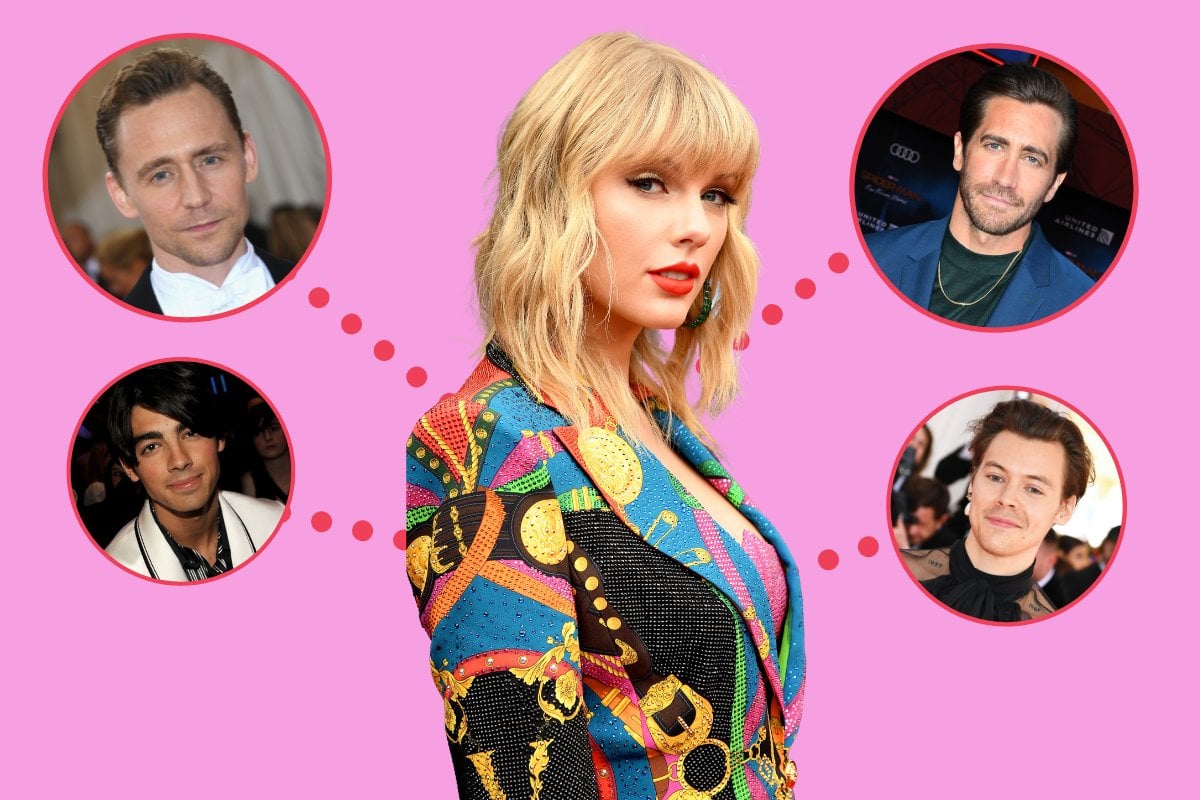 Taylor Swift is the queen of turning a bad breakup into a chart-topping hit.

It's something she's never kept a secret, often joking about how the men she dates need to know that if they break up, there's a good chance she'll use their relationship as material to write a song - or if they're lucky, an album.

Watch the trailer for Taylor Swift's short film, All Too Well. Post continues after video.

With the re-release of her fourth album, Red (Taylor's Version), and a re-surfaced interest in her brief relationship with Jake Gyllenhaal, we thought it was time to revisit the rest of the popstar's famous relationships. 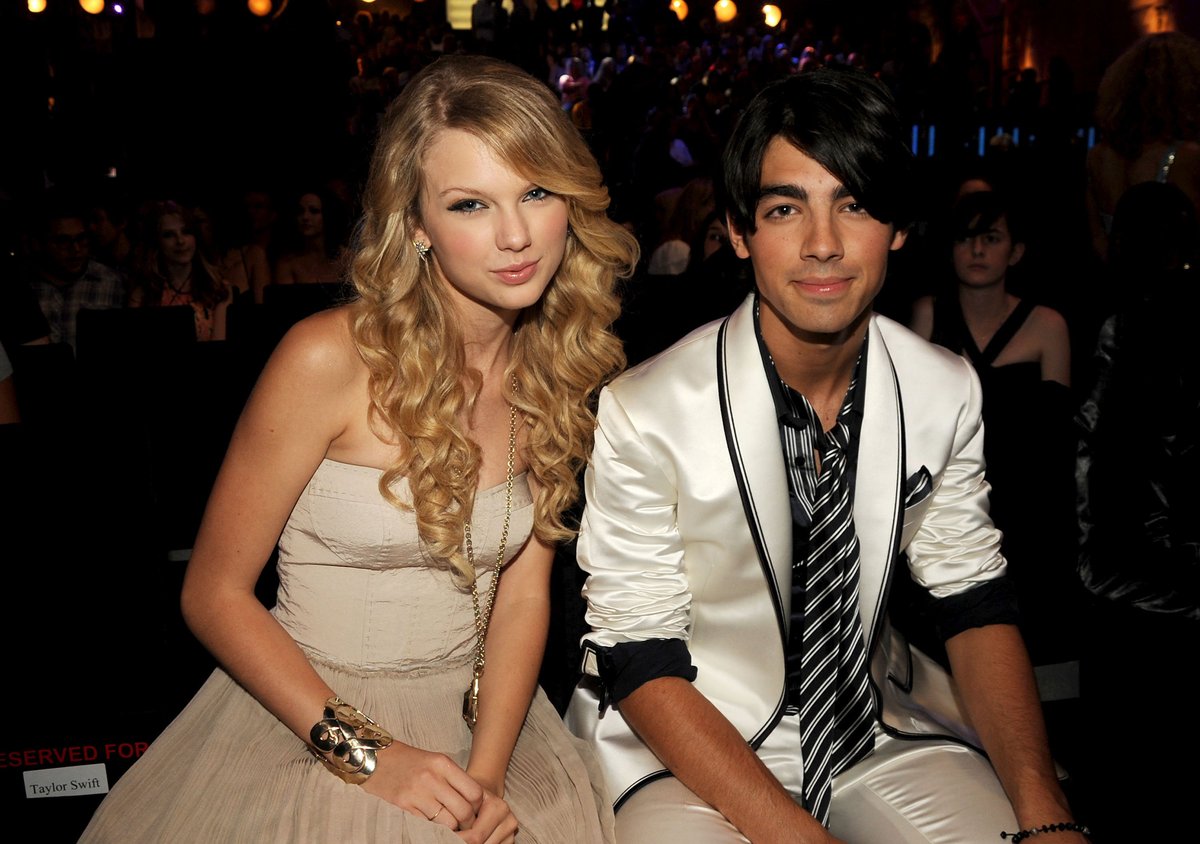 Taylor Swift's first highly publicised relationship was with Jonas Brothers singer, Joe Jonas. The couple dated for a mere three months before Jonas ended it in a pretty brutal way: quickly over the phone (25 seconds, to be exact).

Thankfully, the breakup made for great songwriting inspiration, with Swift's songs 'Last Kiss' and 'Forever and Always' believed to be written about her split with Jonas.

She has since joked about it too during her 2009 Saturday Night Live opening monologue. 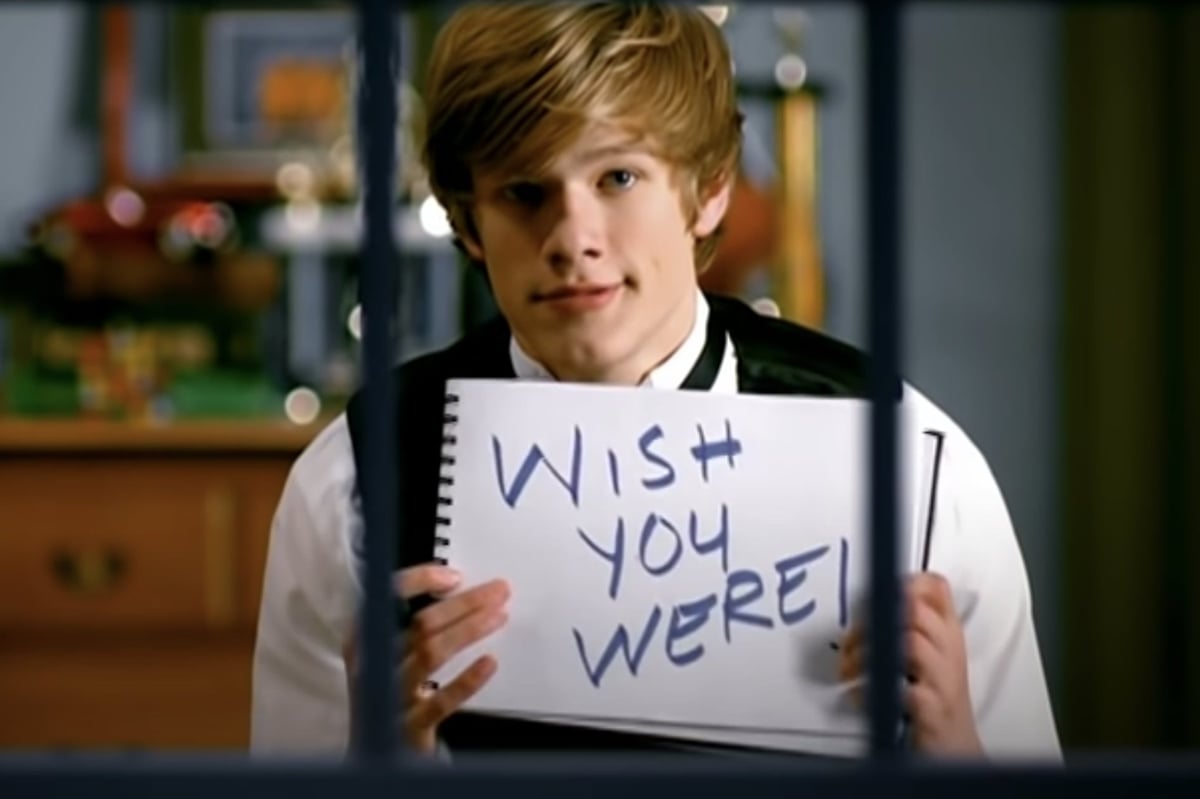 Hollywood heartthrob Lucas Till and Swift dated for a hot minute after the actor played the next-door neighbour and love interest in her 'You Belong With Me' music video.

While Swift never confirmed the couple dated, Till told MTV they briefly did.

"We dated for a little bit. But there was no friction because we were too nice. We just really both liked each other…[but] most relationships work out ’cause you get along and then you don’t, and then you make up and it’s passionate, and with us, I really just liked her as a friend. That’s the only reason that didn’t work out," he said. 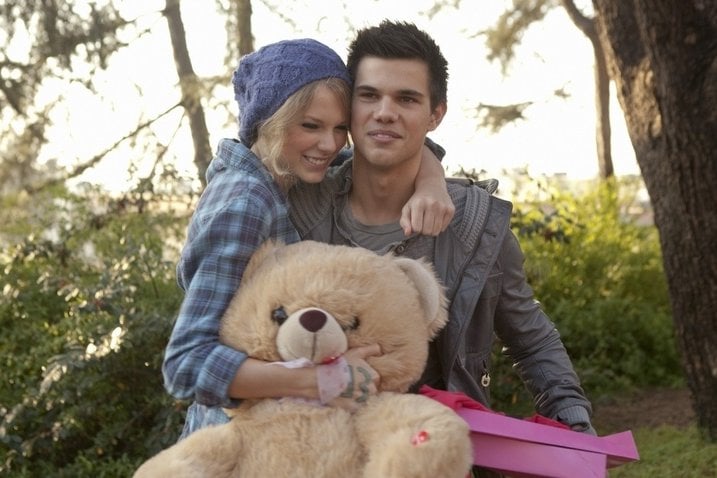 After playing an over-the-top in-love couple in the 2010 rom-com Valentine's Day, Taylor and Taylor dated IRL.

The singer allegedly wrote the song 'Back to December' about Lautner, and when asked what he thought of the song in 2016, the Twilight actor said: "That’s what she does." 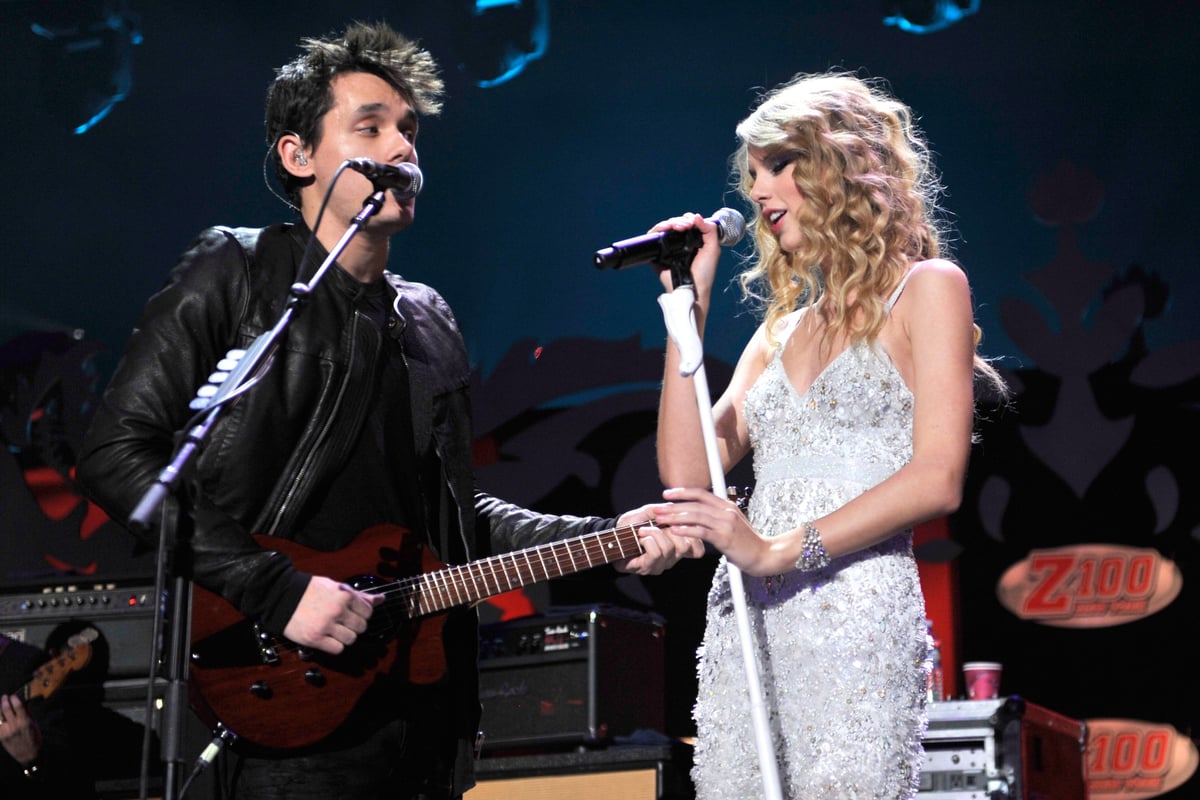 John Mayer and Taylor Swift dated briefly after they collaborated on his song 'Half of My Heart,' but things quickly turned sour.

Following their breakup, Swift wrote a song titled 'Dear John' (which clearly didn’t hide who it was about), and Mayer was not happy about it.

"I never got an email. I never got a phone call. I was really caught off guard, and it really humiliated me at a time when I’d already been dressed down," the singer told Rolling Stone in 2012.

"I mean, how would you feel if, at the lowest you’ve ever been, someone kicked you even lower?"

"I will say as a songwriter that I think it’s kind of cheap songwriting. I know she’s the biggest thing in the world, and I’m not trying to sink anybody’s ship, but I think it’s abusing your talent to rub your hands together and go, 'Wait till he gets a load of this!' That’s bulls**t," he added. 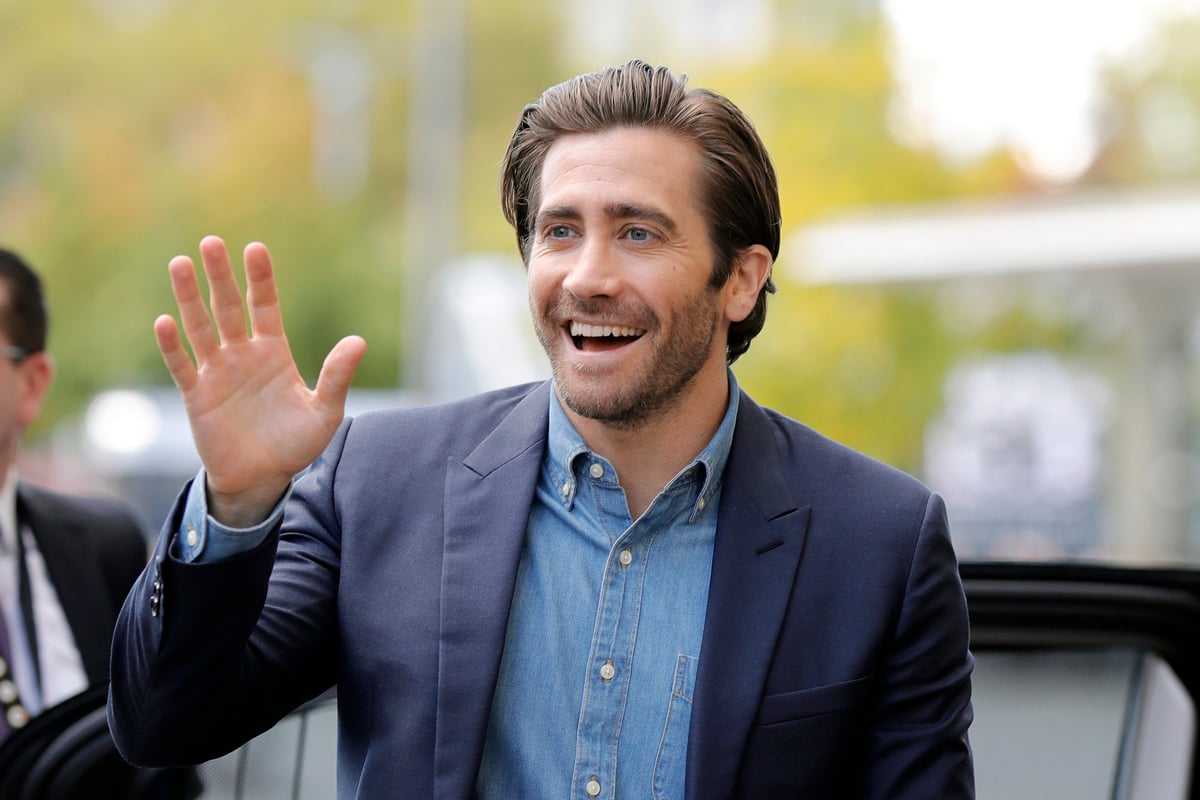 The relationship the whole world is talking about right now: when Taylor Swift dated Jake Gyllenhaal.

In 2010, Swift, then aged 20, had a short-lived, highly publicised relationship with 29-year-old Gyllenhaal. The couple were regularly seen together in New York City and Los Angeles, with paparazzi photos of the couple walking hand-in-hand becoming somewhat iconic.

The relationship ended after a few months, with Gyllenhaal supposedly calling it quits because of their age difference.

In 2012, Swift released her fourth album Red, which included many references to Gyllenhaal in songs including 'All Too Well', 'We Are Never Ever Getting Back Together' and 'The Moment I Knew'.

In November 2021, Swift released the re-recorded Red (Taylor's Version) - the second release in her plan to re-record all the albums she does not own the masters of - which once again reminded us of the couple's relationship.

While she's never confirmed the songs are about the Love & Other Drugs actor, she also released All Too Well: The Short Film, based on a previously unreleased 10-minute version of the fan-favourite song.

The film stars Sadie Sink, 19, and Dylan O'Brien, 30, who look surprisingly like Swift and Gyllenhaal back in the day.

Read more: Why the internet cancelled Jake Gyllenhaal this weekend.

While you're here, have a listen to The Spill's analysis of the whole Taylor Swift and Jake Gyllenhaal debacle. Post continues after podcast. 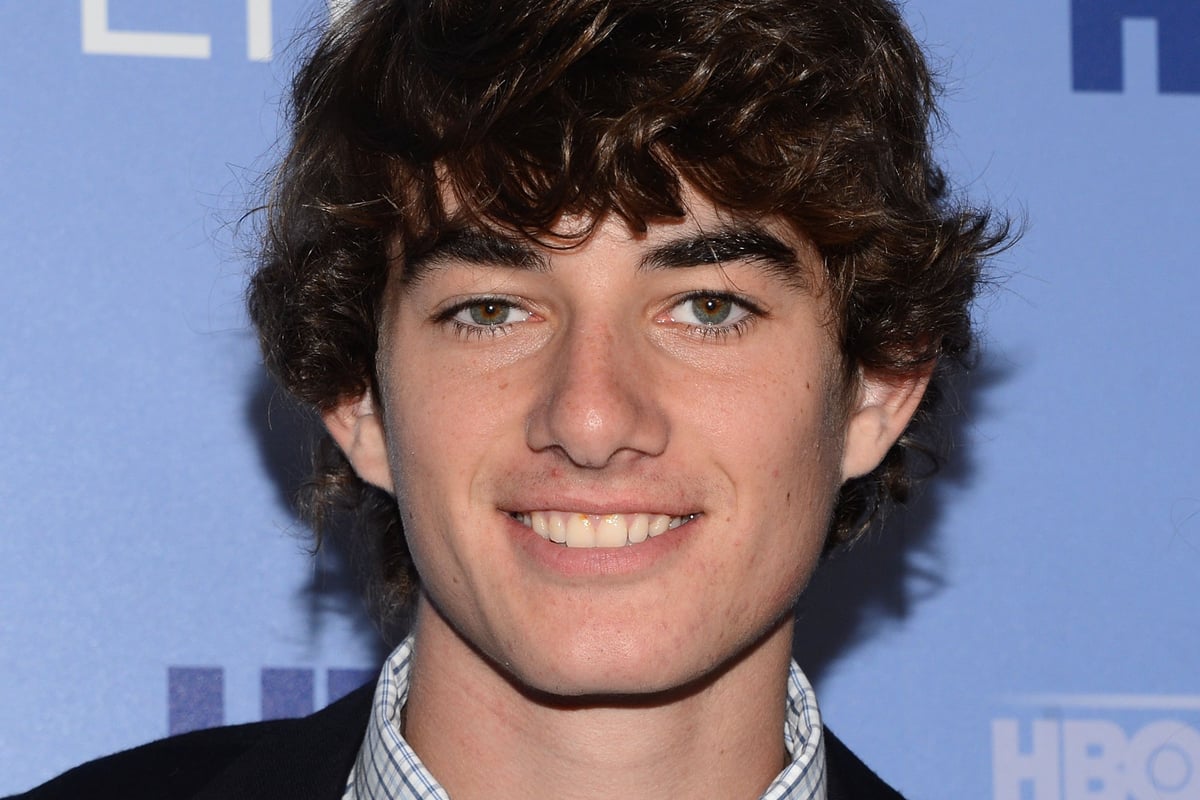 During the summer of 2012, Swift, then 22, dated 18-year-old Conor Kennedy, the grandson of former United States Attorney General, Robert F. Kennedy. But after the couple apparently crashed Kennedy's cousin's wedding, the romance fizzled out.

According to InStyle, Kennedy texted his aunt just an hour before her daughter's wedding to ask whether, despite forgetting to RSVP, he could attend and bring Swift.

While he was told that the singer's presence at the event would distract from the bride's big day, the couple showed up, anyway.

Swift's reps denied the rumours, stating that Swift was invited - but, regardless, Kennedy ended their relationship soon after the whole debacle. 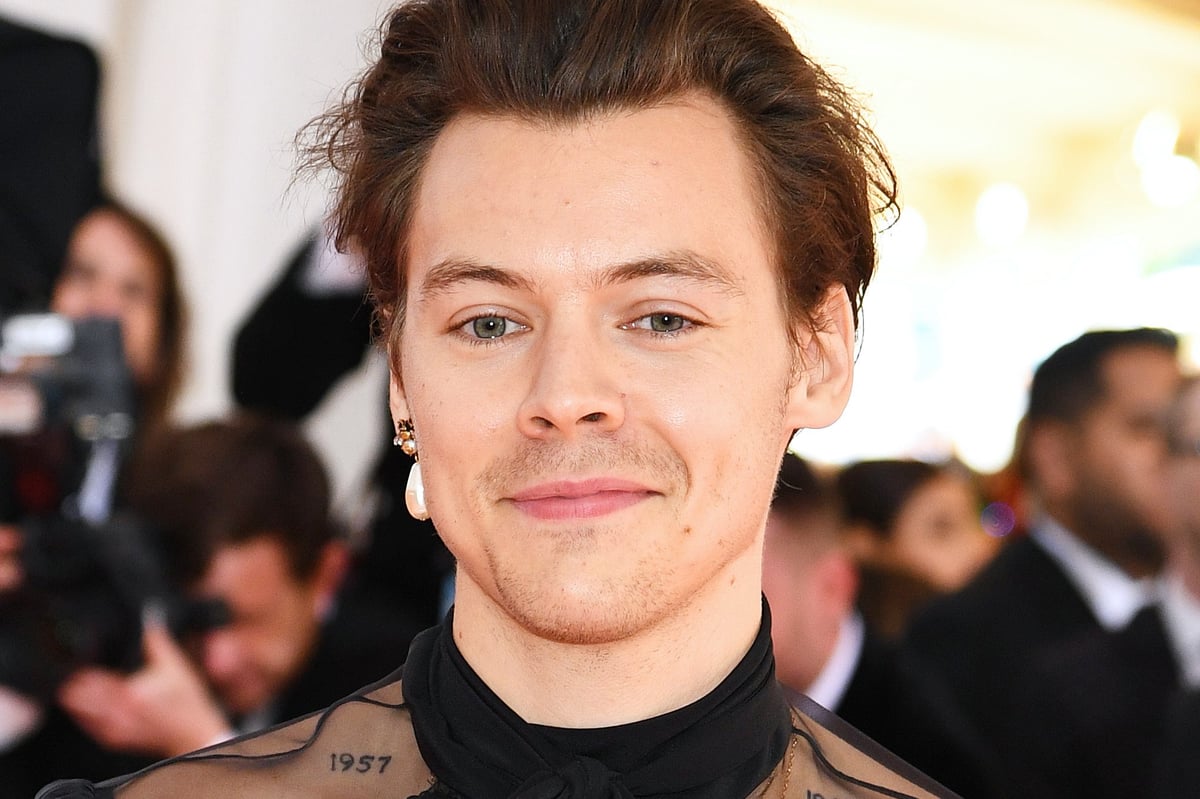 Another highly publicised relationship of Swift's.

The couple, despite only dating for a month, shared paper aeroplane necklaces, strolled through New York City, and even got in a snowmobile accident.

One of her most popular songs, 'I Knew You Were Trouble' was written about the 'Watermelon Sugar' singer, and her album 1989 is also filled with subtle references to Styles - especially 'Out Of The Woods' which mentions their December romance. 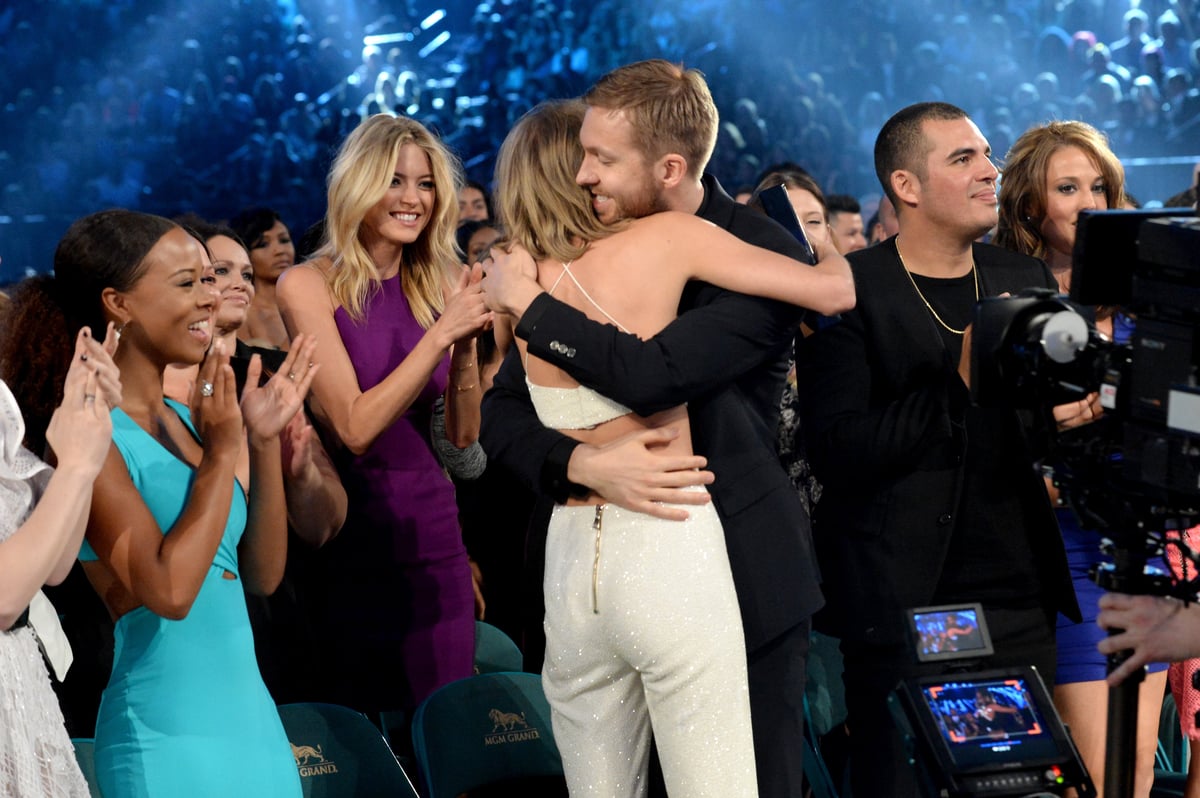 Swift first met DJ Calvin Harris when their mutual friend Ellie Goulding introduced them at the Elle Style Awards in February 2015. By March, they were inseparable.

While their romance spanned over a year and was filled with overseas holidays and appearances at red carpet events together, the couple broke up not long after their one-year anniversary. Multiple reports claimed it was Harris who ended it. 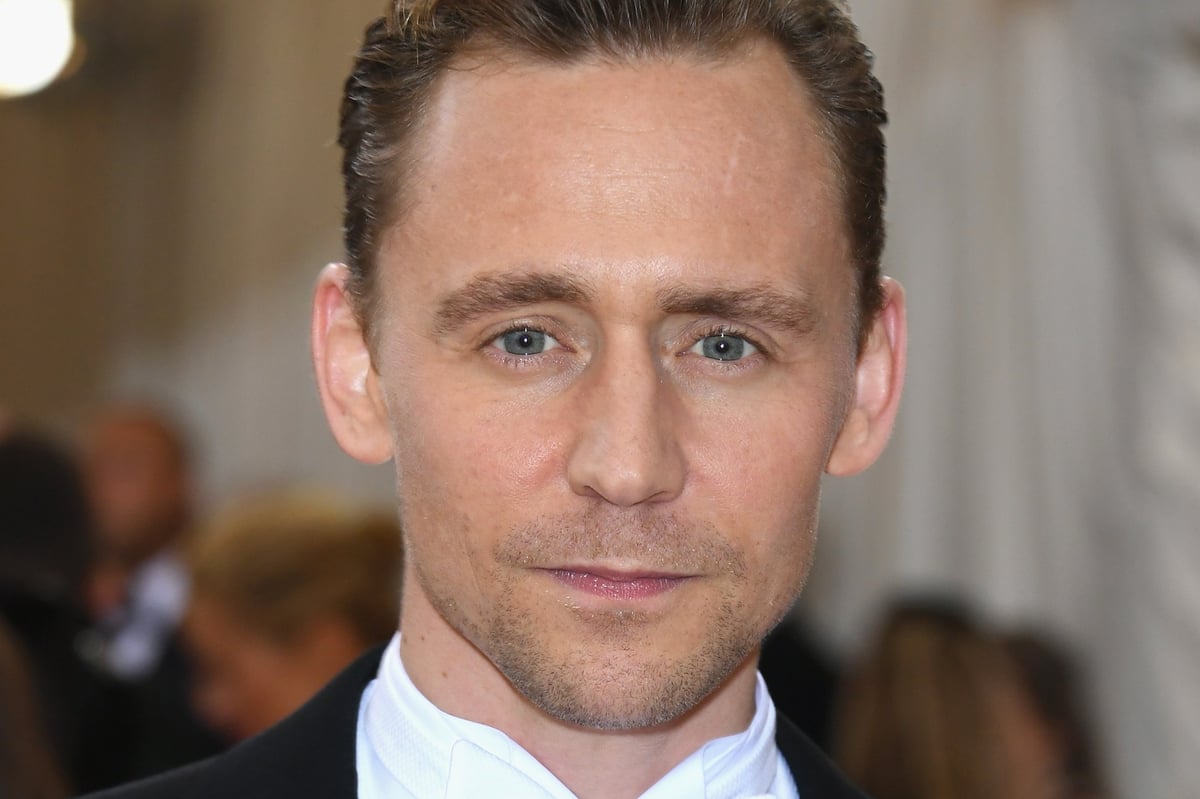 Not long after things ended between Harris and Swift, the singer was spotted kissing British actor Tom Hiddleston on a beach in Rhode Island, which surprised precisely everyone.

The couple travelled all over the world together, to places including Italy, America, Australia and England, before calling it quits just after three months because Hiddleston reportedly wanted the romance to be more public. 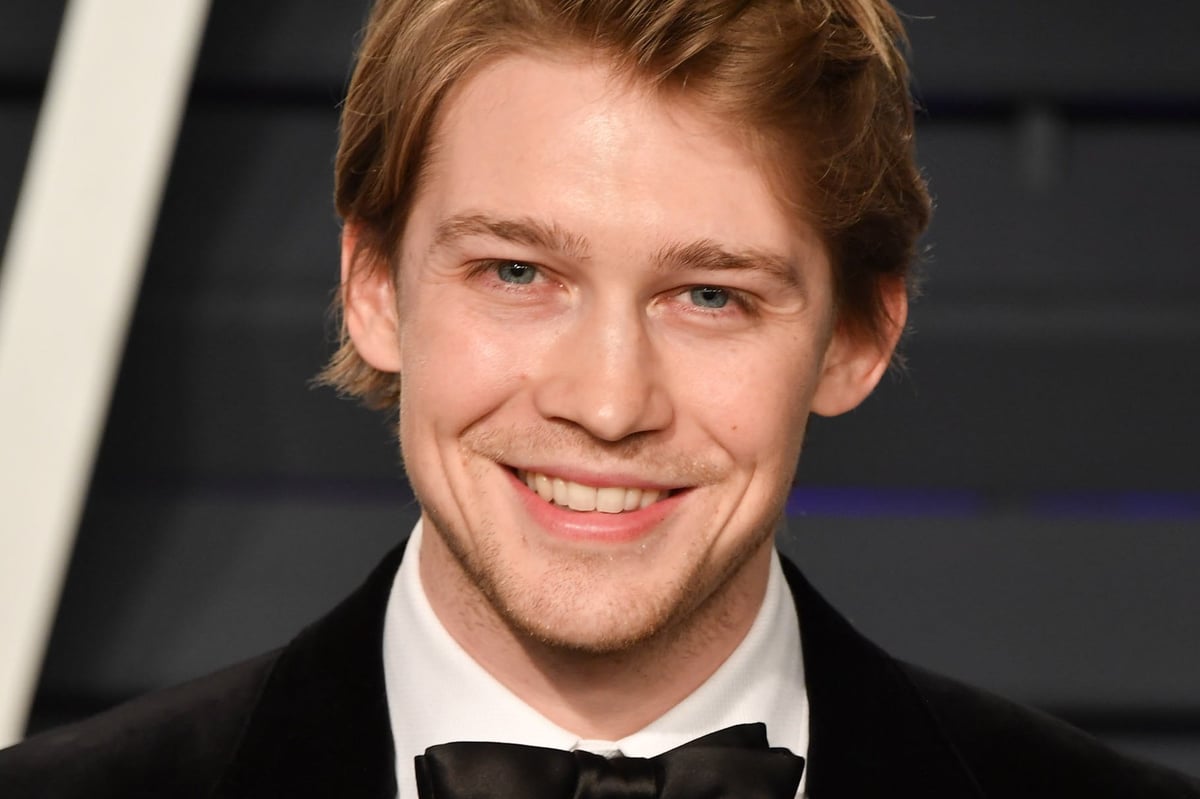 Fast forward to now and Swift and her current boyfriend actor Joe Alwyn have been happily dating for four years. And unlike her previous relationships, she keeps this one pretty under wraps.

In 2020, Alwyn co-produced and co-wrote a number of songs by Swift including 'Exile' and 'Betty'.

While Swift and Alwyn are rarely seen together or speak about each other publicly, Swift did shout out her boyfriend during her 2021 Grammy acceptance speech.

"Joe, who is the first person that I play every single song that I write, and I had the best time writing songs with you in quarantine," she said.

While some reports suggest the couple have secretly got married, neither have confirmed it.

Reply
Upvote
I know there has been unconfirmed media speculation about it but there is no way that I Knew You Were Trouble is about Harry... Look at the timeline. The song was released before they dated
M
mamamia-user-482898552 9 months ago

Reply
Upvote
3 upvotes
....So with the exception of two, all these other "relationships" lasted a handful of months at most. Many people wouldn't even class such short periods of time as a "relationship" so much as a "short fling"! The way she carries on, you'd swear she was in all these long-term, committed relationships that went sour.
Resources
Very Peri
Skin
News
General
Opinion
True Crime
Politics
Sport
Explainer
Entertainment
Celebrity
Reality TV
Movies
TV
Books
Rogue
Royal
Lifestyle
Beauty
Fashion
Weddings
Home
Wellness
Health
Fitness
Travel
Food
Family
Before The Bump
Pregnancy
Baby
Kids
Teens
School
Parent Opinion
Work & Money
Money
Finance
Career
Lady Startup