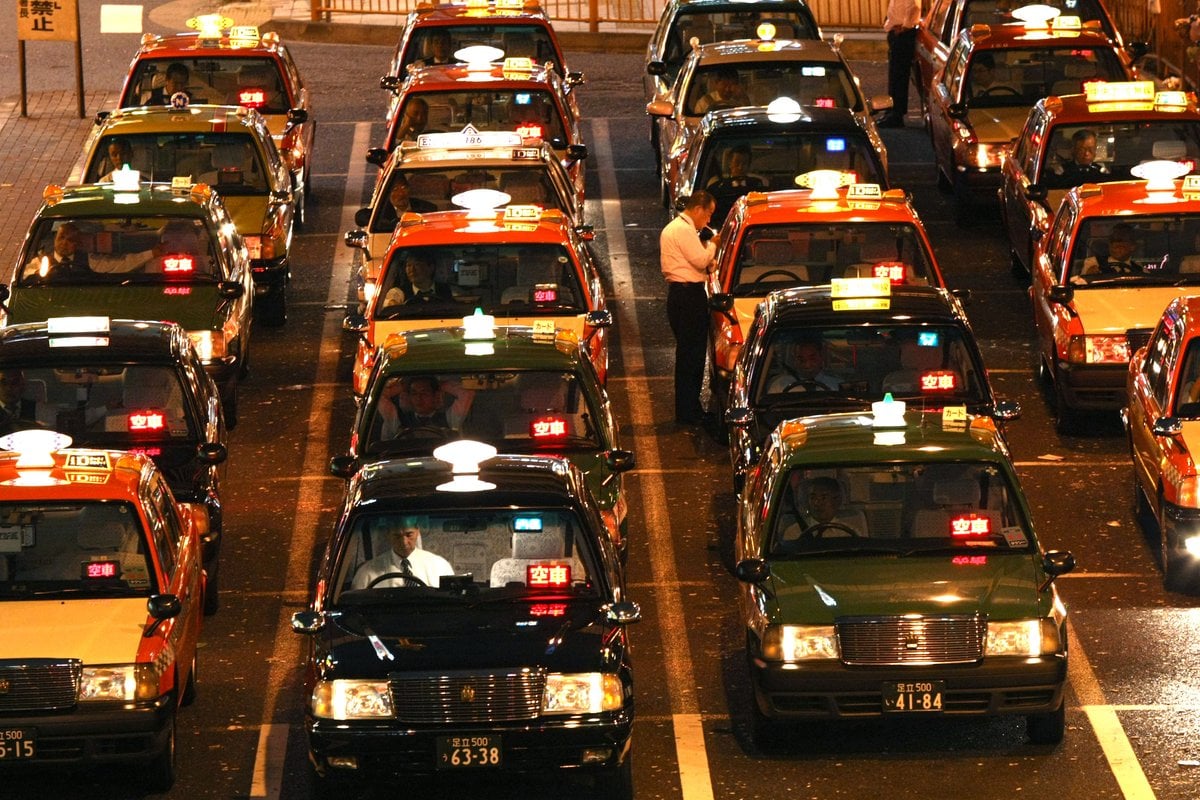 According to the Japanese National Police Agency, more than 15,800 people lost their lives in the natural disaster, while hundreds of thousands more were displaced from their homes.

To date, at least 2,500 people are still reported missing.

The coastal city of Ishinomaki, which is known as a centre for commercial fishing, was one of the most seriously affected areas in the disaster with waves of up to 10 metres travelling inland to the city from the coast.

Entire districts in the area, including the Minamihama district, were completely destroyed.

In total, more than 29,000 residents of Ishinomaki lost their homes, while more than 3,000 people were killed, including an elementary school which lost 70 per cent of its students.

As of 2014, there were still over 400 residents of Ishinomaki unaccounted for.

In the last nine years, the city of Ishinomaki has been slowly rebuilding.

According to The Guardian, more than four million tonnes of debris have been removed from the city, while sea walls, roads and bridges have been rebuilt. 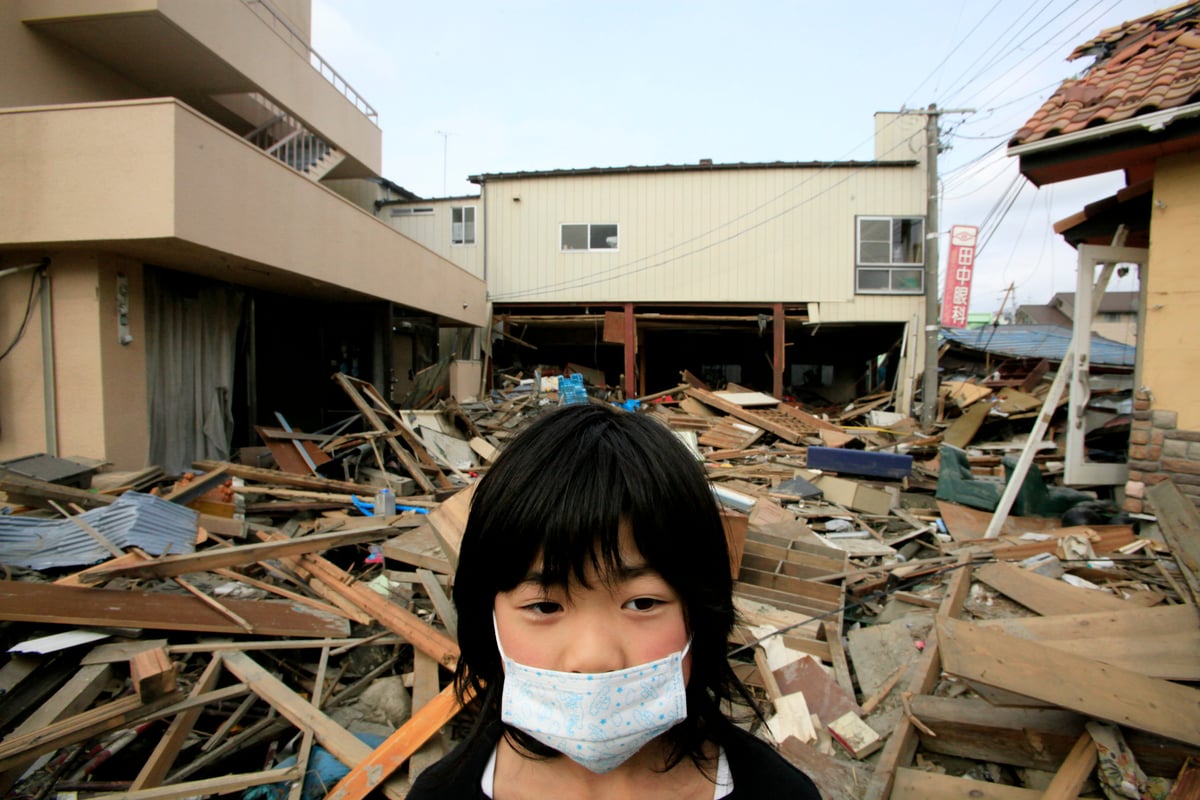 Likewise, schools, shops, cafes, libraries and more have opened across the city.

But as Ishinomaki began to rebuild, some residents reported an eerie experience.

In 2016, Yuka Kudo, a sociology student at Tohoku Gakuin University, interviewed more than 100 taxi drivers in Ishinomaki, according to the country's Asahi Shimbun newspaper.

As part of her thesis, Kudo asked the taxi drivers whether they had experienced anything unusual in the aftermath of the earthquake and tsunami.

While many of the taxi drivers refused to speak to Kudo for her thesis, at least seven drivers recalled picking up passengers who later disappeared.

According to Kudo's research, the incidents began just months after the disaster occurred.

One of the earliest incidents involved a young woman, who hailed a cab near a public transport station while wearing a heavy winter coat, despite the fact that the weather was balmy and warm.

"Can you take me to Minamihama, please?" the woman reportedly asked the driver. 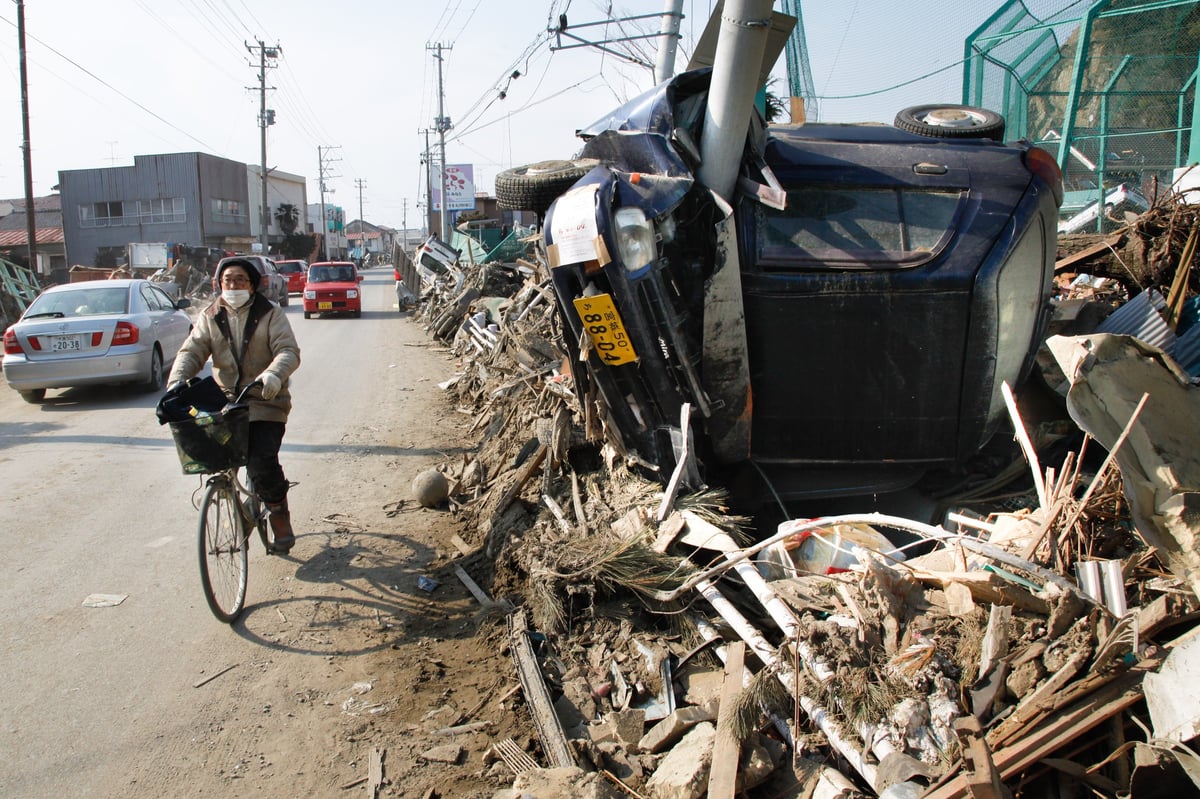 A cyclist passes a car crushed by the earthquake and tsunami in Ishinomaki. Image: Getty.

"There’s nothing at Minamihama anymore," the driver responded.

After a few moments of silence, the passenger spoke again.

When the driver turned around to look at the passenger, she was no longer there.

In another incident, a young man asked a taxi driver to go to the Hiyoriyama mountain. But once they arrived, the man had vanished.

On another occasion, a passenger was asked to be taken to a residential address. But when the driver arrived, he discovered that the house had been flattened in the disaster.

"Are you sure this is the right place?" the taxi driver asked the passenger. However, the passenger was no longer there.

According to The Mirror, Kudo felt that the taxi driver's stories were reliable as each driver had started their meter.

Japanese taxi drivers start the meter once a passenger gets in the car, and taxi drivers are liable for the fare, meaning the drivers had to cover the cost of the 'phantom' fares.

"Young people feel strongly chagrined [at their deaths] when they cannot meet people they love," Kudo told Asahi Shimbun, according to USA Today.

"As they want to convey their bitterness, they may have chosen taxis, which are like private rooms, as a medium to do so."

According to Kudo, the taxi drivers didn't report feeling scared during the incidents.

"It is not strange to see a ghost [here]," one taxi driver told Kudo.

"If I encounter a ghost again, I will accept it as my passenger."

In the years since the disaster, residents have also reported seeing figures lining up outside shops that had been destroyed and in empty residential districts.

Since Yuka Kudo's thesis gained media attention, some have suggested that the ghost sightings were "grief hallucinations".

"The places where people say they see ghosts are largely those areas completely swept away by the tsunami," he said, as per ABC.

"We think phenomena like ghost sightings are perhaps a mental projection of the terror and worries associated with those places."

Netflix's second season of Unsolved Mysteries, which premieres on October 19. will delve into the ghost sightings in Ishinomaki.

Reply
Upvote
"According to The Mirror, Kudo felt that the taxi driver's stories were reliable as each driver had started their meter. "
I'm not sure why this detail makes the stories reliable. It doesn't prove that the passengers disappeared when the drivers talked to them or when they arrived at their destinations.
L
laura__palmer 2 years ago