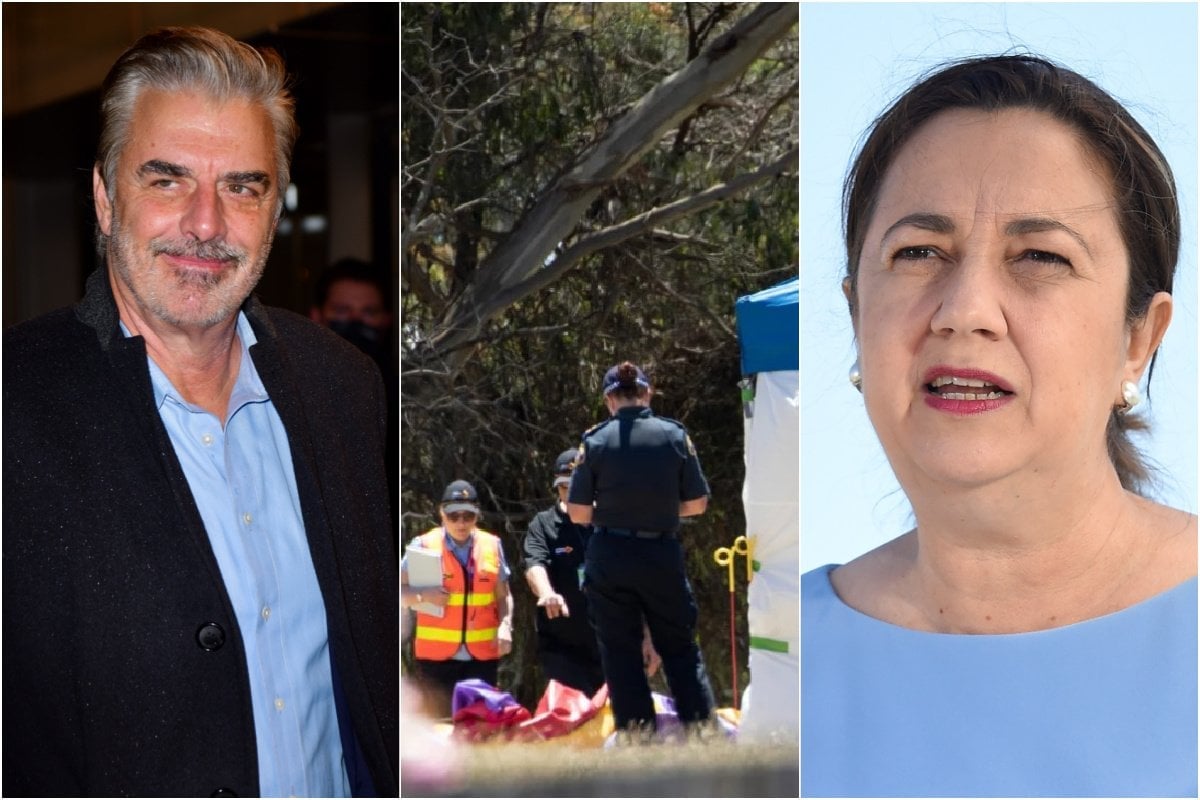 Five children have died in a freak jumping castle accident at a primary school in northwest Tasmania.

Tasmanian Police Commissioner Darren Hine confirmed two boys and two girls died in the incident on Thursday morning, and another five children were in hospital, four in a critical condition and one with serious injuries.

In a statement on Thursday evening police later confirmed a fifth child had died in hospital.

Tasmania Police said the children fell from a height of about 10 metres after the wind picked up the jumping castle and several inflatable Zorb balls.

5 children have died in a jumping castle tragedy at a Tasmanian school. Here's what we know. https://t.co/zoIEb2dvII

Commissioner Darren Hine said an investigation will take "some time" as many witnesses needed to be interviewed.

Police have not revealed many details about how the incident unfolded.

Tasmania's Education Department will provide support to children, families and staff in coming days and into the school holidays, while counselling has also been offered to first responders.

Tasmanian Premier Peter Gutwein passed on his sympathies to loved ones.

"On a day when schoolchildren were celebrating the end of term so close to Christmas, it's simply inconceivable something this shocking has occurred," he said.

The Go Fund Me set up for families of the victims can be found here.

Chris Noth, who plays Mr Big on Sex and the City has been accused of sexually assaulting two women in 2004 and 2015.

The Hollywood Reporter says the actor allegedly preyed on two fans of the show, luring them into private areas before assaulting them.

The two women - named by the publication as Zoe, now 40, and Lily, now 31 - approached the media organisation months apart.

The publication reports Noth left Zoe bleeding and needing hospital treatment after forcing her into sexual activity at Noth’s West Hollywood apartment complex in 2004 after he asked her to bring a book upstairs to him.

Lily went on a date with Noth in New York in 2015. After dinner she says she went back to his nearby apartment where he forced himself on her as she cried.

Noth, whose character was killed off in the first episode of the SATC reboot It's Just Like That, has denied the claims.

For the second December in a row, COVID-19 is causing jitters across NSW in the lead-up to Christmas.

The state recorded more daily cases than ever before on Thursday, with 1742 infections diagnosed in the 24 hours to 8pm on Wednesday.

The escalating case numbers are being driven by super-spreading events at large venues like pubs and nightclubs, exacerbated by the highly-transmissible Omicron variant.

Patients will be allowed visitors for compassionate reasons only and to provide essential needs including palliative care and supporting women in childbirth.

All visitors must be fully vaccinated and follow mask-wearing rules.

"We have temporarily restricted visitors to healthcare facilities due to increasing transmission rates with the emergence of the Omicron variant," NSW Health tweeted on Thursday night.

We have temporarily restricted visitors to healthcare facilities due to increasing transmission rates with the emergence of the Omicron variant. pic.twitter.com/WyrFQhUO3b

The latest significant cluster emerged from a Taylor Swift-themed dance party in the Sydney CBD on Friday.

A series of super-spreader events in Newcastle have caused a wave of infections in the Hunter area, which was responsible for 633 of the new cases. The majority are the Omicron variant.

Premier Dominic Perrottet is adamant he won't go back to the lockdowns and restrictions that dominated before NSW reached its high vaccination rate - currently 93.3 per cent.

Vaccine mandates are now in effect in Queensland.

The Queensland government’s much talked-about vaccine mandate comes into effect on Friday, just as southern states open back up to unvaccinated residents.

From today it's mandatory for all hospitality and entertainment venues and businesses operating at 100 per cent capacity to only allow fully vaccinated staff and patrons in.

Art galleries, festivals, museums, and libraries will all be banned for the unvaccinated, however, essential shops like grocery stores and clothing retailers won't require a vaccine certificate.

Vaccine mandates are now in effect in Queensland, locking out the unvaccinated from pubs, cafes and restaurants. @JessMillward9 #9News pic.twitter.com/79QVkKcFGa

The new rules come into affect as Queensland learns to live with the virus as their borders reopened this week ahead of Christmas.

The state has recorded 18 new COVID-19 cases that've been infectious in the community, with authorities now also considering a return to masks indoors.

Community opposition has been cited as the key factor behind the Morrison government's rejection of a controversial oil and gas drilling project off the NSW coast.

But Prime Minister Scott Morrison insists the coalition remains committed to gas despite refusing the application covering more than 4500 square kilometres between Newcastle and Wollongong.

The government wasn't satisfied permit holders Advent Energy, and Bounty Oil and Gas, could raise the required funds to progress the project in a timely manner.

The federal government has refused a controversial oil and gas drilling permit off the NSW coast. https://t.co/5gx15oYdbi

They had sought a renewal of an exploration licence and permission to undertake exploratory drilling in the area primarily within Commonwealth waters.

Mr Morrison, who has previously stated he was not in favour of the project, cited high levels of community opposition as a key factor behind the decision.

"Gas is an important part of Australia's current and future energy mix, but this is not the right project for these communities and pristine beaches and waters," he said on Thursday.

- The Queen has cancelled her traditional pre-Christmas family party next week as COVID cases spike in the UK.

They've reported a record 90,000 COVID-19 cases and 146 deaths in a single day, as the Omicron variant drives a spike in infections.

- New statistics out of India have revealed that on average 61 'housewives' take their own lives every single day.