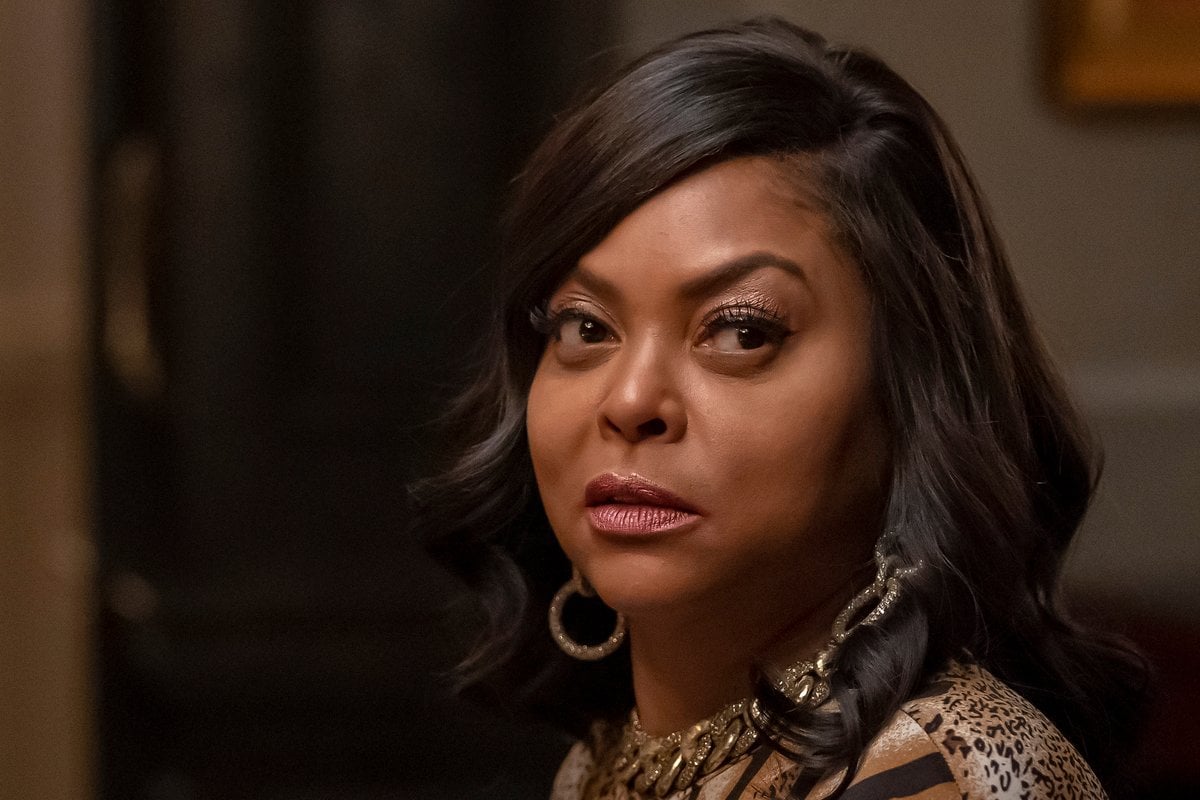 Taraji P. Henson was asleep when the phone call came. It was early morning, January 25, 2003.

Her former partner's mother was on the other end. The moment the woman spoke her name, voice shaking, the Empire star knew. Her first love, the father of her son, was dead.

William LaMarr "Mark" Johnson was murdered during an altercation with a couple in a Washington D.C. The pair, who beat and stabbed Mark to death, pleaded guilty to voluntary manslaughter and were handed just seven years and two months' jail between them.

Taraji was handed overwhelming grief and the burden of having to tell their then-nine-year-old son, Marcell.

Reflecting on that moment for her Facebook Watch series, Peace of Mind with Taraji, the Golden Globe-winning actor said she couldn't find the words to share the truth.

"I couldn't tell him [his father] was murdered, so I told him he died in an accident," the 50-year-old said.

"He was stabbed to death, it was the worst way you could die," she added through tears. "I just didn't have the words. I didn't know how to tell a nine-year-old."

"Later on in life, he found out, and he came back to me and was like, 'Why didn't you tell me my daddy was murdered?' And so then we had to get therapy."

Taraji's relationship with Mark had been a tormented one.

They were high school sweethearts from Washington D.C. and started dating when she was just 17.

After a breakup, during which Mark fathered two children with other women, they reunited, and in 1994, when Taraji was in her third year of university, they had Marcell.

"When I got pregnant in college, people said, 'This is it for her.' But I did not stop. I never missed a class," she told Glamour in 2015. "When I graduated, I carried my son across the stage."

In her book, Around The Way Girl, Taraji writes about the subsequent deterioration of the relationship; the exhaustion, the demanding work schedule, suspicion and escalating tension, and the argument and assault that ended it all.

"The next thing I knew, Mark’s balled-up fist was coming straight for my face. I fell onto the bed crying and holding my mouth; blood seeped off my lips and across my teeth," she wrote. "Droplets splashed across my shoes, the dark red slowly creeping into the fibres of my suede boots. Marcell's screams rose into the air, thick and piercing.

"This is over! Get your shit, and get out,' I growled as I rush toward the phone."

As she dialled her father, Mark packed his bags.

"With that separation," she wrote, "my forever man, my first love, was no more."

Marcell stayed in Taraji's care, but she chose not to cut his father from his life.

After she moved to Los Angeles to pursue her acting career, Marcell would spend holidays with his grandparents in Washington D.C. where Mark could visit. The man became gradually more involved over the years.

The last time the trio were together was Christmas 2002, just three weeks before his murder.

The father and son played tic-tac-toe, and Marcell yelled, upset over losing several rounds to his dad. In her book, Taraji recalled the moment when Mark placed a hand on the boy's shoulder.

"'Let me tell you something, son. Don't you let anger control your life the way it did mine,' he told Marcell. 'Use your head, Black man,'" Taraji wrote.

"What he was saying was practically word for word what my father had told Mark over the years as he struggled with his own anger. I'll never forget the sound of Mark's words or the look in his eyes as he talked to our son.

If you have experienced domestic violence, support is available 24 hours a day. Please call 1800 RESPECT (1800 737 732) to speak to a trained counsellor, or visit the website to chat online.