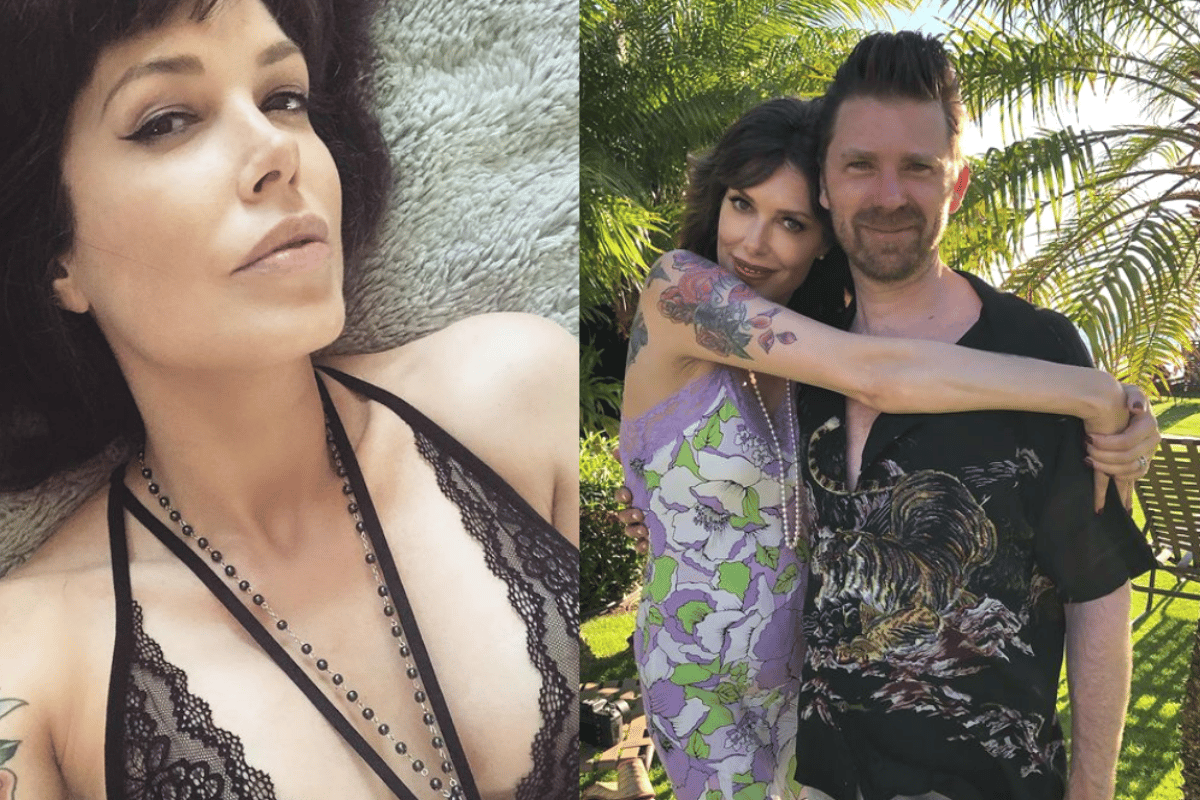 The pair had met on a dating website RSVP back in 2009, before dating apps were a thing.

Moss has been married three times in her life. Once when she was 19 to a man much older than her. Then in her early 30s, she married her second husband.

As Moss said to Mia Freedman on No Filter, "Third time's the charm If it takes a while to get it right, it's worth it."

And 'worth it' it was, with the pair now married and sharing 11-year-old daughter Sapphira together. But the early period of Moss and Sellheim's relationship has a funny story behind it - Moss was kicked off the dating site because she was supposedly impersonating the Tara Moss.

"It was back in the day when there was only one dating site around, there was no swiping right - the ancient days of the Internet when meeting people online wasn't talked about," Moss explained.

So around the 2008-2009 period, Moss decided to start an online dating profile.

At the time, it was fairly uncommon to dip your toe in the online dating world. And for Moss, she was keen to focus on words and connection, so she initially decided not to include an image of herself on her profile. It was also a way for her to meet people without her fame playing a role.

It was on RSVP where Moss met Sellheim.

They developed an emotional and intellectual relationship before Moss shared a photo of herself with him, or the fact she had a public profile.

"I didn't put a photograph on my profile, and there were a couple of reasons for that. I wanted to interact with someone on a different basis and I also didn't want to be recognised and have that be a reason why someone wanted to date me. At that time I felt like I wasn't attracting the right type of people that were like me," Moss said.

"I wanted someone with a similar view of the world and having a public profile wasn't very conducive to that."

Reflecting on the dating scene now, Moss said on No Filter that in this current context she wouldn't be as concerned to not include an image of herself, given so many of us now have strong social media profiles. And of course, now famous people have celebrity dating app Raya to use if they want to bond with fellow celebs.

But for Moss, she wanted someone different. Someone who was a "normal, private person".

During that period of online dating, Moss said she was kicked off the site for "impersonating Tara Moss".

Sellheim - her now-husband - had a complete profile with a bio and images, compared to Moss. So after interacting for a while, she decided to upload her images behind a password so that only Sellheim would be able to see who he was online dating with.

"Just to ease things, [I uploaded the photo]. He never asked me to, but he had no guarantee that I was actually a human being or catfishing. I just felt after a while that would be the fair thing to do. So after I uploaded it, I lost the profile and couldn't access the site anymore," Moss said.

"I found out that I had been booted off for impersonating Tara Moss. Hilariously. And when I called them out on it and provided ID, there was just silence with the look of 'Oh no, what have we done!' So I got my money back, and a husband."

After dating for around a year, the pair decided to wed.

It was Sellheim's first marriage, and as Moss explained, the fact she had been married/divorced twice before wasn't an issue for Sellheim. If anything, it was the fame.

"I think there were lots of things that he had to grapple with and that was probably the least of them [that I had been married twice previously]. I think the fact I had a public profile at that time and there were like paparazzi trying to catch us together was the weirdest thing [for him]. He is a normal private person, and that was not something he wanted to change," she said.

But for Moss, her celebrity was part of the package deal.

"I kind of like that he wasn't into the whole thing," Moss said on No Filter.

In 2011, Moss and Sellheim welcomed their daughter and only child Sapphira into the world.

And Sapphira recently celebrated her 11th birthday, with Moss writing on Instagram: "11 years ago I gave birth to a true soul mate. You continue to surprise me each day. You teach me, support those around you, and make us laugh. Your creativity and compassion inspire. And you are the best partner in crime. Every moment spent with you is a gift."

Just before the pandemic, the family decided to temporarily relocate to Moss' native Canada, particularly because Moss' father and step mother are getting older.

"They deserve to have lots of time with their granddaughter, Sapphira is the only grandchild in the family. She grew up in Australia and I want her to have some of her childhood here in Canada too like I did. It's been a real joy to walk those familiar streets and take her to parks I went to and see places that I remember from being her age - that's been so beautiful."

She continued - "This is the time to do that now. I'm embracing it, and it feels like the right place to be."

Listen to the rest of the bonus episode of No Filter where Mia Freedman speaks with Tara Moss about being a romantic.  Exclusive to Mamamia subscribers, listen here.