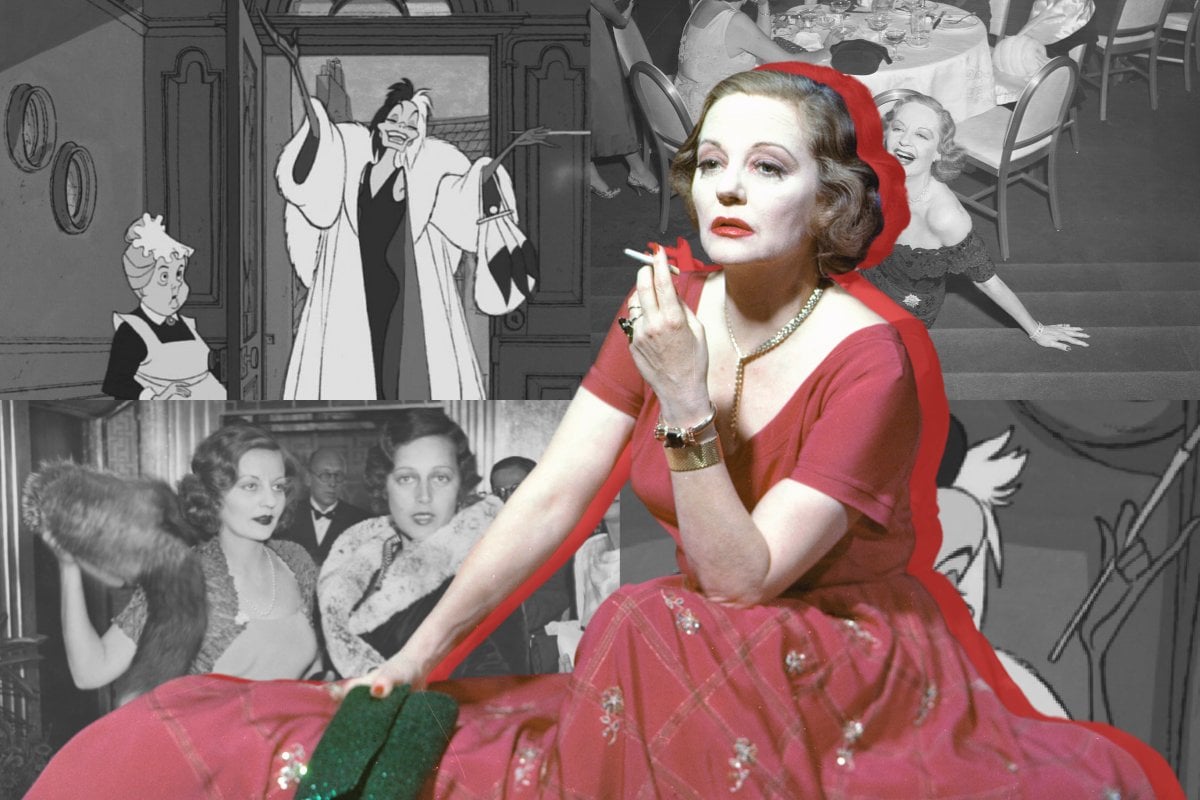 Disney animator Marc Davis once told of his inspiration for drawing Disney's Cruella De Vil, one of pop culture's most recognisable, enduring villains.

He looked to real life "bad" women, and while he said there was a number of different people who he kept in mind while drawing her, only one name made it to print.

Watch: The trailer for Disney's Cruella. Post continues below.

Big, bad and bold, her name topped the "Doom Book", a blacklist by American censor Will Hays which listed performers "unsuitable for the public".

Bankhead didn't murder puppies, but in other ways she represented the perfect Cruella. However, her life was certainly not Disney-friendly.

Bankhead was born into the Brockman Bankhead family, a prominent Alabama political family, on January 31, 1902. A series of throat and chest infections as a child left her with a raspy voice which would later become her trademark.

An unruly child, she was sent away to convents and expelled twice: once for throwing ink at a nun, and another for coming onto one.

At 15, Bankhead submitted her own photo to film industry magazine Picture Play, winning a small part in a movie and a trip to New York.

She was allowed to go only by promising her father, a Congressman, she'd abstain from men and alcohol.

This left her with a handy loophole: "He didn't say anything about women and cocaine," she famously said, adding in her autobiography that she kept at least part of her promise as she was a self-described "technical virgin" until 20. 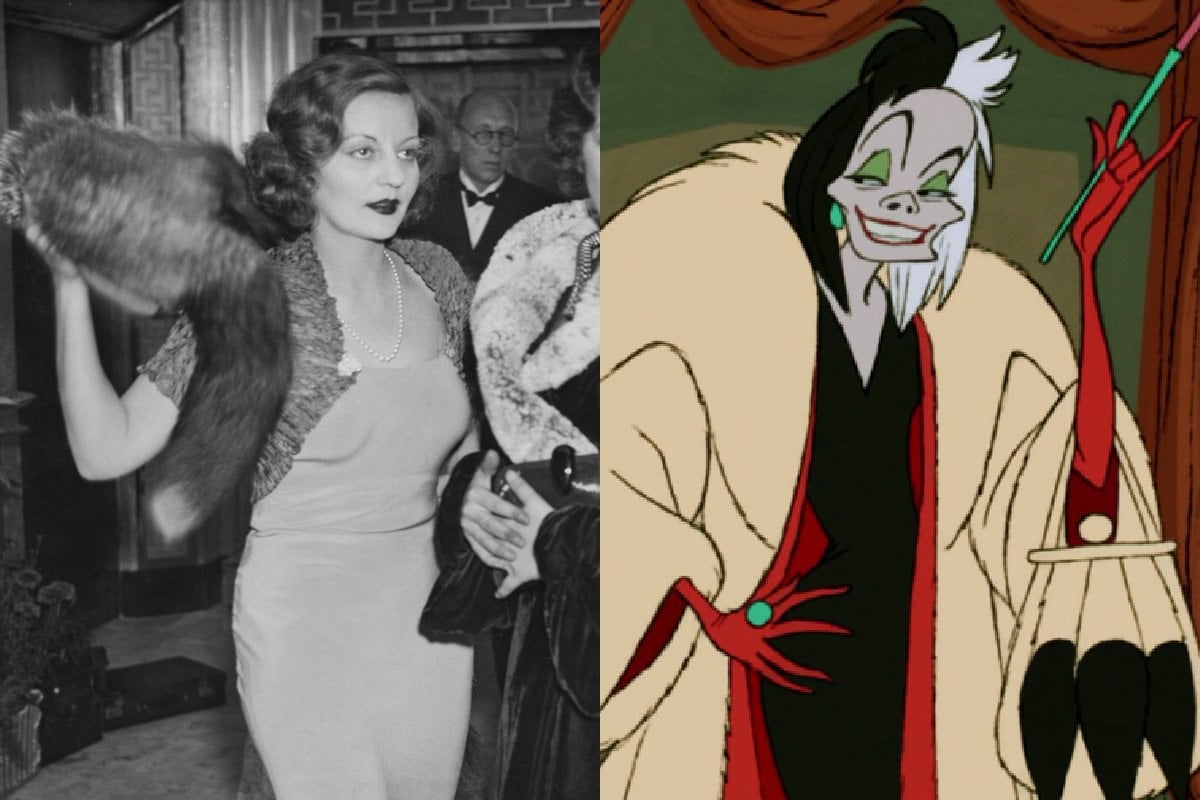 In New York, Bankhead moved into the famous Algonquin Hotel, a hotspot for the artistic and literary elite of the era, and was quickly rubbing shoulders with the rich and famous.

After several years starring in films and on stage in New York, Bankhole's acting was praised, but she had not yet scored a big commercial hit.

So, she moved to London in 1923, where her stardom grew. Her fame heightened in 1924 when she played Amy in Sidney Howard's They Knew What They Wanted. The show won the 1925 Pulitzer Prize.

But as much as Bankhead was admired for her career, she was best known for her antics off-stage or screen.

She cruised around London recklessly in her Bentley. Not great at directions, she would pay a taxi-cab to drive to her destination while she followed behind in her car.

And wherever she arrived, a loud, cackling tornado of chaos followed her. 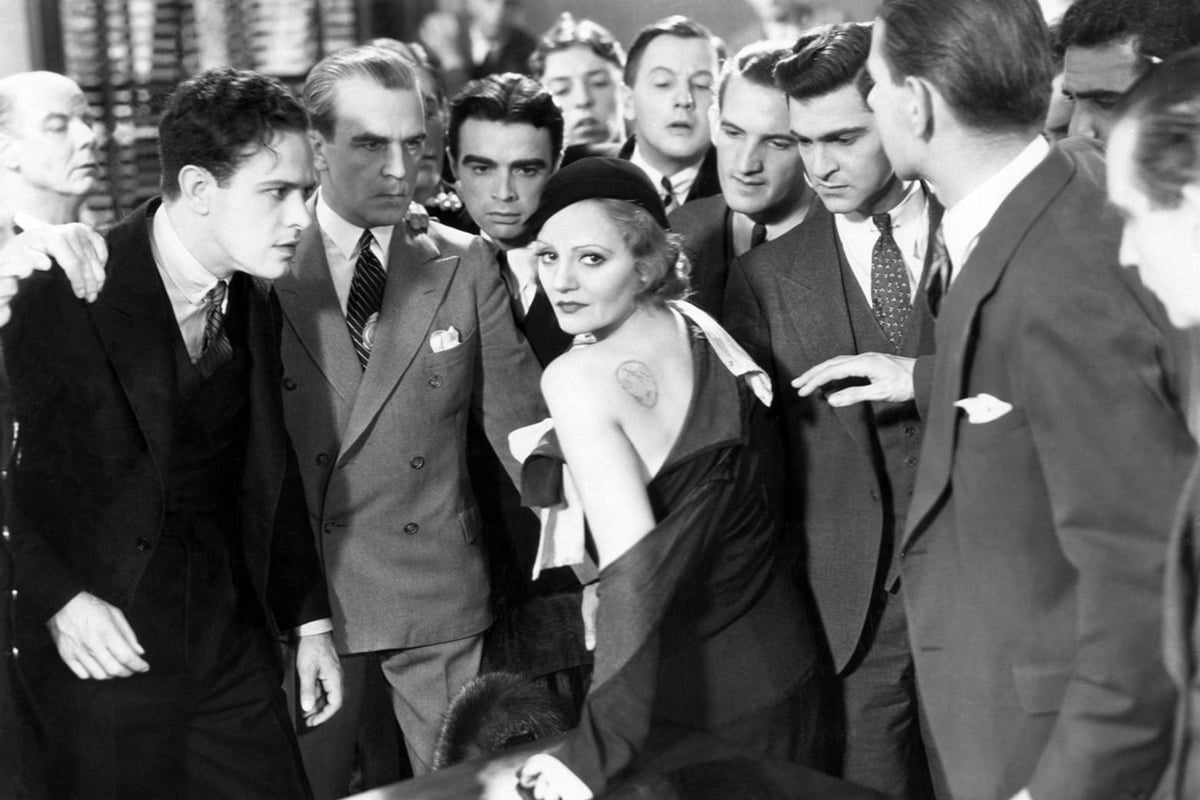 In her personal life, Bankhead struggled with alcoholism and drug addiction; she reportedly smoked 120 cigarettes a day and often talked openly about her vices.

She also openly had a series of relationships with both men and women, including some very famous female personalities of the day.

Rumoured among them were Greta Garbo, Hattie McDaniel and singer Billie Holiday.

"I'm serious about love. I'm damned serious about it now," she was quoted as saying in an interview with Motion Picture magazine in 1932.

These remarks landed her in Hays' "Doom Book", which, ultimately helped with the creation of Disney's villain.

She had no children and underwent four abortions before an emergency hysterectomy after contracting gonorrhoea in 1933, when she was 31. It's rumoured the infection came from famed actor Gary Cooper, but Bankhead was so open about her promiscuity that it was impossible to know for sure.

Bankhead married actor John Emery on August 31, 1937, but they divorced in 1941. She later confessed that she never actually loved him, and the marriage was mostly to placate her father who by that time had been elected Speaker of the House. 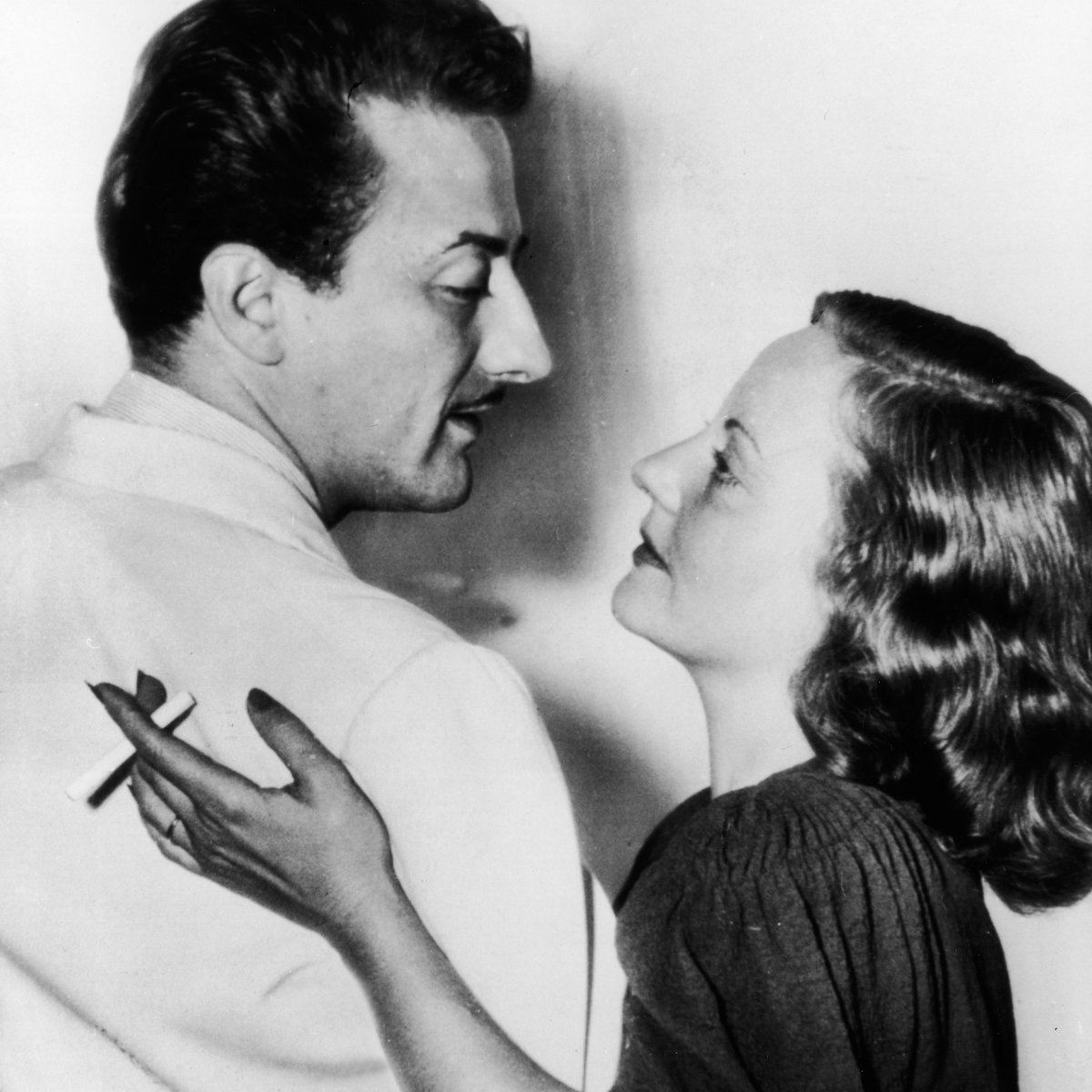 The day her divorce became final, soon after her father's death, Bankhead told a reporter, "You can definitely quote me as saying there will be no plans for a remarriage."

By 1950, Bankhead's fame was at its peak but her health was on the decline. Her lifestyle of up to two bottles of bourbon and 100+ cigarettes a day was slowly killing her.

Rather than stop, Bankhead compromised. Barely.

"She added ginger ale to the bourbon and substituted her usual brand of cigarettes for 150 cork-tipped ones," biographer David Bret wrote.

But she never gave up her favourite party trick - getting naked.

The health issues caused her to miss out on key roles originally written just for her, including Margo Channing in All About Eve, which was played by Bette Davis.

Davis played three roles on film that had been originated by Bankhead in theatre: Dark Victory, Jezebel and The Little Foxes, much to Bankhead's frustration. 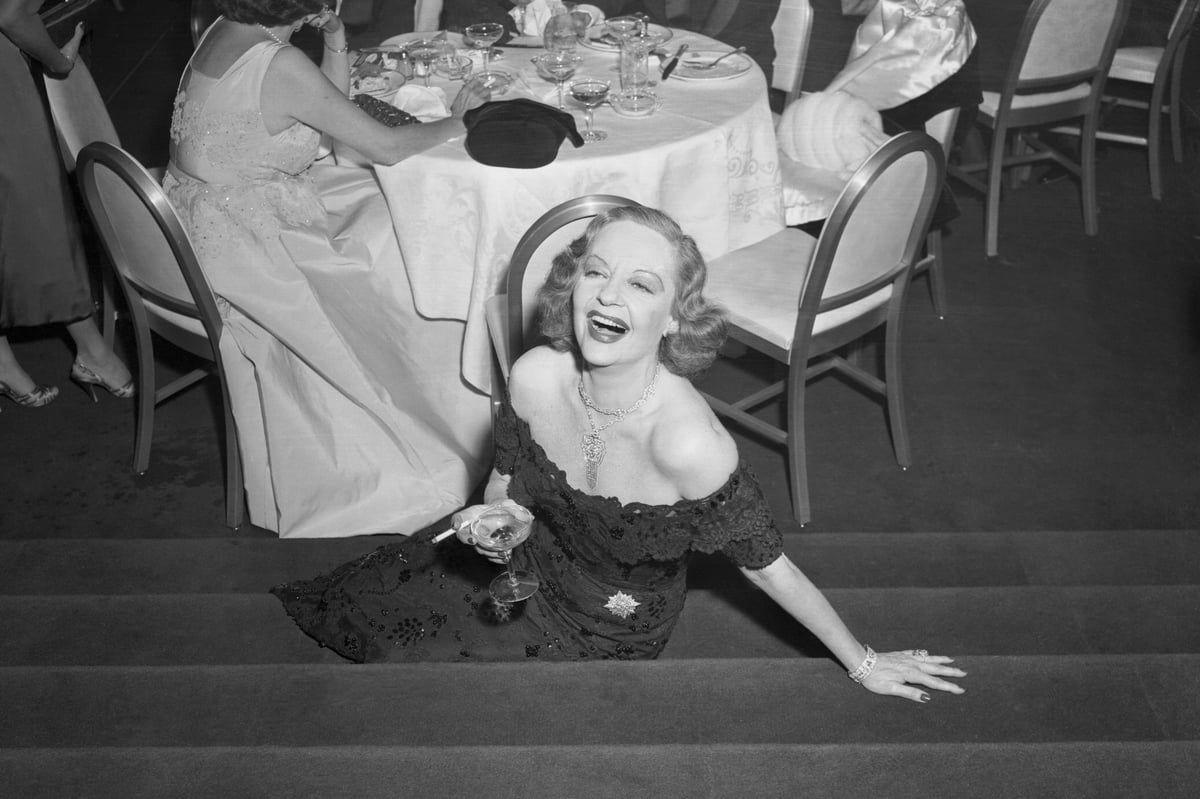 She was bitter and hostile, calling Davis "that hag" and dubbing All About Eve 'All About Me'.

Bankhead was 58 when One Hundred and One Dalmatians was released.

As animator Davis told the LA Times, Cruella was not a straightforward villain.

"She's scatterbrained and selfish; she never stops to think. I don't imagine murdering dogs was ever on her mind - all she saw was the fur coats she wanted to make out of them. The fact that she's pitted against the other characters eye to eye, mind to mind, made her an interesting character to work with."

Bankhead died aged 66 in 1968 of pneumonia, complicated by emphysema and malnutrition, having never spoken about being the inspiration for the Disney character.

But what Bankhead loved more than anything was attention and publicity.

She was deliberately outlandish and sought it wherever she could, so to be the person behind one of the world's most recognisable characters? She'd probably cackle her infamous laugh.

After all, she often remarked about what she hoped would happen once she was gone.

"I don't care what they say about me after I'm dead," she said, "so long as they say something."