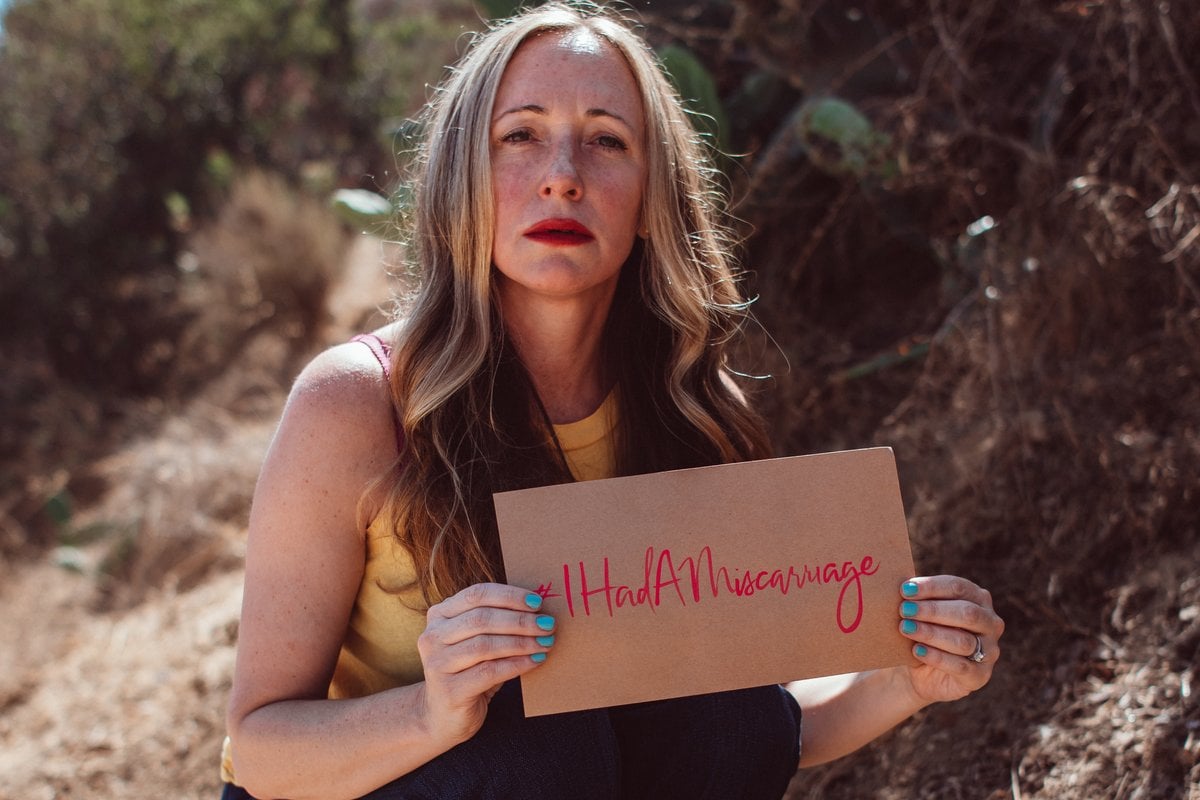 Sixteen weeks into her second pregnancy, psychologist Jessica Zucker miscarried at home, alone. This is an edited extract of her book, I Had a Miscarriage: A Memoir, a Movement.

I braved it. A world that had spinned madly on as I endured the worst trauma of my life.

A world that had simply maneuvered around me that fateful day on the side-walk, when I clutched the plastic bag holding the remains of my daughter and squeezed the blood-soaked towels between my thighs.

A world that doesn’t much like talking about miscarriage, let alone a baby dying and falling out of your body in your home.

I didn’t feel like I belonged to this world. I didn’t believe this world wanted to belong to me.

My forlorn body - on display as I ventured into requisite pleasantries at preschool pickup - slumped as I said my hellos.

Still bleeding and required to wear a clunky pad, I felt like a teenager again - a gawky stranger in my own skin, confused by a body I didn’t fully understand.

Excruciating reminders of what was and then what wasn’t, and also, what definitely shouldn’t be: belly hollowing, hormones blazing, blood continuing.

Smiling fellow-mum acquaintances uttered niceties - the usual hellos and how are yous - as, unbeknown to them, the aftereffects of my loss ravaged my should-be pregnant body.

In more ways than one, I was still stuck on that sidewalk, shouting the details of my loss to my sister over the phone as people simply carried on around me. This time, it was my body shouting. In pain. In anguish. In anger.

As I not-so-gingerly shared my story with other friends, family, and random people who remembered I was pregnant, I increasingly became more stunned by the reactions - the actions and inactions of people around me.

All I yearned for were authentic yet simple pleasantries. Even just a plain “How are you feeling?” would suffice. Four words. Nothing more.

Instead, I heard variations on “You’re so strong, you’ll be fine. You’ll get through this.”

On no Filter, Mia Freedman discusses coping with pregnancy loss. Post continues below.

I didn’t want pity or saccharine sympathy, of course. And I certainly didn’t want to enter into a trauma-off, which so often seemed to be the outcome - women comparing their loss stories to mine.

Examples abound, but there’s one in particular that sticks out: A woman I didn’t know messaged me on Instagram following her scheduled D&C to extract a pregnancy she lost at eight weeks.

She said something to the effect of, “My D&C went smoothly. It was not as big of a deal as I thought it would be at all. I went to sleep; didn’t feel a thing. Woke up and it was done. Just like yours but two months earlier.”

I was taken aback and naturally thought that she must’ve messaged the wrong person. But she didn’t. She meant to reach out to me.

It was a human mistake, of course, to assume our experiences were similar. But it alerted me yet again to the ways in which we reflexively compare and contrast loss experiences - an outcome of our painfully inadequate understanding of death, grief, and trauma.

Because in the absence of understanding, it seems, we’re left to rely on the context of our own experiences, and often make the mistake of using what we’ve endured as a way to gauge what we believe other people should endure as well.

The common refrain is “I made it through this, so you can too.”

What is meant to come off as support is in actuality dismissive.

Let’s aim to refrain from assumptions and, most especially, from minimising or magnifying these grief-stricken journeys.

As a psychologist, I’ve seen this so many times in my office, women saying some variants of: “I feel like I should be over my loss by now. I was only six weeks along. It could have been so much worse.”

“At least it was early.”

“At least I know I can get pregnant.”

“At least my milk didn’t come in.”

“At least I didn’t feel the baby move.”

“At least I wasn’t overly attached.”

“It feels indulgent to feel this.”

It’s a base impulse, to compare, but it really doesn’t serve anyone.

Why does it matter whose suffering is “worse”? And is this even a thing, comparing and contrasting pain? Pain is pain. Grief is grief. Incalculable at their best, sadistic at their worst, pregnancy outcomes surely don’t lend themselves to a discrete or linear hierarchy.

No one wants to find themselves atop a mountain of pain, shouting, “I win! My loss is the worst-possible scenario. Worse than yours and yours and also yours!”

With patients, I used - and still use - a careful response: “Your pain is just as real and valid and important as anybody else’s.

Your loss matters because it is your loss. Your hope, dashed. Your body, grieving. Your sadness. Your love.

Try to resist the urge to compare and contrast. There needn’t be a loss/grief hierarchy. It only serves to minimise your experience.

Face your pain without distracting it by somehow making it less than. Or too much.

You are significant. Your heart is shattered. Lean into the ache. It’s yours.

Jessica Zucker is a Los Angeles-based psychologist specialising in reproductive and maternal mental health. Jessica's writing has appeared in The New York Times, The Washington Post, The Guardian, New York Magazine, and Vogue, among others. Dr. Zucker is the creator of the   #IHadaMiscarriage campaign. Her first book I HAD A MISCARRIAGE: A Memoir, a Movement is available worldwide (Feminist Press + Penguin Random House Audio). 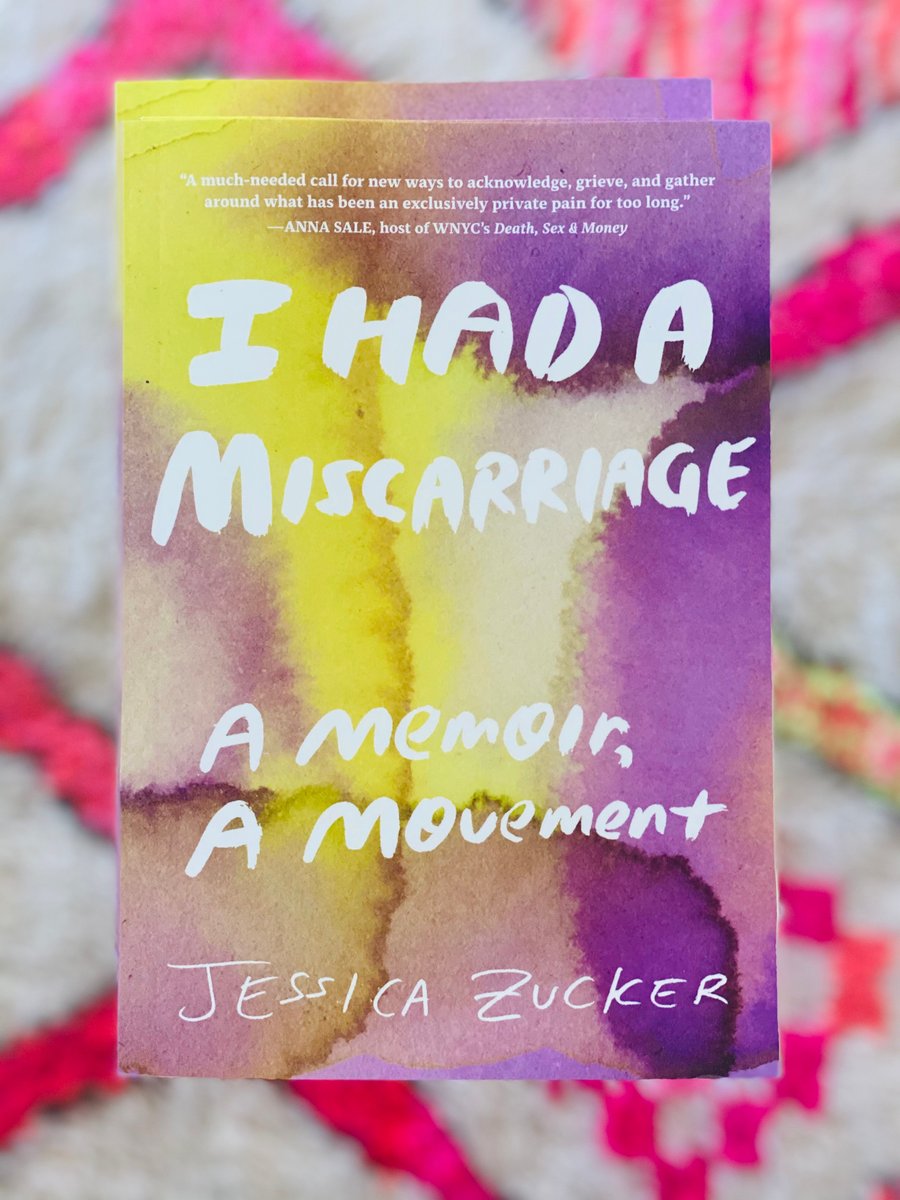