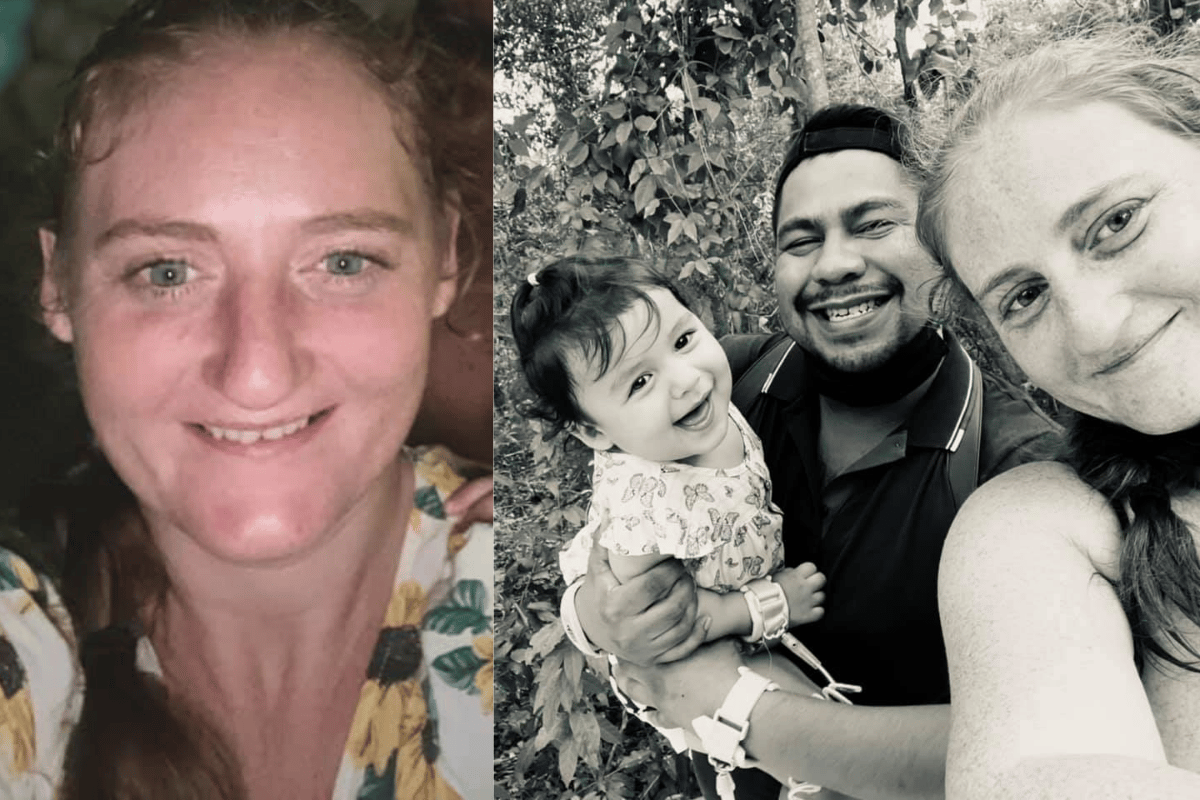 The disappearance of Tahnee Shanks has been the centre of headlines and news attention across the globe – but particularly in Australia and Mexico.

The Australian woman had been living in Merida, Mexico with her partner Jorge Aguirre Estudillo. The pair have a daughter together – two-year-old Adelynn. And while taking their daughter on a holiday in Cancun last week, things seemingly took a turn.

On Sunday May 1, Cancun locals found Adelynn alone outside a church. An urgent message was then posted to Facebook alerting the local community that a child had been found unattended.

Investigators now believe Adelynn was "dumped" at the church by her father late at night, leaving her to wander the streets. The fear is now for the safety of her mother, Tahnee, who has been reported missing.

Tahnee's life in the lead up to her disappearance.

Tahnee was born and raised in The Whitsundays region of Queensland.

When she was 18, she went overseas to travel. While in Mexico, she met her daughter's father and the family have remained in the country ever since. Tahnee's brother Daniel has since revealed that recently Tahnee was trying to relocate back to Australia.

"Tahnee's been trying to get Addy home to Australia for months now," he said.

Jorge Aguirre Estudillo and Tahnee had reportedly split up, after Estudillo had been involved with another woman and got her pregnant. That woman has been in contact with Tahnee's Australian family since.

After the messy breakup, Tahnee was trying to come back to Australia with Adelynn, and Daniel has said that Estudillo had "agreed to sign the paperwork for her to come home". Tahnee was then waiting to receive her toddler's passport and had booked plane tickets to arrive in Australia on June 22.

But in early May, Daniel grew worried when he couldn't reach his sister. 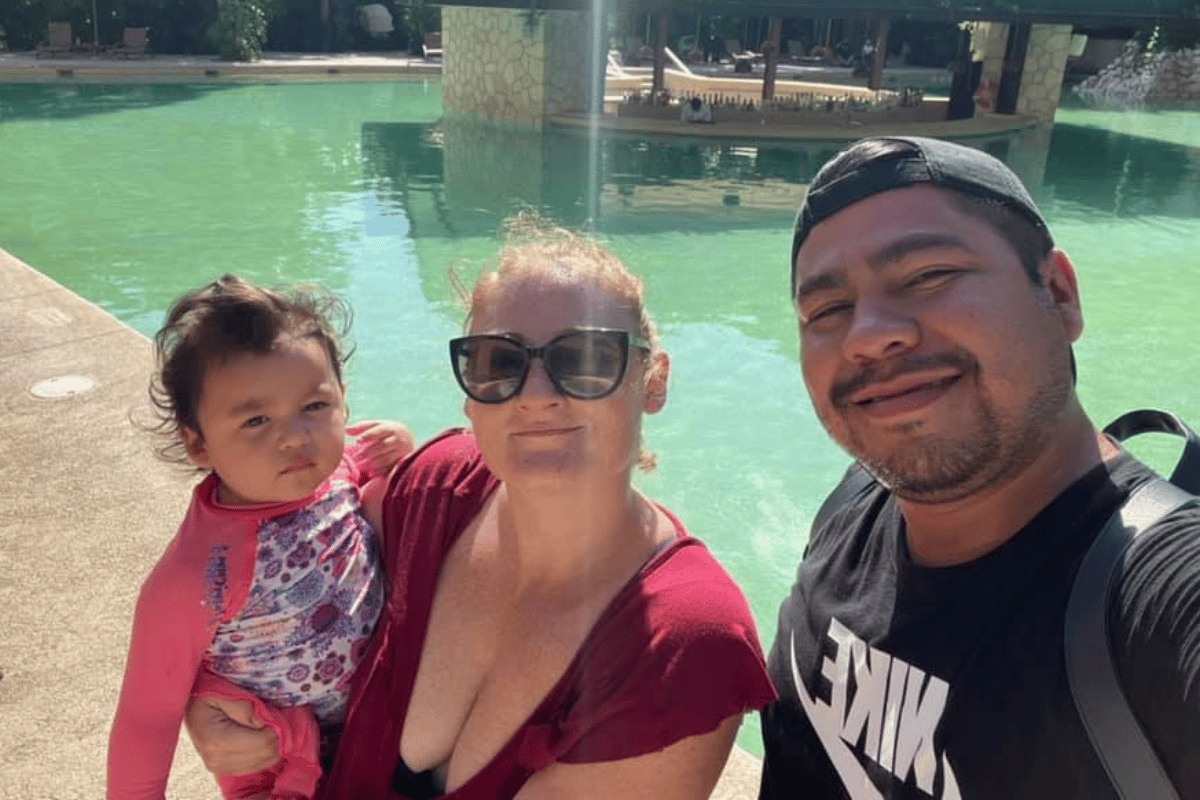 Once Adelynn was located and safe, she was put in the care of child protection agency DIF.

Witnesses say they saw a man pass Adelynn to a stranger in front of a church. Witnesses have also alleged that the man they saw Adelynn with was her father.

Daniel discovered via a Facebook post that Adelynn had been abandoned, with a news alert going viral that his niece had been found wandering alone near a church. He had been alerted by a previous ex-boyfriend of Tahnee's who had got in touch with Daniel after recognising the young girl. When Daniel then saw the images of Adelynn, he immediately knew it was her.

"We contacted them [the person who posted] straight away to let them know who she is," he said. "She was just apparently walking the streets of Cancun with no parental supervision."

Daniel grew worried, as his recent communications with Tahnee via text message didn't feel right to him. Almost like he was speaking to someone else.

"The online messages said she was in a small fishing village with bad reception. The messages didn't seem right… I'm assuming I was talking to him," Daniel told the ABC.

UPDATE: An abandoned toddler is now in the custody of her Australian relatives in Mexico. 2yo Adelynn has been issued an emergency Aus passport.
The search for her mother continues.@9NewsAUS pic.twitter.com/fJpaQyJaEB

As investigations began into how Adelynn had been left on her own, it was soon realised that Tahnee was unreachable. Tahnee's other brother, Ben, spoke to 7News about his sister's disappearance, saying his family and friends are fearing the worst.

"She's never off social media and she would never leave that girl. That's the scariest thing. We know Tahnee wouldn't leave that girl on her own. We don’t know whether she's lost or not wanting to be found, or it's suspicious and something bad has happened. We're fearing the worst. Addy is her whole life. For this to happen is just tragic and heartbreaking."

Daniel said to 2GB: "To be honest, I think she's already gone."

As a family friend wrote on social media, "She is a very dedicated mother and would never abandon her daughter. Something serious had to happen for the little girl to find herself alone."

Ben and his family then decided to file a missing person's report with Mackay Police in Queensland, to help locate their loved one. Mackay Acting Inspector Anthony Cowan said authorities have been unable to get in contact with Tahnee or her ex-partner.

"We have absolutely no idea of their whereabouts at the moment. The only thing we have is the child’s been located and we can’t contact or find the parents," he said earlier in the week.

A spokesperson from the Queensland Police Service also said their organisation was liaising with the National Missing Persons Coordination Centre, and the Department of Foreign Affairs and Trade to communicate with Mexican authorities. 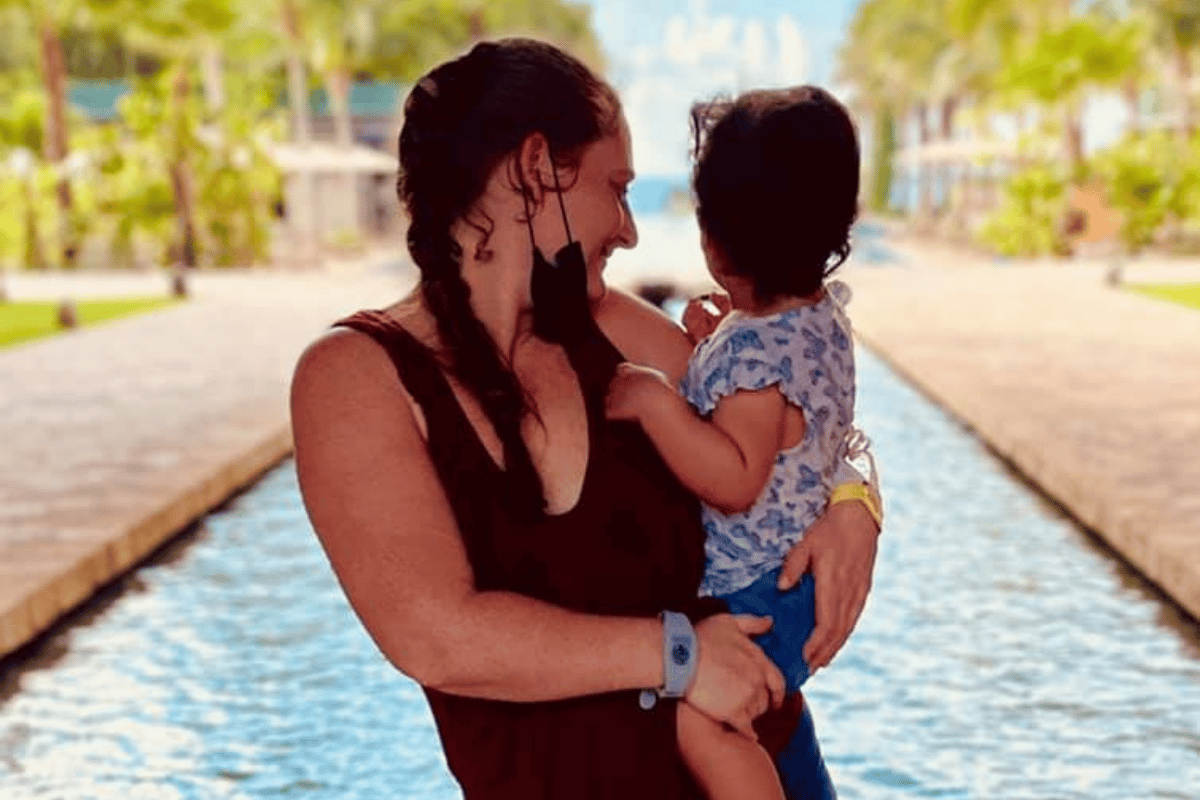 Adelynn is reunited with Tahnee's family.

Over the weekend, Tahnee's mum Leanne and brother Ben travelled from Queensland to Mexico to see Adelynn.

Adelynn had received an emergency Australian passport in order to be brought back to Queensland. Leanne told reporters outside the departure terminal that it was "breaking her heart" to leave Mexico without her daughter.

"I just can't even grasp what's happening. At the moment we can't even even get our heads around it. We're leaving knowing that Tahnee is getting searched for in a very professional way," they said regarding the Mexican authorities' investigation.

Adelynn had previously been cared for by Mexican child welfare authorities before her relatives arrived.

From the sounds of reports, Adelynn hasn't had much contact with Tahnee's Australian family due to the pandemic and border restrictions.

While police won't say whether Estudillo is a suspect in Tahnee's disappearance, they're looking closely at "his personal life, business dealings and criminal background".

UPDATE: An abandoned toddler is now in the custody of her Australian relatives in Mexico. 2yo Adelynn has been issued an emergency Aus passport.
The search for her mother continues.@9NewsAUS pic.twitter.com/fJpaQyJaEB